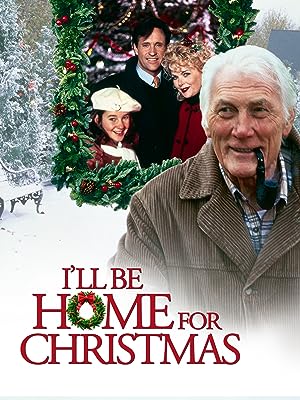 RomComConnoisseurReviewed in the United States on December 16, 2021
5.0 out of 5 stars
Behold the philosopher child. Great Dog too.
Verified purchase
For starters let me say this was an excellent film. Only about 6% of movies I view get the highest possible rating and this cleared that bar in spades. Few blow me away, but honestly that was how I felt when it ended with me basking in its after-glow.

But what about the the philosopher child. The daughter Gracie (Giselle Eisenberg) was adorable and a big part of what kept me smiling and chuckling. But there was one scene where she approached the threshold of being wise beyond plausible for a child her age, uttering lines worthy of a great and wise Sensei. The barrier was not crossed, but it was toyed with, and actually ended up adding charm to this great film.

Ms. Eisenberg has the potential for a brilliant acting career if she sticks with it and does not go the way of Lindsay Lohan or Macaulay Culkin (messed up).

This whole production was first rate. The leads were very good, and James Brolin was great. He also directed and brought with him the vocals of Barbara Streisand, which simply steps the whole thing up a notch or two.

This touched me on so many emotional levels, and really hit the mark.

KristenReviewed in the United States on January 1, 2022
3.0 out of 5 stars
Good with Issues
Verified purchase
I liked this movie up to a certain point. The father was absentee and instead of him making amends, the daughter does the apologizing and rearranges her life to accommodate him. As long as he's getting his way, he will grace her (and her daughter) with his presence but at any hint of accountability he's threatening to hit the road. I don't think that's a good example to the daughter either. The boyfriend is just kind of a blah character then there's the potential new love interest who openly flirts when he knows she's in a committed relationship. This movie is well done but there's a lot that rubbed me the wrong way.

J. OlsenReviewed in the United States on October 28, 2009
4.0 out of 5 stars
A Hometown Christmas
Verified purchase
This isn't a deep or extremely dynamic movie, but it is good and I thought it was fairly well done. You can nitpick over little things, but overall it was worth watching and I enjoy being able to see it whenever I choose. The acting of the lead characters is excellent, including the young girl.
St. Nicholas, Iowa is a small town in need of a doctor or the hospital will have to be shut down. Beautiful Ann Jillian plays the mayor and town vet who is also trying to stitch up an occasional human patient. Robert Hayes plays the town's favorite son who went away and became a doctor. Everyone thought he would return, but instead he married and settled into a job in a large hospital in the city. His wife died a few years ago and now he and his daughter are going home for Christmas for the first time, while he tries to overcome the demons that are shaking his confidence in his own ability as a doctor. Jack Palance is amazing as his father who does what he can to encourage him to reunite with his old high school flame (Ann Jillian). Rather than explain to anyone that he is struggling, he makes up a story about getting a promotion and having to hurry back to work and he runs back to the city, but not to a promotion. Unable to overcome his insecurities in the operating room, he turns in his scalpel for a desk job in administration. Things come to a head when his dad, who came to the city with them for Christmas, needs emergency surgery and his daughter pleads with him to help grampa.
Will the eccentric townspeople of St. Nicholas have to close their hospital? Who will have the honor of being the "grand electrician" who lights the town's Christmas tree on Christmas Eve? And why is Janet, the pig, off her feed? Just a good, old-fashioned small-town Christmas the whole family can enjoy.
4 people found this helpful

P. ConableReviewed in the United States on January 2, 2008
5.0 out of 5 stars
Warm & Pleasant Christmas Story
Verified purchase
This is an enjoyable, warm and pleasant family film for anytime to view. The roles were done well. Ann jillian always gives a good performance & does in this role as a hometown veternarian who loves the community in which she lives. She is loved & respected by many. Along comes a widowed father of a young girl back to the neighborhood & his father's (Jack Palance)home as he has encountered some emotional obstacle to his professional ability in medicine. Ann Jillian helps them all to meet the problems ahead and thicken the plot so that the developing story brings high & low moments to a good resolution. How she does it is a good story. I had seen it on TV several times & can look at it again every so often.
12 people found this helpful

gellerfanReviewed in the United States on January 15, 2012
5.0 out of 5 stars
a christmas treasure
Verified purchase
What is a good Christmas movie? It should be a good story, a good cast and make the viewer feel warm and misty- this hits each mark with gusto. In this age of dozens of dreck (rememember when there were but a decent few gems, instead of the Xmas movie of the day from Hallmark or ABC Family Channel) "IBHFC" should be on your calendar each year.
Featuring a venerable cast including a curmudgeonly, but surprisingly great Jack Palance, Ann Jillian, Robert Hayes and Ashley Gorrell the plot centers around the widowed Hays as a doctor whose lost his mojo and returns to his small hometown of St. Nicholas, Iowa with his daughter in tow to visit his aging dad Palance. The town is in desparate need of a doctor to replace the deceased physician or its hospital is in jeopardy of closing, foreshadowing the demise of the town, so the town led by the Mayor (and local veterinarian) Jillian, Dr. Mike's childhood sweetheart joins together to woo him and his daughter to return and stay forever home for the holidays.
Facing professional struggles and having lost his way, Dr. Mike finds support and love and a renewal of faith and his daughter- " former child of the big city" discovers a relationship with her grandfather and love for small town life and values.
Surprisingly warm and fuzzy, IBHFC generates a warm holiday glow and enough drama and warmth to make the viewer teary eyed yet not morose. great that it is now available at a resonable priced general release on DVD.
This one has become a staple on our holiday viewing list and it should be on yours. Fun to see Palance - known for his evil incarnate movie persona in such a warm role.
One person found this helpful

Thom H.Reviewed in the United States on January 12, 2015
4.0 out of 5 stars
Good holiday movie....
Verified purchase
One of a number of made for TV movies that used to be on every holiday season. Since it's not a classic, it appears to have been "tilled under" in favor of newer Christmas themed TV movies. My wife was mentioning it recently and when I searched for it on Amazon, I was surprised to find it! My wife and I enjoyed seeing it again, and it will go into my library of holiday movies to haul our yearly to watch again and again with our own personal "Dinner and Movie" night..
One person found this helpful

MZReviewed in the United States on February 23, 2021
5.0 out of 5 stars
Great Movie!
Verified purchase
I have been watching this movie for years at Christmastime. I taped it on a VHS tape and I can now get rid of that bulky tape. This is a good, wholesome family movie.

Ronald G. TaylorReviewed in the United States on March 5, 2014
5.0 out of 5 stars
I'll Be Home for Christmas
Verified purchase
We enjoy watching Christmas movies during the holidays. We have also had really good experiences with Hallmark, and have rarely been disappointed. What a wonderful way to teach a child that even if a person is old, doesn't mean he can't be loved. It is also good for grandparents to see the way the Grandfather dealt with his granddaughter in patience and understanding. Just a good, clean fun movie that we will enjoy over and over again.
2 people found this helpful
See all reviews
Back to top
Get to Know Us
Make Money with Us
Amazon Payment Products
Let Us Help You
EnglishChoose a language for shopping. United StatesChoose a country/region for shopping.
© 1996-2022, Amazon.com, Inc. or its affiliates