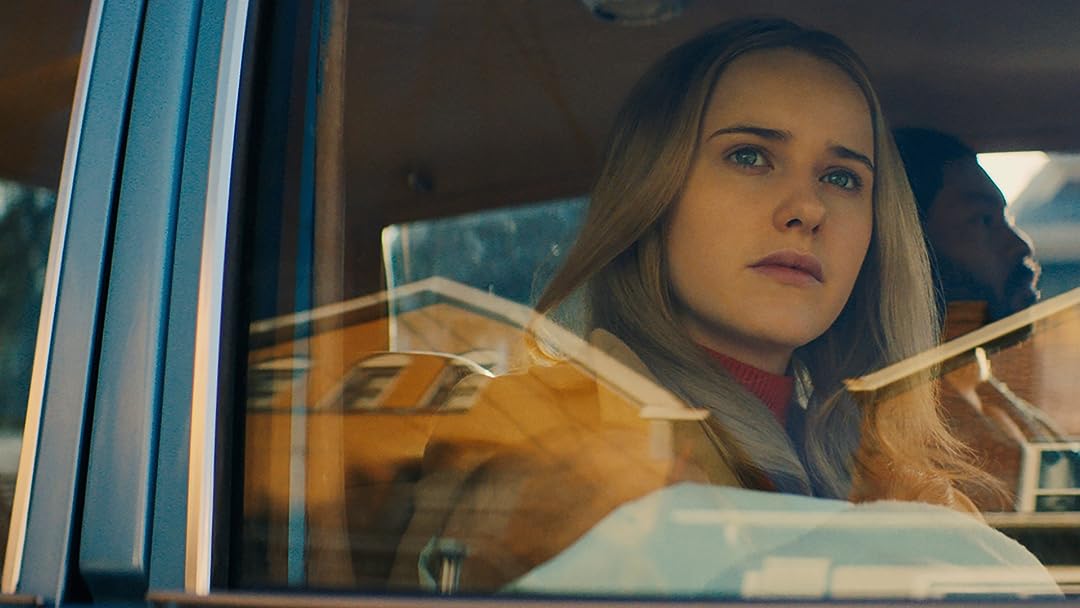 (1,623)6.22h2020X-RayHDRUHDR
In this 1970s set crime drama, a woman is forced to go on the run after her husband betrays his partners, sending her and her baby on a dangerous journey.

JenniferReviewed in the United States on December 11, 2020
5.0 out of 5 stars
Fantastic
Verified purchase
This is an absolutely fantastic movie, a slow-burn drama without the idiotic ham-fisted canned emotion and forced humor that turns so many other dramas into stupidity. This has some real, nerve-jangling suspense and the terror of having to decide and act with no knowledge. True old school classic days of Hollywood quality with an original plot premise, an honest-to-god Joseph Campbell Hero's Journey, and cinematography so good it'll knock your socks off. The actors manage to convey enormous depths of emotional complexity with the tiniest of movements and expressions.

If you're a nitwit just looking for some explosions and idiots shouting drivel, pass on by, this movie is not for you. If you're looking for something smart and complex that truly speaks of the surreal union of life and death, this is the movie for you.

Geonn W. CannonReviewed in the United States on December 11, 2020
1.0 out of 5 stars
Slowest movie of 2020
Verified purchase
This movie is painfully slow. It could have been edited down to less than half its runtime, and you wouldn't miss anything. Basically you spend two hours watching a woman walk around with a baby while a more interesting, exciting movie happens in the next room. I can't even claim there are good performances because, honestly, I spent two hours with Jean and she seems to have *zero* personality at all. She lets people take her places where things happen to her and she reacts to them. There's maybe 20 minutes of actual action (not talking about shoot-em-up-explosion type action, I mean like characters *doing* things) in the entire movie. Waste of time.
318 people found this helpful
Report abuse

command-ZReviewed in the United States on December 11, 2020
4.0 out of 5 stars
Stylish and Suspenseful
Verified purchase
I dug this film, it's got that late 70s to very early 80s vibe. It's a fresh indie take on the gangster genre, a story told from the perspective of a character who usually doesn't get much attention. It's a slow noir-ish burn, which might not be for everyone. Personally, I appreciated the suspense of seeing the story from the protagonist's limited perspective and struggles. Ultimately the story, like all good gangster films, ramps up to an exciting and satisfying resolution.

I thought Rachel Brosnahan and Arinze Kene were excellent portraying people reluctantly doing their best in a desperate situation. Pardon the pun, but after years of Mrs. Maisel it was marvelous to see Brosnahan flex her dramatic-thriller skills, this character reminded me of her role in House of Cards. As I mentioned, this film has a good sense of period and style, but it's tastefully subtle, competently shot and edited with a sense of control. Being born in the 70's, for me the art direction really stood out, it's immersive in its attention to detail without relying on heavy handed cliches like so many films do.

Ignore the 1 star reviews, when they're this early they're typically motivated by an agenda. Or they're written by immature viewers lashing out every time they don't find the spectacle they're conditioned on.
225 people found this helpful
Report abuse

FlowingRiverReviewed in the United States on December 11, 2020
4.0 out of 5 stars
Women's perspective, accurate portrayal of the silence of trauma
Verified purchase
Most gangster movies are written for the men, the women are just sort of disposable or sex objects, or sometimes the good wife or mother. Here you see how a woman being thrown into this life may respond. Initially she is very much in denial, but having a baby to look after, even as initially she is mostly frozen in the immobilization of PTSD, she begins to figure out how to survive with the help of another family who found love and kindness in the midst of the trauma wasteland of the criminal world. The 70's music, cars, fashion was a real bonus. It is also sort of amazing to see a world again in which there weren't cameras on every corner, no phones in everyone's pocket, it seems like it is somehow a more direct relationship with life, a place where things could still happen without everyone knowing...
217 people found this helpful
Report abuse

SHEEPReviewed in the United States on December 11, 2020
1.0 out of 5 stars
first 15
Verified purchase
first 15 min of the baby crying, with no plot drove me insane! not sure I'll recover.
196 people found this helpful
Report abuse

VickiReviewed in the United States on December 11, 2020
5.0 out of 5 stars
Mrs. Maisel's Rachael Brosnahan keeps it fantastic.
Verified purchase
I am a movie lover and have been for many years. Rachael Brosnahan is a fabulous actress who can hold her own. Not only can she be hilarious and take you back to the sixties era, but she can be relentless in drama as in (I'm your woman) where she showcases her talent once again in a gritty drama about what it was like in the 70s when the man you are married to keeps devastating secrets that pull, twist, and turn your life into a frightening reality. Well done performances by all involved. It was really a pleasure to finally watch a film and not some hyped up bull crap Hollywood has been turning out this past decade. Let's get back into more of these kinds of drama and weed out the Sci-Fi non stop sequels that go on and on and on.
146 people found this helpful
Report abuse

MP40Reviewed in the United States on December 11, 2020
1.0 out of 5 stars
do not watch, you have been warned
Verified purchase
fits perfectly with 2020 - the baby is the best actor. pick better scripts Rachel
139 people found this helpful
Report abuse

D. HellumsReviewed in the United States on December 12, 2020
1.0 out of 5 stars
Bad story, bad acting, boring, no climax, not worth your time.
Verified purchase
Believe the 1 ratings, they’re spot on. This isn’t slow burn, it’s slow leak or slow pour. By the 30 min mark, you will want to walk away. But you’re all in, right? So you stick around to the 45 min. You won’t find relief. Nothing happens. In the last 22 minutes there’s some action and character arc. Your best move is to watch the last 22 minutes. The movie won’t make less sense to you, trust me. Everything you want in a movie, this one lacks. Plot is thin. Acting is staid. Action is non-existent. Relationships are artificial. The story never answers any questions. There is no problem to solve, and there is no resolution. She learns how to use a gun, she shoots someone, she finally gets to drive a car. It’s like a “coming of age” movie, without the stuff you would expect. There are no surprises. Sound was terrible, especially at the beginning, and production value all around isn’t stellar. You thought acting was bad in Twilight? This one’s just as bad. The positive reviews must be a PR company, or crew. There is no redeeming value in this movie.
43 people found this helpful
Report abuse
See all reviews
Back to top
Get to Know Us
Make Money with Us
Amazon Payment Products
Let Us Help You
EnglishChoose a language for shopping. United StatesChoose a country/region for shopping.
© 1996-2021, Amazon.com, Inc. or its affiliates