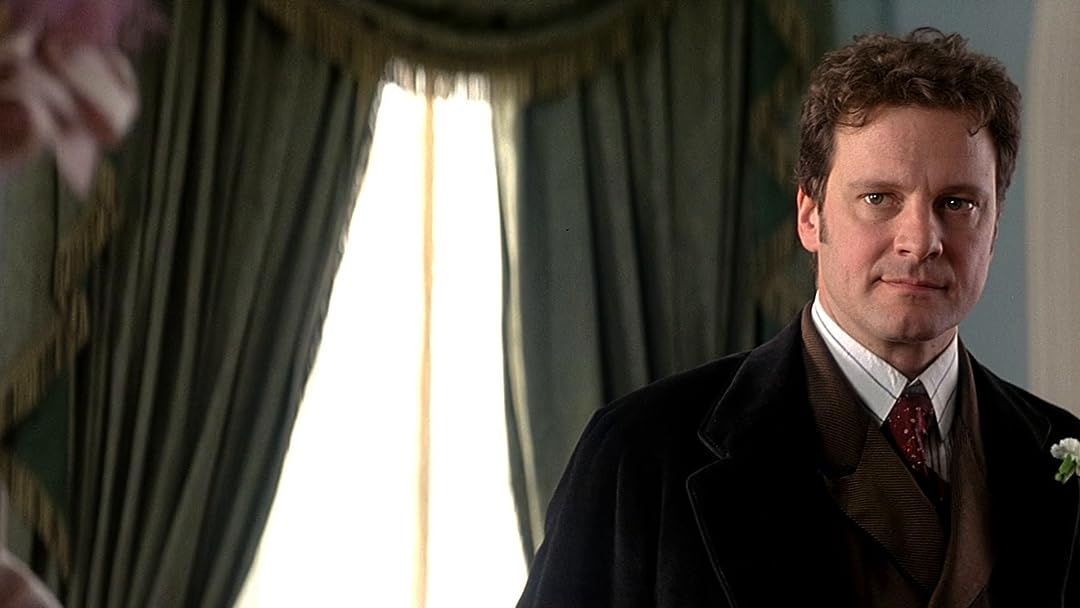 The Importance of Being Earnest

John J. SchauerReviewed in the United States on June 26, 2019
2.0 out of 5 stars
SURPRISINGLY DISAPPOINTING
Verified purchase
Considering the cast and lavish production values, this performance of Wilde’s masterpiece falls surprisingly flat. I have no problem with director Oliver Parker’s attempts to “open up” the stage play for film, minor text changes or intercutting to show two scenes simultaneously, but the changes often feel arbitrary for the sake of novelty. Why, for instance, are two elderly women dressed in black sitting in on Lady Bracknell’s interrogation of Jack? And his frequent changes of scene seems to slow the pace of the film, an impression amplified by the general tendency of most of the actors to read their lines in an almost leisurely manner that seems to dilute the concentrated brew of Wilde’s endlessly witty text.

Regarding the specific actors, perhaps my biggest and most surprising disappointment is Judi Dench’s Lady Bracknell. I know it is unfair to expect anyone in that role to match Edith Evans’s definitive portrayal in Anthony Asquith’s 1952 film, but where Evans was endearingly pompous, Dame Judi comes across as sinister and threatening, rendering one of the great comic characters in English theater an unpleasant presence. (There is also a gratuitous shot near the end indicating that Lady Bracknell was once a dance-hall girl who snared her husband by getting pregnant, meaning Gwendolyn was conceived outside of matrimony.) Rupert Everett and Colin Firth are fine as Jack and Algernon, but I have great problems with the Gwendolyn and Cecily of Frances O’Connor and Reese Witherspoon, for which I blame Parker. They both, presumably at his direction, read most of their lines with sexual innuendo like a pair of smoldering sex kittens on the prowl rather than demure Victorian ladies. In their scene together, they both smoke cigarettes (which simply wouldn’t have been done), and Gwendolyn, via another unnecessary insertion, actually gets the name Ernest tattooed on her derriere. It’s a conception that is totally at odds with two young women who are supposed to be so naïve they have both fallen in love with a name.

But what really drives the last nail into the coffin is Charlie Mole’s jarringly anachronistic score, which sounds like a jazz combo in a 1950s cocktail lounge. It’s like having the Ramsey Lewis Trio in the background of Downton Abbey. Why, or why, is there a lilting, jazzy waltz playing during Lady Bracknell’s inquisition? (Although partway through the scene, the music stops at an arbitrary point, as if the neighbors suddenly turned off their radio.) It adds nothing and totally distorts the mood of the scene, indeed of the whole movie.

If you are interested in experiencing Wilde’s incomparable flair, you would do much better with the 1952 Asquith film. There is also a BBC television production—a word-for-word iteration of the script that is part of a two-disc set with three other plays by Wilde—that isn’t bad. Note: Both Parker and the BBC performances include material from the original four-act version of the play, in which a collection agency rep hounds Algernon for debts he has incurred. It doesn’t really add anything significant.

DanReviewed in the United States on October 24, 2015
5.0 out of 5 stars
Like many that discounted their rating of this absurdly fun ...
Verified purchase
Like many that discounted their rating of this absurdly fun and entertaining film, I watched the original play many years ago. Every line cut from the play is a line that should be restored. Many characters have been 're-imagined'. The plot and even the theme are now changed, muddied, or missing. However, this is still wonderful entertainment, a romp through silly English mores and a roller coaster ride through the attendant misunderstandings. Let us not bemoan the great film that could have been, but rather celebrate the very good film that is. Really, snobbery does not become us. If you have not watched this, do yourself a favor and fire it up. Heartily recommended.
35 people found this helpful

Frank EttinReviewed in the United States on March 21, 2017
2.0 out of 5 stars
Not Wilde About It
Verified purchase
A sad injustice done to a wonderful play. As originally conceived by Wilde and when staged as written, "The Importance of Being Earnest" is an elegant, tautly structured, and hilarious comedy of manners. As interpreted by Oliver Parker it becomes a mere caricature of the play.

Since originally a stage play the dialogue is naturally the focus. And Wilde's effervescent dialogue is replete with subtle ironies and foreshadowings. Parker's use of filmmaking technology -- such as the addition of action sequences, frequent scene changes, and Algernon's improbable arrival at Worthing's country house -- is a distraction rather than an enhancement. Parker has given us a cluttered, expansive backdrop into which so many engaging details fade and become lost.

In contrast, Asquith in his screen interpretation keeps the settings and characters contained, as on stage, thus keeping our focus on what they say. Drawing Room Comedy works best when kept in the drawing room.

"The Importance of Being Earnest" is one of my favorite plays. I've seen multiple productions on stage as well as Asquith's film a number times. Parker's version suffers by comparison. I came close to giving it only one star, but decent acting just barely dragged it into two star territory. But if one is looking for the real flavor of Wilde's wit, I suggest looking elsewhere.
11 people found this helpful

Plant ecologyReviewed in the United States on April 4, 2018
5.0 out of 5 stars
Hilarious Wilde, Cultural Subversion
Verified purchase
"I have lost both of my parents," the young man answers. " To lose one parent is misfortune, to lose both looks like carelessness," retorts Lady Bracknell. (Paraphrased from memory.)

Oscar Wilde puts the given world on its head. What's sad is hilarious, what's serious is absurd.

No funnier, more adroit and surprising plays exist than Oscar Wilde's. TIOBE is a comedy of errors that makes merry of manners, marriage, the importance of rank, and what's in a name.

You will, I guarantee, laugh all the way through it. Excellent cast: Dame Judy Dench, Colin Firth, and Rupert Everett.
5 people found this helpful

D. ScottReviewed in the United States on January 16, 2019
5.0 out of 5 stars
A Pleasant Film Version of Oscar Wilde's Comic Masterpiece
Verified purchase
I'm a huge Oscar Wilde fan and I've seen countless productions of his play, "The Importance of Being Earnest" -- so many that I know the dialogue by heart. So, I was a bit disturbed by the ways in which the dialogue was cut and the scenes were reconceived or reshaped. That said, I was willing to give the effort the benefit of the doubt, and enjoy the work of the actors -- all of whom are very good, and are clearly having a good time. If you don't know the play, I'd say read it, see a few productions of it (you can find a few on Youtube, for instance -- I recommend the one with Wendy Hiller as Lady Bracknell) -- and then watch this movie. You'll enjoy it more, I think, if you understand the larger piece from which it was pulled.
2 people found this helpful

MaryReviewed in the United States on January 26, 2022
2.0 out of 5 stars
more silly than clever
Verified purchase
Although I have never seen this on stage, it seems most suitable for there. You do feel like you are watching a play instead of a movie. This film adaptation, however, comes across as just silly instead of clever. I am not sure how it could be accomplished but it lacked something to make it more movie fun. It just needed something that I can't put my finger on. . It is ok if you have 90 minutes and just want fluff but nothing you would want to watch twice.

Laney BReviewed in the United States on January 16, 2014
5.0 out of 5 stars
A Favorite
Verified purchase
I've read and seen the Oscar Wilde play many times over the years, but this film version is a particularly funny farce.The actors look as though they had a thoroughly enjoyable time making it. Each one brings his/her character out to the fullest. It was great to see Dame Judith Dench play Aunt Agatha, and to see Colin Firth and Rupert Everett at times behave like brothers about 10 to 12 years old was just plain fun. The added dream sequences to show that the pure Cecily had more on her mind than her studies didn't detract from the actual play, and Reese Witherspoon does an admirable job of portraying her. In fact the best thing about this film is that all of the actors do an admirable job, including Anna Massey and Tom Wilkinson. They bring nuances to the characters of Miss Prism and Dr. Chasuble that I've not seen in any other performance. Massey's portrayal of a spacey Miss Prism, who abides by all of the rules by which a governess must live, but dwells in her head and her idealism so much that she does the improbable. She loses a baby by putting him in her handbag and misplacing it; and though she regrets it, it is the return of her handbag that gets more response from her than the discovery that the baby (now an adult) is safe. Wilkinson makes the audience truly empathize with his shyness. Though this film has been around a good while, I recommend seeing it if you haven't and seeing it again, if you have. Go ahead and watch "An Idea Husband" (another Oscar Wilde play) with Rupert Everett, as well. It's more serious in tone, but still a comedy, and both of these films are filled with witty dialogue.
3 people found this helpful
See all reviews
Back to top
Get to Know Us
Make Money with Us
Amazon Payment Products
Let Us Help You
EnglishChoose a language for shopping. United StatesChoose a country/region for shopping.
© 1996-2022, Amazon.com, Inc. or its affiliates