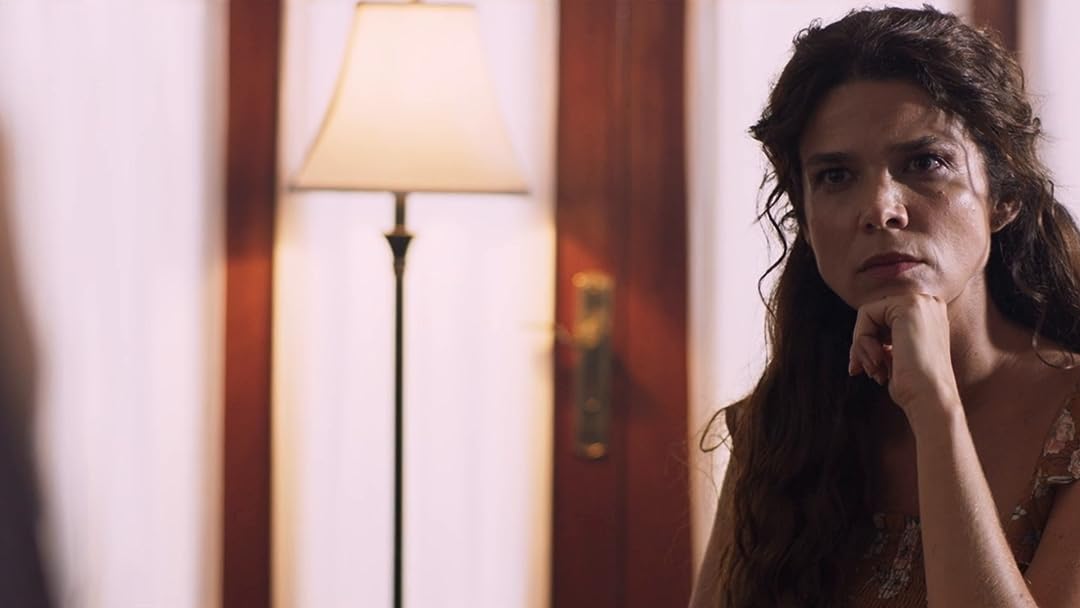 (138)
5.11 h 44 min2018X-RayR
In the thriller, IMPRISONED, Dylan Burke (Juan Pablo Raba), attempts to move on from his former life as a criminal, with his true love, Maria (Juana Acosta). He soon realizes that his past will continue to haunt him, when he learns the new local prison warden, Daniel Calvin (Laurence Fishburne), has not forgiven him for an old crime.

linda galellaReviewed in the United States on May 18, 2021
4.0 out of 5 stars
Second chances are not so easy
Verified purchase
in this movie where memories are long and the arm of the law is longer.

Lawrence Fishburne plays a prison warden with issues. He’s mourning the loss of his wife and is appointed by the governor, (out of a drunken retirement), played by Esai Morales, to serve in a prison destined for destruction in the near future.

The story takes place in a fishing village in Puerto Rico with the main character being a commercial fisherman and his wife running a coffee shop in town. Juana Acosta & Juan Pablo Raba play the couple and do a decent job with good chemistry between them. Dylan is an ex-con and Maria is the love of his life. She is protesting capital punishment at the prison and runs into the warden at the coffee shop. One thing leads to another and he figures out her husband is the man who murdered his wife and the movie is off and running.

Fishburne turns out to be a really despicable guy and manipulates just about everyone to get what he wants - Dylan dead. I won’t replay the film here but let’s just say things don’t go as planed. Good twists and turns, lots of reasons to yell at the screen and this is a good thriller🍿

Sheri SperinReviewed in the United States on June 10, 2020
5.0 out of 5 stars
Revenge is ugly
Verified purchase
The movie begins with prison warden sunken deep in depression living in a rundown Mobile home. This makes you wonder why.

Revenge. The Movie is based on Revenge, the most human emotion of doing what ever it takes to bring down the person that destroy your life even though the justice system has already punished the perpetrator.

The Warden, Daniel Calvin, sets out to destroy the life of the man who took his life away in an event where the Warden's Wife and unborn child both died from an accidental shooting during a robbery. The setting is in an old rundown prison in Puerto Rico, the prisoners are tortured by the prison guards by the direction of the warden, and prisoners are put to death by hanging.

The man, Dylan Burke, was setup by the Warden's nephew and the Warden for a murder. Then the Warden blacked mailed Dylan's wife, Maria, saying he would testify on Dylan's behalf saying that the Warden's nephew did not work his full shift to commit the murder so he could have sex with Maria. Unfortunately, Calvin lies and Dylan goes to jail for murder and sentence to death by hanging.

Maria advocates all the way to the Governor’s office and gets a stay of execution for the death penalty until Monday morning. However, this gives Daniel Calvin all week and the weekend to continue the executions. Meantime, Maria finds out she is pregnant. It is not known who the father is until the end.

Warden Calvin’s revenge costs him everything. His job, his reputation, and his life.
4 people found this helpful

Kathie M.Reviewed in the United States on April 8, 2022
5.0 out of 5 stars
Hate & anger kill
Verified purchase
What a story. It begins with Laurence Fishburne waking up in a crapped out trailer & drives to a prison that is about to be imploded. He was once a warden at that prison. The story then goes backwards in time that reveals what led him to this point. He comes across the man that hurt his family in the past. He goes out of his way to trap the guy, ruin his life & keep him in prison. Even though the man had turned his life around, Fishburne desire, chance, obsession, anger & vengeance destroys those around him. Great story. Made me cry.
One person found this helpful

TravellerReviewed in the United States on June 15, 2021
4.0 out of 5 stars
Good movie - except for 1 thing
Verified purchase
Slow start, but good movie. Not sure why this type of movie always has a stupid woman in it - and no I’m not anti woman. Why the Maria character would have believed the warden would help her is beyond me. Other than that - all the other characters are believable.
2 people found this helpful

L.BenzReviewed in the United States on March 20, 2021
4.0 out of 5 stars
How Jail Messes with your life
Verified purchase
I thought the actors did very well and I feel as tho I know them. This is almost like the book Les MIserables maybe a more modern version.
It was a little surprising that Dante was taken to jail for almost no reason at all. His wife was more accommodating than I would ever be. Jail violence, the personal vendetta of the warden was the downfall of the lead male character. I enjoyed the movie.
One person found this helpful

PauliegirlReviewed in the United States on May 9, 2021
5.0 out of 5 stars
Knocked it out of the park!
Verified purchase
Lawrence Fishburne at his best, the supporting cast amazing, Juan Pablo Raba, superior. This movie keeps you riveted to the end. I may watch it again.
4 people found this helpful

JimmyReviewed in the United States on March 25, 2020
1.0 out of 5 stars
This movie has no reason to be.
Verified purchase
Like a Lifetime/Hallmark movie made for Cinemax, minus the softcover sex. It's hard to tell the quality of acting because dialogue is laughable. To say the plot is riddled with unbelievable coincidences is an understatement. The only reason I can think of that such high-caliber actors such as Fishburne, James-Olmos & Morales did this movie is that it was a paid vacation in Puerto Rico. Very bad. Nice scenery, but very bad.
4 people found this helpful

Curtis NaugleReviewed in the United States on September 20, 2020
1.0 out of 5 stars
Slow movie
Verified purchase
Lol the only ones giving this movie a good review are people who speak spanish. This is a terrible movie. There is an emotional part at the end which is why people keep giving it a good review. Don't watch this.
4 people found this helpful
See all reviews
Back to top
Get to Know Us
Make Money with Us
Amazon Payment Products
Let Us Help You
EnglishChoose a language for shopping. United StatesChoose a country/region for shopping.
© 1996-2022, Amazon.com, Inc. or its affiliates