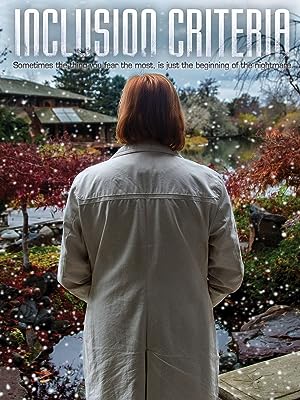 (20)
5.51 h 37 min201816+
Tara doesn't know if she's going crazy, or being manipulated. Is she following down the same path her mother did? Will mental illness take her life? Or is it something more sinister?

L.BenzReviewed in the United States on December 29, 2020
4.0 out of 5 stars
Don't Get No ...Satisfaction
Verified purchase
The movie was well done, the backstory is about Tara's mother going nuts then someone sends a somewhat strange letter to a detective who begins dating Tara. Lots of odd things happen such as someone planting cameras around her house, there's more but don't want to give too much away.
There was no end, unsatisfying to say the least. You are suspicious of the 2 cops, the landlady, her daughter, her daughter's boyfriend, the gallery owner. But no ending was given.
I was suspicious of the gallery woman because the only reason to kill Tara would be to command high prices for her art. Otherwise whatever the motive is is a mystery. Why her? Why now? Why nuts and not dead? She wasn't taking pills before most of this happened so what started it? And why? Why did the cop who was with her last ask for black tea same as the landlady? Got more questions and NOT ONE ANSWER. Nope.

Paul ButchartReviewed in the United States on April 13, 2021
2.0 out of 5 stars
Good movie that ends badly
Verified purchase
Ok, starting with 3 stars as average. Plus 1 for Judy Norton. An excellent performance as a woman who thinks she may be going crazy as her mother did. Minus 1 for the overexposed lighting. Some of the scenes were actually painful to watch. Plus 1 for an above average plot. It kept me guessing through most of the movie. Minus 1 for the bad characters like the obnoxious landlady and the stereotype gallery owner. Finally, minus 2 for the ending. I have seen some movies ruined because the director didn't know how to end them but this one looked like it was done on purpose. My reaction was "you've got to be kidding me." I felt cheated and that I'd wasted an hour and a half.

Crystal LouiseReviewed in the United States on March 5, 2018
5.0 out of 5 stars
Wonderful, creepy, thought provoking
Verified purchase
Wonderful, creepy, thought provoking. Judy Norton gives an amazing performance and was impressed the she wrote it as well. The film builds slowly but totally sucked me in and I found myself trying to figure out who was behind the events happening. Definitely a film you can watch over and over searching for the hidden clues.
6 people found this helpful

MaryReviewed in the United States on April 12, 2020
3.0 out of 5 stars
Acting is very good, but the plot is...meh, not awful, not great.
Verified purchase
I continued to watch because the actors did a good job, but the ending was a let down.
2 people found this helpful

PamelaReviewed in the United States on January 29, 2021
4.0 out of 5 stars
Sequel?
Verified purchase
I liked the movie, I loved seeing Judy Norton acting, she is wonderful but geez...... the ending. The ending leaves you up on the air and unless there is a sequel you will be dissatisfied. I looked around on the internet and found nothing about a sequel so either one is not going to be made, not in the works either. I won't say don't watch it because it was good, but there is no satisfaction in the ending of it.

Rhonda EndoReviewed in the United States on June 17, 2020
2.0 out of 5 stars
No where near 5 stars
Verified purchase
Scientology trash. It devolved rapidly toward the end into crazy town. It would have been 3 stars if not for the last 5 minutes. In no way was this remotely close to 5 stars.
One person found this helpful

Kenneth R. KelloggReviewed in the United States on May 15, 2018
5.0 out of 5 stars
Thriller to the end
Verified purchase
Wow, well First I loved the premise and the writing. The actors brought a sense of reality to the characters a real thriller left you wanting more. The sequel( hopefully ) has a lot to tell.
This film was a real thriller that I couldn’t guess what was happening next, loved it.
Thank you Judy and team , Great job

melReviewed in the United States on January 13, 2021
3.0 out of 5 stars
Couldn't they have used better wig???
Verified purchase
Plot was interesting (although no conclusion) acting was awkward at points, but my main complain was the wig! For the love of god, so bad and so distracting 😂
See all reviews
Back to top
Get to Know Us
Make Money with Us
Amazon Payment Products
Let Us Help You
EnglishChoose a language for shopping. United StatesChoose a country/region for shopping.
© 1996-2022, Amazon.com, Inc. or its affiliates