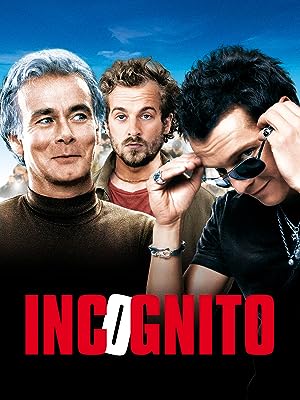 football fanReviewed in the United States on December 15, 2015
5.0 out of 5 stars
Ticket puncher lives dream.
Verified purchase
One day, a bus ticket puncher; the next, a rich rock music star playing in packed music venues.

Such is the life of Lucas played by Benabar, his first movie appearance. With popularity, changes follow. No longer known as Lucas but better known, at the point of popularity as Luka, Lucas handles the sudden glamour and status by remaining close to his roots: old friends.

In the midst of an artist made good tale, rags to riches, is his old friend, and roommate, the hilarious, eccentric Francis played by the comic's comic Franck Dubosc. He is also an artist, a mime, who has failed to reach any sort of stardom whatsoever and lives off the success of his old friend Lucas.

Yet the road to dreamland success for Lucas has taken many twist and turns during his music career. So many unexpected changes. One is that another old friend, an old band mate who never reached stardom, shows up unexpected. Lucas and him, Thomas, played together in the lean years when few would show up to buy tickets. Yet Thomas shows up at Lucas' countryside estate. Thomas' old band mate, Lucas explains to him why he had quit the old band, Orly Sud, because he felt he and his band were going nowhere: destined for failure. Out on his own on a solo career Lucas struck jackpot gold.

Directed by Eric Lavaine, Incognito is an enjoyable movie to watch. It's a comedy. DuBosc is hilarious in his part as the roommate artist failure. This movie is mostly in French, yet the language is simple enough to understand for a French language neophyte. The gags, the jokes, the chuckles are everywhere in this movie, thus making it easier for non-French fluent speakers to understand.

The overall idea of this movie made me give it five stars instead of four; from rags to riches is a common plot, yet maintaining the same friends in the raggedy days to the glittering glamour days is an interesting story twist.

NatashaReviewed in the United States on September 5, 2014
5.0 out of 5 stars
Five Stars
Verified purchase
J'adore cette film!!! J'ai vu deux foi et c'est encore amusant. La music est genial aussi!!!
See all reviews
Back to top
Get to Know Us
Make Money with Us
Amazon Payment Products
Let Us Help You
EnglishChoose a language for shopping. United StatesChoose a country/region for shopping.
© 1996-2022, Amazon.com, Inc. or its affiliates