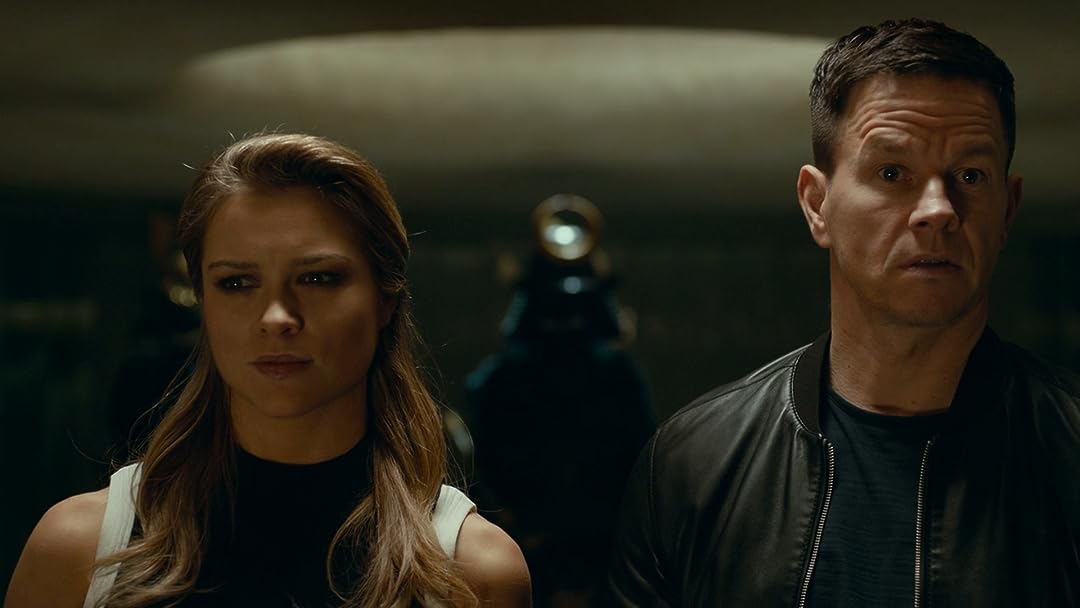 (5,792)
1 h 46 min2021X-RayHDRUHDPG-13
Evan McCauley has skills he never learned and memories of places he has never visited. Self-medicated and on the brink of a mental breakdown, a secret group that call themselves "Infinites" come to his rescue, revealing that his memories are real.

Charles WhiteReviewed in the United States on June 16, 2021
1.0 out of 5 stars
Should be used in a Master Class that teaches how to make a terrible movie
Verified purchase
I can't remember a big-budget movie that was this bad. It's almost like the awfulness of this movie was by design. I don't even really know where to begin. Or how to call out the worst parts. Is it the armored golf cart near the end? Is it the way humans fly through the air somehow miraculously catching falling round metal objects like they're wearing jet packs? Is it Mark Wahlberg sliding around on a fast-moving airplane? Is it the stilted dialog?
Mark Wahlberg's narration? (A request to Mr. Wahlberg, who is usually a pretty entertaining watch - don't. Don't narrate films. Thanks.) Or, is it the easter egg DNA death machine?

And this movie is not funny bad, either. Not even Chiwetel Ejiofor could save this thing. For a movie about infinite souls, this infinitely bad movie was utterly soulless.

Kurt MuellerReviewed in the United States on June 21, 2021
5.0 out of 5 stars
Not too deep, not too preachy (which is a rare thing these days)
Verified purchase
If I'm going to learn anything about the human experience, sorry, but it's not going to be from modern Hollywood. This is exactly what I want out of the current LA environment. A lot of action with good but light characterization.

Honestly, they aren't capable of much more. Don't get outside your wheelhouse. If you don't have the intellectual heft or moral authority, then don't reach. Just produce good entertainment that sparks of the human experience and maybe you can influence some people, but only in relation to your skill as a storyteller. But no-one wants to be dictated to by fools and mental children.

Thanks for some solid entertainment!

RamsReviewed in the United States on June 18, 2021
3.0 out of 5 stars
Can't watch it twice.
Verified purchase
-The actors are a draw, they do their part.
-The story and driving force behind the villian's plot is a joke. If he wants his never ending reincarnations to end then the very "special" weapon he strikes so many down with to end their reincarnation forever should work just fine on himself. Plot hole anyone?
-The fiction of remembering past lives and accumulating knowledge, skills over time isn't a stretch so this story and idea could really be fleshed out into something amazing. Instead, we are supposed to believe the reality of this situation means they are also somehow Richie Rich organizations that take their money with them from one life to the next, supercars and supercastles.
-The supercar btw, can't be scratched. Apparently another superpower that comes from reincarnation. I saw a tiny animation of a small shield whip out infront of the car and later animate away, as if that little panel saved it from scratches as it drove through buildings and slid into everything.

I tried to watch it a second time thinking I missed a bunch of hyper wise niblets or something but nah. Found myself immediately skipping passsed every other minute that now bored me. They really dropped the ball on any character development here and went the disastrous way of the last 5 fast and furious downers. I suppose Fast/Furious has found people willing to support their each next folly so other movies are taking up perch in the same action insanity genre. Movies such as this could be saved by just stopping anywhere during the fury for 5 minutes at least once and focus on developing one or two characters or dynamics between them. The main character had no lost love from prev generations to find, that was a supporting character's storyline but not his. He wasn't jaded about something from the past. That was someone else. He wasn't really interested in believing in his own story for most of it. So why should we be. I don't have a good answer to the question. Sorry.
47 people found this helpful

HogtownerReviewed in the United States on July 3, 2021
1.0 out of 5 stars
What a sad, sad excuse for a big, big budet
Verified purchase
The premise of this story is very engaging; the execution leaves everything to be desired. The film is little more than vaguely strung together effects extravaganzas and makes almost no use of the acting talent available to the production. The combination of apparently very high tech with gaping security holes in sanctuary spaces is mystifying. The most egregious of these dissonances is the question of why the Nihilists didn't simply use their 'soul catching' technology to lock themselves out of the reincarnation cycle. I know that Mr. Wahlberg works to enrich a large group of people in addition to himself, but this film seems like he could be drifting towards Nicolas Cage's abandonment of standards for the projects he selects.
36 people found this helpful

Christian C.Reviewed in the United States on June 11, 2021
3.0 out of 5 stars
It's very action-y! I recognize some of the actors! (The book was better.)
Verified purchase
This movie is based upon the basic foundation and broader strokes of "The Reincarnationist Papers" by D. Eric Maikranz. The action bits of "Infinite" have been Hollywood-ified and cranked up to 11, while anything relating to character depth or character development has been watered down and made palatable for individuals with short attention spans. Mark Wahlberg gives a physically demanding performance, but his character and the dialogue written for him are disappointingly cookie-cutter predictable. Disregarding the book entirely, "Infinite" is a fine action movie with an original plot that hasn't been regurgitated to death and overly played out. Perhaps I had just hoped for more out of this film's potential and the higher caliber array of actors cast in it. For a movie that's solely focused on the fate of our souls after our deaths, soul was the largest part of this big-budget film I found to be lacking. All that being said, it is not a terrible movie! But who really cares what I think anyway? Watch the movie and create an opinion of your own!
33 people found this helpful

SueReviewed in the United States on June 13, 2021
5.0 out of 5 stars
Great action flick; ignore the religion
Verified purchase
Lots of wonderful physical action. Mark Wahlberg and others beautiful physical specimens. Visually entertaining. The oriental reincarnation religious theory bogus. The idea the villain wanted to die bogus. Christianity holds out the hope of living forever. Living forever would not be boring. The movie's premise that some of the infinites wanted to help mankind noble. We all should want that.
28 people found this helpful

CatalystReviewed in the United States on June 11, 2021
2.0 out of 5 stars
entertaining and worth the watch, but i would not have paid a ticker price for it
Verified purchase
I was entertained, but I would not have paid full price for this at a theater. The performances were just OK. The story has quite a few plot holes and I was not attached to any of the characters. The sad part is that I really enjoyed the start of this movie, but unfortunately, it sort of fell apart after that.
19 people found this helpful

Real World ReaderReviewed in the United States on July 24, 2021
2.0 out of 5 stars
Disappointing
Verified purchase
Given the obviously decent budget, a few known actors, an interesting story idea, this was a very frustrating movie to watch. Frustrating because it COULD have been so much better.

First of all, they didn't have budget for a skilled script-writer?? Some of the dialog was PAINFUL to listen to, as if they were reading from the phone book (and if you're too young for phone books, trust me it was boring - LOT of characters but no storyline whatsoever).

Then there was all the unnecessary and gratuitous fancy stuff. Fast cars, suits, models etc etc. OK these people have access to wealth (I guess remembering where you hid all that gold during the Crusades was helpful), it came across as more cliché than anything else.

Oh - Wahlberg was pretty good - though handicapped by his lines. And he's a decent looking guy - but when you surround him with glossy supermodels he just ends up looking like a troll.
16 people found this helpful
See all reviews
Back to top
Get to Know Us
Make Money with Us
Amazon Payment Products
Let Us Help You
EnglishChoose a language for shopping. United StatesChoose a country/region for shopping.
© 1996-2022, Amazon.com, Inc. or its affiliates