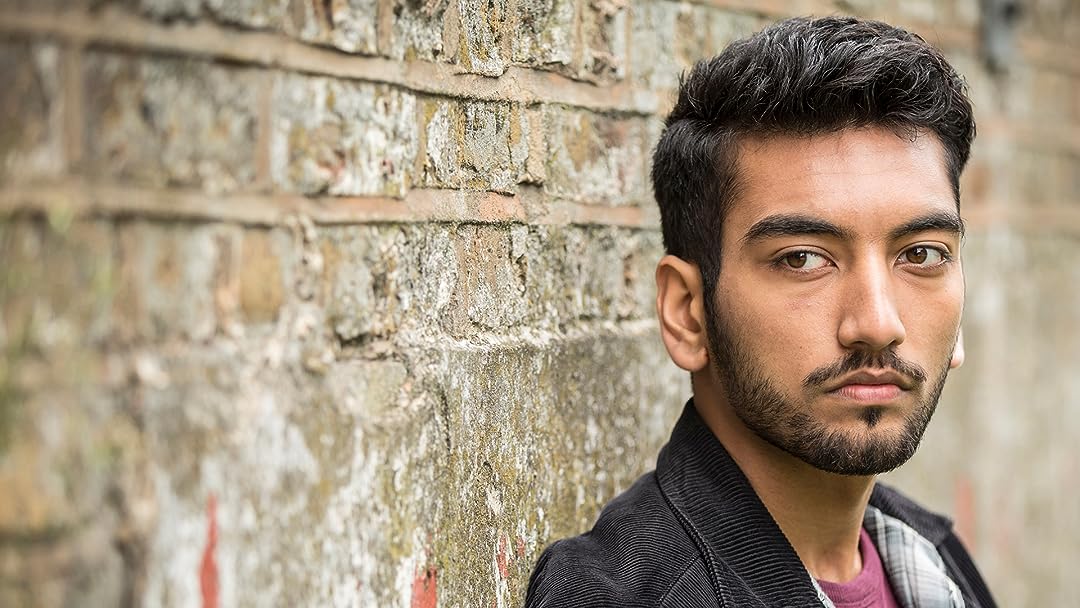 Season 1
(565)7.82019X-RayHDRUHD18+
Informer is a thriller about Raza, a young second-generation British-Pakistani man from London who is coerced by Gabe, a Counter-Terrorism officer into informing.

Summer3367Reviewed in the United States on January 12, 2019
5.0 out of 5 stars
Acting In This Short Series Is Phenomenal
I have only written a couple of reviews on the Amazon Prime shows I have watched. I felt compelled to write a review on this series. This is one of the best series I have seen on Amazon in quite a while. The acting is amazing. I do not understand the reviewers who feel the last couple of episodes were slow. This is a psychological drama not a "Fast and Furious" type series. I felt the main characters were very well developed. I actually enjoyed how the director used flash backs as a way to tell the story. The series is pretty dark but really well done. I would definitely recommend watching.
178 people found this helpful

Amazon CustomerReviewed in the United States on January 11, 2019
5.0 out of 5 stars
Refreshingly Heartbreaking
Too bad American television cannot figure out how to produce a series with as a diverse cast as this. Bravo, BBC.
114 people found this helpful

Z RicarditichReviewed in the United States on January 12, 2019
5.0 out of 5 stars
This is what drama is supposed to be
Fantastic series. Great character development and a plot that will grab you and hold you through all the episodes. Ignore the naysayers, as complexity is not something they understand.
79 people found this helpful

beck61Reviewed in the United States on January 12, 2019
5.0 out of 5 stars
Cunning, complicated, very sad, but thrilling
Razi is a Pakistan-British citizen who is arrested for possession of a couple of Mollies after calling for help for his date who overdoses. He catches the eye of a counterterrorism department which recruits him by threatening to deport his father's girlfriend who has overstayed her visa. He lives with his father and younger brother who is a good student with a future and he doesn't want to lose the woman he considers his mother. The rest of the story involves the cost of espionage and snitching, being a Muslim minority, and generally underhanded behavior which is the life of the department and its confidential informants. It ends with a murder that no one expects and that devastates the department and the families involved. I thought it was great. I had none of that awful writing where no one finishes a sentence, and the whole thing is too long. I didn't want it to end, and I certainly didn't want it to end the way it did. Most excellent way to spend winter time.
64 people found this helpful

JaianniahReviewed in the United States on January 13, 2019
5.0 out of 5 stars
A Clinic in Suspense and Great Acting!!!`
A wonderful, amazing cast delivers a clinic in suspense.... And all of the great acting almost manages to overcome the dubious ending. Almost.....

I'm not up on my British actors; I did not recognize a single cast member, but this only mattered about five minutes. After that, I was hooked by Nabhaan Rizwan, who plays The Informer. "Raza" is an innocent who is roped into informing by Paddy Considine, who plays the amoral government agent who snags him. As the series progresses, we watch "Gabe" (our agent) backslide into nastier and nastier behavior. It turns out that Gabe used to work undercover, and his former undercover persona practically takes him over. I wondered as I watched if Gabe really had MPD, so wonderful was Considine's portrayal of Gabe/Charlie.

This series deserves 5 stars for the acting, but knock off a star due to the reveal at the end of the unlikely assassin. Sorry... I didn't buy that ending. To me, it seemed that out-of-control Charlie would have been a likely choice, but perhaps someone thought this would have made it too predictable. I would have gladly exchanged predictable for a bad guy I could believe in. Be that as it may, if you overlook this flaw, you'll spend most of the six hours of this series immersed in this edgy and crazy little world created by the cast, and be happy doing it. Bel Powley is the female lead, playing the rookie investigator working under Gabe/Charlue. Turns out that "Holly" is a female Sherlock Holmes, and sees everything, much to Gabe's consternation. Have a good time binge-watching this series; despite everything, I never felt like I was wasting my time. One last note: this is a not a series you can watch while your kids are playing beside you, or if you'd planned on catching up on emails and texts while the show airs. You will miss key details if you aren't paying close attention.

One caveat: the script is loaded with British slang, and I made liberal use of the pause function on my tablet and looked up all the words I didn't know. "Bruv" is a friend, a guy-pal, (for example). Be sure to turn on the captions so that you understand exactly what is being said. Truly, I didn't mind this a bit. The acting was really that terrific.

So, I give "The Informer" 5 stars for acting, and 4 stars due to the crazy ending. I envy you if you haven't yet watched this treat. Be sure to get your popcorn before you press "play"!

pam williamsReviewed in the United States on January 11, 2019
1.0 out of 5 stars
Watch only if there's nothing else to view
takes too long to get started going anywhere. cannot understand mushy accents.
26 people found this helpful

Tyler A.Reviewed in the United States on January 12, 2019
4.0 out of 5 stars
Worth a Watch
I enjoyed the show but like a few other reviewers, I believe the plot development for the multitude of characters that are introduced was rushed. There are several intersectional stories going on that you would like to see a more thorough background on but you just don't get it. Also, within the last episode (don't worry I won't say any spoilers) the lack of backstory as to why the person did what they did was very superficial. I mean yes we are shown certain things that lead us to believe why, but again (like most of the show) these things were rushed. Overall I enjoyed the show and the acting was stellar, just wish things were slowed down a bit.
24 people found this helpful

AnonymiceReviewed in the United States on January 11, 2019
3.0 out of 5 stars
Really Good Until...
The last couple episodes, then it petered out. Ending was murky and unsatisfying. It started off like a great series, very thoughtful and great acting, but the writers let us all down by the end. At first, it reminded me a bit of the undercover spy drama of The Americans, but even then, if Americans was a 5, then this would have been 4, but 3 by the end, so not like Americans, turned out.

Wish I hadn't wasted the time...although I always enjoy good acting, but I got really bored, plus could see the end coming by a mile.
22 people found this helpful
See all reviews
Back to top
Get to Know Us
Make Money with Us
Amazon Payment Products
Let Us Help You
EnglishChoose a language for shopping. United StatesChoose a country/region for shopping.
© 1996-2021, Amazon.com, Inc. or its affiliates