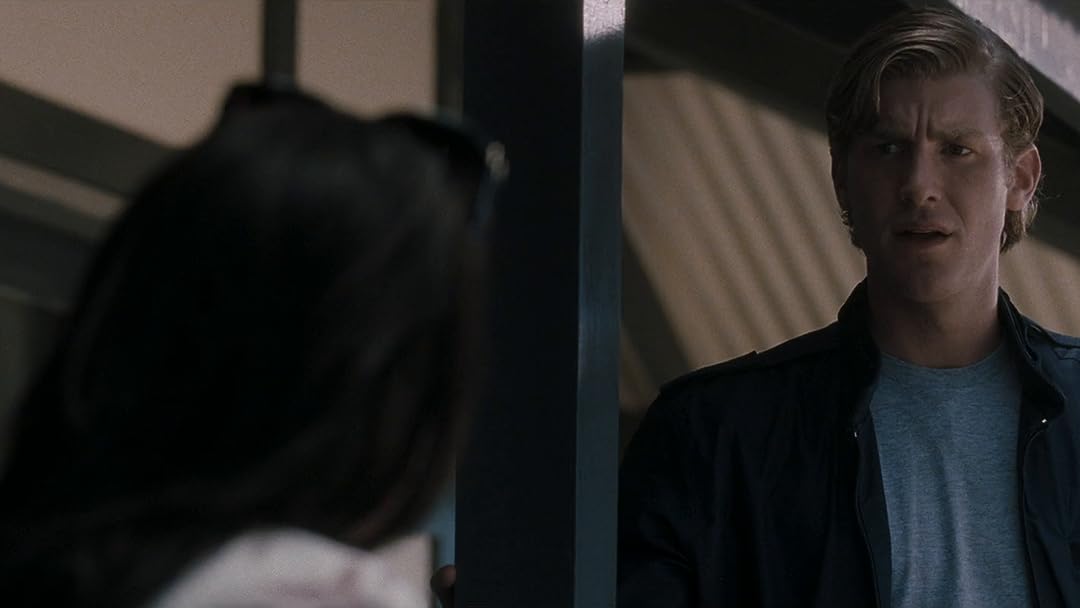 A.S. HillReviewed in the United States on October 31, 2018
2.0 out of 5 stars
Typical Brett Easton Ellis adaptation
Verified purchase
Sometimes I read these reviews and I wonder if I even saw the same movie as some of the other reviewers? I am not sure what those five-star reviewers saw, but it is not the tedious, lifeless dirge I viewed.

It is always challenging to adapt Ellis' novels to film; he walks the fine line between pop fiction and post modernism and it doesn't translate easily from the page to the screen. Rules of Attraction was probably the best conversion, although American Psycho wasn't too shabby. I liked Less Than Zero the best, but that doesn't necessarily mean its the best translation and frankly, it was the first, so there's nothing to judge against.

If the Informers seems disjointed, it should; it is actually a collection of short stories. According to Wikipedia: "Ellis's collection of short stories, The Informers... contains vignettes of wayward Los Angeles characters ranging from rock stars to vampires, mostly written while Ellis was in college. Ellis has said that the stories in The Informers were collected and released only to fulfill a contractual obligation after discovering that it would take far longer to complete his next novel than he'd intended." This tells me 3 things: 1) the movie is disjointed and dissassociative because basically the screenwriter tried to pound vignettes into a cohesive narrative, 2) the stories themselves were far from BEE's most polished work and certainly not reflective of a matured talent and 3) the book only got written to get his publisher off his ass. So no wonder the movie is so overwhelming.

To give the devil his due, it is beautifully shot and full of pretty actors and actresses with some name recognition and reasonable acting chops. But it is just so damn dull and plodding. The characters give you zero reason to like them or be invested in them and the stories just seem to go nowhere. Like much of Los Angeles, this movie seems to be obsessed in looking great without actually having an substance and looking busy without actually going anywhere.

As far as it's "accurate depiction of the 80's" as someone who actually grew up during that time, I am more likely to champion 'Stranger Things' or 'Adventureland'. While BEE may be able to capture the zeitgeist of a very small, very elite group of individuals, the vast majority of us never looked that good, snorted that much coke, and spent that much time and money being bored with life as the characters in this flick.

Bruce WinningReviewed in the United States on November 28, 2018
3.0 out of 5 stars
Do you really need somebody to tell you what is right and what is wrong?
Verified purchase
You probably have a conscience and have a feeling when you do something wrong. You possibly are quite self-sufficient. I am 68 and am just fine living alone. I see people but come back home to be just fine being alone. I like quite a bit of the music on the movie and the surround sound makes it better. This movie does not have much violence nor action. I actually just watched a drama. I prefer action and violence.
2 people found this helpful

sefriendlyguyReviewed in the United States on March 24, 2019
3.0 out of 5 stars
College kids
Verified purchase
this movie takes place in 1983. after college graduation
lots of parties, drugs and sex and then than was a car crash during the party
a friend was killed and it upset the whole group
than there was the friend that was closer to the dad than anyone a t the wake
but, there was way too much going on this movie, it is hard to get the idea of
what kind of story there trying to tell, lots of nudity, male and female
but, thats parties right, lots of smoking pot and other things
One person found this helpful

NCNBReviewed in the United States on January 22, 2019
2.0 out of 5 stars
Even Kim Basinger Can’t Redeem This Terrible Waste of Film
Verified purchase
I’m embarrassed for Kim Basinger and Winona Ryder. This is a really, really awful film. The parallel storylines don’t overlap in any meaningful way and there’s not a single likeable character in the entire ensemble. Whether or not this is a terrible adaptation of Easton’s book I’m not sure, but I don’t think so. Somehow the ‘LA is full of terrible, vapid people’ story must appeal to some group of people, but it’s one of the most tired ideas in popular culture and it makes for a film that’s more empty than the emptiness it’s trying to depict. This lacks all sophistication as filmmaking or storytelling, and other than Basinger’s perfomance it plays like it was made for TV back when that would have been an insult. Don’t waste your time...

NosidinoReviewed in the United States on December 1, 2016
5.0 out of 5 stars
An Epic Recreation Of The 1980's!
Verified purchase
It's said that it's always very difficult to watch others do things you have done, will do or want to do yourself that may be illegal or immoral. I don't look at these characters as immoral (Save For Mickey Rourke's Character) so much as I view them as amoral (meaning Neither Moral Nor Immoral).
This movie encapsulates the 1980s better than any other film I've ever seen. It goes straight at you and it does not apologize. In the behind the scenes of the film they say it is sex, drugs and rock and roll all the way. And it certainly is. I'm about 10 years or so younger than the central characters in this film but I can honestly say that I'd have loved to party with graham and Martin and Christie. Lou price seems to be a spoiled brat who unnecessarily ignores his Father (Although I Admit His Dad is Not Blameless for The Estrangement). the other characters are superfluous to the whole film. while others are shocking. mickey Rourke's character frightens me as do most of his roles.

Graham is the central character and he and his friends are the protagonists of this fine film. I like that the writer of the book also did the screenplay. this permitted the film to be entirely his own vision without any tampering from a hired screenwriter.

There are people who complain about the sex and drugs shown in this film. Come on, people! This was the 1980's! Almost everybody did some blow in those days (Many Do Today). The fact is that in those party cultures people imbibe and snort and screw to their hearts content. As a fellow named Kirby Wallace said, the film is the sum of all of its parts. while the scenes of the main characters work conterminously with one another, the story arcs also would work independently of one another. That's the genius of the writer.

I give this film Four and a Half Stars. I'm the 92nd person to review it and the 17th to give it a Five Star review. I recommend this film and want you to know that it is not for children. The sex is intense as is the drug abuse. If one is from the conservative south or Midwest I recommend that you stay away from this film or you will be shocked.

SusieQReviewed in the United States on June 27, 2020
1.0 out of 5 stars
Awful movie.
Verified purchase
Yuck. Did Not like this at all. Did not finish it. Young rich people engaged in all types of immoral behavior. If I could rate it zero I would. And from what I could tell the big stars have small parts.

LeeDeeReviewed in the United States on November 8, 2020
1.0 out of 5 stars
Don't Waste Your Time or Money
Verified purchase
Right up there with some of the worst movies I've even seen. I don't see why Amber Heard even gets a credit, she barely strung three sentences together. Terrible acting, Terrible movie.

RyanReviewed in the United States on September 19, 2018
4.0 out of 5 stars
Good movie due to vibe
Verified purchase
Not a top movie but I enjoy the dark tone of a generation that I experienced in all Ellis' movies.
One person found this helpful
See all reviews
Back to top
Get to Know Us
Make Money with Us
Amazon Payment Products
Let Us Help You
EnglishChoose a language for shopping. United StatesChoose a country/region for shopping.
© 1996-2021, Amazon.com, Inc. or its affiliates