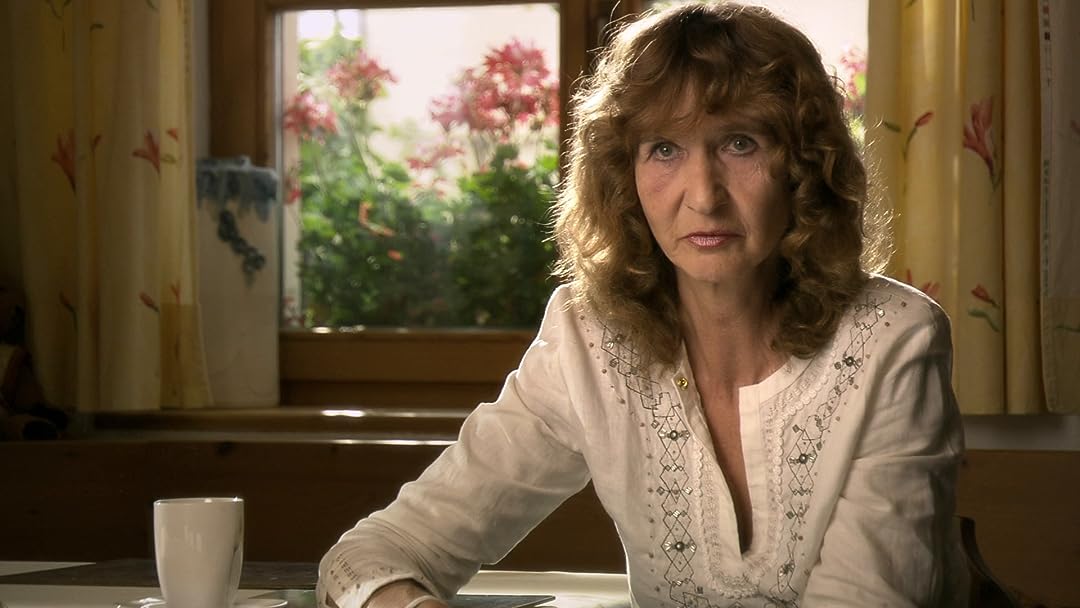 (295)
7.51 h 14 min201713+
Monika discovered at 13 that her father was Amon Goeth, Nazi leader of the Plaszow concentration camp, responsible for thousands of murders. Oscar-winning documentary filmmaker James Moll (The Last Days) follows Monika's search for answers about her father, meeting face-to-face with Helen Jonas, a Jewish woman who had been enslaved and brutalized by him.

Fr. Joseph MarquisReviewed in the United States on May 6, 2016
5.0 out of 5 stars
A Brutally Honest and Most Compelling Documentary (DVD)
Verified purchase
"Inheritance" is brutally honest, compelling documentary that cannot be viewed with indifference. The DVD centers upon Monika Hertwig , a woman who was raised to believe that her father was a "good" German soldier who was killed in action at the end of World War II. The idealized image of her father was shattered forever, when she realized that the sadistic Nazi commandant portrayed in "Schindler's List" was her very own father, Amon Goeth. Feeling a profound sense of shame, Monika contacts a survivor of the Plaszow Concentration Camp, Helen Jonas, who was enslaved as Amon Goeth's housekeeper. Following the passage of some sixty years, Monika meets Helen for the first time and learns more disturbing details about the father he had so idealized. This documentary will certainly stimulate much reflection on the nature of evil and the indellible mark it leaves in its wake, even after the passage of many decades.
10 people found this helpful

Michael C. CassadyReviewed in the United States on June 27, 2013
4.0 out of 5 stars
A Respectful Approach to Bearing Witness
Verified purchase
The film dialog infers that these two woman associated by the horror of the Plaszow Nazi concentration camp in Poland, one as the daughter of the commandant, the other as the commandant's victim, came together through their own offices. But, even if the filmmaker pushed a bit to make this fateful meeting happen, the information made possible by the encounter is worth having. The presentation lets the women tell, or perhaps, "make" a simple, common story; it documents experience.

The deep rage born of history that caught these two women in its brutish logic is the compost from which the present sprang, so, whenever I get the feeling the passage of time has made this receding experience of being at the 'heart of darkness' understandable, I disturb myself awake by watching from my skull's open windows very believable witnesses such as these two marked but undaunted women who tell me with their eyes to not push archival understudying too fast toward the out of sight out of mind.

The Amon Goeths of this world are ordinary creations of time, not compelling monsters; they are born of ordinary cravings to be admired and loved-- Faust too was offered a chance to bargain away his value to himself as a moral instrument, and who wouldn't be tempted by an offer of worldly election and a game-changing chance to march to the music of passionate intensity (see Yeats), or a luminous future waiting at a Red Square parade, or at the designated public place for burning witches in New Jerusalem.

warrior for justiceReviewed in the United States on October 24, 2018
5.0 out of 5 stars
Wrenching
Verified purchase
It was raw and very real. I admired the both of them for having the courage to meet. I have family members who were so affected. Their children have had to flee countries they had sought refuge in. This happened long after leaving Germany and families were deeply scared. Depression, addiction, etc.
2 people found this helpful

GloriaReviewed in the United States on October 14, 2018
5.0 out of 5 stars
Multi-generational damage
Verified purchase
Atrocities leave deep scars that are multi generational. The emotional damage from WWII is still felt today.
One person found this helpful

Pentaxian DomReviewed in the United States on February 16, 2014
5.0 out of 5 stars
Excellent documentary
Verified purchase
This is a documentary about the guilt that parents can leave behind on their children. The woman in the movie is the daughter of a Nazi SS officer who was part of a Polish concentration camp and was involved in the execution of prisoners. The movie tells how the daughter who was born after the war, learns at age 11, that her father was hung as a war criminal. She tells in her own words the pain she fell growing up. It then follows her through to meeting at the site of the camp with one of the surviving victims of the Holocaust who witnessed first hand the atrocities committed by the woman's father.
One person found this helpful

estherReviewed in the United States on June 27, 2015
5.0 out of 5 stars
We Must Never Forget !,
Verified purchase
A truly memorable, haunting presentation of the meeting between Monika, the daughter of Amon Goeth, and Helen Rosenzweig, Goeth's former Jewish servant girl. Monika is shocked to learn of her father's cruelty in World War 11and his hanging by the Polish tribunal. Helen relives her horrific Holocaust past .

The meeting between the two is a reminder to all of us of the savagery of the Nazi era and the after effects on the fortunate survivors, many whom never recuperated even after creating new live in other countries.
One person found this helpful

Tracy Cramer Austin, TexasReviewed in the United States on February 19, 2010
5.0 out of 5 stars
outstanding
Verified purchase
I've nothing more to add to the other 5 star reviews other than to say that this exceptionally well made documentary of the meeting between the daughter of Nazi commandant Amon Goeth, Monika Hetwig, and Helen Jonas-Rosenzweig, (one of Goeth's captive Jewish servants) was emotionally riveting. (Ms. Jonas-Rosenzweig was also interviewed for the extra features of the Schindler's List DVD.) These two women had great courage to allow themselves to be filmed as each step of their meeting unfolded. James Moll, the director, was also the director of The Last Days, another exceptional film.
5 people found this helpful
See all reviews
Back to top
Get to Know Us
Make Money with Us
Amazon Payment Products
Let Us Help You
EnglishChoose a language for shopping. United StatesChoose a country/region for shopping.
© 1996-2021, Amazon.com, Inc. or its affiliates