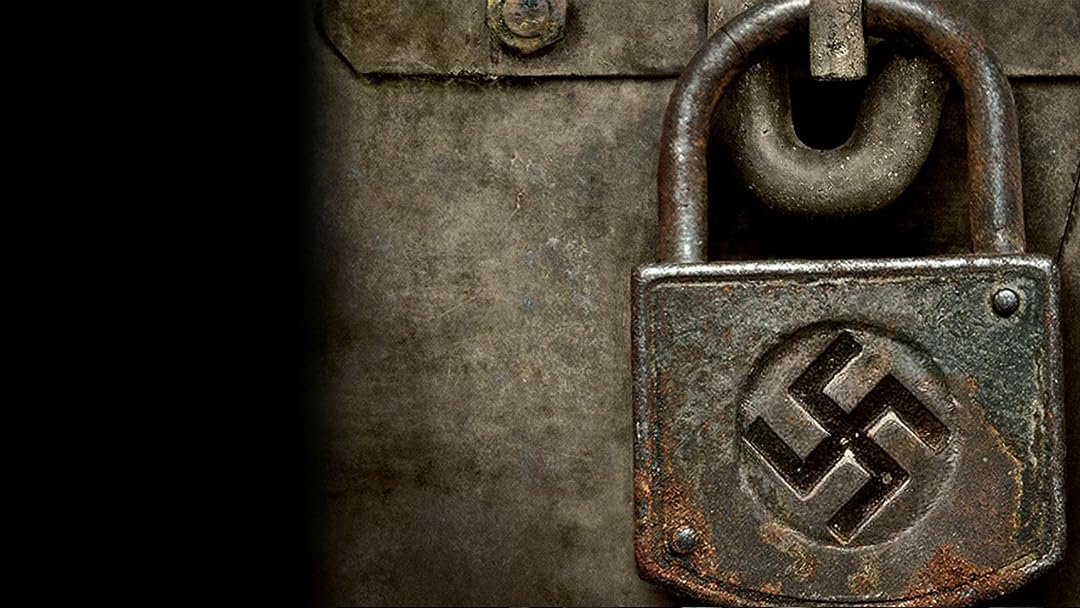 Season 1
(23)
201613+
May 1945: With the end of World War II and the surrender of the Third Reich, the world discovered the full horror of Adolph Hitler's genocidal system. Hitler's Nazi death camps were meticulously designed to kill on a scale never before seen in the history of humanity. With the elimination of millions of Jewish and other non-Arian citizens, Hitler would become one of the great villains of history.

FastAWReviewed in the United States on November 24, 2017
4.0 out of 5 stars
Four Stars
Verified purchase
very good, a lot of new insights on the 3rd Reich.
3 people found this helpful

jack woodReviewed in the United States on November 1, 2017
5.0 out of 5 stars
let us never forget
Verified purchase
more in depth than other film history of the death camps ,we must never forget this time of our History the far left in America must be stopped or this will be in our future
6 people found this helpful

William KirkReviewed in the United States on April 21, 2019
4.0 out of 5 stars
Nicely presented, but I have a problem.
This has nothing to do with denial. The deaths happened. But I do think they are presented all too neatly and inaccurately. Many died of illness that happens with poor sanitation, weakness, lack of food, lack of medications, and cramped conditions. The next killer is oh so inaccurate to an engineer like myself. Each time they use the word Diesel with Carbon Monoxide makes me shake my head at the ignorance. Carbon Monoxide is produced in such low quantities from Diesel that it was a waste t even try using them. Gasoline is far more deadly but they are never mentioned, just Diesel. Next, Zyclon B was a widely used insecticide, I mean very widely and internationally. No deaths were recorded from that use, but somehow someone got the idea to put it in a enclosed cell with a bunch of prisoners? No, I suspect it was used as an insecticide especially to kill typhus carrying fleas and it was so used that the weak died. Going back to the Diesels, reports were given at trials saying that people fell out of the Zyclon B cells red in color. Since the base of Zyclon B is cyanide they should have been blue. Red is associated with Carbon Monoxide. Personally I think people did not know exactly how people died, but they died. That should be more said rather than a finger pointing inaccurately at what the murder agent was.
4 people found this helpful

linda galellaReviewed in the United States on September 13, 2021
4.0 out of 5 stars
Great attention to detail focuses on
some of the more gruesome and insidious aspects from the camps.

INSIDE HITLER’s KILLING MACHINE narrows the focus by looking first at the building of concentration camps and the methodology behind them. It’s shocking, as is most every discovery revealed in this 3 part series. It is definitely not for the faint of heart or sensitive spirit.

The photography includes pictures from the camps of skeletal bodies in various stages of life or death that have been victimized by medical testing, much of it bizarre or purposely torturing. At times, it’s so horrific I needed to FF the film.

This short series is not what I would call “entertaining” - it’s informative and perhaps best used for research purposes. The first two episodes were physical, medical, violent, torturous. Episode three was no walk in the park but it was easier to watch. Finance & social constructs are the focus of this in depth look into Hitler’s Chief financial guy, The Devil’s Banker. The eyes of this guy are soulless, devoid of emotion, cold to the point cadaver; MAJORLY CREEPY!!!

artgirl123Reviewed in the United States on August 16, 2021
4.0 out of 5 stars
Timely Reminder
This documentary is extremely informative, covers a lot of issues, and goes straight at the hate, violence, and inhumanity for which the Nazis are infamous. In times like ours, with the rise in authoritarianism, nationalism, xenophobia, general hate, and violence, programs like this one are extremely important, to remind us what ordinary human beings are capable of doing to other human beings. It should be watched as a history lesson, and a warning.
This is a well done documentary, in three episodes. The history is presented in a responsible way, without dulling the horrors of what Hitler and his cronies did. The episode which delves into the camps themselves can be difficult to watch, at times, however we should never lose the shock of that kind of senseless brutality and victimization. Some of the issues presented could have included more detailed information, for instance, the background of antisemitism and nationalism in Germany, which would add to the understanding of how such things occur, and guide people observing nations in the present day.
The information presented is factual, and not over dramatized. Usage of contemporary film and photography is appropriate, and enhances understanding of the issues discussed. This is one production that doesn't vary wildly in volume from one section to another, or with extra loud background music. I would recommend this to anyone wanting information about the abominable treatment of human beings by the Nazi regime.
Note: As I write this review, Afghanistan has been overrun by the Taliban. It is my fervent hope that people who would watch this documentary series would also be the kind of people who would be aware of what happens in that unfortunate country. The world is already knowledgeable of what China is doing, without repercussion. It is up to all of us to not let our governments off the hook of moral responsibility, when other people are forced to suffer at the hands of tyrannical regimes. If we become so immune, the next time it could be us.

Jeremiah M.Reviewed in the United States on July 21, 2021
1.0 out of 5 stars
never forget the 100 billion lost in the camps
This stuff is constantly repackaged to remind everyone that whites are guilty and Jews are victims. Jews have milked holocaust sympathy tirelessly since ww2, gaining thrir own nation as well as slandering any critics as "Anti-semites", which is totally the worst thing to be
See all reviews
Back to top
Get to Know Us
Make Money with Us
Amazon Payment Products
Let Us Help You
EnglishChoose a language for shopping. United StatesChoose a country/region for shopping.
© 1996-2021, Amazon.com, Inc. or its affiliates