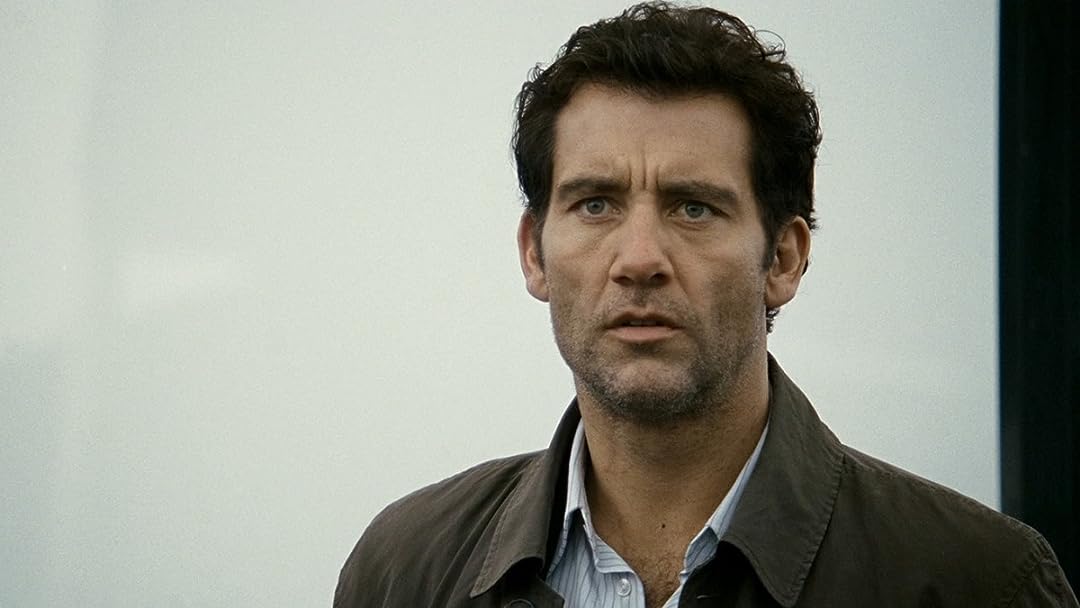 Mike GishReviewed in the United States on September 17, 2020
5.0 out of 5 stars
Not Just Entertaining, But True To Life/Educational
Verified purchase
As other reviewers have already said, this is great entertainment; as far as the negative reviews go, I’d chalk that up to the type of viewer who can’t appreciate anything that isn’t constant over the top mindless computer graphics violence and gratuitous sex.

The most important thing here is the insight you get into how the world really works, or who controls everything, and how they do it. Even though they only touch on the periphery of that, debt/credit, it’s still a big piece of the puzzle, and all you have to do to get the rest of it is go even higher than the banks, because someone controls them. I’ll leave it to you to figure out who that is. Hint, they control all the world’s money, and own the banks.

SakuteikiReviewed in the United States on July 8, 2019
5.0 out of 5 stars
Fact based war profit selling to both sides, banker to terrorists NYC DA Interpol investigation
Verified purchase
"What seems to us more important, more painful, and more unendurable is really not what is more important, more painful and more unendurable, but merely that which is closer to home. Everything distant, which for all its moans and muffled cries, its ruined lives and millions of victims, that does not threaten to come rolling up to our threshold today, we consider endurable and of tolerable dimensions."
Aleksandr I. Solzhenitsyn

Clive Owen and Naomi Watts star as an obsessed Interpol investigator and the NYC DA based on actual facts of the effort to go after the International banker to terrorists. The bank CEO was fired in Europe one day, appeared as the head of the Bank of Ukraine the next morning.

The genial family man banker defends his behavior with "if you get me, there are 100s waiting in line behind me to take my place."

The profitability of war debt to control politicians, selling war armaments to both sides of a conflict, and the bankers who finance the sales is a chilling action thriller, against the architecture of modernist Stasi Germany Lyon Mussolini's Rome, run down NYC's Guggenheim Museum, cisterns below and Grand Bazaar roofs wedged between the medieval Blue Mosque and the Hagia Sophia of Istanbul.

joel wingReviewed in the United States on September 26, 2020
4.0 out of 5 stars
Near perfect thriller about a bank that believes it's above the law & nation states
Verified purchase
Interpol detective Louis Salinger (Clive Owen) sees his partner murdered after he gains information about a large transaction by the International Bank of Business and Credit. Salinger was working with U.S. Assistant District Attorney from Manhattan Eleanor Whitman (Naomi Watts) on an investigation into the bank. It turns out other people are turning up dead as well. The International is a political thriller about Salinger and Whitman trying to figure out what the bank was doing that would lead it to order the deaths of so many people. The theme of the film is corporations who believe they are more powerful than the rule of law and the countries they operate in.

The movie sets a great mood at the start. Salinger is angry at the death of his partner and frustrated with the Interpol bureaucracy that doesn’t seem to care. He believes the bank might be trying to kill him. This gives the film a Film Noir feel to it with the main character up against an impenetrable system.

The story is full of intrigue and politics which Salinger and Whitman have to pick their way through to discover the bank’s actions and motives. This adds to the mystery and suspense.

The International is a really a great thriller with the right mood and the right tension and great writing.
15 people found this helpful

Harry MillsReviewed in the United States on September 24, 2020
5.0 out of 5 stars
Just a good movie.
Verified purchase
They finance weapons in return for concessions in any resources the eventual victor happens to have.

I kinda think that if EVERYbody in some of those war-torn places HAD a gun, then the ones that DID have 'em wouldn't be murderin' the ones that DON'T have 'em.

That's the trouble with foreign aid and all our government-to-government interactions. When aid goes directly to governments, it enriches the ruling class, but doesn't seem to help anything but the extraction of the resources the banks had their eye on all along.

It's pretty messed-up. This movie offers up one solution that's questionable, morally, but semi-satisfying, viscerally.
7 people found this helpful

Jim KReviewed in the United States on July 27, 2020
2.0 out of 5 stars
Cardboard characters in a cartoon level plot
Verified purchase
This movie has all of the elements you need for failure - cardboard characters in a cartoonish plot written by failing middle school students. The acting was straight out of the “I’m just stealing my paycheck” tradition. If you are looking for the cinematic version of a root canal you would strike gold with this forgettable mess of a film.
8 people found this helpful

V. WilliamsReviewed in the United States on October 6, 2020
4.0 out of 5 stars
Slow moving at times, but a very interesting story line worth watching.
Verified purchase
What do you do when you are helpless in fighting an omnipotent financial institution that has gone rogue? That is the circumstance of our hero in this story, who is an Interpol agent. Follow the trail of assassins and intrigue. The senior executives at this international bank have no boundaries when it comes to doing whatever it takes to expand their enterprise and exert dominance around the world. They will do anything to protect their interests. At least, that is what the writers will have you believe. That there is no moral compass. Just greed and ambition, though strangely, it is pursued collectively at the corporate level and not at the individual level. Several key executives eventually get what they deserve, but the ending leaves you believing that the future remains unchanged.
One person found this helpful

wannabeReviewed in the United States on September 2, 2021
4.0 out of 5 stars
Complex
Verified purchase
Yeah, good movie that despite some flaws is actually believable to some extent. Not the best, but pretty good. Acting isn't terrible and direction seems like it was good, but the gun fight in the museum is not believable. A gun fight in any museum anywhere would be crawling with police within 5 minutes and this fight went on forever with no police except the ones already there. Speaking of the gunfight, does anyone ever run out of bullets? Proper gun protocol? Come on, it is 2021 now but even when this movie came out the people who put this thing together should have spent more time on realistic gun protocol. And that many hit men in one place? Would never happen. But still, it does give some insight into how the world works and where the real power lies.

SBC97223Reviewed in the United States on September 25, 2020
4.0 out of 5 stars
Solid Suspense B Movie With Distracting Inconsistencies
Verified purchase
So The International is an above action suspense movie trying to follow the money on international arms trade and implying there is a great deal of corruption there in. I am not smart enough to attest to the veracity of that part of the plot so I have to rate it on what I do know and call it a mystery as that is how it lays out until we get to a totally incongruent shootout and than an even more out of place final shots fired scene. We also jump about with serious parts between scenes not having the connection to the previous included. So in the end this a pretty solid movie but with some significant holes.. Watch and have a good time. Four Stars.
2 people found this helpful
See all reviews
Back to top
Get to Know Us
Make Money with Us
Amazon Payment Products
Let Us Help You
EnglishChoose a language for shopping. United StatesChoose a country/region for shopping.
© 1996-2021, Amazon.com, Inc. or its affiliates