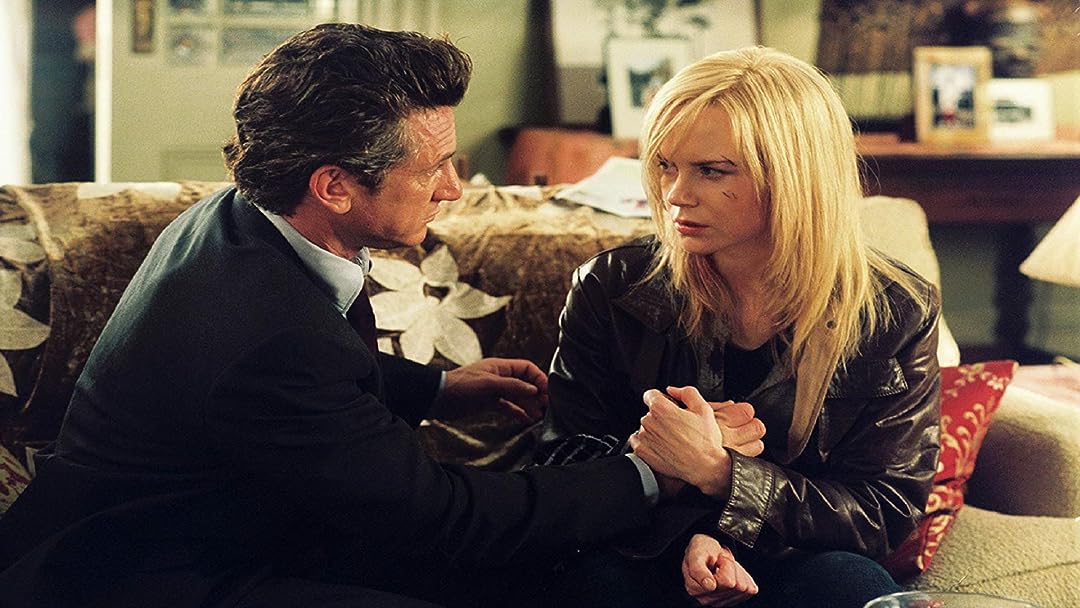 (1,027)
2 h 8 min2005X-RayPG-13
Political intrigue and deception unfold inside the United Nations, where a U.S. Secret Service agent is assigned to investigate an interpreter who overhears an assassination plot.

joel wingReviewed in the United States on April 27, 2020
3.0 out of 5 stars
Good political thriller surrounding an African dictator and a plot on his life
Verified purchase
Nicole Kidman plays a United Nation’s interpreter who is drawn into a political thriller when she overhears men discussing assassinating the blood thirsty dictator President Edmond Zuwanie of the fictious African nation of Matobo. That makes her a target for the plotters. It turns out that Zuwanie is going to appear at the United Nations to give a speech very soon. The case is investigated by the U.S. Secret Service agents Tobin Keller (Sean Penn) and Dot Woods (Catherine Keener).

The movie starts off as an investigation by Keller and Woods and then turns into an action movie. There are chases, a terrorist attack and more. The one problem is that they form a relationship between Kidman and Keller which was predictable and completely unnecessary. Besides that this was a very good film about political intrigue.
C

Student for LifeReviewed in the United States on April 18, 2021
4.0 out of 5 stars
Pretty good.
Verified purchase
Nicole does a great job here and seeing Sean Penn is kind of nice because I like his acting. The plot is pretty good but does not deserve 5 stars. Still, I watched the movie 3 or 4 times and would watch it again. An interpreter at the UN hears that the cruel dictator of an African nation will be assassinated during his scheduled speech before the UN. However, things take a sharp turn when she becomes the main suspect of such assassination due to her earlier involvement in trying to remove the dictator from power.
3 people found this helpful

Ocean JaguarReviewed in the United States on July 1, 2022
5.0 out of 5 stars
Sean Penn at his best
Verified purchase
The movie was excellent. It made a point of keeping the viewers interest peaked at all times. Nicole Kidman was a delight. She gave a very powerful performance that was complimented by Sean Penn's reaction to the various energetic scenes. I believe I have watched the film approximately six times since receiving it in the mail. Each time I watch it I come away with a deeper understanding of the actors ability to convey emotion through the film.

Pris CampbellReviewed in the United States on July 3, 2022
5.0 out of 5 stars
Fantastic movie
Verified purchase
I bought the dvd only to find that English was just cc which we can’t get since our dvd doesn’t go through the tv and the subtitles were two other languages. I ended up watching it on streaming to get the subtitles. It’s one of the most moving movies I’ve seen this year. Nichole Kidman and Sean Penn were outstanding. I highly recommend it.

Wendell HollomanReviewed in the United States on July 20, 2014
4.0 out of 5 stars
A solid four star movie
Verified purchase
Filmakers today should take some of the principles employed in developing the plot in this movie "The Interpreter," and apply them to movies that come out these days. Obviously the director was influenced by some of the great masters of suspense like Alfred Hitchcock or Terence Young ("Wait Until Dark") to name just a couple. And in turn the director of this film himself takes his place alongside these luminaries.

Having a great cast, solid plot development, suspense, and great character development made this film a very satisfying viewing experience. Also the film lets the viewer have a peak at the social and economic conditions in another part of the world that they may not be living in. This is a great element to include in a film from a "Human Interest" perspective and increases the film's overall impact. Again, great cast. Ms. Kidman, and Mr. Penn did a great job. I especially like Ms. Kidman's performance of an Africaaner accent. It sounded perfectly normal and not at all as if she were "doing an accent" and not quite nailing it. Which is something else missing in alot of today's movies. Some actors although good actors just don't have the getting a particular accent down thing together.

A solid four star movie! I enjoyed it!

M. DabneyReviewed in the United States on October 17, 2005
2.0 out of 5 stars
Someone should ask, Why?
Verified purchase
The underlying plotline is an interesting one; a dictator (or any politico) deflecting heat by making the world witness a reason to feel sympathy for him. However, the entire line of the story having to do with the interpreter, played by Nicole Kidman, does not make any sense.

Assuming the bad guys could set her up to overhear the conversation, what would have happened had she reached Pierre and found out her brother was indeed already dead, ergo he could not have anything to do with the plot? Would she take the issue further? Why would she ... where was her motive?

Even if you buy into all the improbabilities to do with the interpreter, why would the Secret Service make her a target of investigation?

Also, and the capper for me, why would the dictator's henchmen want to kill her ... or, in the alternative, assume they wanted to kill her, why get into her apartment, steal a ceremonial mask, and then stand on the fire escape to scare her??? Why?
2 people found this helpful

IRISH KATHLEENReviewed in the United States on March 3, 2018
5.0 out of 5 stars
Awesome film. The way the two lead characters
Verified purchase
Awesome film. The way the two lead characters, Penn and Kidman, portrayed their underlying attraction tension was amazing! It added to the suspense of the film and portrayed so well the "trauma bond" these two characters shared albeit via very different life circumstances.
Wonderful and incredibly heart-wrenching story about Africa and the exploitation of people via politics, resources, and greed.
I really came to appreciate Sydney Pollack the director/actor (of this film) after seeing this film.
See all reviews
Back to top
Get to Know Us
Make Money with Us
Amazon Payment Products
Let Us Help You
EnglishChoose a language for shopping. United StatesChoose a country/region for shopping.
© 1996-2022, Amazon.com, Inc. or its affiliates