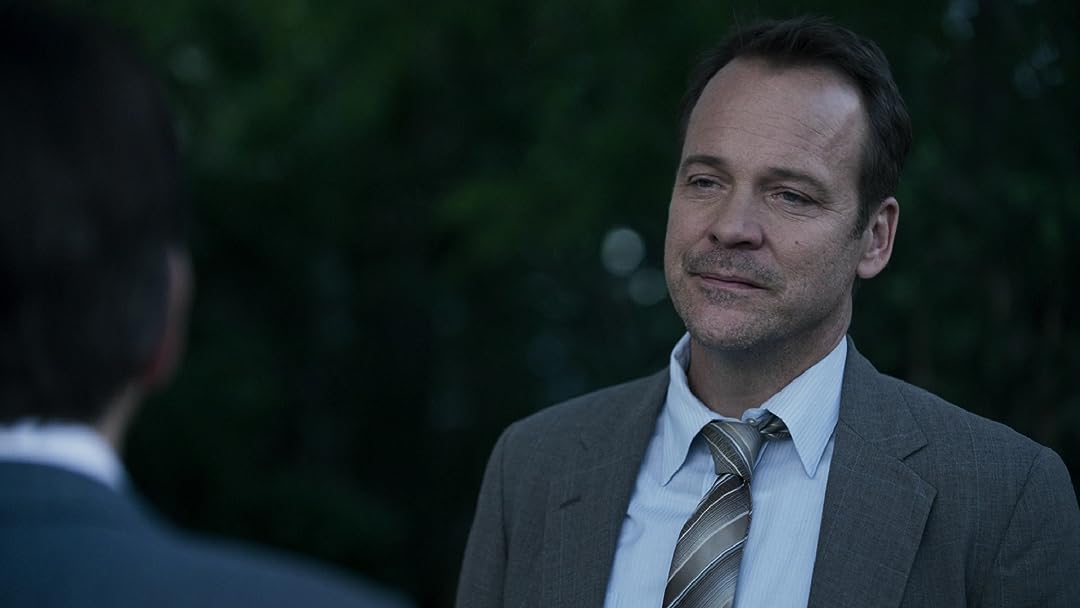 Season 1
(50)
2020X-RayTV-PG
INTERROGATION is a true-crime series based on a case that spans more than 20 years, in which a young man was charged and convicted of brutally murdering his mother.

Mr. HawlywoodReviewed in the United States on April 5, 2020
5.0 out of 5 stars
Ignore the choose-your-viewing-order gimmick
A lengthy, thoughtful and underplayed meditation on the nature of subjectivity, using flawed "interrogation" techniques as an ongoing theme, that shows off some spectacular performances by actors we already know and love and a whole bunch of newer faces. There are harrowing scenes of brutal violence here and there, as well as extended scenes of extreme psychological distress (some viewers would want to know that before getting on board). Apparently it's inspired by a true case, but with enough specifics altered that it isn't a re-enactment, but I stopped caring about that pretty quickly. I personally like gray area in my stories and characters, and that's a primary reason for a five-star rating in my book. The angle that we're seeing a Rashomon-like exploration of what various characters believe about the case is a wonderful excuse to make each character three-dimensional, psychologically realistic, and very believable. Like some professional critics, I didn't see the value in "following the evidence" and choosing my own sequence in which to watch episodes 2 through 9; I just went in their numbered order and did so within a 36-hour period (helpful for remembering details). Nice work, and I hope it's successful enough that it spawns imitations and/or more from its creators.
10 people found this helpful

MylittleEyeReviewed in the United States on September 9, 2020
5.0 out of 5 stars
Fascinating, Compelling, Incredible!
This show is truly extraordinary. A true-crime case steeped in facts, Interrogation takes on the journey of this case asking the viewer to follow the evidence and come to our own conclusion. I really enjoyed watching this. It's addictive! When I wasn't able to watch the next episode right away, it was all I thought about. That's the sign of a really good show. Kyle Gallner did such an amazing job playing Eric, I'd love to see him work more. He has an interesting IMDB page. Peter Skarsgaard, Vincent D'Onofrio, Kodi Smit-McPhee, etc, etc, etc. This show is packed with talent! I rarely write reviews for shows or movies but I felt compelled to write one for this. It's been a long time since I've seen something so rich in story and honest about some of the subject matter. If you're out of shows to binge and maybe looking for something intelligently written, expertly executed, wonderfully acted, and chillingly true then you should try this out. I remember the West Memphis 3 and the abortion of justice that culminated in wrongfully imprisoning 3 teenage boys for a brutal and sick murder because they were "odd kids" who wore Metallica t-shirts and smoked cigarettes. This is much like that case. The most frightening thing about this story is that it's not rare or singularly unique "It happens every day". It happens every day. I hope you enjoy it as much as I did.
5 people found this helpful

daniel bissonReviewed in the United States on February 8, 2020
5.0 out of 5 stars
true life crime thriller
fabulous performances from some experienced actors from several perspectives well worth watching kept me on the edge of my seat throughout
12 people found this helpful

David JordanReviewed in the United States on December 29, 2021
4.0 out of 5 stars
True Crime / Great Story / Well done ... BUT
From my life's experiences I can say that this is a great series, and a unique twist on a crime story, but here is the kicker ... none of the versions of the story told by the scumbags involved is what really happened. The narrative is excellent though in that it remains a who-done-it even after watching it. Eric was not the victim, and never was no matter how they spin it, the Murdered Mother was and still is, and always will be. The one thing I can be almost certain of is there was a reason the mother did things like nailing windows shut and feared Eric. The most notable omissions from this story are the accounts of neighbors. Chances are very good many saw this coming. The Son Eric is and was the Quilty party, remove him from the narrative and there is no narrative, no crime in the end ... that kind of says it all right there. The episode that I believe gets the closest to the truth may be the one with the phycologist. That together with the forensic evidence which was totally left out because it would spoil the story is why Eric was convicted. Look it up.
2 people found this helpful

♤ Pain ₩arrior ♤Reviewed in the United States on December 10, 2021
4.0 out of 5 stars
Phenomenal Acting!
I'm hooked. This series can be a bit dry and monotone at times, but it really is unique and thought-provoking. I have no interest in watching it in random order like they suggest, although it's presented as an option because cold cases are not investigated in a linear fashion, and neither is this slow-burning murder drama. It jumps around in time from season to season and their physical appearances don't always support that (although I do appreciate the effort they put in).

The acting is absolutely phenomenal by an all-star cast; there are so many talented actors in this. Kyle Gallner is an excellent lead, with an immense acting range. He deserves a nomination for this complex role as a young man in prison, trying to survive and clear himself of his mother's murder.

If you like true crime, and a good ol' who dunnit, this is really good. It's also very serious, so if you're just looking for pure entertainment you won't find it here. It makes me angry at the justice system, at overzealous and crooked cops with an agenda, and I feel empathy for those who are wrongly convicted and imprisoned. This series is dramatic, emotional and very well made.
There is nothing worse than screaming out your truths and not being heard or believed by anyone around you.

StefieReviewed in the United States on April 17, 2020
5.0 out of 5 stars
Great series; Poor episode lineup advice
I loved the series and hope there will be more like it. What I didn't like was the mixing up of the episodes... knowing how it ends by episode 6 then having to watch 4 more episodes wasn't very fun, although everything was well-written and the overall filmography was great! Save the ending for the end! If mixing up episodes 2-9 is what you want to do, then fine but don't give us the ending before we get to the end. But overall, GREAT SHOW!! Can't wait for season 2!
6 people found this helpful

JT DickinsonReviewed in the United States on August 25, 2020
5.0 out of 5 stars
Dang! Riveting!
I watched the entire thing in 24 hours. I had to. I could not get it out of my head. SO well done. The thing about true crime stories is that they can't be summed up in a weekend. Life is slow, the system sucks, and I had to watch every minute of it. MUST WATCH!
6 people found this helpful

Todd M.Reviewed in the United States on December 16, 2021
4.0 out of 5 stars
It’s a pretty good unsolved murder case… with a few issues.
David Strathairn as Eric’s dad didn’t work for us so we skipped two episodes where he was the main character. However, I think the weakest point was in deciding that the same person play Eric at 17 and as an adult in his 40’s… because as a teen it just didn’t work and it was more annoying than entertaining. Otherwise, it was a pretty good police procedural with a fair number of twists and more than a few possible suspects. I though the dad doing it would have been good but that one just never came up in the mix. I didn’t think a 10-episode series without a definitive ending would work but it did for me in this one and other than those two annoyances it was overall pretty good.
See all reviews
Back to top
Get to Know Us
Make Money with Us
Amazon Payment Products
Let Us Help You
EnglishChoose a language for shopping. United StatesChoose a country/region for shopping.
© 1996-2022, Amazon.com, Inc. or its affiliates