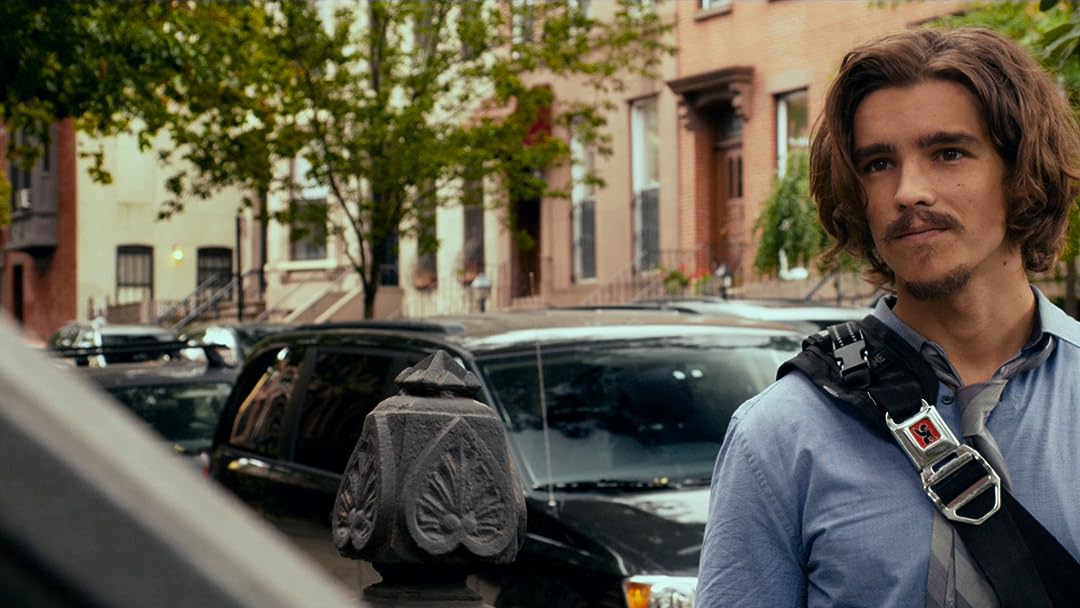 An Interview with God

(2,263)
5.71 h 37 min2018NR
In the grips of a personal crisis and at a crossroads in life, a young journalist takes on the opportunity of a lifetime – an interview with a mysterious man claiming to be God.

Amack888Reviewed in the United States on December 21, 2018
5.0 out of 5 stars
Top rate film
Verified purchase
I get pretty sick of the Hollywood shtick sometimes. Actually a lot of times. This is a great movie with a great premise. I feel it was very well written and the answers given by the actor who played God allow one to think about one's life more purposefully.

Yes, I'm a Christian. I try faithfully to follow God's word and be faithful to Jesus' teachings. I feel love and relationship are key to sharing the gospel. I never liked "bible thumpers" bugging me with the message of salvation. I don't want somebody who knows nothing about me judging me. But someone who I knew and who was consistent in their walk I would listen to. This movie talks about Christ but does so in an extremely subtle way. The main message is about living a life for God and not for one's self.

I believe God can save a marriage. He saved my marriage. This movie discusses that in a very unique way. I don't want to give anymore away.

If you are curious about God, a believer who desires to see good content, or just want to see something different, I HIGHLY recommend this film.

BayouReviewed in the United States on November 26, 2018
5.0 out of 5 stars
Tasteful and excellent acting
Verified purchase
I enjoyed the movie. Sometimes I just need a magical moment. That was what the movie provided. Great acting. I know the skeptics and critical thinkers will tear the movie apart, the drama kings and queens will more witty script. For me, personally, it was like meeting an old friend, relaxing, trusting for a good outcome and not being disappointed.
41 people found this helpful

Melissa R. MendelsonReviewed in the United States on December 30, 2018
5.0 out of 5 stars
If our lives have reached the end of their story, what would you do?
Verified purchase
What if you were walking through the park one day? The sun's shining. People are jogging nearby. Some old men are playing Chess. Then, you stop walking and turn to see this man sitting there, staring at you. It's like he was waiting for you, and for some reason, you move toward him, sit down on the opposite side of the Chess table. And he seemed like any other person, just another human, but what if he wasn't? What if he revealed from the beginning who he really was? Would you still listen? Some of us have seen terrible things, things that will change us, whether we admit it to ourselves or not, and those terrible things can derail us. It can shake our foundation, crack it open, and if not careful, we could be swallowed up by the abyss beneath it. Others just stumble over the cracks, trying not to fall, but when they fall, is there anyone really there to catch them? What if he appears out of the blue, willing to give answers to questions constantly asked? Would we believe him, or would we call him a Prince of lies? How could we wrap our mortal minds around the conversations with him, and why would he come to us? What would make us different, or is it because we have reached our end? If our lives have reached the end of their story, what would you do? What would you do with the answers that he had given? Would you throw them away, or would you share them? Would you help others, try to erase the bad that had fell upon them? Would you chase after love and hold onto it as long as you could? We never want to know when it's over, but we can't live forever. And time is a precious thing, sands in an hourglass that are counting down to that last grain, and when that last grain falls, that's it. But we are not gone yet, so what would you do if you had an Interview with God?
28 people found this helpful

Brian D. ErvinReviewed in the United States on August 3, 2021
1.0 out of 5 stars
Should be called "Moral Therapeutic Deism: The Movie"
Verified purchase
This movie struck me as what a non-believer with only a passing knowledge of religion in general and Christianity in particular would come up with if tasked with creating a reverent, serious movie with God as a character. As in, it's a long string of half-considered cliches about religion, presented very soberly and acted out very earnestly, but with no real substance to it. The Bible is mentioned as if it was conceived of by God, but it got away from Him, and there is no indication that anybody involved with this movie ever actually read it.

So, it gets an "F" on its theological substance, and a "D" on the movie itself ... none of the conflicts setup in the beginning see any real resolution. The movie ends as if they did, but they're really just glossed over and abandoned, and then the credits rolled.
10 people found this helpful

Critical MassReviewed in the United States on February 10, 2019
3.0 out of 5 stars
"HOW MANY ANGELS CAN STAND ON THE HEAD OF A PIN?"
Verified purchase
I purchased this DVD because I was intrigued by its premise and admire the range and skill of Brenton Thwaites (from Blue Lagoon: The Awakening, Ride, Son of a Gun, Titans, etc.). There is always a problem when dealing with the subject at hand: 1) God in this particular film only represents around 20% of the world's religious population; 2) Our current world is NOT exclusively monotheistic (see Hinduism); 3) How to depict the unknowable; 4) The nature of divine responses which, for me in this film, were like some of the ambiguous sayings attributed to the Oracle of Delphi. All that being said, I could have enjoyed this movie far more if it had better editing, was a little less preachy, and didn't leave us with questionable "red herrings". For example: Why did we have to see so much of Paul (BT) cycling? Was the theft of his bike supposed to be "bad things happen to good people"? It wasn't always clear as to how Paul always knew where to meet God; What was the purpose of discovering that the individual playing God was a human who died 12 years earlier in Afghanistan? Was the chess game shown at the beginning of their first encounter meant to be a metaphor or symbolic of the way the questions and answers would be dealt with in this film? It never came up again. It wasn't clear to me for a long time whether it was Paul or his wife Sarah who had an extra-marital affair, or was it both? (The names Paul and Sarah are so obvious that they were actually trite.) Paul nearly contemplating suicide - the ultimate blasphemy - was barely commented upon. I also agree with many other viewers who criticized Paul's continuous shrillness. But I believe that this was the fault of the Director. A more nuanced reaction to God and what he said would have been far more sensible. One never gets the impression that Paul ever felt intimidated or in awe by the divine presence. There were even times that he should have been absolutely speechless without even a response. And what was the purpose of telling Paul that his time was "almost up"? Was it ultimately meant to dissuade him from what God saw he was going to do in the near future? If we have "free will" then we are doomed to make "uncontrolled mistakes" which will then lead to "bad consequences". Was God's remark to Paul an act of divine interference? This subject might have been treated in more depth. Why did one of Paul's office mates (a woman) keep staring at him in a disapproving way? His boss came off almost as an amateur preacher as if he was now providing the direct answers to Paul's questions that God would not answer directly.

In the end, I felt as though I had just seen one of those many many Hallmark Christmas films albeit with a bit more depth. On the positive side, I also felt that this movie was more philosophical than religious. It did give me something to consider and reflect upon from time to time. Unfortunately, it went round and round to a point where I was reminded of one of those Medieval debates: "How many angels can stand on the head of a pin?"
13 people found this helpful

LawmanReviewed in the United States on November 12, 2018
5.0 out of 5 stars
Loved it.
Verified purchase
Great movie, with a great cast and an even better message. Absolutely loved this movie.
18 people found this helpful

DoloresReviewed in the United States on November 17, 2018
5.0 out of 5 stars
One of The best Movies I have seen 2018
Verified purchase
Thought provoking and intelligent, a movie I will watch again. I would love to see a work book and study come out of this.
15 people found this helpful

Layne RoachReviewed in the United States on August 23, 2021
5.0 out of 5 stars
Relatable, such great wisdom, "sometimes the miracle is you"
Verified purchase
I'm glad someone recommended this movie, I was curious. Loved all the actors, they did great! I admit the ending seemed fast, but luckily I went back the next day and watched the last :20 minutes and GOT IT! hee hee, so often we search "out there" for an answer, or to see outward a miracle, yet it's inside of us all a long. What a great gift given to us while here on earth. Lots of great lines in this movie. Nice that they aren't scripture which can turn some away. I really enjoyed this movie.
2 people found this helpful
See all reviews
Back to top
Get to Know Us
Make Money with Us
Amazon Payment Products
Let Us Help You
EnglishChoose a language for shopping. United StatesChoose a country/region for shopping.
© 1996-2022, Amazon.com, Inc. or its affiliates