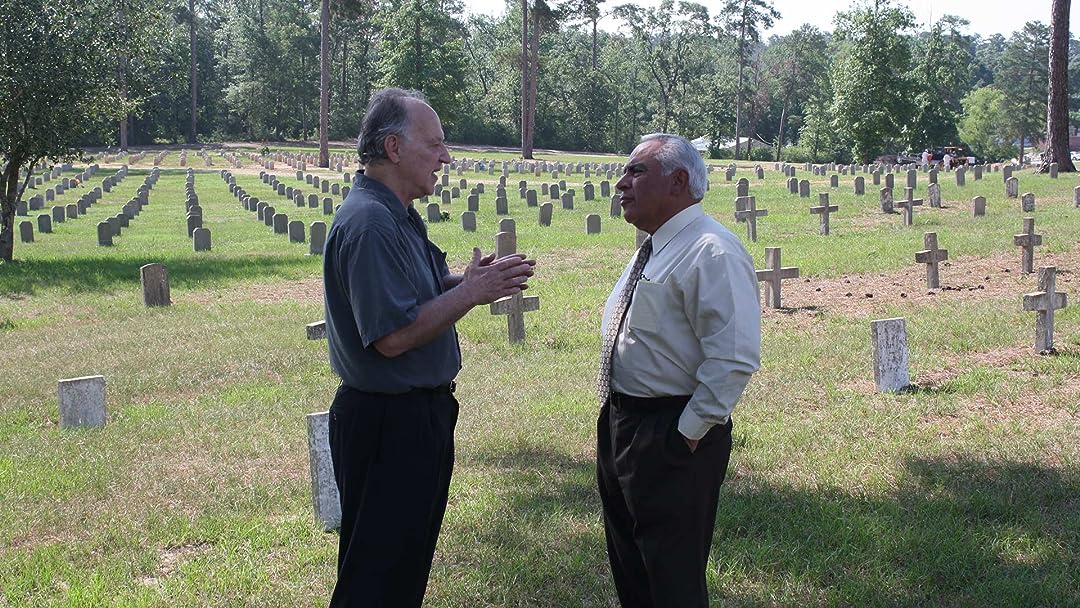 (337)
7.31 h 47 min2011X-RayPG-13
Dive into this examination of homicide, imprisonment and capital punishment with the insight and compassion that only Werner Herzog can provide.

CoryReviewed in the United States on February 28, 2015
5.0 out of 5 stars
From the Depths of depravity to the fragility of human sensibilities , it's both sad & tragic
Verified purchase
I love the way Herzog tells a story. You'll find the facts embedded within the individuals' stories. This is about crime and punishment, but , Herzog always finds a way to make his films about people. Some of the elements of the crime are almost unbelievable. How? you ask. And, why? The ignorance of Youth? Desperation? Lack of self-worth? Physical detriments to the brain or learned behavior causing lack of empathy? Drugs? Probably all of the above. Still, as it unfolds, you see how the crime affected people all down the line: from relatives, to prison guards, to pastors. He doesn't try to paint a picture of the people in his film; he allows them to do that.. He is anti-death penalty, but he doesn't try to change anyone's mind. He allows you to view humanity, loss of life, pained regrets, denial of responsibility for your own assessment.
A question that has been around for eons: what causes brutality & stupidity? Can it be addressed before the worst happens? And once the worst happens, what is the best way to address it.
And why in one of the most civilized countries on earth do we continue to have relatively high numbers of senseless crime even when the death penalty has been around a long time?
If you have the least bit of curiosity & emotion, Herzog's films seem to make you question your own thoughts & ideas for days & months after viewing. Not for someone just wanting a good old 'shoot 'em up'- but I am thankful for documentaries such as these.
As an aside: another film that is hauntingly engaging is Herzog's "Grizzly Man" . Particularly if you're an animal lover and intrigued by people who march to their own drum.

CJohnsonReviewed in the United States on July 13, 2021
1.0 out of 5 stars
Sad and pathetic.
Verified purchase
Michael Perry killed my friends Adam and Jeremy. I found out on Halloween in 2001, when I picked up my brother early from school. They were murdered just 3 minutes from our house at Adam's house in the woods. They murdered them in cold blood.

Perry was a psychopath that deserved the death penalty. In 2010 when it happened I cried, cried from happiness because it was just, it was deserved. Perry and Burkett took two of our friends from us, two, and an innocent woman, all because they wanted a car. It's not just three lives that were taken, it's the dozens of people that knew all three of them, that loved them all, that have been forever changed by the selfishness of two individuals.

laurenReviewed in the United States on February 12, 2021
5.0 out of 5 stars
*SPOILER ALERT*
Verified purchase
This is pretty interesting. I have to say that In the beginning when Micheal Perry confesses in great detail that he was the killer of all 3 victims and led them to the bodies that he would be remorseful. He wasn't at all and denied that he did anything at all. You can tell that he is a demon. His body language and complete denial of what happened is truly sickening. I couldn't help but feel disgusted that the writer kept coddling him as if he was an innocent little boy. Everything else about this film was moving but this man deserved to Die. The icing on the cake is when his last words were "I just want all of you to know I forgive you for this Atrocity!!" What a slap in the face. I believe the other guy. He seems stable and truthful. Hopefully he can be granted his parole.
One person found this helpful

Amazon CustomerReviewed in the United States on January 10, 2013
5.0 out of 5 stars
Even on Death Row a human being is still a human being.
Verified purchase
Herzog is not trying to get any of these men out of death row. There is little doubt about the guilt of these condemned men, nor is he trying to save the souls of those destined to be exterminated by the state. I think that Herzog is trying to save the soul of the audience, the soul of the state, and the souls of the citizenry who have convinced themselves that ending the lives of murderers will somehow result in cosmic justice or less murder in the United States of America. Herzog pursues this aim by confronting all sides of a senseless and brutal multiple homicide case with his inquiring, unflinching camera: law enforcement, perpetrators, witnesses, family of those murdered, a vacuous spiritual leader who has an unexpected moment of revelation on-camera, and, most tellingly, a former executioner. Of course, I'm not talking about the kind of executioner wearing a hood and wielding an ax. I'm talking about the man who oversees the final moments of the condemned--making sure all the straps are in place, and the poison gets into the right veins and in the right amount. Herzog isn't shilling for some empty political party, or self-serving candidate for office. He is going straight for the guts of our humanity--a humanity which is directly debased by the act of state sanctioned murder. This is a truly essential film that defies all political orthodoxies and asks its audience to confront basic issues of humanity, decency, and justice. It should be shown in every classroom, in every theatre (in IMAX even), and on prime time television at least once or twice or three or four times a week. Or you could just buy this DVD and show it to friends, family, strangers, enemies, allies, those you love, and those you hate.
4 people found this helpful

HotmusclemanReviewed in the United States on June 7, 2012
5.0 out of 5 stars
Great documentary of very tragic murders and aftermath
Verified purchase
This is a great documentary of three tragic murders and the aftermath it leaves behind. Two 18 year old men, Michael Perry and jason burkett kill a well to do mother,her son and a friend all over a red camaro sports car. Fantastic interviewer werner Herzog(grizzly man) interviews the killers and the families of the victims. MR. herzog does a great job in getting to know what the killers were like and and also finding out the victims families thoughts too. This is a very horrifying,touching, sad look at such a senseless crime where many families are ruined from it. Much recommended viewing.Highest marks!
2 people found this helpful

A.R.Reviewed in the United States on September 19, 2021
5.0 out of 5 stars
Great documentary, horrible tragedy
Verified purchase
It's a very tragic story. So much lying by several people interviewed. Obviously both Perry and Burkett are lying through their teeth. That Jared Talbert character with his story about a foot long screwdriver goin all the way in seemed like a definite lie. It's a great documentary though. A must watch.

This isn't an "issue" documentary, one concerned with facts and arguments. It has those things, but it is not about those things.

* "I do not do interviews. I'm not a journalist. I have no catalogue of questions. I have discourse. And I do not know where it will lead me. A goal is to look deep into the heart of ourselves."

* "I was fascinated by this particular crime because of its senselessness."

Three people were killed for seemingly no other reason than a red Camaro--a red Camaro that the perpetrators kept for not even 72 hours before being detained, and a red Camaro that has since been impounded and eventually ruined when a tree grew through the floor.

* "While only eight hours of footage were shot to make the entire 118 minute film, the editing process was so intense that both the editor and I started smoking again."

The smoking paid off. There are some golden moments, like the preacher talking about his transcendent moment involving squirrels on a golf course, or the former executioner talking about living out the "dash" on the tombstone, or the cartoonish good ole' boy telling the story of getting stabbed with a screwdriver with almost clinical nonchalance.

* "Into the Abyss could have been the title for many of my films, by the way."

Don't let this be the only Herzog movie you see. As far as I can tell, there are only two truly great filmmakers currently operating, only two filmmakers not just deserving but *requiring* your undivided attention: one is Errol Morris and the other is Werner Herzog.

P.S. - As part of the same project, Herzog did a miniseries in four hour-long episodes called "On Death Row." All four can be found on YouTube and all four are very much worth watching--maybe even more so than Into the Abyss. If I had to recommend just one of the four episodes, it would be the one with James Barnes-- it is one of the creepiest things you will see, that a man so calm, thoughtful, and intelligent would casually admit to doing such gruesome things. It will annihilate your cozy worldview of gruesome murderers being "monsters."

My favorite moment of the series, though, comes at the end of the Linda Carty episode. There is a long lecture from the prosecutor about the dangers of attempting to "humanize" Carty because sympathies will go to the perpetrator instead of the victim. Werner's two-sentence reply lifted the hair on my skin.
38 people found this helpful

Kimberly AnthonyReviewed in the United States on February 22, 2020
5.0 out of 5 stars
Movie
Verified purchase
I enjoyed the documentary. It was very informative. A sad story.
One person found this helpful
See all reviews
Back to top
Get to Know Us
Make Money with Us
Amazon Payment Products
Let Us Help You
EnglishChoose a language for shopping. United StatesChoose a country/region for shopping.
© 1996-2022, Amazon.com, Inc. or its affiliates