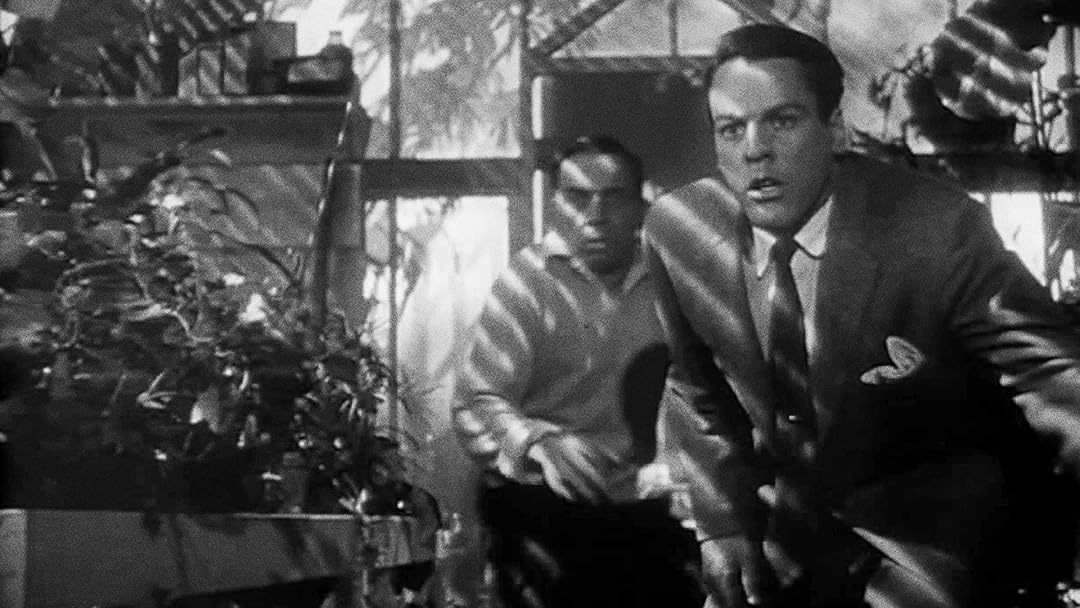 Invasion of the Body Snatchers

(2,000)
7.71 h 20 min1956PG
Classic science fiction thriller about a small California town being infiltrated by pods from outer space that replicate and replace humans. Based on Jack Finney's novel, "The Body Snatchers."

At the same time... I am not quite sure, and the movie never really explains, what is wrong with the body-snatcher-versions of people anyway. They mow the lawn, ride bicycles, eat lunch. They do everything normal people do. They actually seem to want to be normal people. What's wrong with that? The only real clue as to what is objectionable about them is that, according to the movie, they seem to lack some almost ineffable aspect of consciousness revolving around inner thoughts/life that only their closest relatives are able to discern is lacking. The hinted-at missing element of consciousness seems to have no negative effect on the body-snatcher-version-of-a-person though. In fact, the only thing that you could really say about the missing conscious element is that it allows the body-snatcher-version-of-a-person to mow the lawn cheerfully without any kind of negativity about their lot in life or self-doubt. From the point of view of Capitalism this seems like a good thing. So it's never really clear in the movie whether the allegory is supposed to be an indictment of communism or capitalism. That it is intended to be an indictment of something is clear. But what? Peaceful communities where people don't have dark weird thoughts intruding on their scheduled chores? Psychology? The suburbs? I guess I need my political allegory to come out and clearly say which side its on before I can buy-in fully.

Arthur BlenheimReviewed in the United States on May 18, 2021
3.0 out of 5 stars
Great film, but no special features
Verified purchase
The Olive 2012 disc of the classic science fiction-horror and semi-film noir classic, "Invasion of the Body Snatchers" (1956), has a decent picture image and sound, but no special features whatsoever, not even subtitles. It's unforgivable. The original preview trailer should be here. The preview trailer is part of the memory of this film, and it belongs on the disc. Anyone shopping for this classic should rather get the 2018 Olive release, which has tons of special features and, according to Blu-ray.com, which rates picture, sound, and special features, better sound transfer and tons of special features, including subtitles, the original preview trailer, and two audio commentary tracks. Go for the second Olive release of 2018.
11 people found this helpful

joel wingReviewed in the United States on December 15, 2020
4.0 out of 5 stars
LIves up to the hype of being a sci-fi classic
Verified purchase
Invasion of the Body Snatchers was made very quickly on a shoestring budget. It was largely seen and forgotten but with time has become a sci-fi classic. A small town is taken over by duplicates that end up chasing after two of the last survivors Dr. Miles Bennell (Kevin McCarthy) and Becky Driscoll (Dana Wynter).

The first good thing about the movie is that it doesn’t waste any time with romance or melodrama. Bennell and Driscoll meet up and almost immediately they are warned about strange things happening in town. Then there’s the pods, the take over and the chase. It didn’t require any real special effects to provide a very effective thrill. It just slowly but surely builds up. There’s also the larger question the movie poses. The duplicates have no emotions. As Dr. Bennell says in one scene they can never love or be loved. Bennell and Driscoll therefore aren’t just struggling to survive but to maintain the human race and the emotions it is based upon.

For what was a B-movie at the time Invasion of the Body Snatchers lives up to all the hype.
C

WALTReviewed in the United States on April 29, 2021
5.0 out of 5 stars
THIS IS THE GREAT, FIRST CLASSIC OF 1956, AND THE MOST BREATHTAKING
Verified purchase
NO SPOILERS. THERE ARE FOUR MOVIES OF THIS FILM, AND THIS IS THE FIRST AND FINEST. WITH KEVIN MCCARTHY AND THE BEAUTIFUL
DANA WYNTER, THE TERROR AND ACCOMPANYING FILM SCORE MAKE FOR A MOST FRIGHTENING SCIENCE FICTION MOVIE. TEENS CAN SEE
THIS, NO PROFANITY, NUDE SCENES OR VIOLENCE. AS A DOCTOR RETURNS TO HIS HOME TOWN NORTH OF LOS ANGELES, HE HAS A LONG LIST OF PATIENTS CLAIMING A LOVED ONE......A MOM, A DAD, A BOY.......IS NOT THE SAME AS THEIR OWN RELATIVE. AS THE DOCTOR AND
HIS FORMER ROMANTIC INTEREST DISCOVER, SOMETHING OR SOMEONE IS CHANGING THE PEOPLE IN QUESTION. THEIR FORBIDDEN
SECRET IS SEEN BY THE VIEWER AND THE TERROR IS HORRIFIC. THE SCRIPT AND DIRECTION ARE WORLD FAMOUS, AND WHAT A DOUBLE TWIST ENDING. THREE REMAKES WITH OTHER STARS FOLLOWED EVERY TEN YEARS APART........BUT THIS IS THE ONE!
9 people found this helpful

Mathew A. ShemberReviewed in the United States on November 12, 2019
5.0 out of 5 stars
The classic!
Verified purchase
The classic. I remember seeing this when I was young and it scared me. Not so much the pod people; more like the end where Miles looks at the screen and screams "your next!" :D

It's been remade a couple times and though they have their own touch; they still don't match the original. Pod people! A phrase people know and it's creation was from this movie.

I could speak of the movie story; I won't as it's well known. What is fascinating is it's statement of humanity. How quickly people became paranoid, turn on each other and how quickly people loose empathy. It's almost a statement of people since then. We like to think we will rally and face the threat. The question? Would we really?

Streaming wise; no issues on this one.
9 people found this helpful

Eric SanberReviewed in the United States on August 15, 2016
5.0 out of 5 stars
Classic Science Fiction
Verified purchase
There were two remakes of this film but, for my dollar, this is still the best.

Here's the scoop. Dr. Miles Bennell (Kevin McCarthy) returns to to his practice in Santa Mira after being away at a conference. Something is afoot. People are saying that close friends and family they've known forever are not their friends and family. A backlog of patient appointments dries up and he's left scratching his head. He runs into an old flame (Dana Wynter) and, as the two try to rekindle their relationships, other odd things begin to happen that get them to realize something very serious is going on.

This film sports a very efficient script by Daniel Mainwaring as well as direction from veteran Don Siegel. The questions are laid out very early on and the clues build to a startling conclusion which then segues into the pair trying to figure out how to both escape the problem as well as raise the warning. This all builds to a frightening and feverish pitch. What starts out slow and easy on soft sunny days speeds up and turns dark with sharp, ugly shadows.

Some say this was made as a warning against Communism. Some say it's a warning to any society to not become to homogeneous. I suppose arguments can be made either way. But, social commentary aside, this is a wild ride. It is also said that the end was shot after the fact to calm people and let them know that our government has our best interests in mind. I don't know if that's true but, given the opening scene, I'm not buying it. It works too well.

This is right up there with the best science fiction films of that era. If you're a fan, have at it.
20 people found this helpful

William J. BeanReviewed in the United States on June 10, 2017
4.0 out of 5 stars
No subtitles - my only complaint
Verified purchase
This is an excellent transfer of a very interesting movie. It falls a bit short of a "Criterion Collection" quality transfer, but not by much. The only reason I didn't give this five stars, rather than four, is the lack of subtitles. After all, the hearing impaired might want to watch this too.
20 people found this helpful
See all reviews
Back to top
Get to Know Us
Make Money with Us
Amazon Payment Products
Let Us Help You
EnglishChoose a language for shopping. United StatesChoose a country/region for shopping.
© 1996-2022, Amazon.com, Inc. or its affiliates