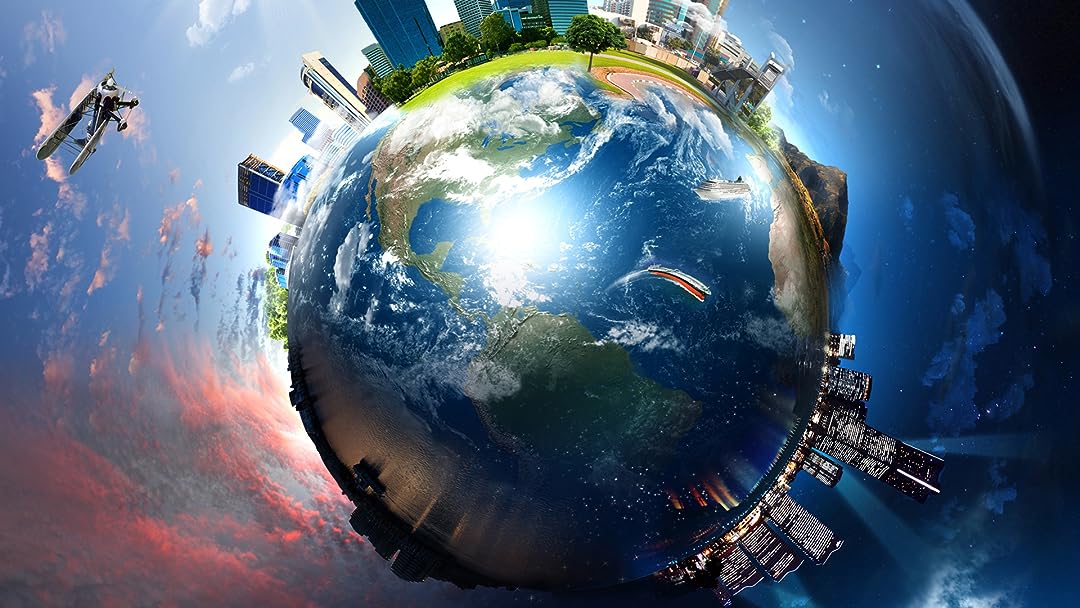 Inventions that Shook the World

Season 1
(56)
8.32012X-RayALL
Go on a decade-by-decade voyage of discovery through life-changing inventions, like the radio that made the world smaller, the machine gun that made it more dangerous, or the parking meter that made it more expensive. Witness the discovery and creation of billion-dollar inventions and financial disasters - all players in the most innovative century the world has ever known.

JoseReviewed in the United States on December 14, 2017
4.0 out of 5 stars
Four Stars
Verified purchase
VERY INTERESTING, As a design engineer a lot of review but many nuggets that I found fascinating. Thanks!
8 people found this helpful

rkReviewed in the United States on December 22, 2018
1.0 out of 5 stars
Very frustrating
Their version of history is so disjointed and leaves you scratching your head as to what aspect of a particular technology the alleged inventor actually invented. They make it sound like all of radio was invented by one guy. I don't know how they got to this conclusion, but I'm pretty sure they overlooked phase 2: Steal underpants. A low brow reference, for sure, but it illustrates my point. I have excitedly sat through 6 of these (sub-)episodes, waiting for my questions about remote radio control, radio-telegraphy, refrigeration, etc. to be answered or at least addressed. But all I get is a few poorly-reenacted tinkering scenes and 'eureka' moments.
If you want to have a drunken-stream-of-consciousness view of history, watch this series.
17 people found this helpful

MReviewed in the United States on November 16, 2018
1.0 out of 5 stars
Uninspiring
We can thank women inventors for many key inventions including Kevlar, caller id, fire escapes, improved life rafts, computer algorithms, wifi, disposable diapers, dishwashers, and central heating. Though, this show will leave you thinking women are just for cooking,cleaning, and consuming products. It seemed as if the directors intentionally tried to avoid as much as possible mentioning any female inventor by name. Is it really that bad of a thing to show our young boys and girls that there were also female role models that they can look up to and be inspired by?
20 people found this helpful

Craig PhillipsReviewed in the United States on November 17, 2018
3.0 out of 5 stars
Music is louder than the narrator
If it was not for the poor mixing job of the audio engineer I would give 5 stars. The music should NOT over power those who are speaking it needs to be lower. It is very obvious to the viewer that the audio production doesn't have balance.

This would have been a great series. It could have been an awesome educational series, but when you have music at or above the people talking then you've done a poor job.

Steven SchnelzReviewed in the United States on March 13, 2019
3.0 out of 5 stars
They should have hired somebody to check this
OK. Carrier is the father of psychometrics and mechanical refrigeration but the description here is way out of whack. Likewise the characterization of the Wright brothers wind tunnel, sonar and just about everything else. Well produced and all but the facts are just twisted like the person writing it didn't quite get it. I am no engineer but, wait, yes I am...
9 people found this helpful

Earl CarlsonReviewed in the United States on December 23, 2018
2.0 out of 5 stars
The sound on some episodes was terrible
On a couple of episodes, the narrator spoke barely above a whisper, as though the information was so important it must be kept secret from the viewer. Then, to make matters worse, the background noise and some god-awful (and completely unnecessary) music drowned out the little that might have been communicated.
8 people found this helpful

Jennifer BarkerReviewed in the United States on January 27, 2019
3.0 out of 5 stars
Nice program, but...
Love watching these, but the 1920's was not fully uploaded and only 16 the 45 minute show.
9 people found this helpful

topherleeReviewed in the United States on October 20, 2021
1.0 out of 5 stars
totally wrong and how could a documentary be wrong and list Marconi with Tesla's patent?
Following up on Hertz's work, the genius Nikola Tesla first demonstrated wireless communication in 1893. One year later, the Bengali physicist Sir Jagadish C. Bose and the British physicist Sir. Oliver J. Lodge followed suit. Meanwhile, in England, a young Italian named Guglielmo Marconi had been hard at work building a wireless device. Tesla filed the first US radio patent in 1897. Marconi's first patent application in the US, in 1900, was turned down. His revised applications were repeatedly rejected because of the priority of Tesla. Nonetheless, his Marconi Wireless Telegraph Company Ltd. began thriving. Then, on Dec. 12th, 1901, Marconi for the first time transmitted signals across the Atlantic. Tesla commented:

"Marconi is a good fellow. Let him continue. He is using 17 of my patents."

In 1904, surprisingly, the US Patent Office reversed previous decisions and gave Marconi a patent for the invention of radio. Marconi later won the Nobel Prize and Tesla sued his company for infringement. In 1943, a few months after Tesla's death, the US Supreme Court finally overturned Marconi's patent in favor of Tesla.
One person found this helpful
See all reviews
Back to top
Get to Know Us
Make Money with Us
Amazon Payment Products
Let Us Help You
EnglishChoose a language for shopping. United StatesChoose a country/region for shopping.
© 1996-2021, Amazon.com, Inc. or its affiliates