An Irish Country Christmas: A Novel and millions of other books are available for Amazon Kindle. Learn more 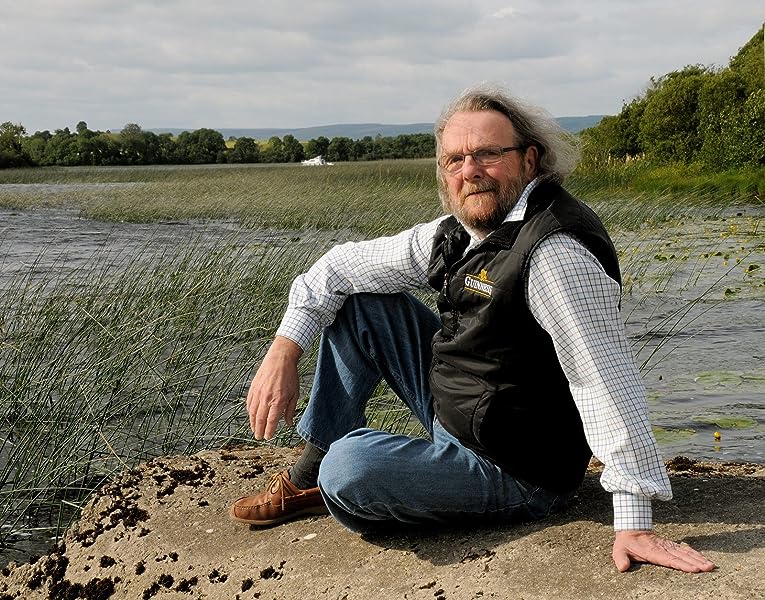 by Patrick Taylor (Author)
4.7 out of 5 stars 697 ratings
Book 3 of 16: Irish Country Books
See all formats and editions
Sorry, there was a problem loading this page. Try again.
Read more Read less
Previous page
Next page

“This book is written with compassion and hilarity about a community whose inhabitants are as wonderful and loony as any on earth.” ―Malachy McCourt, New York Times bestselling author on An Irish Country Doctor


Read more
Start reading An Irish Country Christmas on your Kindle in under a minute.

4.7 out of 5 stars
4.7 out of 5
697 global ratings
How are ratings calculated?
To calculate the overall star rating and percentage breakdown by star, we don’t use a simple average. Instead, our system considers things like how recent a review is and if the reviewer bought the item on Amazon. It also analyzes reviews to verify trustworthiness.
Top reviews

Laura E.
4.0 out of 5 stars Charming series
Reviewed in the United States on October 15, 2018
Verified Purchase
Although this book rates a 4, it is not quite up to par with the first two books in the series. There is a little too much repetition from previous books, as if the author has a checklist handy to make certain each character says and does certain things in every single book. Mr. Taylor is in danger of turning his beloved characters into caricatures of themselves.

That said, there were certainly many enjoyable moments. Also interesting were the two, shifting POVs between Barry and Fingal. The previous books were mainly told through Barry's POV. It was a nice switch, especially as Fingal grows more serious about Kitty and the reader is now privy to his inner thoughts and feelings.

This was the first time I didn't like Barry in spots. I understand why he was upset with Patricia, but a little disappointing that he would so quickly consider being unfaithful. Why is it as soon as a man falls in love with a woman, he then wants to change her? Guess what? Once she changes, she won't be the girl he fell in love with (and, yes I know, some women are guilty of this, too). Despite the happy ending, something tells me we haven't seen the last of the schoolteacher.

I liked learning about all the Irish and Ulster Christmas traditions. The tradition of sending the letters to Santa up the chimney reminded me of my niece when she was young. She had a Barney Christmas video where he sent his letter to the North Pole on a gust of wind. That year my niece was determined to do the same. When she let go of the paper, my sister distracted her while I ran to grab the list before it could blow away. (You see, she didn't let us look at what she had written before sending it. Ha ha!)
Read more
4 people found this helpful
Helpful
Report abuse

Kindle Customer
VINE VOICE
5.0 out of 5 stars A Perfect Story for This or Any Time of Year!
Reviewed in the United States on December 16, 2016
Verified Purchase
It is Christmastime in little Ballybucklebo and the doctors, Fingal Flahertie O' Reilly and his young assistant, Barry Laverty find themselves in the thick of things as usual. A former classmate of O'Reilly's has set up a practice in town and employing less than scientifically proven practices causing stress to both of our heroes--first for the possibly harmful but definitely non-helpful methods but also, in Barry's case, worry that the small town cannot support three full time doctors. There are the usual sniffles and coughs of the winter season with which to deal but also a home delivery of a breech birth and the discovery that the local dressmaker is less a heartless employer than she presents herself. Then, too, there is the burning of put away Christmas money of the widow Eileen who struggles to put something by for the three children she wishes Santa to visit.
Other than the professional, we find our men in the throes of romantic quandaries as well. Barry's girl, Patricia, who has embarked on a three year course of study in far off Cambridge, England appears to be quite engrossed in her new studies, her new friends and the offerings of an academic town and its proximity to London, where even more cultural and social opportunities exist. She seems less than Barry would hope in keeping her promise to return to Ireland for Christmas. This worries Barry that there may be another man and he wonders if he should perhaps think about finding a new interest, such as the young teacher in town. He is heart-sore and anguished, believing Patricia is the one and she, perhaps, not feeling the same about him.
Fingal, on the other hand, long a widower, who is still deeply in love with Dierdre, finds himself wondering if he should take up the pretty clear offer of a second chance with Caitlin O'Halloran, the love of his student days. He'd been dating when he met Dierdre and she, Kitty, had never married. Now, she is back in his life and he is enjoying her company. Should he commit more deeply? Is it time to move on?
Lastly, there are all the community dos--the big pageant where the children reenact the Christmas story--I laughed out loud for several minutes as that rolled out before my mind's eye! O' Reilly plays Santa passing out gifts to each of Ballybucklebo's chisellers. ( My Dad used that term for us kids and I never understood it. I couldn't figure out how we had chiselled anything. Through these stories I realize it is an Irish expression for kids! He must have gotten it from his Irish born mother, who died before I was born.) And the marvelous Kinky, Mrs Kinkaid, provides some of the food on the baquet tables.
Not to be forgotten, there are the two more fancy gatherings--party at Ballybucklebo House, home of the local Marquis and the party at the Councillor's, Bertie and Flo Bishops. These on Christmas morning after roast goose and Midnight Mass the night before. All culminates with Christmas dinner at One Main, where Kinky presents a roast turkey, a roast ham and all the fixings. No wonder Fingal needed his Santa pants let out and Kinky tried, to no avail to put him on a diet before all the holiday feast began.
And so, the year of 1964 is coming to an end for our friends. The Canadians have a new flag--the maple leaf--I remember when that happened. Catholic Masses would soon be said in the vernacular--a decision I always hated-loving the elegance of the Latin Mass. What will 1965 bring for them? I cannot wait to see in the next installment of Patrick Taylor's wonderful series.
Read more
5 people found this helpful
Helpful
Report abuse

Twelvepaws
4.0 out of 5 stars Northern Ireland as it should be
Reviewed in the United States on January 18, 2020
Verified Purchase
Not great literature, but fun tales of life in a fictional small village in Northern Ireland in the 1960s where Protestants and Catholics get along. The village doctors are at the center of the stories and are likable characters. The senior doctor is particularly a character. He can be fierce and at the same time quietly caring. Anyone who enjoyed James Herriot’s stories of life as a country vet would enjoy these stories.
Read more
2 people found this helpful
Helpful
Report abuse

Bill Livingston
5.0 out of 5 stars Another Heartwarming & Humorous Visit to Ballybuklebo
Reviewed in the United States on December 26, 2017
Verified Purchase
I am a thorough Patrick Taylor fan, which means Fingal, Berry, Kinky, Kitty and Patricia are now fast friends. Taylor does an excellent job of weaving medical and community realities together. He remarks in the afterword that he found joy in writing this series after his earlier work on the Irish “Troubles.” That is one of the reasons I enjoy these books so much. As we live through our modern stressed community (I am writing in December 2017) it is good to remember when communities were more civil and reach for ways to recover that civility without needing to go back to the good old days. Enjoy the read and the characters of Ballybucklebo.
Read more
Helpful
Report abuse

Delissca Belleville
1.0 out of 5 stars Should be 0 stars
Reviewed in the United States on November 20, 2019
Verified Purchase
This was a waste of a lot of money, because I bought it with audible! I gave it the best try I could. But this book was the exact opposite of a page turner. I barely could get through every page. It sounded like the premise for a really great book, which leads me to believe that the author simply does not know what they’re doing. I would highly recommend passing this one by. Boring!
Read more
Helpful
Report abuse
See all reviews

Kenneth I Sinclair
4.0 out of 5 stars A very good series
Reviewed in the United Kingdom on December 12, 2019
Verified Purchase
Enjoyed it very much it was as good as the rest of the series.
Read more
Report abuse

Amazon Customer
5.0 out of 5 stars Five Stars
Reviewed in the United Kingdom on March 14, 2017
Verified Purchase
Very impressed with both the book and the service, Thank you.
Read more
Report abuse

Mr. D. M. Moorehead
5.0 out of 5 stars the Irish have a reputation as good story tellers!
Reviewed in the United Kingdom on December 5, 2013
Verified Purchase
He wouldn't be the first doctor to turn author.A.J Cronin did likewise.
We know County Down,having lived there and this tale is one of enchantment for us,having experienced the warmth and glow of many good Irish Christmasses
Read more
Report abuse

Page 1 of 1 Start overPage 1 of 1
Previous page
Next page
Pages with related products. See and discover other items: christmas chapter book, christmas novels, short stories of the west
Back to top
Get to Know Us
Make Money with Us
Amazon Payment Products
Let Us Help You
EnglishChoose a language for shopping. United StatesChoose a country/region for shopping.
© 1996-2021, Amazon.com, Inc. or its affiliates