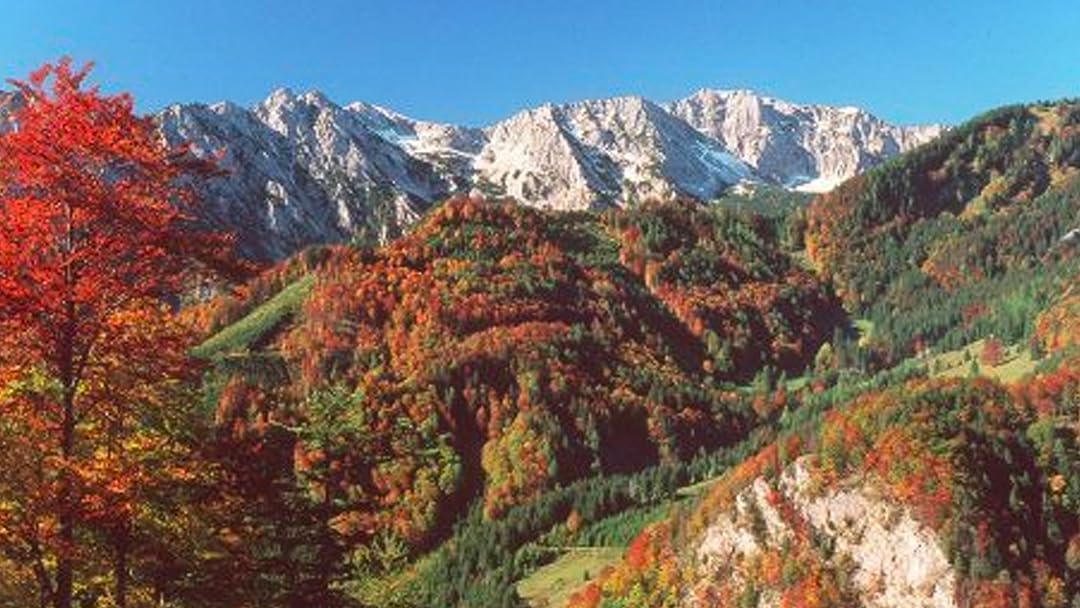 (8)
49min2008ALL
The Limestare Alps National Park is a mosaic of forests of different ages. The wild, romantic waterways are important habitats for many water insects and a paradise for the water ouzel and the gray wagtail. Another rarity shown in this film is a brood of black storks that do not actually nest in the national park but frequently catch trout in the park's brooks and streams.

John P. Jones IIIReviewed in the United States on January 27, 2020
5.0 out of 5 stars
In the Austrian heartland…
Verified purchase
This is now the 20th ORF documentary that I have watched. ORF is a quasi-governmental Austrian media company that continues to enhance my knowledge of the natural world, sometimes as far away as Tasmania, but more often than not, with many of the places in Central Europe that I am not familiar with. The director is Michael Schlamberger. The documentary was released in 1998. As often occurs in an ORF documentary, all four seasons are covered. Given the release date of more than two decades ago, I had concerns that the quality of the film, in terms of macro photography, as well as remote photography within animal’s burrows that might not be up to the quality of today. Those concerns were misplaced. This is another excellent nature movie. Despite the fact that I’ve watch a number of them lately, there is always something new to see, and this documentary delivered.

The location of the Iron Forest is almost the geographical center of Austria, in the Northern Alps. Kalkalpen National Park is in this area; the documentary says that the woodland between the Steyr and Enns rivers remains some of the most isolated and remote in central Europe. This area was the cradle of the Hapsburg Empire’s heavy industry. One mountain is shown that was stripped clean of its iron ore by open mining operations. Before the use of coal, charcoal was essential in the production of the iron and steel. Historical re-enactors demonstrate the making of charcoal. Hundreds of kilns would burn day and night; in the process much of the natural forest of Austria was removed. There are also film clips from an earlier era showing the logs being floated down the creeks and rivers. Preventing log jams was dangerous work.

But this is primarily a nature film. It commences in winter, with shots of the lynx, which had been extinct in these mountains for almost a century. It is now returning from its home grounds in Eastern Europe. The chamois also inhabit these mountains, with their young hunted by eagles. Some excellent macro photography cover two hermaphrodite snails, with small hooks embedded in each other in a loving embrace, linking them for hours. Other excellent segments reveal the burrow of a dormice and how it is driven out of its home by a queen hornet, wanting to install a hive. Construction of the hive is show: the worker hornets chew a certain type of dead standing wood, and using the resulting “paste” to construct the hive, the size of a soccer ball. There is a fighting duel between two Rosalia alpine beetle, which are blue and reach a size of up to 4 cm. The winner gets the prize: a female. There is some sophisticated macro photography which shows the consummation of the winner’s award. Young dippers are shown leaving the nest and fishing in the wild rivers; so too are kingfishers shown. And there are pictures of the rare and reclusive black stork. There is also a segment on a young marten hunting a snake.

The “old forest” growth in this area, almost wiped up by the charcoal-makers, are largely beech trees. Glorious ones. A few isolated batches remain, in Austria, as well as in the Vosges, in France. Hopefully there is still time left to savor them.

For another excellent ORF documentary, 5-stars.

Rena SherwoodReviewed in the United States on December 26, 2017
3.0 out of 5 stars
A year in the life of an Austrian national park
Verified purchase
This 1998 film looks at a year in the life of an Austrian national park and does some re-enactments of the area's history. There are plenty of shots of mountains, forests, rushing waters and rotting trees. The film slows down when it tries to re-create some of the jobs done in the forest years ago. It's best when focusing on wildlife. Species featured include the lynx, the golden eagle, the stone martin and the chamois. My favorite were the dipper family. Quite frankly, this film is like many other ORF films and just does not stand out. If you haven't seen an ORF documentary, then this isn't a bad one to start out with but it you've seen a few dozen (like I have) then this suffers in comparison.
One person found this helpful

Grok D. Effable Reviewed in the United States on April 5, 2019
5.0 out of 5 stars
I like it.
Verified purchase
This is another well made nature documentary.

Ashleigh BReviewed in the United States on May 1, 2018
5.0 out of 5 stars
Five Stars
Verified purchase
love this!

Andre NortonReviewed in the United States on January 19, 2018
5.0 out of 5 stars
Five Stars
Verified purchase
Love the intimacy with nature.
See all reviews
Back to top
Get to Know Us
Make Money with Us
Amazon Payment Products
Let Us Help You
EnglishChoose a language for shopping. United StatesChoose a country/region for shopping.
© 1996-2022, Amazon.com, Inc. or its affiliates