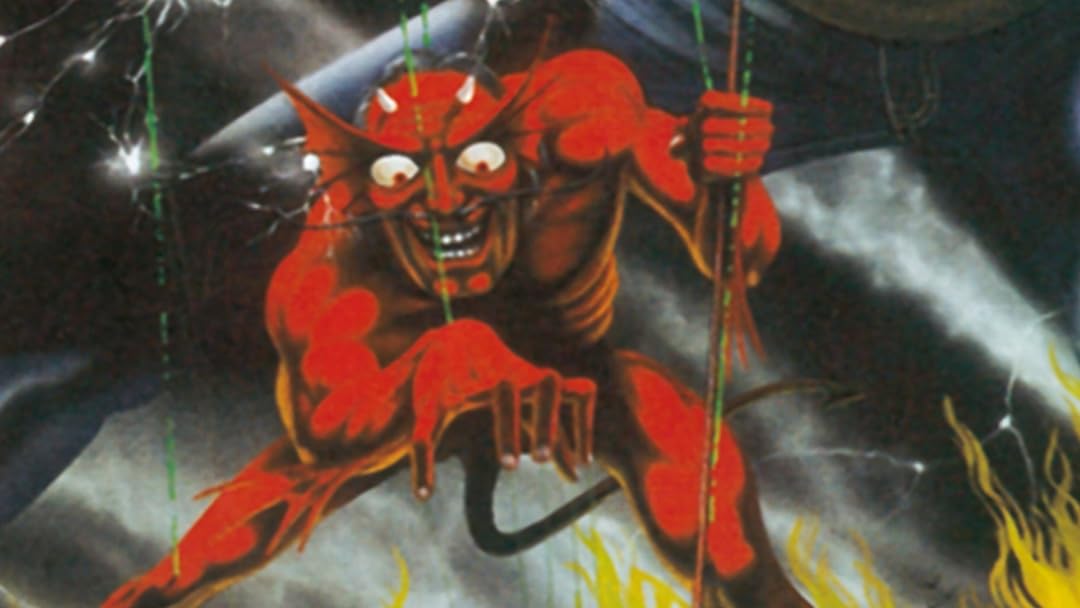 Iron Maiden: The Number of the Beast (Classic Albums)

(136)
8.250min2001ALL
1982 was a momentous year for the British heavy metal band Iron Maiden. Following the addition of the brilliant vocalist Bruce Dickinson, their third album "The Number of The Beast" was released to universal acclaim from both critics and rock fans. Packed with exclusive interviews with the entire band, this documentary tells the full and vibrant story behind the making of the album.

Stepan SpoonwallaReviewed in the United States on June 5, 2019
5.0 out of 5 stars
Finally. A music film by Amazon that’s well worth watching.
Verified purchase
Excellent. It had what music documentaries should have: lots of input by band members. I loved this album in my twenties, but that was long ago; this documentary didn’t disappoint. Showed the band as they are, and showed the story, very low-key, down to earth. Having Dave Mustaine in there was potentially worrisome because he can be a real twat, but even he was low key for a change. Excellent job all around; top notch.
One person found this helpful

Rico SuaveReviewed in the United States on August 17, 2019
5.0 out of 5 stars
Great look back at classic Maiden
Verified purchase
Well done episode with lots of commentary from the band members as well as from producer Martin Birch with regards to the making of the album. Highly recommended for fans old and new of the mighty Iron Maiden. Up the Irons!
One person found this helpful

BryanReviewed in the United States on March 7, 2002
3.0 out of 5 stars
Fun to watch
Verified purchase
It's fun to watch a band talk about one of your favorite albums or certain parts of their career. I would've liked to seen more on Paul Di'anno but at least they have him on there singing for about 10 seconds. The "message from clive burr" is ultimately a gimmick when u read the chapter list cos all it is is a 30 second spot that says "clive burr wants you to know he has..." and shows a slow motion shot of him drumming. He does look a little frail throughtout the dvd. Megadeth's Dave Mustaine is also on this dvd praising Maiden...and a little comical at times explaining how cool they are. Being an American, it took some getting used to listening to about 10 people all with english accents! (especially Dave Murray! don't talk please, just play the guitar-ha ha). A good dvd, could've been better. The Metallica classic album DVD is waaaay better. This one buy only if your a die hard fan or want to relive the glory days... like me!
4 people found this helpful

AngelFallReviewed in the United States on January 26, 2008
5.0 out of 5 stars
Perfect for the Maiden Fan who has Everything
Verified purchase
I recently purchased this DVD thinking that I probably owned half the footage on it already, but the price was right, and I figured it might have a clip or two I hadn't seen before. But actually I was very surprised. This DVD is made up of interviews with the band members, plus producer Martin Birch, and manager Rod Smallwood, and they take you back in time to 1982, and how The Number of the Beast album came to be. It's filled with cut up clips of the Beast concert, (available in it's entirety on Iron Maiden: The Early Years Part 1)and it shows Adrian Smith twanging away at the signature licks from various tracks off the album-- it's really cool to hear those rhythms coming out of a little studio amp without the production and mixing, etc. This DVD is a great time capsule, and it reminds you of just how perfect this album is. And how 26 years ago, four British upstarts rode that New Wave of British Heavy Metal into a World-Wide Conquest that still stands the test of time even today. So if you've already got everything Maiden, and you want to relax and have a pint with the boys, and go back to when one of the Greatest Heavy albums of all time was created, this is the DVD for you.
3 people found this helpful

Eric LizotteReviewed in the United States on April 11, 2010
4.0 out of 5 stars
Great Documentary for a Great Classic Metal Album
Verified purchase
This is a definite must have for any Maiden fan. Okay, it's not perfect. But, you have to look at what this is--this isn't a documentary really about Maiden as a band. This is a documentary about the making--obviously--of one of the greatest, most influential rock albums ever produced. It doesn't cover every song, though. That's true. But, it does cover, to me, the most important ones on the album. Personally, I like the entire album...but, I can understand why some songs were either glossed over or simply not mentioned, such as Invaders or Total Eclipse. While decent songs...I don't think they make or break the album, honestly.

I've watched several other Classic Album episodes over the years...and I think this is probably one of the more enjoyable ones I've ever seen. Like I said, this is about an album that's a sliver in time for a band that's now well-established. Back then, Maiden had a following, true...just not like after this album, just not like today. And I seriously doubt they'd have the success today without The Number of the Beast.

Anyway. What you'll get on this disc is everything that went into making the album. All of the trials and tribulations. All of the myths surrounding it--and, yes, some of them are true. Best bits: Bruce talking about the reaction and attention the album's title track got back in the day. Bruce talking about how The Prisoner came into being. Adrian Smith showing guitar parts on certain songs--as well as the stuff he shows that didn't make it into the episode. There are some candid pieces on here, too. Over all. Great stuff.

Dennis RigginsReviewed in the United States on March 6, 2021
1.0 out of 5 stars
Misleading
Verified purchase
False information supposed to be a DVD of the videos of the music

jamesReviewed in the United States on November 6, 2019
5.0 out of 5 stars
Awesome 👍
Verified purchase
Awesome 👍

RobertReviewed in the United States on September 16, 2019
5.0 out of 5 stars
Thanks!
Verified purchase
Thanks!
See all reviews
Back to top
Get to Know Us
Make Money with Us
Amazon Payment Products
Let Us Help You
EnglishChoose a language for shopping. United StatesChoose a country/region for shopping.
© 1996-2021, Amazon.com, Inc. or its affiliates