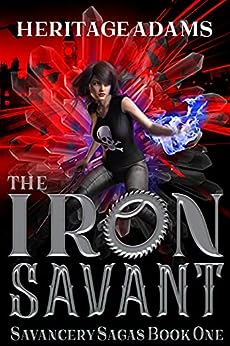 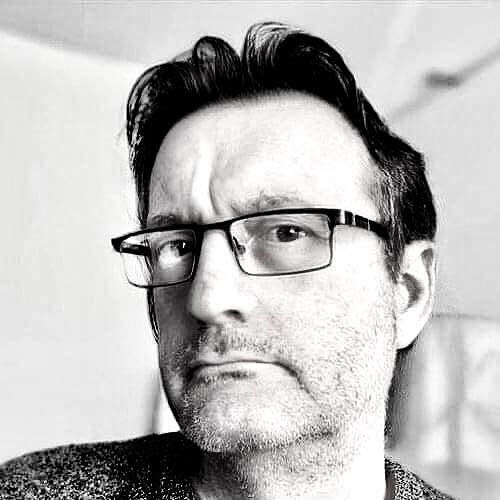 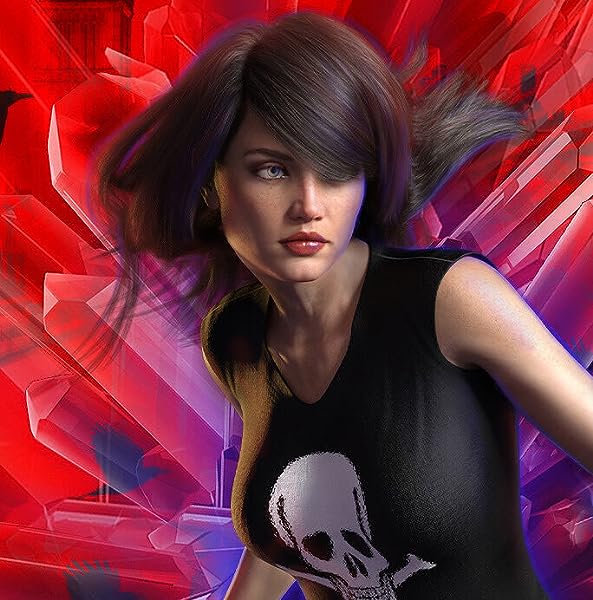 The Iron Savant: The Savancery Sagas Book One Kindle Edition

by Heritage Adams (Author), K.J. Heritage (Author) Format: Kindle Edition
Book 1 of 1: The Savancery Sagas
See all formats and editions
Sorry, there was a problem loading this page. Try again.

A lone PI stumbles upon the world of majiks, monsters and the mysterious & powerful Iron Savant

"Hide! Paz, hide! If you want to live, Mummy says to hide yourself my lovely! Hide yourself and never come out! Don’t let them find you! Stay quiet and stay hidden, no matter what."

London private investigator and loner, Paz, has followed the panicked words from a mother she can barely remember all her life. Running away from something, but not knowing what. Keeping herself safe. Keeping everything and everybody at a distance, until she unwittingly stumbles into a dangerous realm of metals and majiks, of lopers and the Jakkerman, and of crystal caves and hidden mansions.

And at the centre of her changed reality? Luka, the Iron Savant. Mysterious, angry, domineering, but also handsome and beguiling.

A new world is revealed to Paz. Full of wonders and dangers. A magical world at war with another dimension desperate to overthrow our own. But worse than this, Paz is forced to spend time with the arrogant Luka who she despises. She tries everything to get away from him, wanting to return to her normal life…

But nothing will ever be normal again for Paz, for she is not who Luka or his old master think. She is a throwback to an ancient age and an older power they know nothing about…

Next 1 for you in this series See full series
Total Price: $3.99
Books In This Series (1 Books)
Complete Series 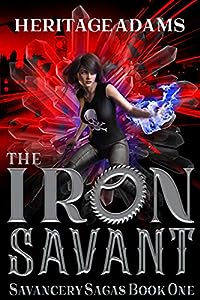 The Savancery Sagas
Kindle Edition
Page 1 of 1Start OverPage 1 of 1
Previous page
Next page
Create your FREE Amazon Business account to save up to 10% with Business-only prices and free shipping. Register today

Kreela
4.0 out of 5 stars Plot twists and action galore
Reviewed in the United States on August 21, 2021
If you could choose any superpower, what would it be? Paz seemingly had invisibility. She could blend like a chameleon into the background, and she used that ability as a private investigator. Hide, hide, hide was her motto, until she noticed a man who is not quite normal. Following him home was easy; getting back out was not.

For he was the Iron Savant, the leader of a magic group based on the alchemical metals. The naming was clever, and so was the magic system, up to a point. All magic seemed similar, despite the color differences. I would not ooh and ahh over the magic. The group was tasked with protecting the realm from invading demons/shades, but like any superhero group, they were not all as devoted to the task as the Iron Savant Luka would like to believe.

Fortunately for him, Paz was the catalyst for change. Unlike the others in powers, Paz was classified both as lesser and as a Savant, making her a perfect spy. The Iron Savant’s former master, Abe, campaigned for her inclusion, but Paz was only willing to stay if Abe helped her discover who she was. Yep, it is that trope: Paz is an orphan who knows nothing about her past. Frankly, I am starting to wonder who is NOT an orphan, with so many stories revolving around this theme. LOL :)

When Savants started dying, Paz decided to actually help find the murderer. I don’t want to give anything away, but things didn’t go the way she planned.

The side characters usually indicate how well an author planned the story. I found her play-buddy James was someone I really cared about and probably the most interesting. As her right-now, he showed signs of wanting more, and Paz’s selfishness got in the way. When Paz tried to save him, she created an abomination that I still sympathized with. Penny, Luka’s helper, reminded me of a James Bond movie character, competent, quiet, and apparently fashion-conscious. Paz’s friend, N3m0, overlooked her selfish disregard to provide the research, until Paz went too far. Jackerman was the funny Shakespearean side character.

What holds back the 5th star is the romance. I love when the romance is necessary for the plot, but not overwhelming. However, in this case, I just couldn’t see how Paz and Luka found love. All I found was aggravation between the two.

I received this as an ARC and I hope my review helps you fellow readers decide.

T. Ross
5.0 out of 5 stars Great start to a new series!
Reviewed in the United States on October 12, 2021
As far as Paz knows, she has lived her entire life in institutions and foster care homes in London. She is very good at finding things and staying invisible while doing so. When Paz turned 16, she started her own PI business, sans license. She quickly became the most sought-after PI and charged accordingly. When she ran into Luka on one of her jobs, everything changed. This story was fun to read, has some romance, a lot of action, and ends in a cliffhanger. Highly recommended.

sissyj59
5.0 out of 5 stars WOW!
Reviewed in the United States on October 3, 2021
This is a good story with amazing characters that were extremely well written. I will not repeat the blurb, but I am definitely looking forward to finding what her true power is and how she deals with it! I feel that this is a great set up for a good series! No Spoilers Here!

Zippy Inger
5.0 out of 5 stars Unique and fun.
Reviewed in the United States on August 15, 2021
I really enjoyed this book. I liked all the characters, though I did get frustrated with some of them from time to time. It's well written and has a few twist. It reads fast and has constant things going on to keep your attention. It does have graphic sexual content and a fair amount of violence. I would recommend it for late teens and up. The only thing I didn't like about this story is that I have to wait till 2022 for the next in the series. Lol. I received an advance review copy for free, and I am leaving this review voluntarily.
Read more
Helpful
Report abuse

Liz
4.0 out of 5 stars Promising series
Reviewed in the United States on January 9, 2022
New to me author with an interesting storyline. The romance is unbelievable and seems forced, the sex scenes could have more of a connection, it is sex but might as well be a battery operated toy. The action scenes were really good. Let's see what next for Paz and company.

Rachel Joi Maples
4.0 out of 5 stars The Iron Savant
Reviewed in the United States on September 19, 2021
what an interesting read! ... a new-to-me author with lots of potential ... excited to see where this world goes
Read more
Helpful
Report abuse
See all reviews
Report an issue
Does this item contain inappropriate content?
Report
Do you believe that this item violates a copyright?
Report
Does this item contain quality or formatting issues?
Report