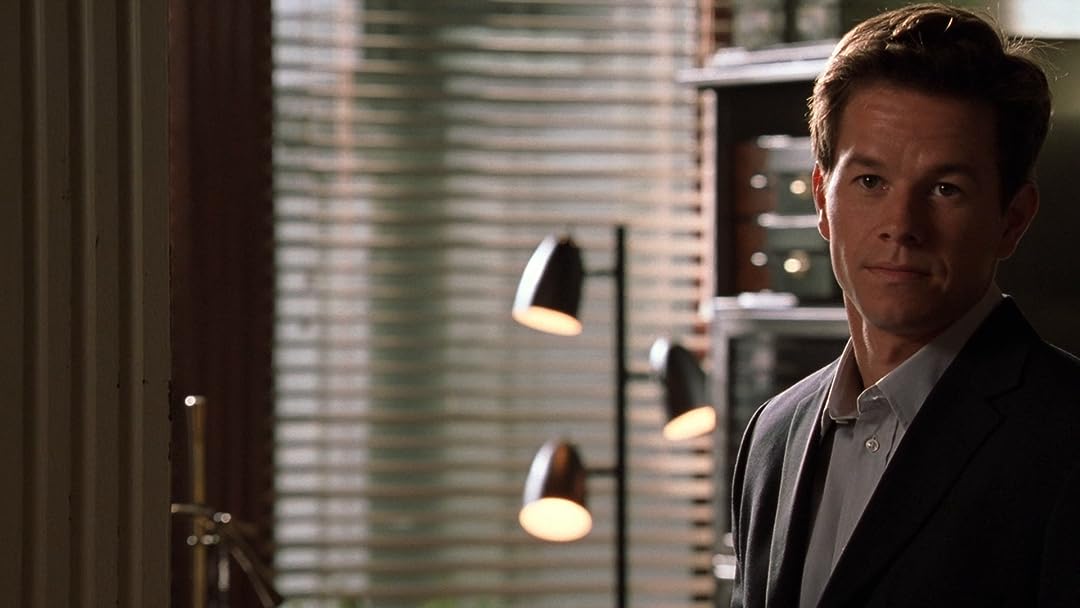 joel wingReviewed in the United States on December 13, 2020
4.0 out of 5 stars
Elaborate heists action & real characters in the cast lead to highly entertaining movie
Verified purchase
This is only VERY loosely based upon the 1960s original the Italian Job. It has a heist and it uses mini-Cooper cars otherwise this is a completely new movie. It revolves around schemes and revenge. It’s a very smart crime story.

The movie centers on a group of thieves led by Mark Wahlberg. One of the gang betrays them however and Wahlberg vows to get payback.

The robberies are very well done. To explain them would be a spoiler but they are right up there with the best as they are highly sophisticated and elaborate. It’s also where all the action comes from such as a high speed chase between a helicopter and the min-Coopers.

There’s also a large ensemble cast and they make each one of Wahlberg’s gang a character. Seth Green as Lyle for example claims he invented Napster, has a motorcycle he can barely ride because it’s too big for him, and wants a stereo system that will blow the clothes off of women.

All together it makes for a great heist film.
C

MushroomieReviewed in the United States on October 30, 2017
5.0 out of 5 stars
Freaking Awesome Movie!!!
Verified purchase
What a Awesome Movie!!! Heard good and bad reviews but I was captivated with the movie the whole time! Loved the rendition of Money by Pink Floyd with the movies own lyrics. A Must see and the Actors all I Love in other films so all around a Awesome Movie!! Thanks Amazon for having it on your Prime List! To bad it leaves prime the end of this month. A must see!
7 people found this helpful

Julia Ann Dodson, LCSWReviewed in the United States on July 27, 2020
1.0 out of 5 stars
Skip the Multi-Format disc
Verified purchase
I have bought 2 copies of the Multi-Format disc of The Italian Job and both had periodic distracting snow. One was much worse than the first but both were distracting. I'm going to try again but with the Blu-ray. LOVE the movie which is why I'm trying so hard to get a decent copy!
One person found this helpful

shaneReviewed in the United States on November 25, 2019
5.0 out of 5 stars
A true tale of revenge
Verified purchase
I love this movie and it has a cover that is embossed greatly truly tale of revenge from young to old meaning Donald Sutherland to Mark Walburgh and Edward Norton they mix well also Charlize Theron they made a truly Awesome movie
One person found this helpful

Glory Reviewed in the United States on August 5, 2018
4.0 out of 5 stars
Very good example of heist-action movie genre - OK for family movie night
Verified purchase
A very good example of the modern heist-action movie genre. Very little blood. Suitable for a PG-13 family audience. Cleverly scripted with twists and turns that will surprise you up to the end. Characters are interesting but not fully developed. Leaves you wanting to know more about them.
2 people found this helpful

Amazon.com
Though it bears little resemblance to the original 1969 thriller starring Michael Caine, the 2003 remake of The Italian Job stands on its own as a caper comedy that's well above average. The title's a misnomer--this time it's actually a Los Angeles job--but the action's just as exciting as it propels a breezy tale of honor and dishonor among competing thieves. Inheriting Caine's role as ace heist-planner Charlie Croker, Mark Wahlberg plays straight-man to a well-cast team of accomplices, including Mos Def, Jason Statham, and scene-stealer Seth Green in a variation of the role originally played by Noel Coward. As the daughter of Croker's ill-fated mentor (Donald Sutherland), Charlize Theron is recruited to double-cross a double-crosser (Edward Norton in oily villain mode), and once again, speedily versatile Mini Coopers play a pivotal role in director F. Gary Gray's exhilarating car-chase climax. It's perhaps the greatest product placement in movie history, and just as fun the second time around. --Jeff Shannon
One person found this helpful

Kenneth A. NelsonReviewed in the United States on January 4, 2010
4.0 out of 5 stars
Seriously... "It's Not the Money!"
Verified purchase
If the Actors and Crew had as much fun making this film, as I had watching this film, they may have done it for free.

This film is seriously serious, as well as seriously funny and in both cases, they are seriously wonderful. There is a fortune in gold ingots stolen once, stolen twice and on it's way to a third (I'm sure the Russians weren't happy with their payoff).

The Actors play professional master theives who lost the fortune once, along with the death of the gang's mastermind. The rest of the gang, plus the victims daughter, join forces to take back their stolen bounty and seek revenge for the murder of thier beloved leader by an ex-gang member.

The final chase scenes are spectacular, but you don't have to wait till then. You can certainly start enjoying this film from the absolute start.
See all reviews
Back to top
Get to Know Us
Make Money with Us
Amazon Payment Products
Let Us Help You
EnglishChoose a language for shopping. United StatesChoose a country/region for shopping.
© 1996-2021, Amazon.com, Inc. or its affiliates