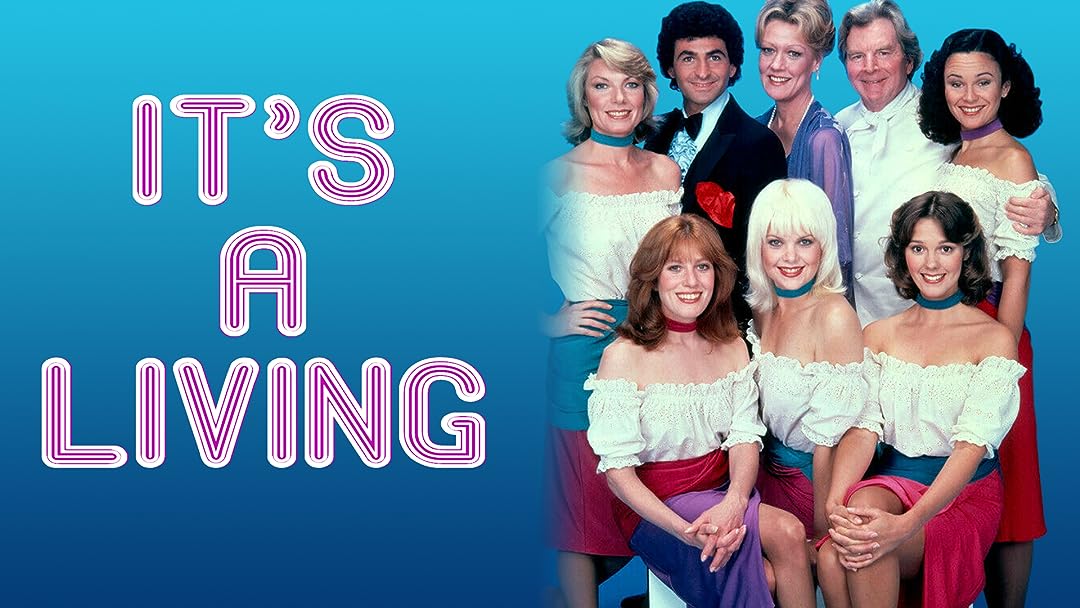 (16)
198213+
The personal and professional lives of a group of spirited waitresses and their no-nonsense boss working in a swanky Los Angeles restaurant.

KaseyGReviewed in the United States on June 13, 2020
4.0 out of 5 stars
Mary Hartman is Making a Living
Despite shaky ratings, ABC execs liked IT’S A LIVING enough to renew it for a second season in 1981, albeit with a few changes. Susan Sullivan, Wendy Schaal and Bert Remsen were out, and the show was renamed MAKING A LIVING (rumor has it because the original title sounded too much like hookers turning tricks).

Former MARY HARTMAN, MARY HARTMAN star Louise Lasser was given top-billing as a new waitress, the recently-widowed, often-clueless Maggie McBurney, who was like an extension of Mary Hartman and a precursor to Golden Girl Rose Nyland. Lasser is an acquired taste and many fans express a dislike for this particular season because of her. Back in the day, I was delighted to read of her addition in the TV Guide Fall Preview issue because I had loved her as Mary Hartman. So, I never missed an episode during the original airings, when ABC aired it Saturday nights, then Fridays, but endlessly pre-empted it, resulting in a dismal 88th place in the Nielsen ratings for the 1981-82 season, and eventual cancellation.

In retrospect, these episodes are a come-down from Season One. Lasser isn’t the problem, as she is given a few “Mary Hartman-isms” to utter every episode and they are very amusing. In an attempt to take the “jiggle” out of the series, the writers have basically neutered the man-crazy Cassie, so Ann Jillian has to work with a watered-down character who has lost a lot of her zing. The girls all experience romance this season, but it is all very bland and the humor is sorely lacking. The show just isn’t FUNNY enough and it pains me to have to write that. Nevertheless, this season does contain my favorite episode of the entire series, “Horsing Around” which allows Louise some hilarious character moments, as well as “Off the Top” in which the staff are facing unemployment and we see a well-edited scene of cross-cuts with each waitress trying to sell their skills to an off-camera job counselor—great stuff!

The characters are not as well-defined as they were the first season, and Susan Sullivan’s grounding presence is missed, but the talented cast works hard to elevate a lot of this year’s mediocre scripts. It’s probably not as good as you remember it, but still nice for a nostalgic buzz back to a simpler time.

**NOTE: Episode 4 "The Wedding" is mistakenly replaced here with Season 3's "The Wedding Show". If you are looking for Season 2's The Wedding you will find it listed in Season 3 instead as Amazon has mixed up the two episodes**.

Rich M.Reviewed in the United States on July 21, 2020
5.0 out of 5 stars
Great show
Really underrated and glad it was brought back to life. I remember catching an episode or two in the late 80s and could never remember the name of the show until I happened to catch it on LOGO after it was on after a run of Married w/ Children episodes.

One problem with this season, Amazon has made some upload errors. Episode 4 of this season is not The Wedding episode from season 2 where the wedding at the hotel is called off when the fiance states he has feelings for Cassie that he had through high school. But they uploaded season 3 episode 9 episode The Wedding Show, which was Richard and Jan getting married.
This is particularly odd because the next episode in season 2 is 5, when Jan's ex come back to town to build a relationship with their daughter. They end up kissing after dinner and he spends the night.
So the way Amazon uploaded it looks like Jan got married in episode 4 then in episode 5 she makes out with and spends the night with her ex husband. Creepy LOL
One person found this helpful

Taheen LopezReviewed in the United States on October 15, 2020
5.0 out of 5 stars
We're not Wealthy, but Young & Healthy
This Old School sitcom that ran on ABC from 1980-82, and then revived in syndication from 1985-88, pertains to the lives of the waitresses at a swanky restaurant Above the Top, located at the top of the Bonaventure Hotel in L.A.
At the helm was their boss Nancy Beebe (Marian Mercer), the restaurant's maître d’, who sometimes fraternized with the girls but usually gave orders.
More often than not the scheme of the week involved upsetting Nancy in some way because all she wanted was an orderly wait staff.
Adding to the chaotic working environment was a wisecracking pianist named Sonny Mann (Paul Kreppel), who made rude comments to the women, Nancy included, and got insulted in return.
The kitchen was the domain of Chef Mario (Bert Remsen), then Dennis Hubner (Earl Boen), and finally Howard Miller (Richard Stahl), who eventually married Nancy.

TAReviewed in the United States on June 12, 2020
5.0 out of 5 stars
Awesome sauce !!!!
Been wanting this series for a LONG time, but I wish they weren’t the syndicated 22 minute prints. Either way couldn’t be happier they are available for purchase.
See all reviews
Back to top
Get to Know Us
Make Money with Us
Amazon Payment Products
Let Us Help You
EnglishChoose a language for shopping. United StatesChoose a country/region for shopping.
© 1996-2022, Amazon.com, Inc. or its affiliates