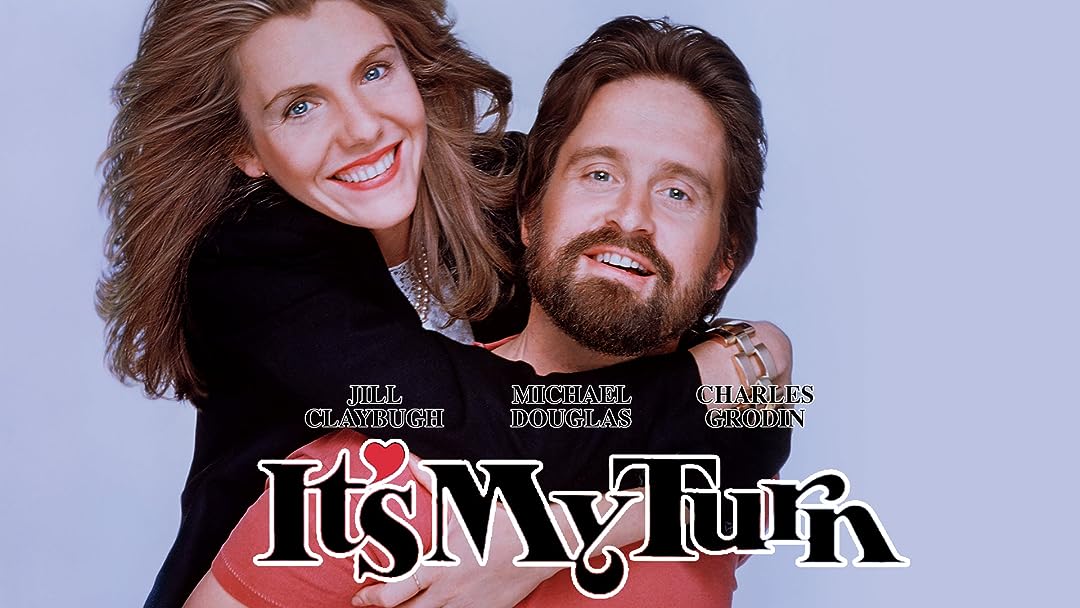 (95)
1 h 31 min1980X-RayR
Jill Clayburgh has everything the modern woman is supposed to want, but somehow it's not enough. She meets and falls in love with her new stepmother's son and must find a way to deal with her father's new wife; her old boyfriend; and her new relationship with her stepbrother.

Nick G.Reviewed in the United States on December 30, 2018
1.0 out of 5 stars
YAWN! So Disappointed!
Verified purchase
Thanks to Amazon for making this a painless and free purchase with Prime. If I'd have bought the movie I'd be jumping off a bridge. This movie was terrible. Shallow, lacking any real plot and quite boring. I wanted to see this movie way back in 1980 when it came out. I'm glad I didn't waste the $2.50 admission price then or now.

The ONLY redeeming quality is the players. Steven Hill, Diane West, Charles Grodin, Jill Clayburgh, Michael Douglas,. These actors and actresses wasted their very fine talents on this movie. They all tried to play the part given with sincere honor but there was nothing there to hold onto. I so hoped the plot to be better, having real fun, love and depth. Nope, nothing. I have no idea how it ever grossed $11 million dollars in 1980. I'm just glad Diana Ross' "It's My Turn" did a lot better than this movie did. That song will remain how I remember the title "It's My Turn". It sure will not be this movie!

Regina Rodriguez-MartinReviewed in the United States on December 10, 2018
1.0 out of 5 stars
The worst of second wave feminism
Verified purchase
The first half hour features terrible dialogue between Clayburgh and Grodin. At one point he’s working on a speech about urban housing and asks her, “Do you want to hear this?” She eagerly says yes, while the audience says, “No!” He then reads her the speech and she stops him after every sentence to criticize. Was that scene supposed to be funny? It’s painful.

But much more painful are Clayburgh’s attempts to get the Douglas character to stay with her, AFTER he reminds her he has a wife and child. She runs after him in an airport, offering to take a well-paying job so they can move in together and she can pay for his education. Gross. Clayburgh’s character is everything that was wrong with the second wave feminism efforts to show that women can behave just as badly as men. This movie is terrible from start to finish.

Cosmo TopperReviewed in the United States on October 22, 2018
2.0 out of 5 stars
Godawful early '80s corporate crapola
Verified purchase
Claudia Weill and Jill Clayburgh deserved so much better than this paint-by-numbers Columbia Pictures/Rastar bomb. Atrocious script by Eleanor who-sis and annoying "car drives up to a building" score by Patrick Williams sink this. Clayburgh and Douglas had chemistry, although his painted-on scars distract from his hirsute sexiness. In a sane world, Weill would have had a major directorial career. Instead, this piffle relegated her to TV and to reflexive Woody-hater Lena Duh-nuhm. A shocking waste all around. Even the ending credits title theme song, sung by Diana Ross, sounds thin, compressed, and insubstantial, production-wise, when it should be an exuberant, passionate, crystal-clear anthem.
2 people found this helpful

CustomerReviewed in the United States on November 15, 2018
5.0 out of 5 stars
Michael Douglas At His Best
Verified purchase
Michael Douglas is always A++, but he had something extra in this. He made this movie. He is dripping honey in this; his personality, his sensitivity, his charm, his thoughtfulness, to see him play the part of a caring, attentive partner; the beard looked unusually good on him, too. It's worth watching just to see Michael Douglas's parts in this role.
2 people found this helpful

Karen Reviewed in the United States on August 23, 2021
5.0 out of 5 stars
Great
Verified purchase
Great movie.
One person found this helpful

mariaReviewed in the United States on September 24, 2019
4.0 out of 5 stars
. ..
Verified purchase
Happy to get this on Amazon. Just watched it for nostalgia. The plot and characters are not very deep.
One person found this helpful

Orelia E DannReviewed in the United States on November 22, 2018
1.0 out of 5 stars
Booorrringgggg
Verified purchase
This movie went no where forever. Such a shame because the two are actually good actors...plot was lacking.
See all reviews
Back to top
Get to Know Us
Make Money with Us
Amazon Payment Products
Let Us Help You
EnglishChoose a language for shopping. United StatesChoose a country/region for shopping.
© 1996-2021, Amazon.com, Inc. or its affiliates