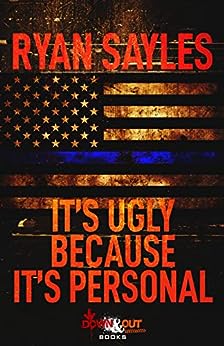 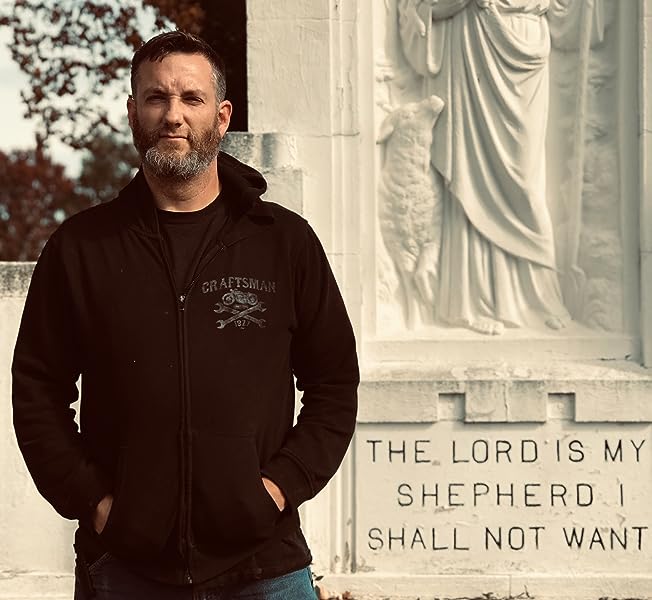 It's Ugly Because It's Personal Kindle Edition

by Ryan Sayles (Author) Format: Kindle Edition
See all formats and editions
Sorry, there was a problem loading this page. Try again.
In the city of Carcasa, gunshots devastate the night as a patrol officer makes a traffic stop. The occupants—three dealers caught in the act of muling—set into motion a course of actions that can only end badly. Now, one is dead, another fleeing on foot and the third tearing through neighborhoods in a bumper car-style chase. Furious, grief-stricken officers on their heels with their brother fighting for his life on the side of a road.

The shooter escapes, and the PD begins their hunt to find the shooter before he lucks out, fades into memory. With what information they have, they dig; the dirt that is the shooter’s life getting thrown over their shoulders by the shovel-full. Family, friends, employment, any avenue of refuge for him begins to burn. Things get complicated along the way. The kind of complicated that goes into a body bag. The art of flushing out the enemy is a sacred practice, best done with smoldering rage.

But, after a man has nowhere to hide, having him out in the open might be worse.

“It’s Ugly Because It’s Personal is a book unlike any other I’ve read and more than what it first appears to be. All told, it’s Ryan Sayles putting it out there and showcasing a side of the life most of us rarely see. More than an important story, it’s a grand design, and a book I believe the world needs to read.” —Beau Johnson, author of All of Them to Burn

“In his no-holds-barred style, Sayles is gritty and real…like a punch to the head. Life as it is in the hard, dark places where cops work. This is a timely tale that will make you think, and maybe even make you thankful.” —Joel W. Barrows, author of the Deep Cover Thrillers

“This story erupts in gunfire on page one and spends the rest of the book dragging us through the tension and profound pain that results from those first pages. While adhering to the procedural, Sayles still manages to make this tale sing with tension.” —Frank Zafiro, author of the SpoCompton novels
Read more
Previous page
Next page

RYAN SAYLES is the Derringer-nominated author of the Richard Dean Buckner hard-boiled PI series, The Subtle Art of Brutality, Warpath and Albatross as well as the standalone novels Goldfinches and Together They Were Crimson. His short fiction has appeared in dozens of venues in both print and digital media.

He was the editor of the clown-themed anthology Greasepaint &amp; .45s and has been included in numerous others such as the Anthony Award-nominated Trouble in the Heartland: Crime Fiction Inspired by the Songs of Bruce Springsteen and Unloaded: Crime Writers Writing Without Guns.

He is a founding member of Zelmer Pulp, a writer’s group publishing a wide array of genre fiction. Ryan was formerly a submissions editor at the now-defunct The Big Adios website as well as a columnist/interviewer at Out of the Gutter Online.

He is Midwestern and formerly military and police.

Jose
5.0 out of 5 stars Riveting!!!!
Reviewed in the United States on June 28, 2021
Verified Purchase
This book grabs you by the throat, punches up the adrenaline and leaves you wrung out wishing for more. As a former LEO, the emotions and action in this book are so realistic. It really is an emotional roller coaster.
Read more
Helpful
Report abuse
See all reviews

Lynx
4.0 out of 5 stars Buy this book!
Reviewed in Canada on April 7, 2021
Verified Purchase
Finally a novel where the police are not corrupt, racist,
sadistic or robotic. Ryan Sayles has written an ensemble,
riveting edge of your seat " hunt for the cop killer" novel that portrays the Police as professional and HUMAN! The book
should/could be read in one sitting. The emotional wallop at
the conclusion had me teary eyed. If I had one quibble it would be the religious nonsense espoused by a prominent police
officer who is pivotal in the plot.