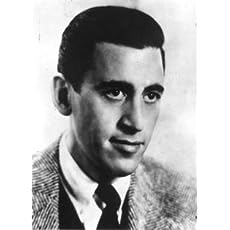 Born in New York in 1919, Jerome David Salinger dropped out of several schools before enrolling in a writing class at Columbia University, publishing his first piece ("The Young Folks") in Story magazine. Soon after, the New Yorker picked up the heralded "A Perfect Day for Bananafish," and more pieces followed, including "Slight Rebellion off Madison" in 1941, an early Holden Caulfield story. Following a stint in Europe for World War II, Salinger returned to New York and began work on his signature novel, 1951's "The Catcher in the Rye," an immediate bestseller for its iconoclastic hero and forthright use of profanity. Following this success, Salinger retreated to his Cornish, New Hampshire, home where he grew increasingly private, eventually erecting a wall around his property and publishing just three more books: "Nine Stories," "Franny and Zooey," "Raise High the Roof Beam, and Carpenters and Seymour: An Introduction." Salinger was married twice and had two children. He died of natural causes on January 27, 2010, in New Hampshire at the age of 91.
Read more 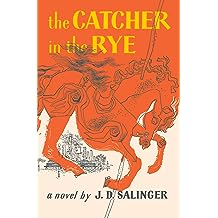 The Catcher in the Rye Aug 13, 2019
by J. D. Salinger
( 15,821 )
$9.99
The "brilliant, funny, meaningful novel" (The New Yorker) that established J. D. Salinger as a leading voice in American literature--and that has instilled in millions of readers around the world a lifelong love of books.


"If you really want to hear about it, the first thing you'll probably want to know is where I was born, and what my lousy childhood was like, and how my parents were occupied and all before they had me, and all that David Copperfield kind of crap, but I don't feel like going into it, if you want to know the truth."

The hero-narrator of The Catcher in the Rye is an ancient child of sixteen, a native New Yorker named Holden Caufield. Through circumstances that tend to preclude adult, secondhand description, he leaves his prep school in Pennsylvania and goes underground in New York City for three days. 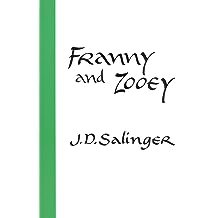 "Everything everybody does is so--I don't know--not wrong, or even mean, or even stupid necessarily. But just so tiny and meaningless and--sad-making. And the worst part is, if you go bohemian or something crazy like that, you're conforming just as much only in a different way."

A novel in two halves, Franny and Zooey brilliantly captures the emotional strains and traumas of entering adulthood. It is a gleaming example of the wit, precision, and poignancy that have made J. D. Salinger one of America's most beloved writers.
Read more
Other Formats: Hardcover , Paperback , Mass Market Paperback 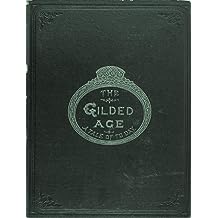 The Gilded Age: A Tale of Today is a novel by Mark Twain and Charles Dudley Warner first published in 1873. It satirizes greed and political corruption in post-Civil War America. Although not one of Twain's best-known works, it has appeared in more than one hundred editions since its original publication.

Mark Twain, pseudonym of Samuel Langhorne Clemens, (born November 30, 1835, Florida, Missouri, U.S.-died April 21, 1910, Redding, Connecticut), American humorist, journalist, lecturer, and novelist who acquired international fame for his travel narratives, especially The Innocents Abroad (1869), Roughing It (1872), and Life on the Mississippi (1883), and for his adventure stories of boyhood, especially The Adventures of Tom Sawyer (1876) and Adventures of Huckleberry Finn (1885). A gifted raconteur, distinctive humorist, and irascible moralist, he transcended the apparent limitations of his origins to become a popular public figure and one of America's best and most beloved writers.

Samuel Clemens, the sixth child of John Marshall and Jane Lampton Clemens, was born two months prematurely and was in relatively poor health for the first 10 years of his life. His mother tried various allopathic and hydropathic remedies on him during those early years, and his recollections of those instances (along with other memories of his growing up) would eventually find their way into Tom Sawyer and other writings. Because he was sickly, Clemens was often coddled, particularly by his mother, and he developed early the tendency to test her indulgence through mischief, offering only his good nature as bond for the domestic crimes he was apt to commit. When Jane Clemens was in her 80s, Clemens asked her about his poor health in those early years: "I suppose that during that whole time you were uneasy about me?" "Yes, the whole time," she answered. "Afraid I wouldn't live?" "No," she said, "afraid you would."

Insofar as Clemens could be said to have inherited his sense of humour, it would have come from his mother, not his father. John Clemens, by all reports, was a serious man who seldom demonstrated affection. No doubt his temperament was affected by his worries over his financial situation, made all the more distressing by a series of business failures. It was the diminishing fortunes of the Clemens family that led them in 1839 to move 30 miles (50 km) east from Florida, Missouri, to the Mississippi River port town of Hannibal, where there were greater opportunities. John Clemens opened a store and eventually became a justice of the peace, which entitled him to be called "Judge" but not to a great deal more. In the meantime, the debts accumulated. Still, John Clemens believed the Tennessee land he had purchased in the late 1820s (some 70,000 acres [28,000 hectares]) might one day make them wealthy, and this prospect cultivated in the children a dreamy hope. Late in his life, Twain reflected on this promise that became a curse:

Perhaps it was the romantic visionary in him that caused Clemens to recall his youth in Hannibal with such fondness. As he remembered it in "Old Times on the Mississippi" (1875), the village was a "white town drowsing in the sunshine of a summer's morning," until the arrival of a riverboat suddenly made it a hive of activity. 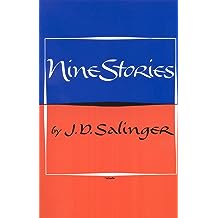 Nine exceptional stories from one of the great literary voices of the twentieth century. Witty, urbane, and frequently affecting, Nine Stories sits alongside Salinger's very best work--a treasure that will passed down for many generations to come. The stories:
Read more
Other Formats: Hardcover , Paperback , Mass Market Paperback 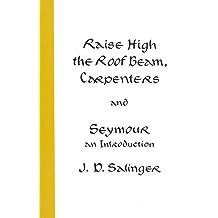 Raise High the Roof Beam, Carpenters and Seymour: An Introduction Aug 13, 2019
by J. D. Salinger
( 228 )
$9.99
The last book-length work of fiction by J. D. Salinger published in his lifetime collects two novellas about "one of the liveliest, funniest, most fully realized families in all fiction" (New York Times).

"He was a great many things to a great many people while he lived, and virtually all things to his brothers and sisters in our somewhat outsized family. Surely he was all real things to us: our blue-striped unicorn, our double-lensed burning glass, our consultant genius, our portable conscience, our supercargo, and our one full poet..."
Read more
Other Formats: Hardcover , Paperback , Mass Market Paperback 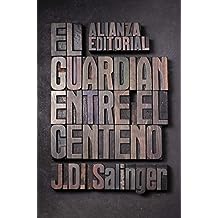 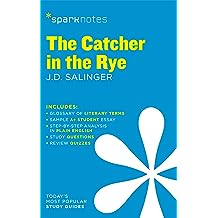 The Catcher in the Rye SparkNotes Literature Guide by J.D. Salinger
Making the reading experience fun! 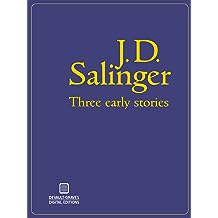 Three Early Stories (Illustrated) May 12, 2014
by J.D. Salinger
( 85 )
$9.49
A young and ambitious writer named Jerome David Salinger set his goals very high very early in his career. He almost desperately wished to publish his early stories in The New Yorker magazine, the pinnacle, he felt, of America’s literary world. But such was not to be for several long years and the length of one long world war. The New Yorker, whose tastes in literary matters were and remain notoriously prim and fickle, was not quite ready for this brash and over-confident newcomer with the cynical worldview and his habit of slangy dialogue.
But other magazines were quick to recognize a new talent, a fresh voice at a time when the world verged on madness. Story magazine, an esteemed and influential small circulation journal devoted exclusively to the art of the short story and still active and respected today, was the first publication to publish the name J.D. Salinger and the story “The Young Folks” in 1940, an impressive view of New York’s cocktail society and two young people talking past one another, their conversation almost completely meaningless and empty.
His next short story was published in a college journal, The University of Kansas City Review, “Go See Eddie,” a tale of quiet menace as an unsavory male character gradually turns up the pressure on a young lady to see a man named Eddie. Also published in 1940, the story is notable for the backstory that is omitted – a technique that Hemingway used to great effect.
Four years later toward the end of Salinger’s war experience saw the publication of “Once A Week Won’t Kill You,” again in Story magazine. Ostensibly about a newly minted soldier trying to tell an aging aunt he is going off to war, some may see the story as a metaphor for preparing one’s family for the possibility of wartime death.
Three Early Stories is the first legitimately published book by J.D. Salinger in more than 50 years. Devault-Graves Digital Editions, a publisher that specializes in reprinting the finest in American period literature, is proud to bring you this anthology by one of America’s most innovative and inspiring authors.
Read more
Other Formats: Audible Audiobook , Paperback 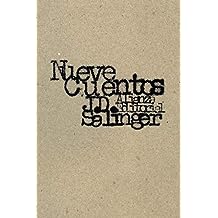 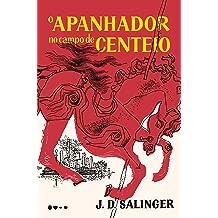 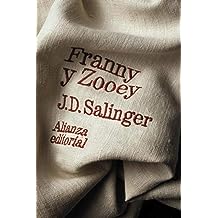 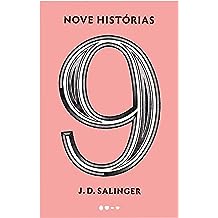