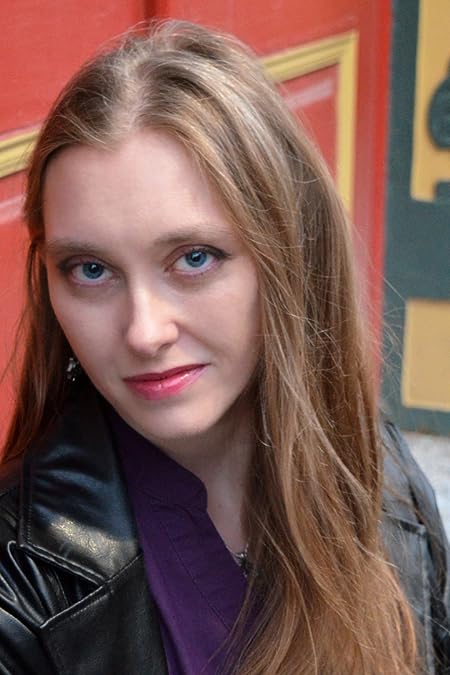 Wife and a mother of five, J.F. Posthumus is an IT Tech with over a decade of experience. When she isn’t arguing with computers and their inherent gremlins, or being mom to the four younger monsters (the eldest has flown the nest and is doing quite well on his own), she’s crafting, writing, or doing some other sort of art. An avid gamer, she loves playing Dungeons & Dragons, and a variety of other board games with her family and friends. She’s also a hopeless romantic, thanks to all the fairy tales she cut her eyeteeth on—they were what J.F. Posthumus learned to read before she discovered the Boxcar Children Mysteries. From there, she fell into the rabbit hole that’s reading, where she discovered a love for mysteries, fantasy, and the occasional romance. Since writing was her favorite subject, she naturally incorporated her love of murder, mysteries, and fantasy into her works.

Find out more at: www.jfposthumus.com 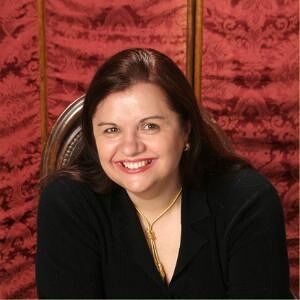 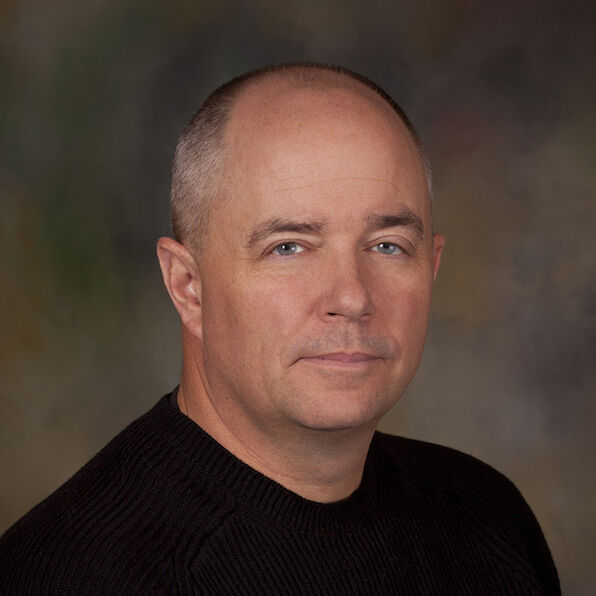 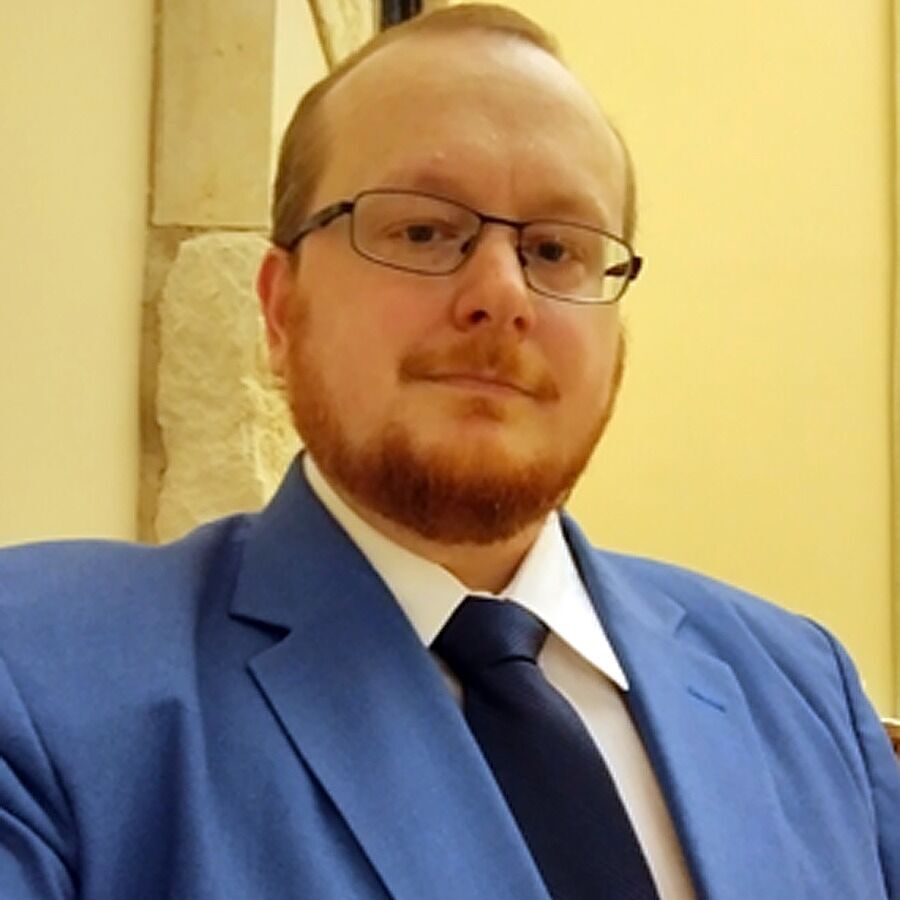 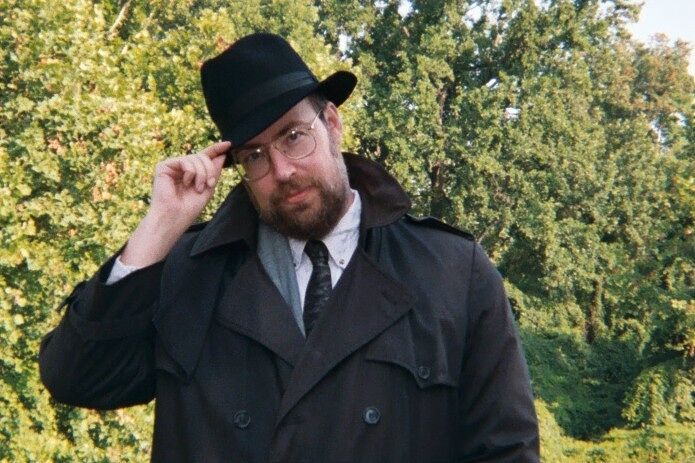 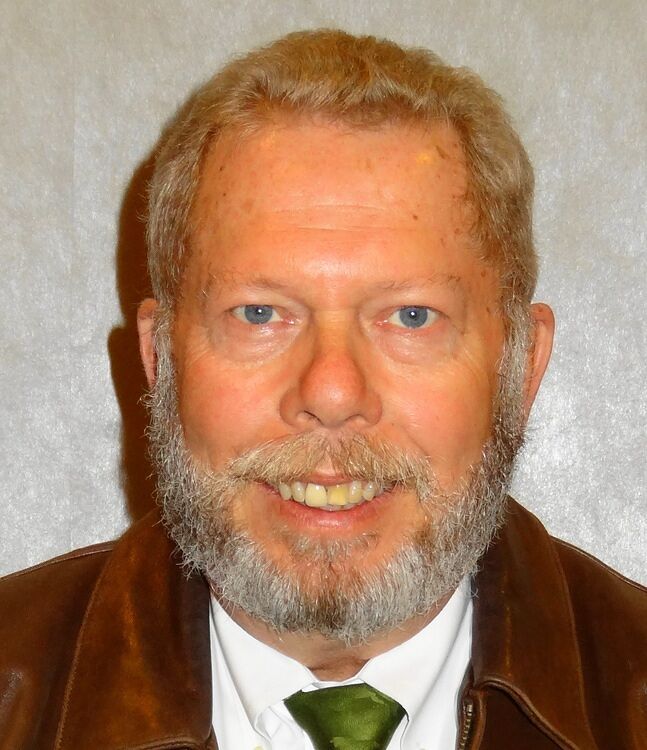 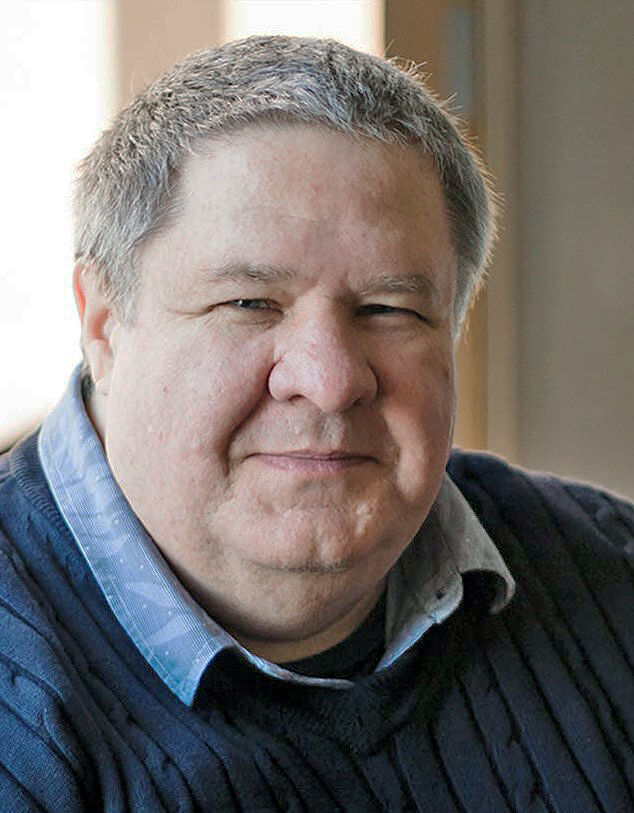 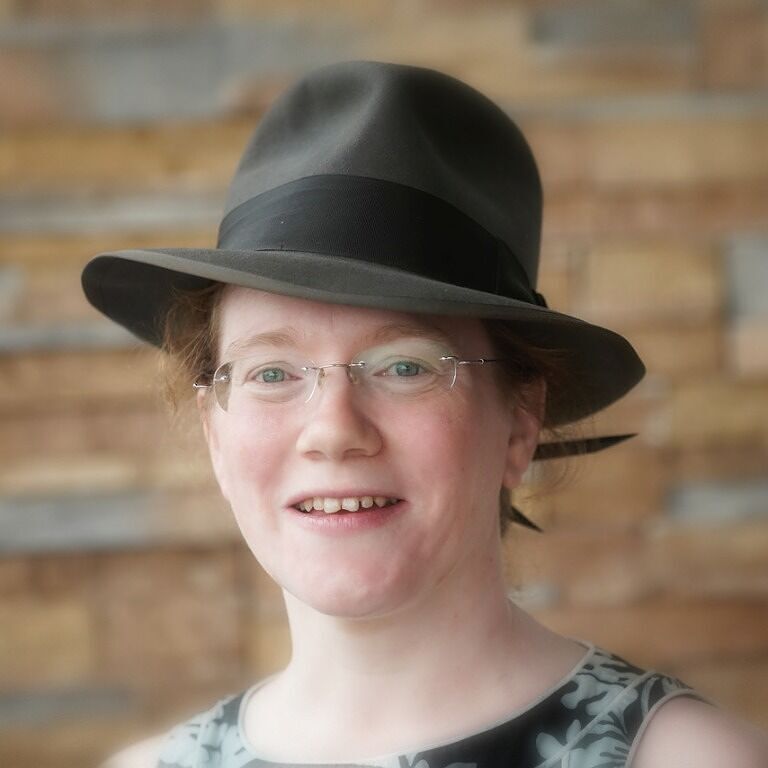 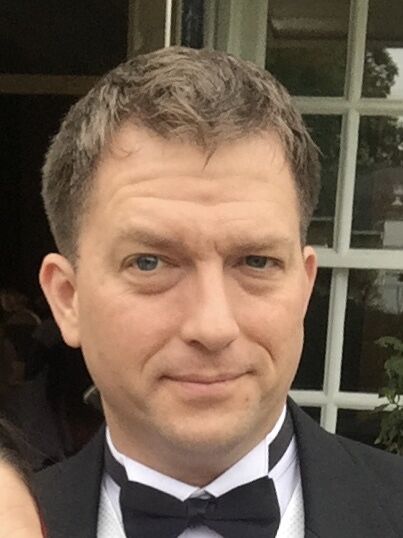 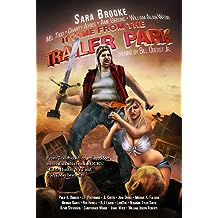 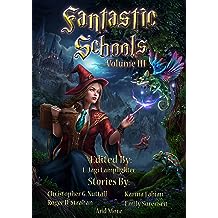 Fantastic Schools, Volume 3 May 24, 2021
by Emily Martha Sorensen, Jay Barnson, Frank B. Luke, Karina Fabian, J.F. Posthumus, Roger Strahan, Barb Caffrey, George Phillies, Rhys Hughes, Becky R. Jones, Christopher Nuttall, Peter Rhodan, Denton Salle, Aaron Van Treeck
( 70 )
$4.99
Have you ever wanted to go to magic school? To cast spells and brew potions and fly on broomsticks and - perhaps - battle threats both common and supernatural? Come with us into worlds of magic, where students become magicians and teachers do everything in their power to ensure the kids survive long enough to graduate. Welcome to ... Fantastic Schools.

Follow the daughter of a witch who wants to learn white—not black—magic, a trio of students sent on a mysterious task, a kidnapped student trying to escape, a troll who wants to study among the humans, and a magic-less boy with a chance to learn magic, if he survives his first month at a magical university. 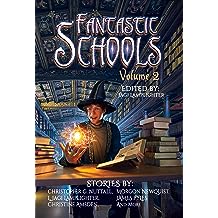 Fantastic Schools, Volume 2 Oct 10, 2022
by J.F. Posthumus, James Pyles, Becky R. Jones, Morgon Newquist, James Odell, Michael Burnett, Christopher G. Nuttall, Paul Piatt, L. Jagi Lamplighter, David Breitenbeck
$4.99
Have you ever wanted to go to magic school? To cast spells and brew potions and fly on broomsticks and—perhaps—battle threats both common and supernatural? Come with us into worlds of magic, where students become magicians and teachers do everything in their power to ensure the kids survive long enough to graduate. Welcome to ... Fantastic Schools.

Follow a mundane teacher striding into a world of magic, a spy on a mission, a guided tour of a magical school, a school dance for monsters, a dangerous reunion ... and many more. 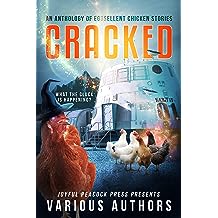 Craft a story featuring our favorite feathered raptors: the CHICKEN.

Twenty authors deliver in some unexpected ways and live to crow about it.

From chickens in space to cozy murder mystery farm yards to schools of magickal thought...

Maybe even a non-fiction adventure or two... and more!


These amazing chickens come from the minds of twenty cooped-up authors on the edge of cracking... 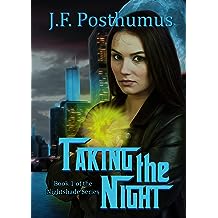 Banished from her hidden island homeland and adopted into a Mob family, Selia has spent nearly a decade learning to live in the "modern" world of technology and doing legitimate business for one of the city's oldest crime syndicates. Being a part of it all while still feeling very much apart from everything and everyone around her.

When she's asked to run an errand, she discovers too late that it's a trap. Alfi Barboni, a would-be suitor, wants revenge on her family and he'll do anything to get it.

When her adopted father is left for dead in the attempted coup, Selia's forced to turn to her only other option: the city's vigilante known as the Sandman. Risking everything to protect her father and save herself, Selia dons a mask –a lot of Kevlar – and begins her search for Alfi… only to discover he’s nothing more than a necromancer’s puppet.

If Selia, with the Sandman’s aid can't stop the necromancer and end the attempted coup, everything she holds dear will be left in ruin.
Read more
Other Formats: Audible Audiobook , Paperback 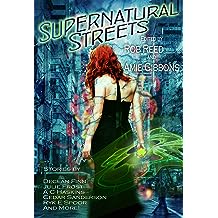 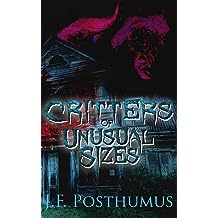 Critters Of Unusual Size Oct 7, 2020
by J.F. Posthumus
( 8 )
$0.99
Called back to her home town after a series of strange animal attacks, Alana Dodson and her team arrive to find a new species of COUS, Critters of Unusual Size, and the biggest threat that the small town of Fossilridge has ever faced.
Read more
Other Formats: Audible Audiobook , Paperback 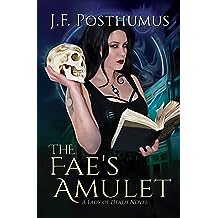 In her younger years, Catherine Woulfe was known as the Lady of Death…but those days are long past. Now, at over 300 years old, she is older, wiser…and painfully dull. Instead of using her necromancy skills for things like killing people and taking over governments, she now works as a private investigator, helping people find their lost treasures.

But when a charismatic stranger walks through her door, searching for one of the most powerful artifacts ever created, she is drawn into a case where she must use all of her old powers—including several forbidden ones—if she is to find the missing amulet. When the last person to see the amulet goes missing, she realizes it’s time for the Lady of Death to summon her minions and go on the warpath.

Angels and demons are searching for the amulet, as is a mysterious dark elf about whom little is known. Everyone is stalking her, waiting for her to find it so they can grab it for their own; meanwhile, her client has awoken feelings long suppressed, which is proving to be…distracting. Can Catherine find the trail of the thief and recover the amulet before the thief uses it to summon a deity that will destroy the Earth? More importantly, if she gets it, will she give it back?
Read more
Other Formats: Audible Audiobook , Hardcover , Paperback 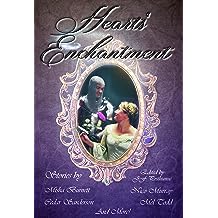 From sweet to spicy, there's something to satisfy any fan of fantasy, romance, or both!
Read more 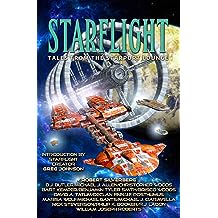 Seventeen incredible authors. Seventeen amazing stories. One fantastic sci-fi universe, where the only limit is one’s imagination. Welcome to Starflight.

Based on the exploration-based Starflight video game series created by Greg Johnson and the Binary Systems team, the stories in Tales From the Starport Lounge flesh out and shine a light into the darkest corners of the known universe. Join the last vestiges of Humanity and their alien allies (the reptilian Thrynn, the insectoid Velox, and the plant-based Elowan) as they attempt to carve out their own territory in a sector of space filled with wondrous opportunity and deadly threats. Brave explorers seek out new worlds to colonize while merchants cruise from starport to starport, their holds laden with exotic goods.

Not all in this futuristic setting have noble intent. For every prospector and trader attempting to make a difference, a dozen pirates, smugglers, and mobsters engage in all manner of criminal enterprise. Gangs fill the underbellies of every major city and raid the trade routes between the stars, pushing the outnumbered and outgunned Interstel Police to their limit and forcing civilians to take matters into their own hands. It’s a rough and tumble universe, where one wrong move could spell doom for an expedition, or grant enough wealth to buy a planet.

Board your ship and set course for stars unknown! The universe awaits.

“Those Who Came Before” by Michael Gants

“Rock of Truth” by Bart Kemper

“Everyone Gets What They Have Coming” by D.J. Butler

“A New Beginning” by J.F. Posthumus

“Fire at Will” by Declan Finn

“Hiro of Arth” by David A. Tatum

“To Cache a Killer” by Michael J. Ciaravella

“Through the Time Lens” by Robert Silverberg

Plus an introduction by Starflight creator, Greg Johnson 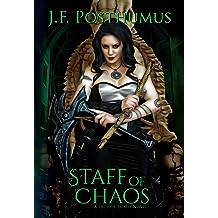 Staff of Chaos: Book Three of the Lady of Death Mar 25, 2022
by J.F. Posthumus
( 5 )
$3.99
When Raziel, the Angel of Mysteries, shows up at Catherine’s door, she knows nothing good will come from letting him in. She’s proven correct when she’s tricked into summoning the spirit of a deceased demon to help clear an innocent’s name.

Not only was Kevin Daniels a demon, but he was a keeper of the Staff of Chaos. A powerful artifact capable of destroying anything and anyone. Including the ever-thinning Veils. And it’s been stolen.

With only a few suspects, all demons, and little time, Catherine must locate the Staff before it’s used. To make matters worse, all sorts of chaos is occurring: from fights with her friends, to a furious purple-headed Minotaur bent on destruction. No one is safe from the influence of the Staff.

Can she locate the Staff of Chaos before it’s used? And even if she gets the Staff back, how will she repair the damage done to the Veils without sacrificing her life to do so?
Read more
Other Formats: Audible Audiobook , Paperback 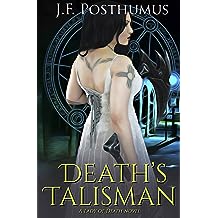 Even worse—if possible—is that they also have two parts of the talisman she used during her days as the Lady of Death, which can turn even mundane items into powerful weapons. Long thought destroyed, someone has found the pieces, centuries later, and is determined to reassemble it.

Now, pregnant with Sterling’s child and unable to use most of her magic, Catherine must depend upon friends, family, and close allies to help locate the talisman. The demon trapped within it wants out, and if that happens, it will reign chaos—and potentially kill everyone—on Earth.