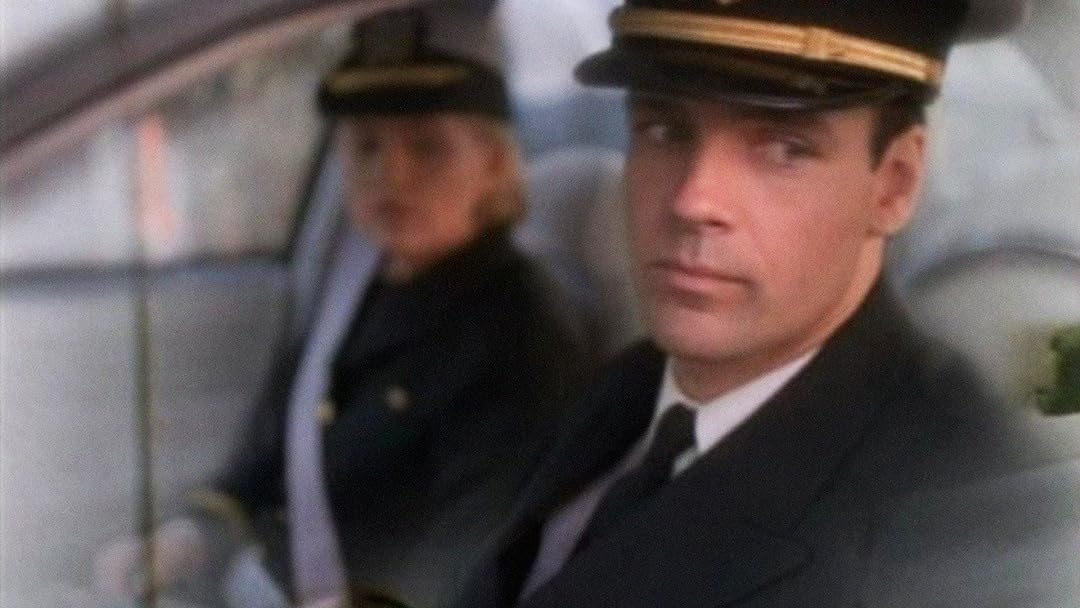 (3,218)
6.61996X-Ray13+
David James Elliot stars as Lieutenant Commander "Harm" Rabb, Jr., a brave, outstanding naval lawyer and officer in the Judge Advocate General (J.A.G.) Corps. His missions are to investigate and prosecute all crimes, accidents, acts of terrorism and espionage related to the Navy and Marine Corps.

Mary Radovich-MillerReviewed in the United States on January 10, 2017
5.0 out of 5 stars
Disappointed by Incomplete Series
Verified purchase
We loved it! But were very frustrated and angry when only a few episodes of each of the following seasons were available with Amazon Prime! And those listed couldn't even be accessed.

We think any movie or series offered by Amazon Prime should be complete. We thought that's what we were paying for! If this happens again, we will seriously consider a different service.

ronReviewed in the United States on January 9, 2019
5.0 out of 5 stars
Something missing
Verified purchase
We really enjoyed this group of DVD but have one major problem with it. The last episode, "Skeleton Crew", appears to be a two part program, but Season 1, Disc 6, had only the first part of this program. I started to view Season 2 but the first episode was about the steeling of the Declaration of Independence and two of the major characters in Season 1 had disappeared and only 1 was briefly mentioned as to what happened. How can I get the second half of this episode?
Can we expect a response to this question and approximately when??
24 people found this helpful

A. BockReviewed in the United States on January 20, 2017
3.0 out of 5 stars
Great but disappointment in Amazon
Verified purchase
The show is as good as I remember. Unfortunately, as seems to happen with a lot of good shows, the rest of the seasons are not viewable without additional purposes. I understand hooking people through free content but when I started watching the rest were free as well. So it is beyond frustrating. Don't start this show unless you plan to buy the rest or have access to the remaining seasons. Also, the last episode of season 1 has the wrong synopsis.
29 people found this helpful

Grammie x3Reviewed in the United States on June 26, 2016
4.0 out of 5 stars
Wish all seasons available
Verified purchase
This brought back fond memories of us devoted ly watching each week's new episode. Sure do wish this series was available to stream all the seasons. Have forgotten the why and wherefore of Mac joining the cast. Was really looking forward to seeing those, as I am a Catherine Bell fan. David James Elliott is terrific as well. Love the interplay between not only Harm and his 'partners', but especially enjoy the interaction with the Admiral.
20 people found this helpful

ReniReviewed in the United States on February 5, 2017
5.0 out of 5 stars
JAG Season1-Very Interesting Story & Get the facts on Harm's History.
Verified purchase
Season 1 is Excellent -Season 1 is the piolet episode. It clearly tells you what effects & creates Harm's attitude & what his is his lifes' history. I've been watching JAG for a long time but could only catch glimpses of his history in the newer episodes.. I did miss the charcter of Mac (Catherine Bell) though. The story is intriguing & involved. Experiencing the Naval Carrier ships & the power of the aircraft is AWSOME!!! ..& David James Elliot is so young in this episode & soo good looking! Makes me want to join the Navy!...Find season 1 on the AMAZON page for JAG 4 Seasons 1996..just scroll through the seasons.
12 people found this helpful

CompuForensicsReviewed in the United States on October 20, 2021
5.0 out of 5 stars
Very Entertaining But Unrealistic
Verified purchase
I was a Naval Criminal Investigative Service (NCIS) special agent for about eight years prior to transferring to Customs Enforcement (now ICE). I developed some of the most important major fraud cases while I was in NCIS and none of them were prosecuted by JAG. In reality, the most important major fraud cases are pretty much always referred to the US Attorney's office.

Aside from being fairly unrealistic, both in terms of JAG and the Navy in general, the program is very entertaining. Just remember, the TV JAG series seldom reflects reality. Aside from that, it is entertaining, owing to the talent of the leading actors.

Frank GuestReviewed in the United States on November 6, 2021
1.0 out of 5 stars
Do NOT Purchase -- Additional Seasons Not Available
Verified purchase
When I purchased Season 1, all future season were available for sale. Now, Amazon has once again screwed their customers, most probably to, in some manner, enhance the bottom line of the P&L statement. JAG is an EXCELLENT series although it is beginning to show its age. I guarantee that you will be hooked after one or two episodes. Too bad, because Season 1 and Season 1 ONLY is available. Amazon sold the rights to another company who will NOT, under any circumstances, sell you the DVD's. Oh, yes, you can still watch every episode of every season. But you will PAY every time you watch a episode.....EVERY TIME!
See all reviews
Back to top
Get to Know Us
Make Money with Us
Amazon Payment Products
Let Us Help You
EnglishChoose a language for shopping. United StatesChoose a country/region for shopping.
© 1996-2022, Amazon.com, Inc. or its affiliates