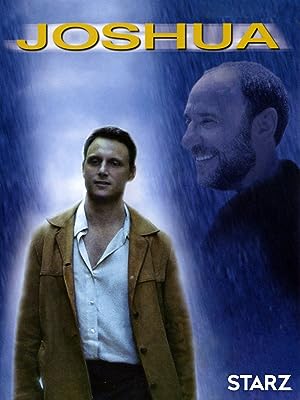 (1,613)
6.51 h 30 min2002X-RayG
A stranger named Joshua arrives in a small town, gets a job working as a carpenter, and proceeds to perform acts that appear to be miracles - leading many of the locals to suspect that he may be the Second Coming of Jesus Christ.

ChrisSherrillReviewed in the United States on August 17, 2019
2.0 out of 5 stars
Feel good movie with flaws
Verified purchase
A lot of people may like this movie because we really do want to believe in, and experience, that love which conquers all - that love which passes all understanding. We want to believe in the power of goodness, gentleness, peacefulness, and also in the power to heal both a physical body and a community. We see precious little of this in daily life.
But I had problems with the movie. Joshua (which you may know, was old Hebrew for what in Aramaic ((the language of Jesus)) is the name Yeshua which comes to us as Jesus), anyway, Joshua makes a graven image - the statue of Peter. Really? This 'Jesus come back to earth' blatantly violates one of the commandments? That seems utterly unlikely. Second, did Joshua lead the widow on and then rebuff her? It appeared so. Third, Joshua is preoccupied with building (rebuilding) a church building, an edifice. Not an emphasis we find with the historical Jesus who points us, rather, to that 'edifice not made by hands'. Fourth, is this an Roman Catholic film? It certainly focuses on that group more than any other. And lastly, and most significantly for me, the Gospels are clear that the historical Jesus did not try to reform the "Church", i.e. the organized religion of his day. He condemned those leaders soundly and leveled some seriously harsh criticisms at them and at the wayward religion the foisted upon the people. The Jesus of the Gospels certainly did not kiss up to those leaders like Joshua did to the Pope.
So, if you're looking for a feel-good movie, this may be for you, but be advised, if you let your kids see it, you're providing them with faulty information.

MstjazzyReviewed in the United States on August 23, 2019
5.0 out of 5 stars
Negative Reviews Should Be Taken With A Grain of Salt
Verified purchase
While everyone is entitled to their opinions, I had to read why someone would rate this movie negatively. The first thing I wait for when watching faith and spirituality movies is the acting and dialogue, which can be absolutely terrible. I realize that many of these movies are done on a budget and not well made, but the message is why the movie exists in the first place. I usually can't make it through even a few minutes for movies of that caliber.

I felt this movie was well done compared to many others, I, like many others probably did, knew Joshua was more than an "ordinary" man from the begining. Of course, like one of the negative reviews stated, no man waltzes into a town and just starts helping everyone out and helping more than one person at a time, so the negative reviewers weren't looking at the message. Those reviews probably don't get much enjoyment out of life as everything is too literal. (Oh, BTW negative Nancies, no towns I've seen are that picture perfect either, but that's "just the movies" now isn't it?) I let myself just enjoy the movie without reading more into it, and loved how it ended. If you do that, you'll really love the movie as much as most of us did.
56 people found this helpful

RDRNReviewed in the United States on January 10, 2019
5.0 out of 5 stars
What if Jesus came to town today?
Verified purchase
The premise of the movie is "what if Jesus were to come today? What would he be like? What would he do?"
The title "Joshua" reflects the fact that "Jesus" is the Greek translation for the Jewish name "Yeshua", what we would call Joshua. It's a thought provoking movie with some interesting ideas about how Jesus/Joshua would interact with people today. I highly recommend the movie.
36 people found this helpful

Amazon CustomerReviewed in the United States on August 6, 2019
1.0 out of 5 stars
Nothing like Jesus
Verified purchase
It's clear from the reviews that people believe this character is Christlike which is extremely disconcerting. Jesus Christ didn't believe in buildings of worship. He believed in people and taking care of one another. The most Christlike person who has ever lived on this planet was St. Francis of Assisi who wore peasant clothes, gave money to the poor, and taught goodwill to each other. He would never have shown up in town wearing fancy clothes. I find it sad that so many people are misled by organized religion and have ignored the actual gospels. Start with the Gospel of Thomas written by Jesus's brother in which Jesus says you won't find God in a building. So why exactly is most of this film about Joshua rebuilding a church?
12 people found this helpful

Mark GlassenReviewed in the United States on September 7, 2016
5.0 out of 5 stars
Christian movie which is cleaver and well done
Verified purchase
First, it is a well acted and well directed modern day movie.. I don't believe I've seen Tony Goldwyn give a better performance. What I liked is the transcendence of the movie. We .don't need to be told who Joshua is; his actions lead us to one conclusion (perhaps), but in any case, we know he is someone special and unique. Joshua (movie) has a cast of characters not unlike those of the New Testament. We see the religious leaders threatened by Joshua's power,as the Pharisees were of Christ's. We see fearful and intimidated religious people coming to faith and confidence (Father Pat) much like the disciples did after the resurrection. And we see God's compassion and concern for people in the character and actions of Joshua. The story unfolded in a very pleasing way for me.
35 people found this helpful

KathleenReviewed in the United States on September 16, 2019
5.0 out of 5 stars
Lovely, gentle, uplifting movie
Verified purchase
I stumbled onto this film while scanning the Amazon Prime network for something to watch. I am a practicing Episcopalian, and perhaps that's why I'm not so critical of it. We're a very liberal denomination. A 'graven image'? Really? Jesus was a carpenter, remember? Carving a beautiful statue as a tribute to a saint is hardly a graven image. That is mainline Protestant prejudice. I know. I grew up Catholic, and they do NOT worship idols. I was also a Presbyterian for a long time so I know what mainline Protestantism is like. I've searched a long time to find the right fit for me and in so doing, I've learned a lot about other points of view. "Judge not", folks; Jesus said that.
As for helping part of the community rebuild their church and thereby causing the entire community to come together in fellowship, regardless of their personal creeds, where is the harm there? Surely a modern Yeshua would encourage that. Again, he WAS a carpenter! Helping a suffering man of God, whose heart has been closed from even himself for so long, to finally open, regardless of which denomination he belongs to, seems like a very Jesus-like move to me, and revealing himself to St Peter, aka the Pope, was a beautiful moment and could only be accomplished in the Vatican. This is not a "Catholic" movie, it is a movie with a general Christian theme. It will lift your heart if you relax and enjoy it as such and not be so literal, and in today's polarized, angry world, how can that be a bad idea?
7 people found this helpful

jackieReviewed in the United States on May 6, 2020
1.0 out of 5 stars
There are so many serious flaws in the movie.
Verified purchase
I believe they sincerely want to make this movie attractive to the faithful Christians, but there are so many serious flaws in the movie. The Church does not easily approve miracles like that. And for a person to be approved as a saint, it takes years AFTER a person die to investigate and then determine if he or she is worthy to be venerated as a saint. I have never seen the congregation waiting for another priest to give homily, especially when he is not there from the beginning of the Mass. The words of God and the homily is a serious matter and a priest who gives the homily is always taken his responsibility very seriously. Besides, there are two major flaws in this movie: 1) The Catholics do not practice their faith in the confessional room as it is described here; 2) Jesus Christ comes back the second time not as a carpenter.

2) It is true that the Church is waiting for Jesus to come back the second time but she expects Him to come in glory to judge all nations. This is how the Bible said the second coming of Jesus: “When the Son of Man comes in his glory, and all the angels with him, he will sit upon his glorious throne, and all the nations will be assembled before him. And he will separate them one from another, ...Then the king will say to those on his right, ‘Come, you who are blessed by my Father. Inherit the kingdom prepared for you from the foundation of the world. For I was hungry and you gave me food, I was thirsty and you gave me drink, a stranger and you welcomed me, naked and you clothed me, ill and you cared for me, in prison and you visited me ...Amen, I say to you, whatever you did for one of these least brothers of mine, you did for me.’ Then he will say to those on his left, ‘Depart from me, you accursed, into the eternal fire prepared for the devil and his angels ... what you did not do for one of these least ones, you did not do for me.’ And these will go off to eternal punishment, but the righteous to eternal life.” (Matthew 25: 31-46). The bible also said, “Men of Galilee, why are you standing there looking at the sky? This Jesus who has been taken up from you into heaven will return in the same way as you have seen him going into heaven.” (ACT 1:11)
2 people found this helpful
See all reviews
Back to top
Get to Know Us
Make Money with Us
Amazon Payment Products
Let Us Help You
EnglishChoose a language for shopping. United StatesChoose a country/region for shopping.
© 1996-2022, Amazon.com, Inc. or its affiliates