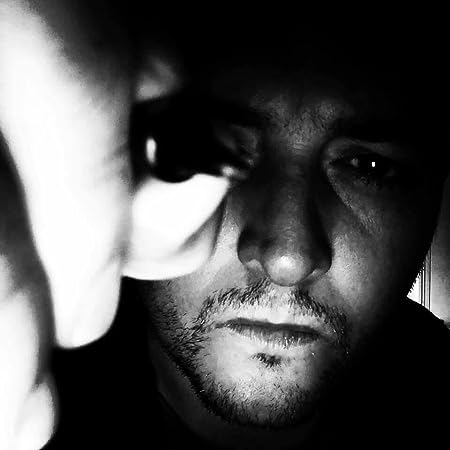 +++ Get your FREE horror ebook at https://www.jackrollinsfiction.com +++

Jack Rollins was born and raised among the twisting cobbled streets and lanes, ruined forts and rolling moors of rural Northumberland, England in 1980. He is the author of the horror novel The Cabinet of Doctor Blessing, the novella The Séance and a range of short, dark fiction tales.

Jack can be found online at: 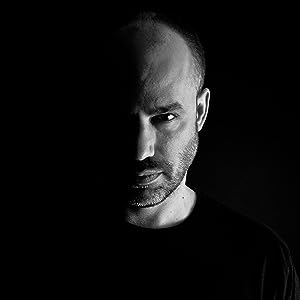 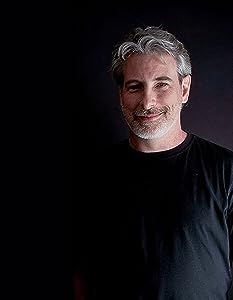 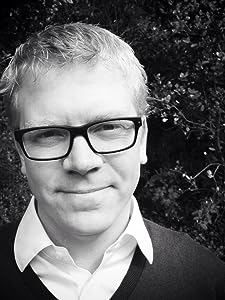 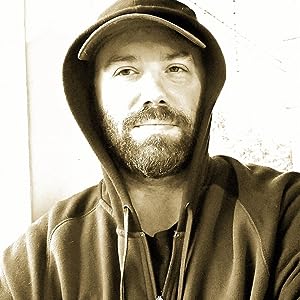 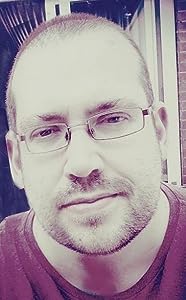 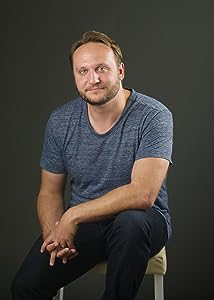 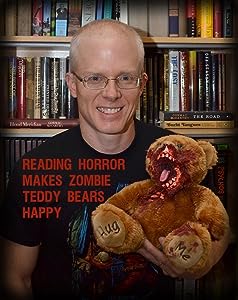 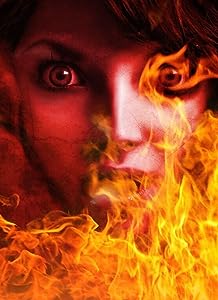 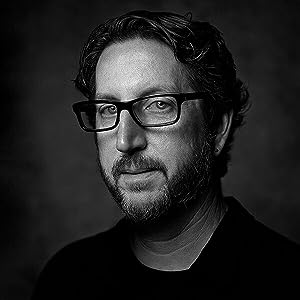 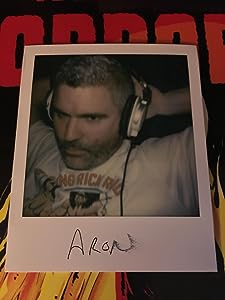 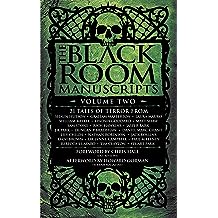 The Black Room Manuscripts Volume Two Jul 9, 2016
by J.R. Park, Daniel Marc Chant, Duncan P. Bradshaw, Shaun Hutson, Graham Masterton, Laura Mauro, William Meikle, Lindsey Goddard, Matt Shaw, Rich Hawkins, Jack Rollins, Sam Stone, Jasper Bark, Lily Childs, Nathan Robinson, Brown Dani , Dr Lynne Campbell, Paul M Feeney, Rebecca S Lazaro, Tim Clayton, Stuart Park
( 9 )
$4.39
Some words are born in shadows.
Some tales told only in whispers.
Under the paper thin veneer of our sanity is a world that exists. Hidden just beyond, in plain sight, waiting to consume you should you dare stray from the street-lit paths that sedate our fears.
For centuries the Black Room has stored stories of these encounters, suppressing the knowledge of the rarely seen. Protecting the civilised world from its own dark realities.
The door to the Black Room has once again swung open to unleash twenty one masterful tales of the macabre from the twisted minds of a new breed of horror author.
The Black Room holds many secrets.

The Sinister Horror Company is proud to present The Black Room Manuscripts Volume Two. All profits made from the sale of this book will go to Alzheimer's Research UK 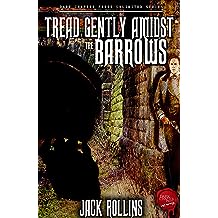 A horrific tale of monstrous trolls in Victorian Sweden

Tread Gently Amidst the Barrows sees Jack Rollins return to the Victorian era for a chilling, thrilling tale as the progress of mankind and technology trespass into the world of the mythical in Sweden. A series of night-time disappearances among the workforce of railway engineer Oliver Stroud threaten to bring the construction of a new railway bridge to a standstill as local superstitions give rise to unrest and desertion. Stroud is left with no choice but to investigate an ancient burial site to bring closure to the matter once and for all but there is no peace to be found among the barrows of Old Uppsala, for neither the dead, nor the creatures of myth who live among them.

This short story is priced at the minimum for purchase, and is better value as part of the Kindle Unlimited subscription, through which this story can be read at no extra cost. 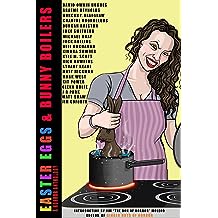 Come, take his hand, and experience demented rabbits, chocolate obsessed children drowning in their own greed, serial killers, resurrection and more in this collection guaranteed to kill the cravings of your sweet tooth.

And an introduction from Gingernuts of Horror's head honcho, Jim Mcleod!
Read more
Other Formats: Paperback 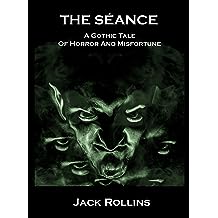 A gothic Victorian chiller from the author of the Dr Blessing Series. Albert Kench is summoned back to London from his travels in Australia, and is shocked to find that his sister has suffered horrific mental and physical damage. A man of science and progress, when Albert is told that Sally attended a séance prior to her collapse and has been touched by otherworldly forces, he believes there must be another, more rational explanation. Albert learns of a man who claims mastery of the dark arts, who may hold the key to Sally’s salvation. Albert sets off in search of answers, but can he emerge victorious without faith, or will he be forced to accept the existence of a realm beyond the world around him?

"The Séance is a fantastic tale... This will creep you out big style." - Nev Murray, The Ginger Nuts of Horror.
Read more
Other Formats: Paperback 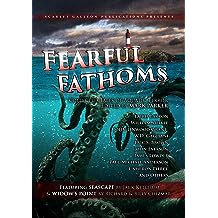 In order of appearance, stories include:
"Widow's Point" by Richard Chizmar & Billy Chizmar
"The Gray Man" by Mark Parker
"Fear Sun" by Laird Barron
"Carnacki: The Lusitania" by William Meikle
"Floodland" by Cameron Pierce
"Sirens" by Dallas Mullican
"Draugar" by Bryan Clark
"Old Bogey" by Lori R. Lopez
"The Lighthouse" by Annie Neugebauer
"Port of Call" by W.D. Gagliani
"Beneath the Surface" by Stuart Keane
"Once Tolled the Lutine Bell" by Jack Rollins
"She Beckons" by D.G.
"Cape Hadel" by Brad P. Christy
"Seastruck" by John Everson
"Alone on the Waves" by Eric S. Brown
"Band of Souls" by CM Saunders
"A Thousand Thick and Terrible Things" by David Mickolas
"Maelstrom" by Doug Rinaldi
"Hallowed Point" by Andrew Bell
"Wanderer" by Shane Lindemoen
"Canned Crab" by Nick Nafpliotis
"On Ullins Bank" by John Linwood Grant
"The Way We Are Lifted" by Aric Sundquist
"Surviving the River Styx" by Paul Michael Anderson
"The Water Elemental" by A.P. Sessler
"The Paper Shield" by James Lowder
"Seascape" by Jack Ketchum
"Corbett's Cage" by Shawn P. Madison
"Jonah Inside the Whale: A Meditation" by Jason Sechrest 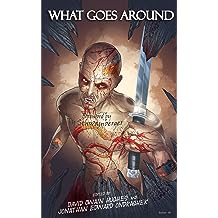 What Goes Around Jun 10, 2016
by Jack Rollins, Rhys Milsom, Dawn Cano, Stuart Keane, Chad Lutzke, Duncan Ralston, Jonathan Moon, Sarah Dale, Rose Garnett, Craig Saunders, Rich Hawkins, Peter Oliver Wonder
( 5 )
$2.99
We're told good always triumphs over evil.
We would all like to think that's true even if we don't entirely believe it with conviction.
But what if evil had a battle with itself?
What would happen if two forces of badness went toe-to-toe with each other?
Such tales exist within this tome. Prepare to be shocked and amused,
and don't be surprised to find yourself rooting for the bad guy.
Why?
Because What Goes Around...
Read more
Other Formats: Paperback 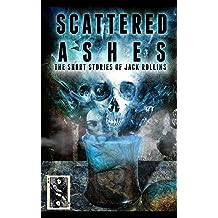 Who will survive? And what will remain?

This chilling anthology of creepy horror stories will strike terror down to your bones! Psychological terrors, unsettling tableaus, and shocking spectres reside within the pages of Jack Rollins’ short story collection. Face the horrors of vengeful spirits and creatures best left undisturbed in ancient legend, see inside murderous minds, and run from ruthless wraiths. These yarns of paranormal dread will have you afraid to turn the page. Expect your house lights to burn long after bedtime. Jack Rollins’ visions expose your primal fears, from horrors rising beneath the black surface of the open sea, to the shadowy corners of your own home. Nowhere is safe.

What Amazon Readers are saying about Jack Rollins…

★★★★★ The stories get better as you go deeper... (Scattered Ashes)
★★★★★ Biting Goodness... (Dead Shore)
★★★★★ very atmospheric just draws you in and keeps delivering. (The Cabinet of Doctor Blessing)
★★★★★ kept me engaged right from the start and was so well written that it was really easy to visualise... (Dead Shore)
★★★★★ a beautifully written Victorian horror story that will make you believe you are living in the times… (The Cabinet of Doctor Blessing) 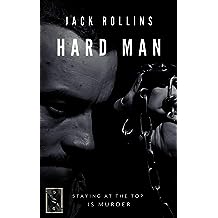 Staying at the top is murder

Ruling the dark underworld of Tilwick is no easy feat, but Eddie Garfield does so with brutal efficiency. For sixty years, he has abided by two simple rules, rules that have painted the cobbles with splattered blood and broken teeth, and forged an impressive legacy. But sixty years is a long time ... people are becoming restless; the criminal young bloods are ambitious and hungry to take their slice of the pie, and they'll do anything to obtain it. Even if it means taking down one of their own...
Read more 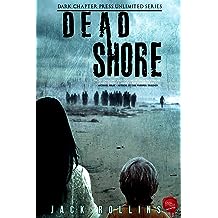 They're coming for you and your child. How fast can you run?

When a group of teenagers mess around with a washed-up dolphin carcass, Karen and her toddler Charlie are caught in a wave of chaos and violence as one by one the residents of Ashmouth fall prey to a deadly virus, transforming them into relentless, violent zombies. Allying herself with Dean, one of the teenage boys, Karen must stay strong and alert as the world she knows crumbles around her and there appears to be no way out. Is the village doomed, and will this zombie outbreak remain contained?
Read more 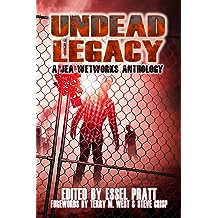 Undead Legacy Mar 25, 2015
by Alex Shalenko, Essel Pratt
$3.99
Within the confines of these pages, each horrific tale has been quarantined for the safety of humanity. All readers are warned to continue at their own risk.

The tales within are known to inject fear into the minds of all that dare read them, as well as cold sweats, chills, and anxiety within the dark. Those that are brave enough to traverse the pages and emerge on the other side, without a bite mark to show, will be deemed worthy of the Undead Legacy.

Undead Legacy, an anthology of undead horror, features 23 poems and stories from some of the best writers in the genre, representing classical and fresh takes on the undead.
Read more
Other Formats: Paperback 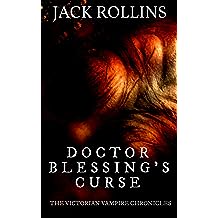 From a monster, a miracle?

After a dinner party, Doctor George Blessing reveals to his friend a secret that he has carried for three years. His most horrific case to date has left him so tormented that his marriage, his practice and his very sanity are at stake. But will his friend understand? Can he even help? Can anyone break the Doctor's curse?