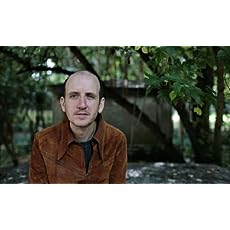 Jack Thorne writes for theatre, film, television and radio. His theatre credits include "Hope" and "Let The Right One In," both directed by John Tiffany, "The Solid Life of Sugarwater" for the Graeae Theatre Company, "Bunny" for the Edinburgh Fringe Festival, "Stacy" for the Trafalgar Studios, " 2nd May 1997" and "When You Cure Me" for the Bush. His adaptations include "The Physicists" for the Donmar Warehouse and "Stuart: A Life Backwards" for Hightide. On film his credits include "War Book," "A Long Way Down" and "The Scouting Book for Boys." For television his credits include "The Last Panthers," "Don t Take My Baby," " This Is England," "The Fades," "Glue" and "Cast-Offs" and the upcoming "National Treasure." In 2012 he won BAFTAs for best series ("The Fades") and best serial ("This Is England 88"). 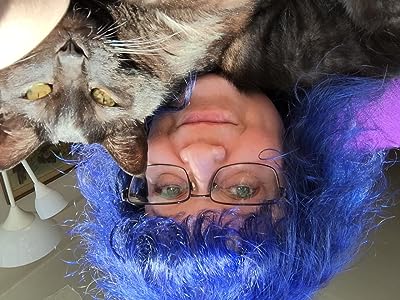 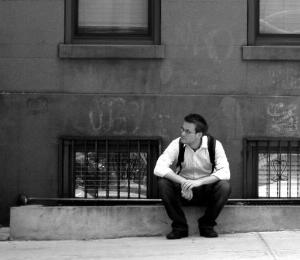 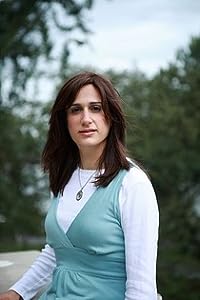 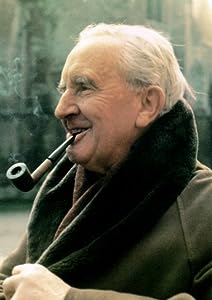 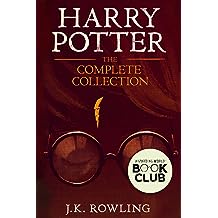 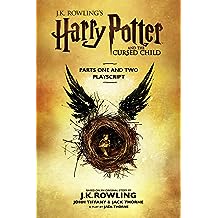 The official playscript of the original West End production of Harry Potter and the Cursed Child.

It was always difficult being Harry Potter and it isn't much easier now that he is an overworked employee of the Ministry of Magic, a husband, and father of three school-age children.

While Harry grapples with a past that refuses to stay where it belongs, his youngest son Albus must struggle with the weight of a family legacy he never wanted. As past and present fuse ominously, both father and son learn the uncomfortable truth: sometimes, darkness comes from unexpected places.

The playscript for Harry Potter and the Cursed Child was originally released as a 'special rehearsal edition' alongside the opening of Jack Thorne's play in London's West End in summer 2016. Based on an original story by J.K. Rowling, John Tiffany and Jack Thorne, the play opened to rapturous reviews from theatregoers and critics alike, while the official playscript became an immediate global bestseller.

This definitive and final playscript updates the 'special rehearsal edition' with the conclusive and final dialogue from the play, which has subtly changed since its rehearsals, as well as a conversation piece between director John Tiffany and writer Jack Thorne, who share stories and insights about reading playscripts. This edition also includes useful background information including the Potter family tree and a timeline of events from the Wizarding World prior to the beginning of Harry Potter and the Cursed Child. 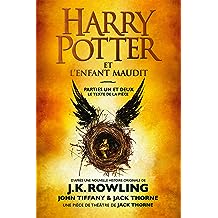 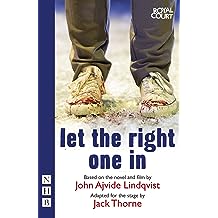 A dark and visceral coming-of-age vampire love story, based on the acclaimed novel and film.

Oskar is a bullied, lonely, teenage boy living with his mother on a housing estate at the edge of town, when a spate of sinister killings rocks the neighbourhood.

Eli is the young girl who has just moved in next door. She doesn't go to school and never leaves the flat by day. Sensing in each other a kindred spirit, the two become devoted friends. What Oskar doesn't know is that Eli has been a teenager for a very long time'

Jack Thorne's adaptation of Let The Right One In premiered in June 2013 at the Dundee Rep Theatre in a production by the National Theatre of Scotland, before transferring to London's Royal Court Theatre in November 2013.

'moving and haunting... a rich and beautiful theatrical experience that is by turns gripping and tender' Herald

'a chilling and moving piece of theatre, full of pain, terror and unexpected moments of comedy' Scotsman 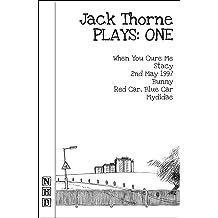 Acclaimed for his screenplays for TV dramas including Skins, Shameless, The Fades, This is England '86/'88/'90 and Glue, Jack Thorne first emerged as a writer of unflinching, compassionate and often challenging plays for the stage. Described as a 'powerful voice for Britain's youth' (Independent), he remains one of the most distinctive talents working in theatre today.

This collection, with a revealing introduction by the author, covers a period of intense creativity - beginning with When You Cure Me (Bush Theatre, 2005), a painful - and painfully funny - play about being very young and in love, and coping with serious illness at the same time. 'One of the year's finest pieces of new writing' Evening Standard

In the monologue play Stacy (Arcola Theatre, 2007), twenty-something Rob tells the story of a confusing couple of days in which everything in his life seems to have gone wrong. 'A pin-sharp, brilliant piece of work' Time Out

2nd May 1997 (Bush Theatre, 2009) distils all the euphoria and despair of New Labour's landslide electoral victory into three stories told with 'quiet profundity and verve' (Telegraph), while Bunny (Edinburgh Fringe, 2010) is a white-knuckle ride through the streets of contemporary Britain, written for a solo female performer. 'Terrific' Scotsman

Red Car, Blue Car is a heartbreaking short play about guilt, grief and responsibility, written for and performed at the Bush in 2011. Finally, Mydidae (Soho Theatre, 2012), a two-hander set entirely in a bathroom, is an electrifyingly intimate account of the darker side of love which hits audiences 'like a punch in the gut' (Whatsonstage.com) 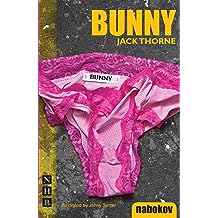 An exhilarating coming-of-age drama for a solo performer.

Scorching heat. A fight. A car chase. A siege. When her boyfriend is attacked on the street, feisty eighteen-year-old Katie is thrust on a white-knuckle ride through one extraordinary evening. Amidst the baying for blood and the longing for love, Katie is forced to decide her future.

One bathroom. Two people. One day. A relationship witnessed in minute, devastating detail.

A story of intimacy, fragility and the darker side of love, Jack Thorne's Mydidae exposes the private and disturbing moments a couple share, and explores what becomes of a relationship when it is held together not only by love, but by fear, guilt and despair.

'A two-hander full of unexpected menace that probes and chips at its characters, peeling back layers of skin... a potent piece of writing' Exeunt Magazine

'Like a punch in the gut... what makes all of this not only bearable but completely transfixing is the unmistakeable honesty of the writing' Whatsonstage.com 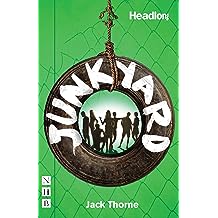 'Who'd want to join in building a fucking playground.'

It's 1979, rubbish is on the streets of Bristol, and it's tricky being Fiz. She's thirteen, she's got no money, her sister's pregnant and her mum thinks she's a waste of space...

Rick remembers what it's like to be a teenager. So he thinks it won't take much to get a bunch of kids to help him build a playground out of junk.

Jack Thorne's honest and witty Junkyard, with music by Stephen Warbeck, premiered in 2017 in a co-production between Headlong, Bristol Old Vic, Rose Theatre Kingston and Theatr Clwyd, and directed by Jeremy Herrin.

'A touching tale… an engagingly ramshackle musical' - The Times

'A joyful musical for school misfits... left me smiling throughout as it celebrates the right of children and young people to turn their individual lives into an adventure through physical and imaginative play' - Guardian 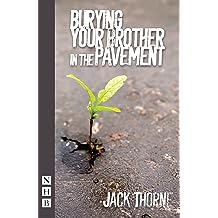 A play about grief and looking at someone that little bit more closely.

Tom's brother Luke is dead. This has upset a lot of people but it hasn't upset Tom. Or, rather, it has upset him, but in ways he can't explain and other people can't understand. You see, Tom and Luke were never friends. In fact, Tom didn't really like Luke at all.

So it's an odd decision - to try and bury Luke in the pavement of the Tunstall Estate where he was killed. But to Tom, it sort of makes sense, in a stupid-weird kind of way. As he sleeps out on the pavement, he comes across planning officials, tramps, undertakers, police officers, sisters, mothers, estate agents, ghosts, pavement elephants, sky dragons and a strange lad called Tight who wants to sell him a Travelcard.

Written specifically for young people, Burying Your Brother in the Pavement was part of the 2008 National Theatre Connections Festival and was premiered by youth theatres across the UK.

A painful - and painfully funny - play about being very young and in love - and coping with serious illness at the same time.

Rachel and Peter are seventeen. They have been going out for six months. It's love's young dream. Then Rachel gets ill - seriously ill. She doesn't want her mum to fuss; she doesn't want Alice to pretend she's her best friend; and she certainly doesn't want Alice's boyfriend telling bad jokes at her bedside. The only person she wants is Peter, but Peter doesn't know what it is that he wants.

When You Cure Me premiered at the Bush Theatre, London, in 2005.

'In one of the year's finest pieces of new writing... a compassionate, gripping portrait of a fledgling relationship that is asked to bear more than many well-established marriages' Evening Standard

'[has] a merciless precision... a brave piece of writing that, with its damaged and angry heroine, unflinchingly shows us not a vision of saintly suffering, but a far more engagingly human struggle for survival' The Times 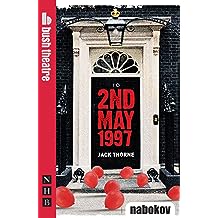 A smouldering play about escaping the past, seizing the present and owning the future.

2nd May 1997. An historic victory. The Tories, eighteen years in power, are defeated as New Labour sweeps into government. From the euphoria and despair, three deeply personal stories emerge.

Tory MP Robert prepares to attend the count. With defeat looming large, he fears becoming a forgotten man, while his wife Marie counts the cost of her own sacrifice to politics. Lib Dem footsoldier Ian is no hero, but party-crasher Sarah is determined to make him one. Best mates Jake and Will wake up with a new world order to memorise before their A-level Politics class. Jake dreams of Number 10. Will dreams of Jake. 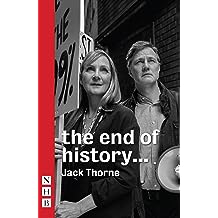 Newbury, 1997. Sal is attempting to cook dinner for the family. She and husband David have pulled off a coup and gathered their brood back home for the weekend. Eldest son Carl is bringing his new girlfriend to meet everyone for the first time; middle daughter Polly is back from Cambridge University for the occasion; and youngest Tom will hopefully make it out of detention in time for dinner.

Sal and David would rather feed their kids with leftist ideals and welfarism than fancy cuisine. When you've named each of your offspring after your socialist heroes, you've given them a lot to live up to…

Jack Thorne's play the end of history… premiered in the Jerwood Theatre Downstairs at the Royal Court Theatre, London, in June 2019, in a production directed by John Tiffany.