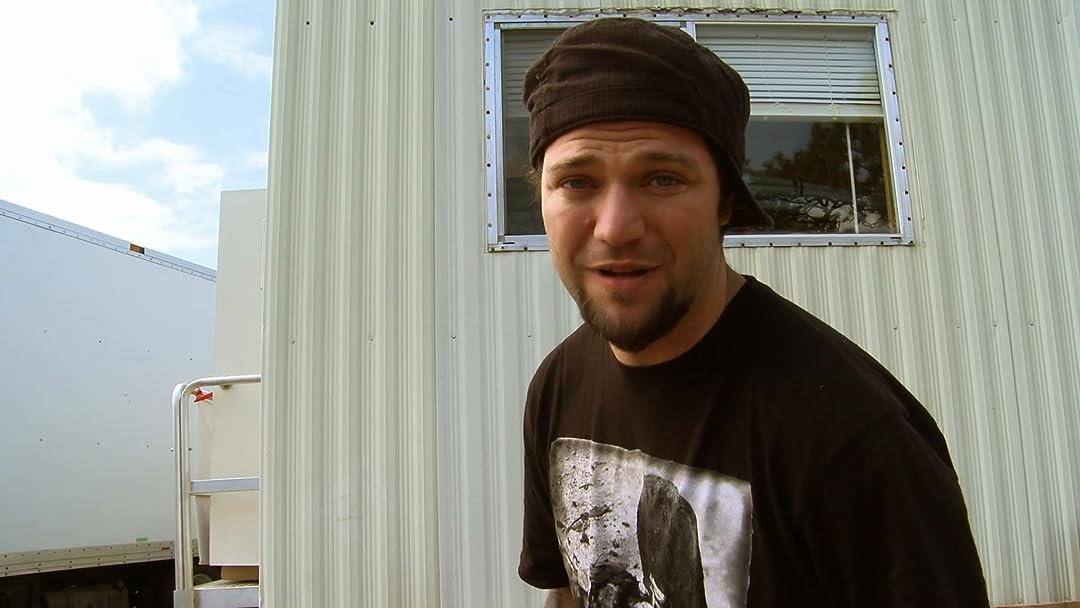 (211)
7.01 h 34 min2010X-RayR
The jackass guys are back so brace yourself for unbelievable and totally explicit stunts from the idiots you've come to know and love from a safe and sanitary distance!

Steven BrownReviewed in the United States on July 8, 2019
5.0 out of 5 stars
Crowning achievement of human civilization
Verified purchase
When alien archeologists descend from the heavenly realms to our great planet in thousands or millions of years they will find much evidence of humanity and our doomed attempts to succeed as a species against the Great Filter of human-caused global warming caused by overuse of fossil fuels and nitrogen fertilizers that occurred at the hands of runaway greed and capitalism. They will search relentlessly through the wreckage and stumble upon our media storage devices which to them will be quite primitive and easy to get the data off of. They will find many great things but the absolute best thing they will stumble upon will be the amazing Jackass 3. In fact it could be argued that this fine film is the peak of human civilization and the very reason we have been allowed by the gods and the great aliens to toil as long as we have. The production of this masterpiece is prima fascia evidence of humanity's striving for greatness, originality, and awesome vicissitude. This cultural treasure will also be canonized by our descendants who will mill about for decades if not centuries in post-apocalyptic toxic wreckage covered in dirt and radioactive soot, occasionally finding a way to power our ancient viewing devices and gaze once again on the best moments in this timely classic, such as Ehren getting a tooth yanked by a Lambo or a man with his butt painted green squirting poo over a model train set.
24 people found this helpful

Matthew VReviewed in the United States on June 29, 2019
5.0 out of 5 stars
Great for the type
Verified purchase
I'm bothered by how many people appear to have watched this and are complaining because it's immature or crude. You don't watch something called jacka## if you don't want something immature or crude. It's a bunch of guys thinking up random stupid stunts that they think will be funny. Some don't quite hit the mark. Others leave me in stitches. Overall, it's a riot of low class hilarity. If you're not into that sort of humor then do everyone a favor and don't watch it. More importantly, don't rate it.
11 people found this helpful

The All-Seeing IReviewed in the United States on September 7, 2019
5.0 out of 5 stars
I Laughed Like A Lobotomized Maniac
Verified purchase
By the time an evolving franchise gets to installment three, you'd best know which side of the fence you're on. Per the usual, I laughed, snorted, and drooled my way through "Jackass 3." And I'm not going to judge myself poorly for it, either.

Take, for instance, the glory of the debasing stunt that is "Poo Cocktail Supreme." One of our jackasses - armored only in swim goggles and a nose plug - is strapped into a feces-loaded outhouse, which is tethered slingshot-style to massive bungee cords on either side. It's a catapult by any other name; basically one of those trebuchets they'd firebomb castles with in medieval times, only this one's chock full o' poo and a dude. The outhouse is released, and up it shoots like the Space Shuttle, only to have gravity shift upon descent and discharge its chunky cargo throughout the "passenger cabin" and our manic, puking passenger. If that sounds funny to you, watch immediately. If not, still watch immediately, so you can praise yourself for your taste having truly evolved beyond such gleeful tomfoolery. I'm just not there yet.

In fact, I'm at the point where if I laugh at a thing, I try not to suppress, question, or analyze it, as I have plenty of people to do that for me. All I know is that throughout "Jackass 3," I laughed incessantly.

DavesNotHereManReviewed in the United States on June 19, 2019
4.0 out of 5 stars
Irrepressibly Moronic Stunt Fun
Verified purchase
Being an immature semi-adult male...I suppose I am this movies target audience, but it's great fun for people of all ages and genders..or anybody that suggested to their idiotic friends, "How about put on roller skates, strap __________ to yourself and launch from a ___________ into that ____________ wearing a ridiculous ___________ costume." Even at it's most gross, possibly the porta potty bungie poo cocktail, I could not bring myself to look away. Hilarious stupidity at it's jackass best.
3 people found this helpful

JGReviewed in the United States on November 14, 2019
2.0 out of 5 stars
Warning: Don't watch while you are Eating!
Verified purchase
This movie had a Lot of Funny scenes in it, a Lot! But, it also has a Lot of Very Disgusting, and Disturbing scenes too! I really Loved the Midgets in the bar scene, and the switching at the store with the dog scene, and the Grandpa song scene! This movie really had us laughing so hard that our face hurt at First! But, then the movie started getting really Really Gross, and almost having us All throwing up! We had to stop watching it Just, because of the stupid Really Gross stuff that they where doing also! I Honestly don't know how these boys survive making this movie, and not breaking something, or dying! I Really wished that they would of just kept the disgustingness stuff out though! Then I would of been able to finish watching it, just wanting to warn who ever was going to watch this movie! That there are a Lot of scenes that might make you Throw Up literally, and did not make any scents on Why would they even think on doing it! Like for instance the Sweaty Fat scene, Why Just Why Totally Gross! There is a Lot more too, but Really don't want to even talk about them! Just Beware
3 people found this helpful

Mr. McFlyReviewed in the United States on September 25, 2019
1.0 out of 5 stars
Tasteless.
Verified purchase
Maybe 2 skits were genuinely funny, the rest are really either disgusting or tasteless humor. Incest, human feces, urinating on each other... if this is your kind of thing, then this is your movie.
3 people found this helpful

Sheila GomezReviewed in the United States on August 6, 2020
4.0 out of 5 stars
Classic jackass material
Verified purchase
This really was just classic jackass material I am kind of disappointed I think there could have been better stuff and some of it was really really disgusting but still funny nonetheless

isReviewed in the United States on August 28, 2019
4.0 out of 5 stars
pigs
Verified purchase
just because we sometimes give up our dignity, doesn't mean they have to. Here's hopin' these silly and fun guys, now get it. 💚
See all reviews
Back to top
Get to Know Us
Make Money with Us
Amazon Payment Products
Let Us Help You
EnglishChoose a language for shopping. United StatesChoose a country/region for shopping.
© 1996-2021, Amazon.com, Inc. or its affiliates