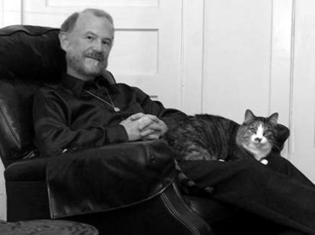 James Baker developed his passion for history and religion while in high school, during his days as a Bulldog. He is a graduate of Baylor and Florida State Universities and has for many years taught at Western Kentucky University. Throughout his career he has been a prolific writer, authoring 22 books and over 60 articles. His articles have appeared in such places as Christian Century, Commonweal, The Chronicle of Higher Education, and The American Benedictine Review. His creative talents and his unique points of view and insights have also made him a highly sought after speaker. He has delivered addresses and papers in the United States, Italy, Korea, Taiwan, China, and other Asian countries. He often appears in a one person show-presentation of industrialist-philanthropist Andrew Carnegie. In addition to his teaching duties, James directs the Canadian Parliamentary Internship Program. 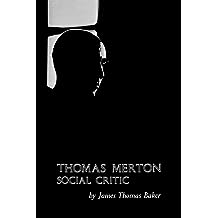 Thomas Merton: Social Critic organizes and critically analyzes the social thought of the Cistercian monk who has become an internationally known symbol of the spiritual element in man. The author evaluated all of Merton's writings, published and unpublished, then discussed his interpretations with Merton personally. The result is a perceptive relation of Merton's social thought to its genesis in his own life experiences and contemplation, a faithful rendering of Merton's thought on the problems of our time.

Merton, the author makes clear, called for a spiritual, social, and religious union. It was a poetic and sometimes unimplemented solution to alienation and division, a valid and authentic, if at times limited, response to the contemporary chaos. This study will be greeted by a strong reaction from Mertonians everywhere. 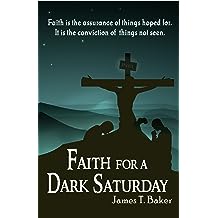 Faith for a Dark Saturday May 7, 2010
by James T Baker
$3.99
"The darkest hour is just before dawn." The age-old adage has been borne out through the experiences of countless lives as a true statement. In Faith for a Dark Saturday, the noted theologian and historian James Baker shows how nine men from the Bible prove the point. Each man tells, in his own words, the misery of his darkest hour, a time that he did not know but we do was just before the dawning of a morning of hope.

There is Abraham as he prepared to sacrifice his son Isaac.

Jacob as he prepared to meet his hostile brother and possible death.

Moses in desert exile before he sees the burning bush and receives the commission of his life.

King Hezekiah as he awaits assault from the invincible Assyrian army.

Joseph as he contemplates the scandal caused by his finance's pregnancy.

The apostle Peter on the Saturday between the crucifixion and resurrection.

Paul as he prepares to leave for Damascus to round up Christians.

The jailer of Philippi before the earthquake that will bring his salvation.

John in exile on Patmos before his vision.

Everyone, sometimes in his life, experiences a dark Saturday of despair like the Saturday between the crucifixion and the resurrection of Christ. You will be inspired to lean on your own faith as you share the experiences of these men, caught in fear and despair, during the agony of their dark Saturdays, just before the dawn of a new day of hope. In Faith for a Dark Saturday, Dr. Baker imaginatively tells the stories of persons in the Bible who experienced severe testing of their faith and reached the darkest hour of despair.
Read more
Other Formats: Paperback , Loose Leaf 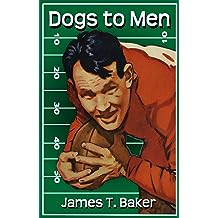 Dogs to Men Jun 1, 2008
by James T. Baker
( 1 )
$2.99
James Baker recounts the escapades of a rural Texas 6 man football team during the late 1950's in Dogs to Men. He follows the "Demopolis Dogs" through pratfalls on the field and growing pains off the grid iron. Baker brings you into the experience of growing up and makes the reader feel the anguish and ecstasy of what is a muddy, painful team experience.
Read more