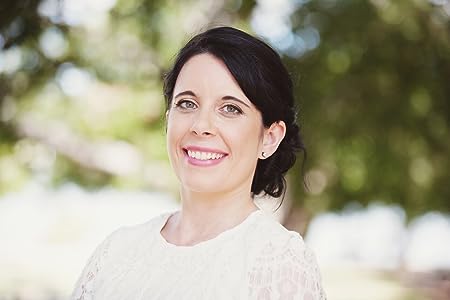 Jamie was born into a big, crazy family of 6 children. Being the youngest, she always got away with anything and would never shut up. Constantly letting her imagination run wild, her teachers were often frustrated when her 'What I did on the weekend' stories contained bunyips and princesses.

Growing up, Jamie did the sensible things and obtained a Bachelor of Business degree from Southern Cross University and worked hard to gain her membership with the Institute of Chartered Accountants in Australia.

Yet nothing compared to writing. Quitting the rat race to spend quality time with her laptop named Lily, Jamie has written several novels and screenplays. Spanning a number of genres and mediums, Jamie writes whatever inspires her from ghost stories to teenage love stories to tantalising murder mysteries. Nothing is off limits. 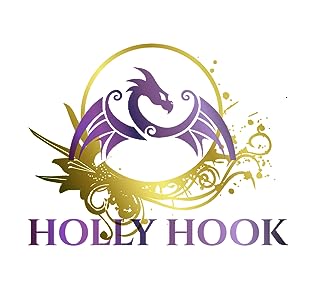 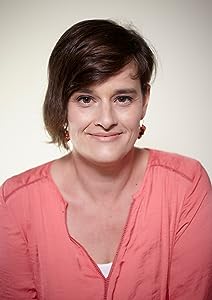 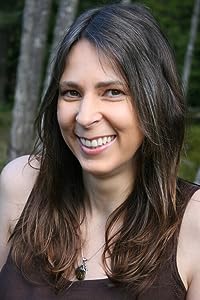 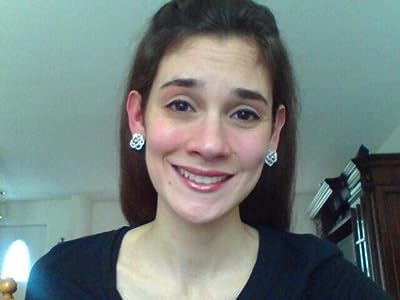 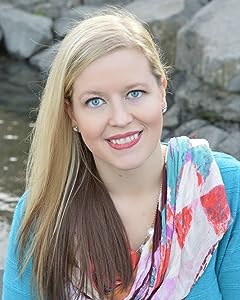 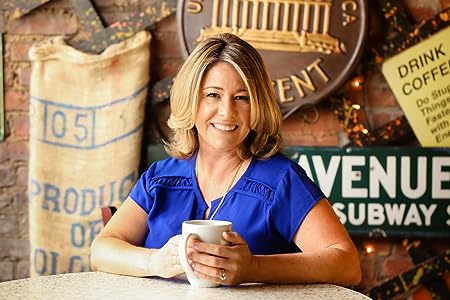 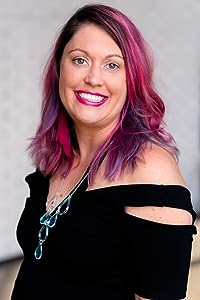 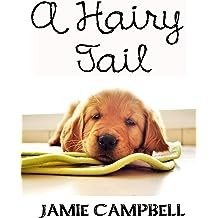 A Hairy Tail (The Hairy Tail Series Book 1) Mar 10, 2013
by Jamie Campbell
( 1,696 )
$0.00
Hannah needed a project to get her through the long summer. Signing up at the local animal shelter, she finds exactly what she needs in the sad, lost dog Basil.

She sets her sights on finding his owner, promising him he would be reunited with his family. What she didn’t anticipate was being distracted by her gorgeous co-volunteer, Harry.

Overcoming her inner shyness, Hannah needs to reel in Harry the hottie, find Basil’s owner, and try to be a normal teenager for her mother. And do all this before the summer ends.

Love, paws, and fur balls abound in this fun short story that is bound to make your tail wag.

Also in this Series: 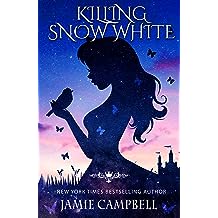 The queen has been portrayed as evil for too long. Now it is time for her to tell her side of the story.

The queen once had everything – a loving husband, a ready-made family, and the respect of everyone in the kingdom. Until the day the king died.

As Snow White tries to do everything in her power to hate her step-mother, the evil queen only has love for her. She has always wanted a daughter and was hoping their relationship could be salvaged.

Taken to the woods for her own sanity, Snow White does not hesitate in plotting against the evil queen to take her down.

While trying to continue her husband’s legacy, the queen will do everything in her power to act in the best interests of the kingdom. Even if that means killing Snow White.

Revisit the charming tale of Snow White as told from the perspective of the Evil Queen who allegedly poisoned her. 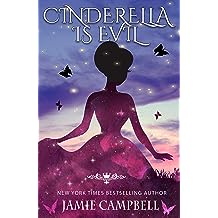 Ugly Stepsister Anna has wrongly been accused of being mean and evil. Now it is time she got the opportunity to tell her side of the story.

With Cinderella so perfect and wonderful, it is no wonder Anna feels ugly in comparison. Dealing with bullies, a grumpy mother and the death of her step-father, Anna is at her wits end.

When the Prince’s ball approaches, Anna is told she must find a husband to save the family fortune. Attending with her sisters, the sulky Prince Charming only has eyes for Cinderella.

With the burden of being the only one to unite her step-sister with the Prince, will Anna act as cupid? Or will she protect Cinderella from the arrogant Charming?

A charming twist to the story of Cinderella, told completely from the point of view of the Ugly Step-Sister. 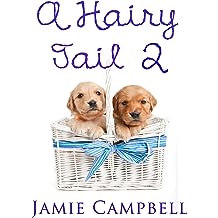 Hannah and Harry continue their summer working at the animal shelter. With dozens of kittens needing homes, they certainly have their work cut out for them.

When a series of dogs are reported missing, Hannah worries that there might be more to their disappearances than meets the eye. She starts investigating, trying to get to the bottom of it.

Dealing with her first official date with Harry, too many kittens to handle, and a mother intent on sending her crazy, Hannah has her hands full.

In the second instalment of the Hairy Tail series, find out how Hannah is spending her summer. A fun tale that will have you begging and rolling over for more.
Read more 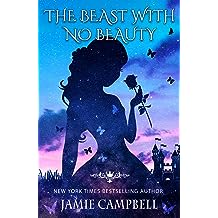 Cursed by a wicked witch, the Handsome Prince is transformed into a Beast. To break the curse, he must have someone fall in love with him.

Belle, the ordinary girl from the village, stumbles across the poor beast and is captured in his castle.

Can the prince make Belle fall in love with him to break the curse? Or will she see through his beastly exterior to the ugly prince inside?

A charming twist to the story of Beauty and the Beast, told completely from the point of view of the beast himself. 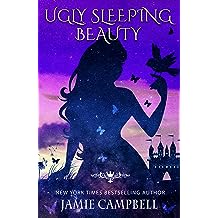 
History is told from one person's perspective. Sometimes they don't get it right.

The Wicked Fairy has been wrongly accused of cursing Sleeping Beauty with a fate that would take her life if she pricked her finger on a spinning wheel.

But you haven't been told the full story. The Wicked Fairy is only doing what she believes is in the best interests of the kingdom.

Now, with Sleeping Beauty coming of age, the fairy has to do something in order to stop her destroying everything. All she needs to do is find the princess.

A charming twist to the story of Sleeping Beauty, told completely from the point of view of the Wicked Fairy.

The Beast with no Beauty
Fairy Tales Retold
Read more
Other Formats: Paperback 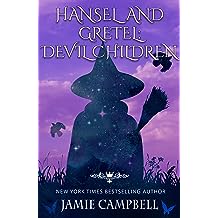 Hansel and Gretel: Devil Children (The Fairy Tales Retold Series Book 7) Oct 18, 2018
by Jamie Campbell
( 17 )
$1.99
Please note: This is a novella. Shorter fiction is a fun and quick read, not a full length novel.

Imagine marrying the man of your dreams, living in a cute little cabin in the woods, and your stepchildren trying to kill you.

Confronted by the evil children, an innocent stepmother tries desperately to show her husband his kids’ true nature. When he doesn’t believe her, she must take matters into her own hands.

Can she defeat the evil children, or will the stepmother be the one thrust into a burning hot oven at the end of the day?

A wicked twist to the story of Hansel and Gretel, told completely from the point of view of the stepmother. 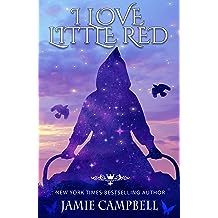 Sweet Little Red Riding Hood always visits her grandmother to bring her muffins and cheer her up. Once a week she travels deep into the heart of the woods to make the journey.

And she’s being watched.

Will the Woodcutter lives for the days he sees Little Red. He longs for her to notice him. When a plan forms in his mind, he wonders if he’ll be able to pull it off. Just maybe, with the wolf’s help, he might.

The big bad wolf has been accused of eating Grandmother and Little Red for too long. See exactly how he was framed for the awful crimes.

A charming twist to the story of Little Red Riding Hood, told completely from the point of view of the Woodcutter who saved the day. 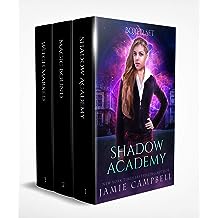 All supernatural creatures don't have a choice--we must attend Shadow Academy. Unfortunately, we're also supposed to have magical powers. Which I don't.

My existence at the Academy hinges on staying undetected, even once they start picking us non-magicals off one by one.

It seems like everyone is watching me and it won’t take a genius to work out I’m powerless. I can’t trust anyone. Not the infuriating gorgeous warlock or the awesome werewolf who has been so nice to me.

To make matters worse, I think the supernatural council is hiding things from us. Information that could open up a whole new world of possibilities, especially for me.

I have to blend in if I hope to survive Shadow Academy. Pity I’ve never been good at fitting in.

Included in this Boxed Set are all 3 books in the Shadow Academy Series. This includes Shadow Academy, Magic Bound, and Witch marked. Save money by purchasing all together.
Read more 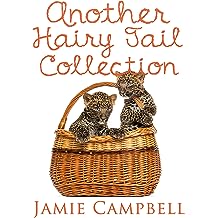 Another Hairy Tail Collection (The Hairy Tail Book 10) Dec 18, 2016
by Jamie Campbell
( 10 )
$5.99
Three years after volunteering at the local animal shelter, eighteen year old Hannah is ready to embark on another summer of fun and chaos with the animals at the Mapleton Regional Zoo.

Being hired as an intern, she is guided by the witty and talented Logan Barry. He teaches her what it is like to be a vet and makes her dream of caring for animals that much more real.

When she realizes Harry the Hottie is also an intern at the zoo, Hannah is forced to relive that summer they spent together. Who will win her heart? Logan, Harry, or neither?

Roars, paws, and animals galore abound in this fun set of four new stories that will bring out your inner lion. 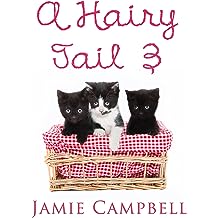 In the third installment of the Hairy Tails series, the Mapleton Animal Shelter is under threat of closure. Needing some serious cash, they must set their sights on fundraising.

Joined at the shelter by new volunteer Jessie, who has eyes for Harry, Hannah is plunged into a crazy world of jealously. She either has to fight for her beau or let Jessie win. And Hannah hates losing.

Fighting for the future of the rescue animals, Hannah is challenged in ways she could never have planned for. Can they keep the shelter open? Or will she lose everything, including her first love?

A moving tale that will have your ears pricked up and belly scratching until the end.
Read more 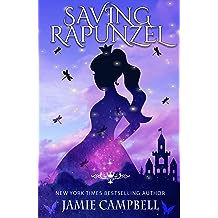 The witch of the tower has been portrayed as being mean and evil spirited for too long. Now it is time for her to tell her side of the story.

While Rapunzel laments her imprisonment in a tower, the witch Thalia tries to convince her it’s for her own good. Afraid to go outside, Thalia fears the knights are coming to harm them.

When a persistent man continues to speak to Rapunzel, Thalia knows she must do something to stop him getting to her. With her hair growing longer, it will only be a matter of time before he can reach her.

Vowing to keep a promise she made sixteen years earlier, Thalia makes a decision that could ruin the kingdom forever.

Revisit the charming tale of Rapunzel as told from the perspective of the witch who kept her captive.