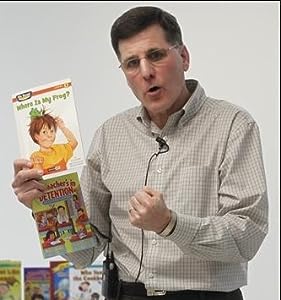 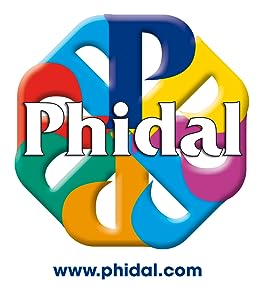 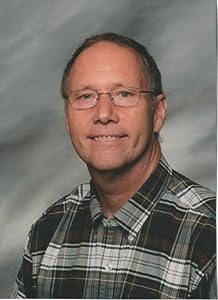 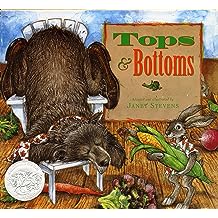 Tops & Bottoms (Caldecott Honor Book) Mar 29, 1995
by Janet Stevens
( 582 )
$12.99
Hare solves his family’s problems by tricking rich and lazy Bear in this funny, energetic version of an old slave story. With roots in American slave tales, Tops & Bottoms celebrates the trickster tradition of using one’s wits to overcome hardship. “As usual, Stevens’ animal characters, bold and colorful, are delightful. . . . It’s all wonderful fun, and the book opens, fittingly, from top to bottom instead of from side to side, making it perfect for story-time sharing.”--Booklist 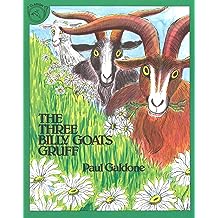 The Three Billy Goats Gruff (Paul Galdone Classics) Jun 1, 2009
by Paul Galdone
( 842 )
$4.99
No one draws trolls better than the Caldecott Honor artist Paul Galdone, and this beloved read-aloud classic about the three brother billy goats who dare to cross the hideous troll’s bridge to get to the sweet grass on the other side has never been more dramatic. Galdone’s full-color, pen and ink wash illustrations are wild and woolly. The artist uses thin, multicolored lines to great effect, especially with the troll’s hair. Bold perspectives, such as one view of the goat from under the bridge, add suspense and drama to an age-old favorite.
Read more
Other Formats: Audible Audiobook , Hardcover , Paperback , Mass Market Paperback 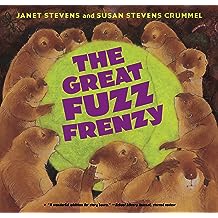 The Great Fuzz Frenzy Sep 1, 2005
by Susan Stevens Crummel , Janet Stevens
( 204 )
$1.99
Deep, deep down in their underground town, the prairie dogs live in harmony--until a mysterious, fluorescent, very fuzzy thing (otherwise known as a tennis ball) rolls down their hole. When the prairie dogs discover that they can pluck and pull the fuzz into fabulous fashions, their fear quickly turns to curiosity, then delight, then pure greed.

The frenzy that erupts threatens to tear apart the prairie-dog town forever. But when mean ol' Big Bark is kidnapped after taking all the fuzz for himself, the prairie dogs come to the rescue and remember the true meaning of community. 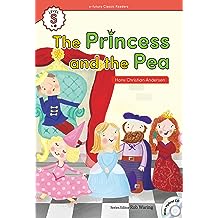 The Princess and the Pea (Starter Book 1) Sep 19, 2017
by Hans Christian Andersen , Rob Waring
( 90 )
$2.95
A prince is looking for a princess. A cold and wet girl
comes one night. Is this the princess he is looking for?
Read more
Other Formats: Audible Audiobook , School & Library Binding , Paperback , Audio CD , Board book 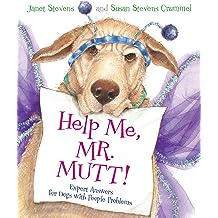 Help Me, Mr. Mutt!: Expert Answers for Dogs with People Problems Apr 1, 2008
by Susan Stevens Crummel , Janet Stevens
( 110 )
$5.99
Responding to disgruntled dogs nationwide, Mr. Mutt, Canine Counselor, has solutions to the most sticky dilemmas. But Mr. Mutt has his own problem to solve: the cat (aka The Queen), who has her own idea of who’s in charge. Now Mr. Mutt is the one who needs help--quick!          Through letters and newspaper clippings--and with plenty of their trademark humor--Janet Stevens and Susan Stevens Crummel give voice to despairing dogs everywhere.
Read more
Other Formats: Hardcover , Paperback 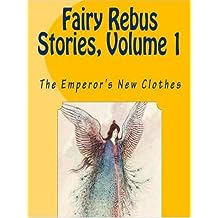 Two sounds in the same word are joined by a plus sign "+". As in, for example, "B+4" for before. With a minus sign "-" take out the sound of the picture or letter.

Two or three pictures in a row stand for the plural of that word. Lowercase letters use a sound other than the way they are pronounced in the alphabet.

Consult the glossary if you need help; the answer if completely stuck. 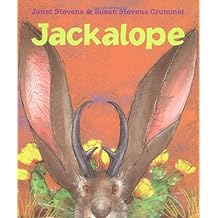 Jackalope Apr 1, 2003
by Susan Stevens Crummel , Janet Stevens
( 58 )
$7.99
Never seen a jackalope? Not even sure what one is? Well, you've come to the right place. You'll get the whole wild story right here in this book.
You see, the jackalope didn't start out with horns. First he was a plain old hare. You know, a jackrabbit. The horns came later, along with a corny fairy godrabbit and a cranky coyote. And the trouble those horns brought--hoooo-wee!
With a gut-busting brew of sassy storytelling and outrageous art, Janet Stevens and Susan Stevens Crummel finally give the jackalope his due. After all, he's long been part of American legend--isn't it time to tell the real story? 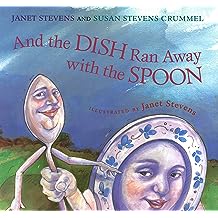 And the Dish Ran Away with the Spoon May 1, 2001
by Janet Stevens , Susan Stevens Crummel
( 109 )
$12.99
Every night the rhyme gets read. Every night Dish and Spoon run away. And every night they return--until tonight!
Where can Dish and Spoon be? The rhyme can't go on without them, so Cat, Cow, and Dog set out to search for their missing friends. But where to start? Should they go north? East? Northeast? They'll just have to read Fork's map, ask directions, and try not to get lost in Little Boy Blue's haystack or under Miss Muffet's tuffet or in Big Bad Wolf's kitchen--"FEE, FI, FO . . ." Oh no. Could that be the giant? 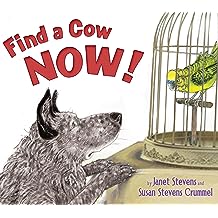 Find a Cow Now! Sep 20, 2012
by Janet Stevens , Susan Stevens Crummel
( 32 )
$6.99
Ruff! Ruff! Yip! Yip! Dog is rounding up whatever he can find in his urban apartment, even chairs. He is also driving his bird companion crazy with the commotion. Bird sends him to the countryside to find something more appropriate to herd, such as a cow. but since Dog has never seen a cow, he finds all the wrong animals. After being pecked by a chicken, spattered with mud by a pig, and walloped by a donkey, Dog needs a friend. By chance a mysterious and kindly animal helps lead him back to the city, only to cause chaos there, before revealing her identity -- as a cow!
Read more
Other Formats: Hardcover , Paperback 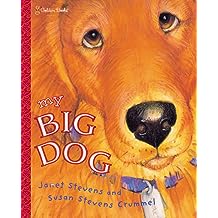