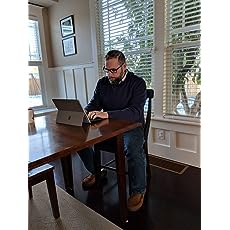 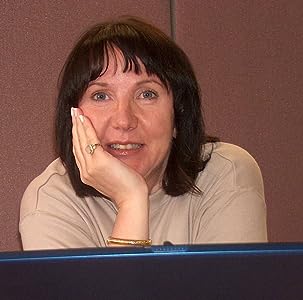 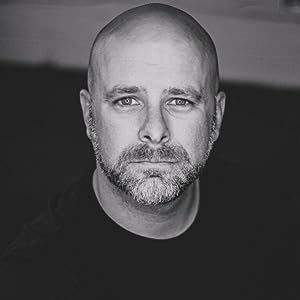 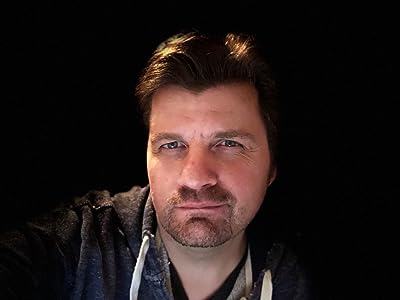 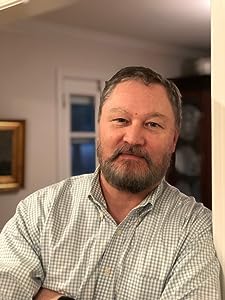 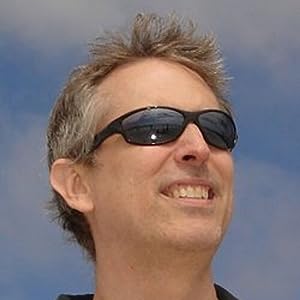 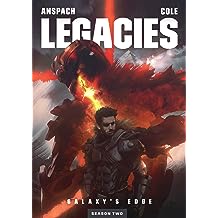 Galaxy's Edge returns with an all-new adrenaline-fueled season of the military sci-fi series!


With his duty to the Legion satisfied, Wraith sets out to find a lost member of his crew—the young girl, Prisma. But not only does the journey bring with it more death and destruction—and loss—than he ever imagined, it revives the shadows of a forgotten past… and the only way forward is to follow the footsteps of the legendary Tyrus Rechs.


Meanwhile, as the galaxy struggles to steady itself following the fall of a corrupt and bloated Republic, dangerous threats vie for power. These enemies include both the exceedingly modern and the impossibly ancient, awakening at long last to emerge from the darkness between the stars. 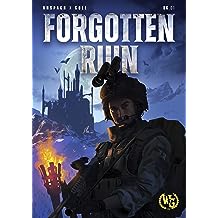 
Orcs. Trolls. Wraith riders. Dark wizards. Together, they form an unstoppable force. Or so they thought.


When a Joint Task Force of elite Rangers are transported to a strange and fantastic future where science and evolution have incarnated the evils of myth and legend, they find themselves surrounded, pinned down, and in a desperate fight for their very survival—against nightmares of flesh and blood made real. Which means only one thing.


It’s time to Ranger Up and stack bodies.


The forces of evil have no idea how dangerous a Ranger has been trained to be, and once the action starts, it won’t let up in this no-holds-barred, full-auto, epic battle for survival in the Forgotten Ruin.


From the creators of Galaxy's Edge...


Buy in, and jock up for this thrilling WarGate adventure. A battle unlike any other is calling. 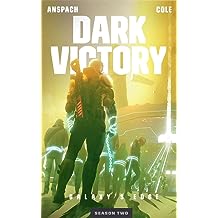 Galaxy’s Edge Season Two continues as a divided galaxy is navigated by heroes forced to chart their own dangerous courses.

Wraith, seeking to acquire intel on the mysterious Kill Team Ice, finds himself teamed up with an unlikely Nether Ops ally. Zora and Garret, in pursuit of a lost friend, will have their loyalty to Captain Keel tested. And the strain on Nilo and Black Leaf continues to grow, with unexpected intensity.

For all of them, the path forward is a crooked one, weaving through House of Reason loyalists, Bronze Guild bounty hunters, brutal slavers, Legion operators, and the mysteries now emerging from the empty and foreboding space beyond galaxy’s edge. And each step along that path only seems to reveal a new, darker truth about what’s coming for them.

But one thing is increasingly certain. War is brewing. 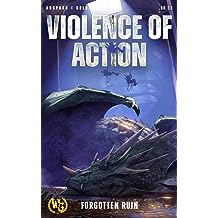 Speed, surprise, and aggression... Hit on Jackpot is go.

The scourge of the Savage Lands, an ancient dragon allied to a gathering storm of dark forces threatening the world of Ruin, becomes the next target of the most fearsome shock troops ever conceived, prepared, and trained for total war: U.S. Army Rangers.

Deep beneath a once-fantastic ruined empire, a creature more terrible, diabolical, and malevolent than any myth ever told lies atop a vast horde of wondrous treasure and deadly magic, dreaming dreams of greed and terror. The Rangers of the Ruin will thread the dangerous trap-laden depths of a deadly desolation sinking into a foul swamp in order to get their hit on the ancient prize.

It’s Rangers vs. Dragon as the saga of Forgotten Ruin continues! 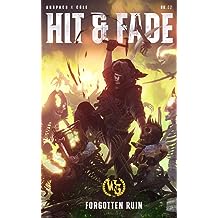 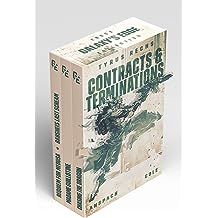 Contracts & Terminations Complete Series Boxed Set (Tyrus Rechs: Contracts & Terminations) Apr 13, 2021
by Jason Anspach, Nick Cole
( 41 )
$9.99
Hunted by a corrupt and bloated government, a heroic Savage Wars general is forced to begin a new life as bounty hunter Tyrus Rechs. Now, guided strictly by his own warrior code, he stalks the scum who make their living through pain and evil out at galaxy's edge.

Yet even as he tracks his prey, Rechs must stay one step ahead of the shadowy kill teams and the reward-seeking assassins seeking to slay a legend. Each new contract he takes on could lead him to untold riches… or to the ambush meant to finally put him down.

But when Tyrus Rechs takes a job... he finishes it.

Experience this exciting new series from Dragon Award winning Authors Jason Anspach & Nick Cole. If you're a fan of The Mandalorian, Galaxy's Edge, or The Punisher, you'll love this science fiction thrill ride. 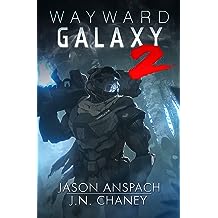 Wayward Galaxy 2 is the explosive sequel to the blockbuster first book that had science fiction listeners and readers alike calling for more. Don’t miss this next installment featuring the gritty combat of Galaxy’s Edge combined with the world building intrigue of the Renegade Star series and performed by the award winning R.C. Bray.
Read more
Other Formats: Audible Audiobook 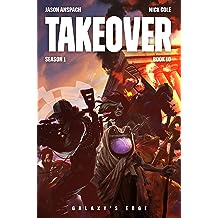 Every disaster brings an opportunity.

Goth Sullus and his empire have fallen.

With the Legion and the rest of the galaxy watching from the still-smoldering galactic core, Carter, a former legionnaire turned private contractor, and Jack Bowie, a Navy spy with nowhere left to turn, sign up to work for an enterprising private contractor looking to make a statement on the planet Kublar.

Plans are in motion dating back to the Savage Wars, and as the galaxy rushes to fill in the vacuum created by the fall of the Imperial Republic, the bodies are hitting the floor.

But every plan has a reckoning…

Takeover is the thrilling aftermath of the final, desperate execution of Article Nineteen and the looming rebirth of the Legion and the galaxy itself as the road to Galaxy’s Edge: Season Two begins! 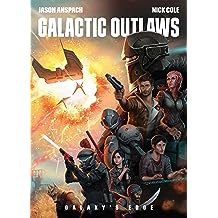 A threat looms at the edge of the galaxy…

Years have passed since the battle of Kublar, and Wraith is in deep cover for Legion Dark Ops, living a second life on the edge as an irreverent smuggler and bounty hunter under the alias of Captain Keel. As he fights off pirates and double-crossing rebels, Keel comes to realize that the old lines between right and wrong have blurred as the Legion sinks further under the corrupting influence of the House of Reason and its points.

When a lucrative night market contract is offered directly to Wraith to hunt down an enigmatic warlord, the former legionnaire winds up on a galactic-wide search that brings him face to face with the galaxy’s most notorious bounty hunter, a living legend known as Tyrus Rechs. The pair soon discover that the man they both hunt is more powerful than either imagined… and is poised to overthrow the Republic.

With a cloud of darkness growing and a planet pitched in war, Wraith must choose whether his true allegiances lie with himself… or with his brothers still in the Legion.

Military sci-fi meets space opera in this world-spanning adventure. Start reading now to see how expansive Galaxy’s Edge is with this brief interlude in the ongoing story of the legionnaires of Victory Company! 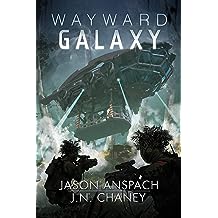 But when they emerge from the frigid embrace of cryosleep, they awake to a nightmare, finding themselves greeted by the same ruthless enemy that brought about the ruin of Earth. Alone on a dangerous, alien planet and with no hope of rescue or relief, the military colonists are forced to finish the war they thought they'd left behind.

And in an unknown galaxy, friends and enemies alike prove to be much more than they seem. 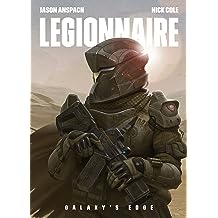 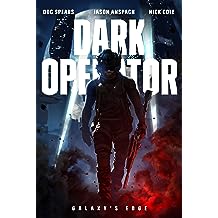 Legion Dark Ops has always been a unit shrouded in secrecy.

Tasked with performing covert missions, its kill teams are filled with the best warriors from within the ranks of the Legion.

Kel Turner is one of the youngest legionnaires ever to be selected to its ranks. After many battles and trials, he is faced with the greatest challenge of his life - operating by himself on a remote planet at the galaxy's edge, a foot soldier for the policies of the duplicitous House of Reason, tasked with solving a crisis that would take ten kill teams to resolve.

Diplomats, spies, shadowy terrorist groups, and an enigmatic general work with and against Kel as he fights to save a society from itself. What can one operator do alone, separated from his kill team, fighting a war that has no name?

This lone operator doesn't know what it will take to win. He only knows he's not going to lose.