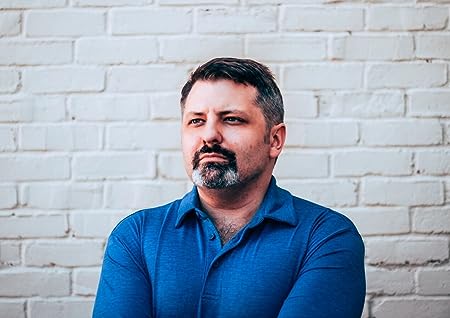 Jay is an author and host of his podcast, GeekOPedia. He's written comics as well as prose for Zenescope, MadCave, Blackbox Comics and others. Visit: JaySandlin.com for more 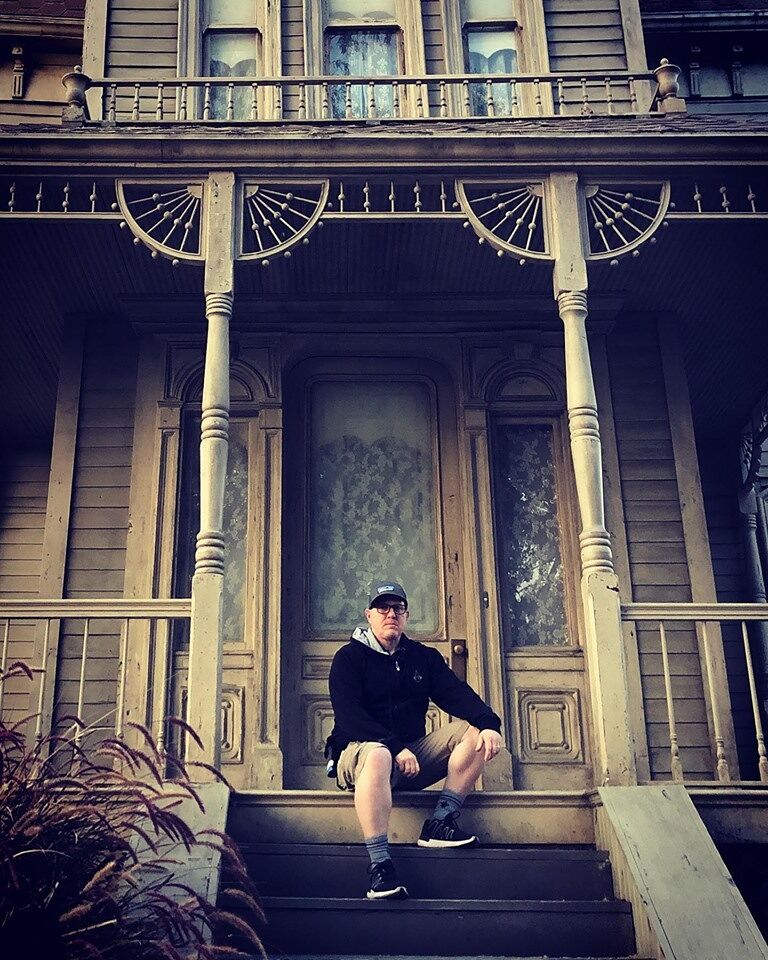 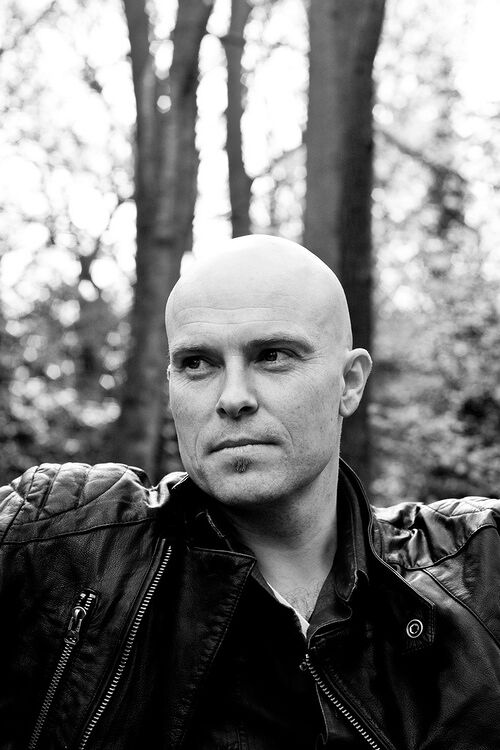 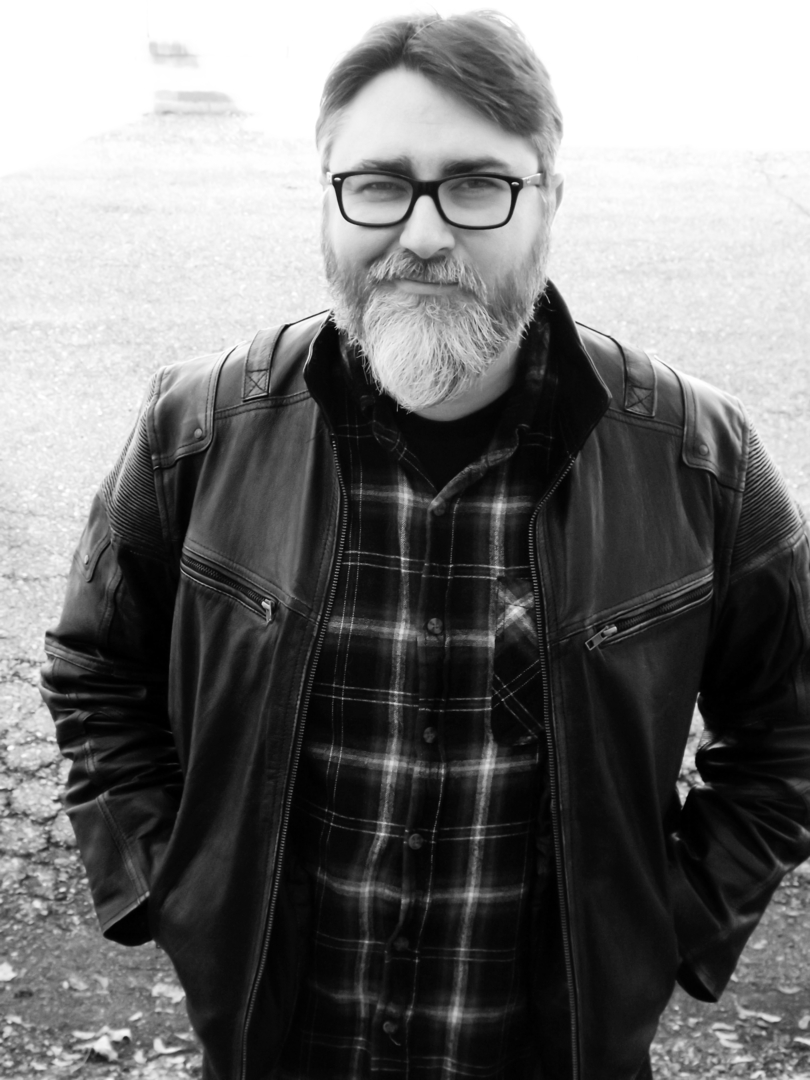 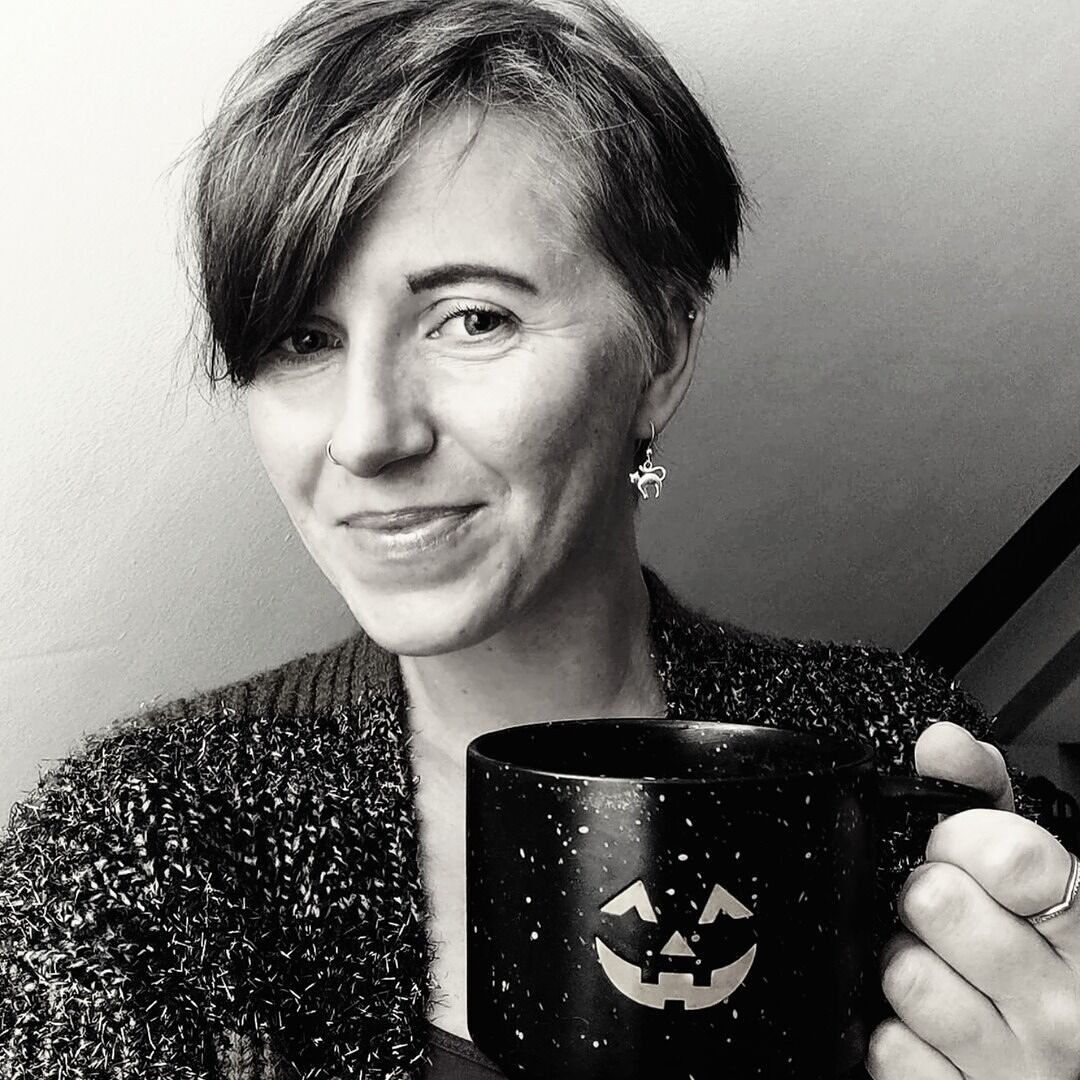 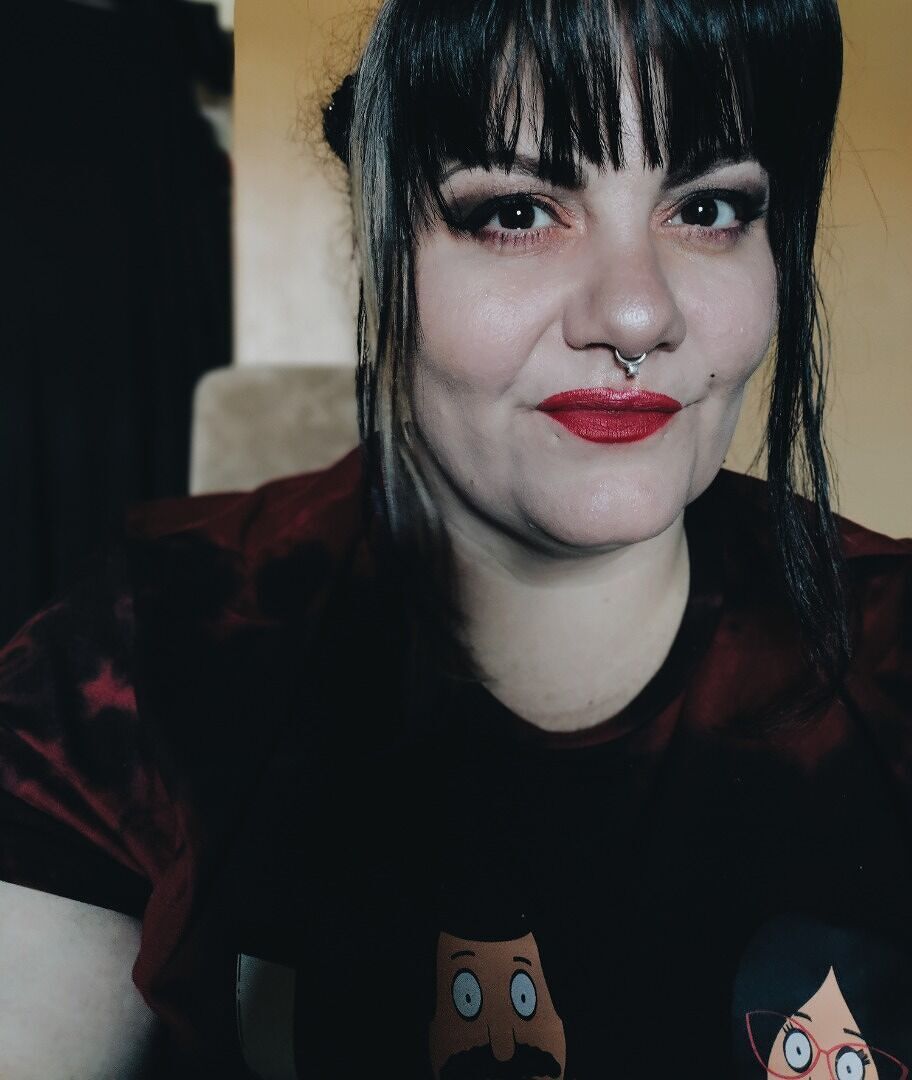 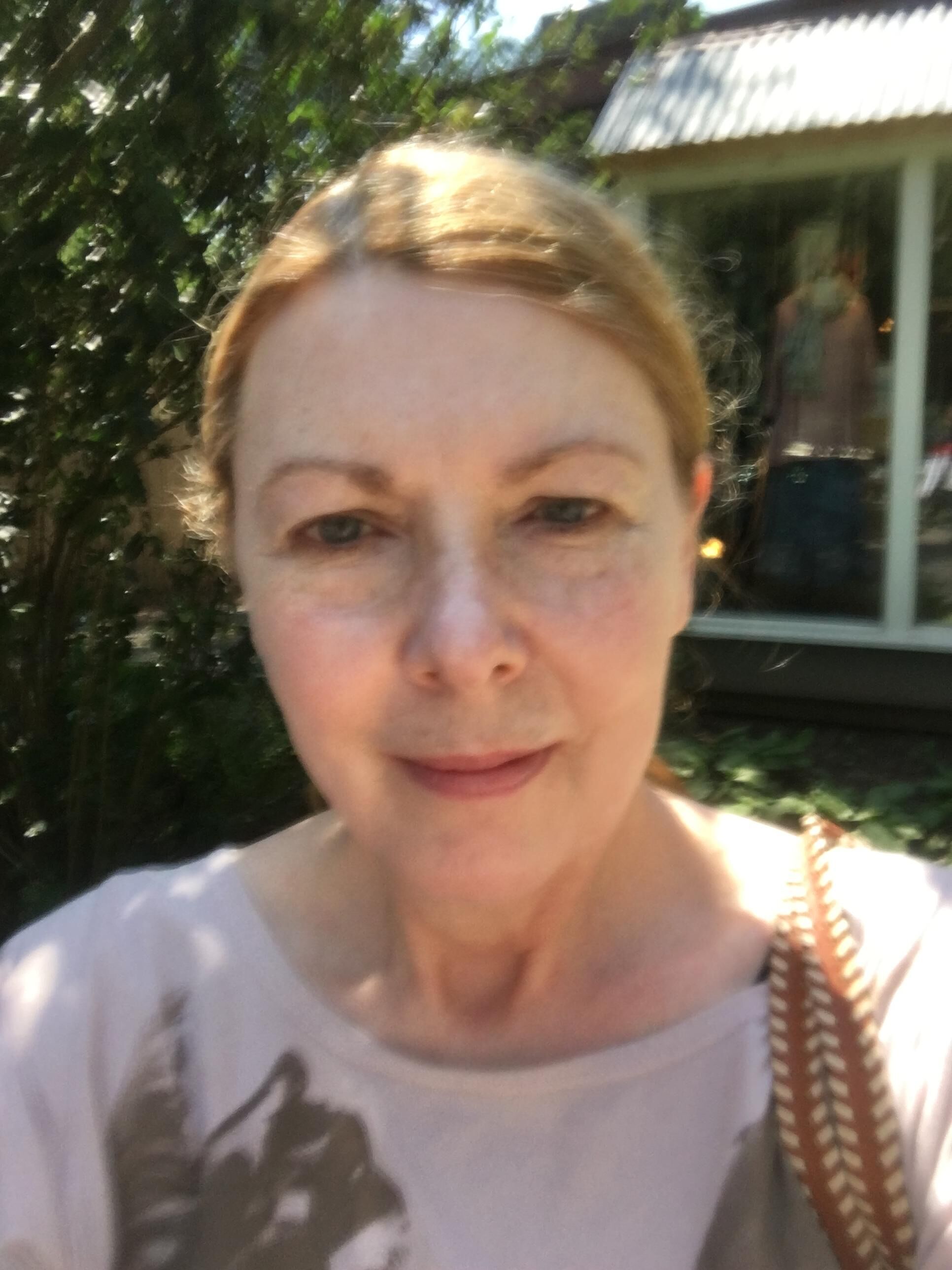 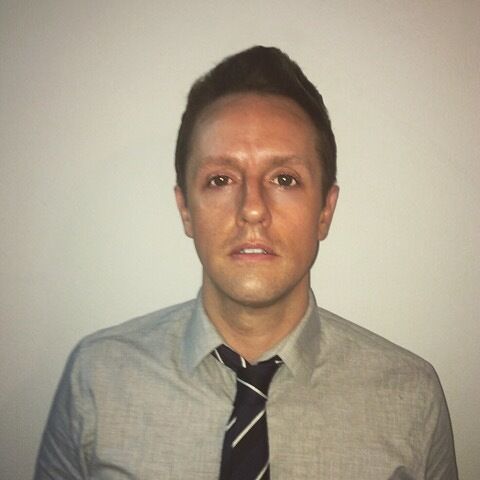 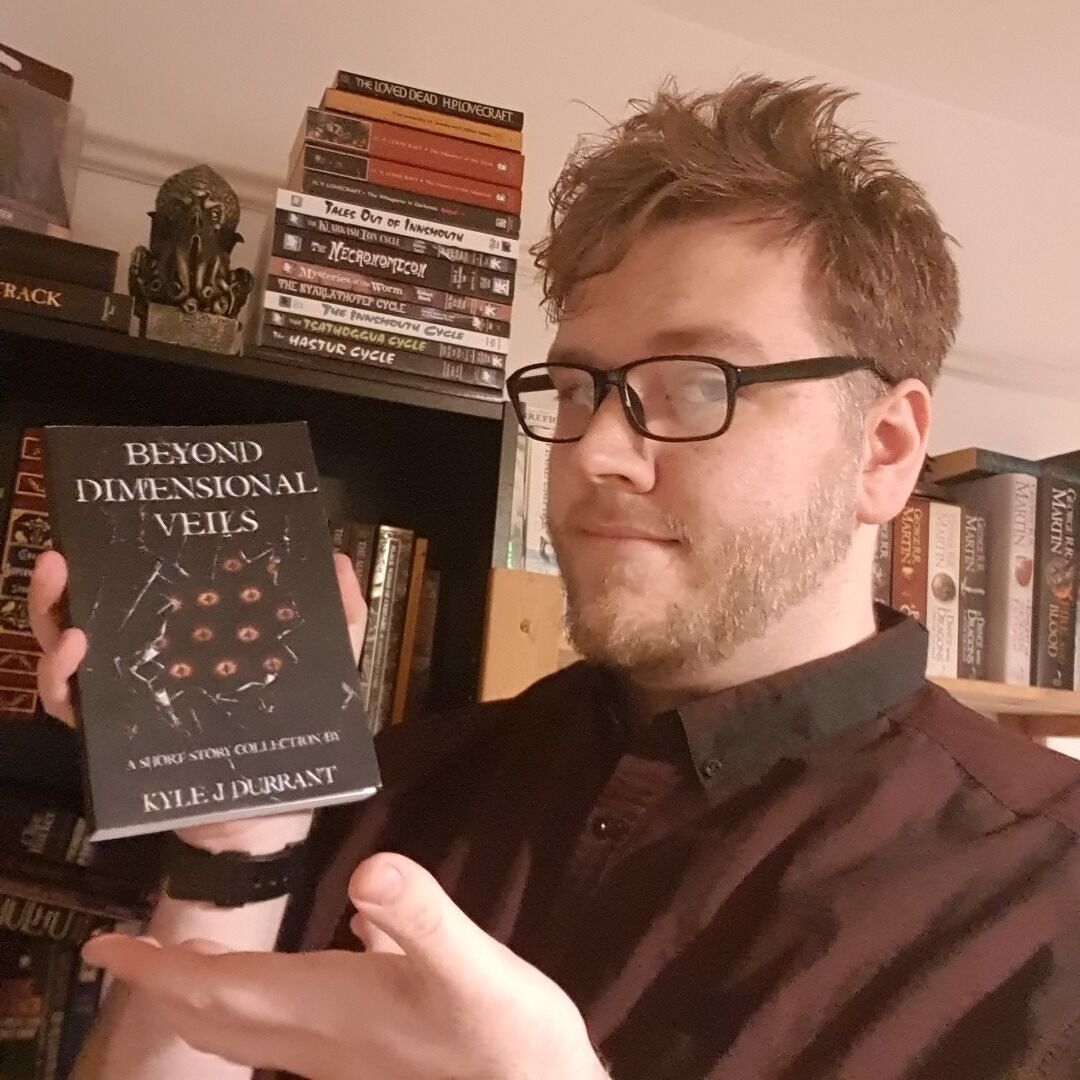 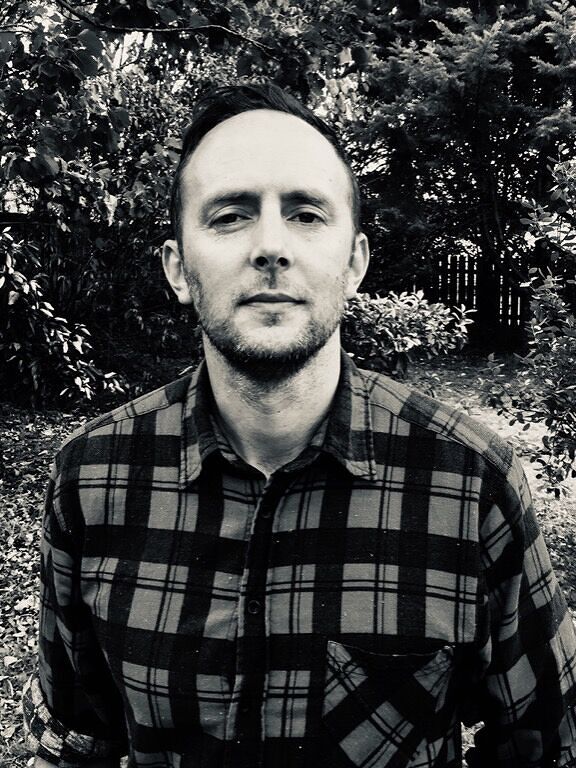 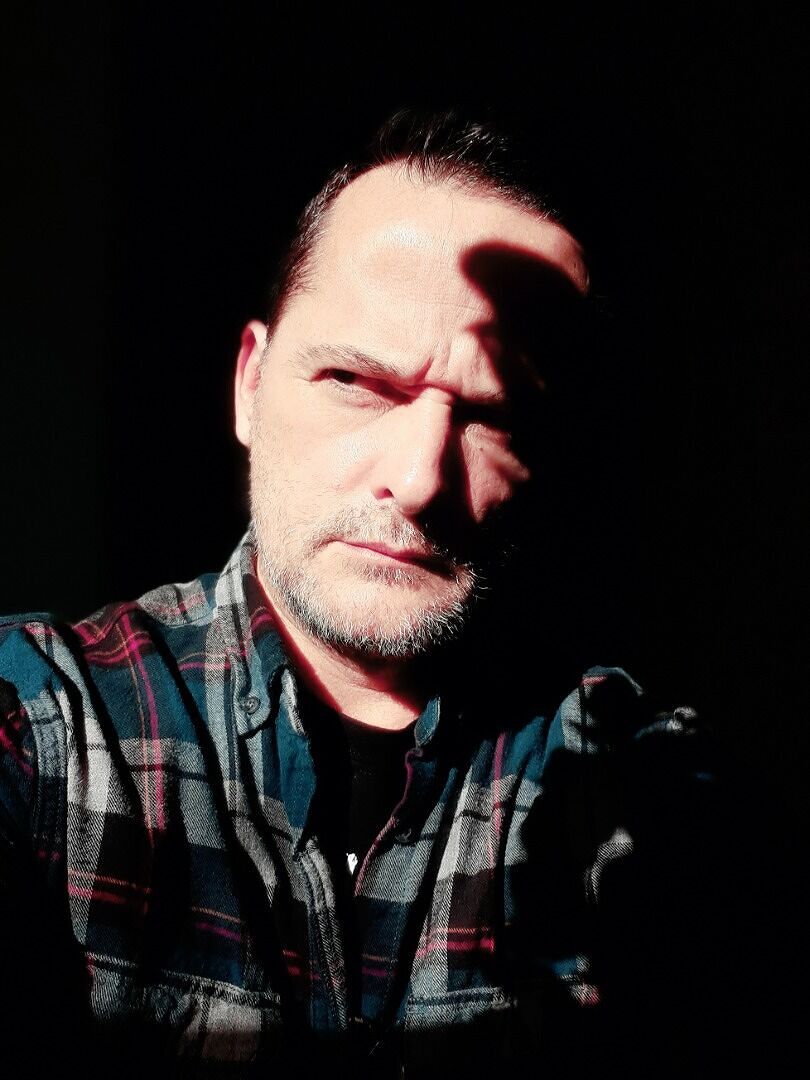 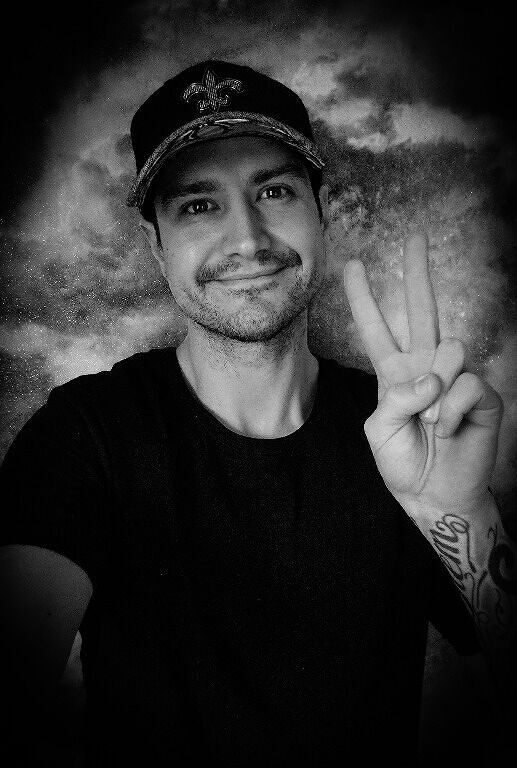 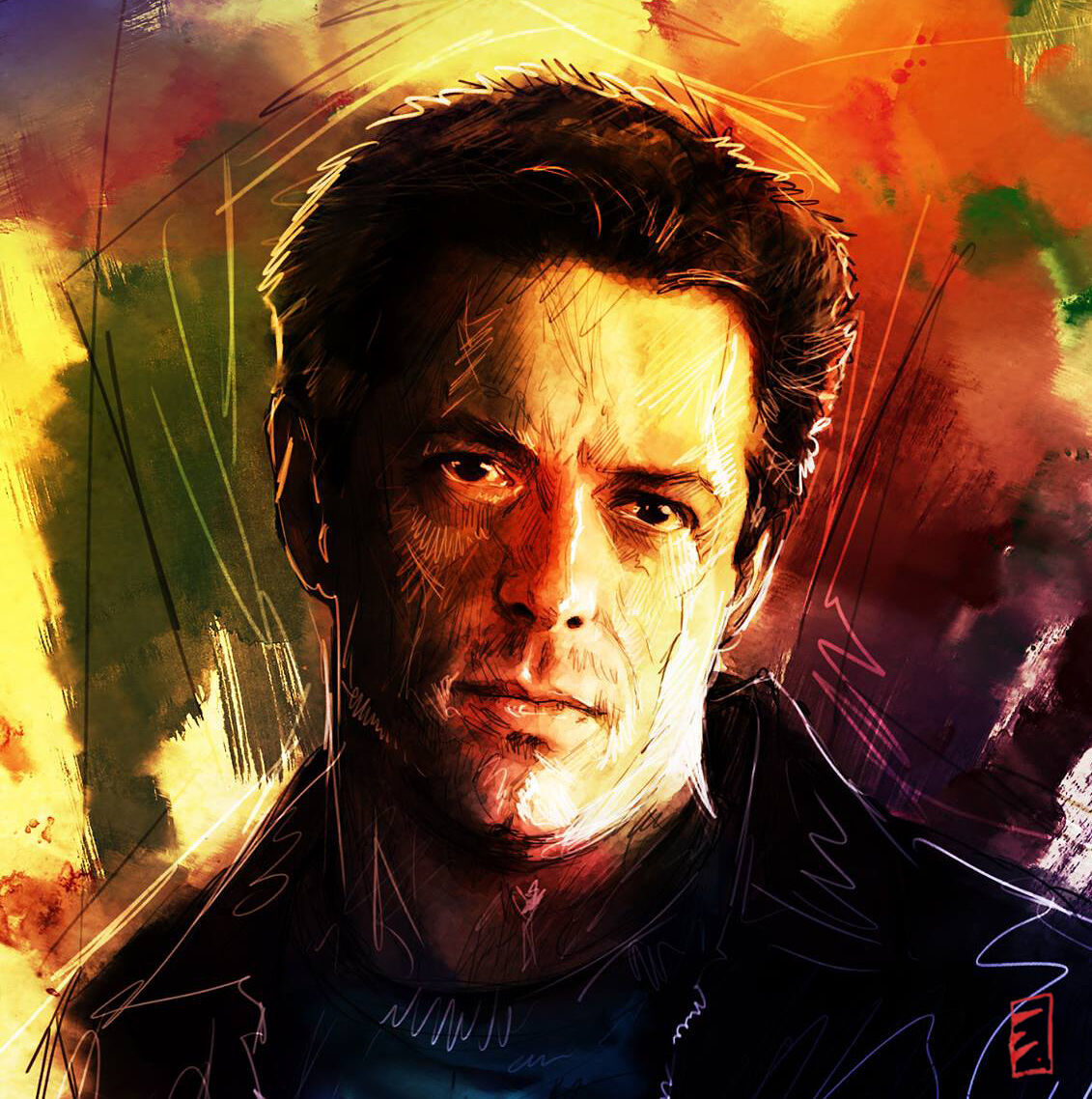 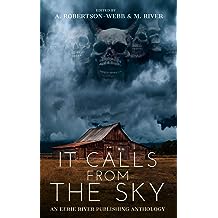 Ferocious storms, winged beasts and falling angels are just some of the dark tales locked within these pages. Discover a world where carnage falls from the sky, and delve into the frenzy of a world gone mad as Heaven opens and all Hell breaks loose.

Eerie River Publishing brings you another round of exceptional horror created by award-winning authors around the world. We dare you to take this journey with us and find out what madness awaits you!

And so many more. There is no end to the terrors we have in store and there is nowhere left to hide. Get comfy, this is going to be a wild ride.
Read more
Other Formats: Audible Audiobook , Hardcover , Paperback 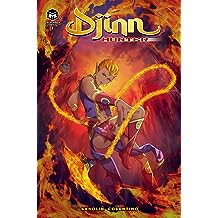 DJINN HUNTER #01 Dec 1, 2021
by Jay Sandlin, FABRIZIO CONSENTINO, dimitrios Zaharakis, CYNNA AEL
( 1 )
$3.99
The cosmos is in chaos! The elder council of Djinn must stop their rogue member, Abyss and his minions from granting wishes to mortals, resulting in untold horrors. Their only hope is Zara, the Djinn Hunter. Will she hunt down the mad Djinn or doom the realms to destruction?
Read more 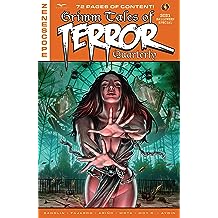 The Tales of Terror Halloween special returns for another year in this oversized Quarterly format!

With tons of blood-dripping pages of horror-filled story, join Keres, the goddess of death as she brings her own brand of justice this year to those attending a haunted theme park during the height of the horror season!

Don’t miss these three new tales sure to put you in the spooky mood, and bring terror to your lives just in time for Halloween!
Read more 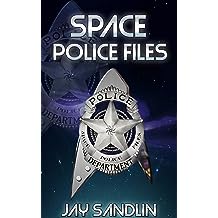 What sorcery are these blurbs that they would make you buy my adult oriented sci-fi anthology Space Police Files, five eyewitness accounts of crime in the effed up sectors of the Milky Way.

From exploding cloud virgins, rescuing bad kitties, and serial killer shape shifters, it's just another shift for the space police. Five short stories set in an interconnected galaxy with more twists and turns than the Kessel run and bigger shocks than the lightning storm that ate George Kirk.

The Case of the Exploding Vapor Virgin: A hostage negotiator’s first day on the job turns explosive when a cloud-like Kleudian takes out his anger at the galaxy on unsuspecting customers at the Centauri Credit Union.

The Case of the Dead Beat Cadet: A young space cadet gets more than he bargained for when he’s assigned to shadow a veteran on the largest space station in the quadrant. With a thriving drug trade running amuck on the station, will he rise to new heights or end up discarded feline vomit?

The Case of the Golem Gopher: A tattoo artist in the Chicago Undercity, Pipani Shariff had nothing to look forward to besides a short life trading services for food until a wealthy Uppercity family selects her for surrogacy. Pipani, however, soon discovers even the flying paradise has its demons.

The Case of the Duplicate Policy: Office Randy Goldman takes out extra insurance of the genetic variety- cloning himself to help with his caseload. Everything seems great, until his friends and family decide they prefer the clone to the original.

The Case of the Samhain Slasher: It’s All Hallow’s Eve on the darkest planet in the Milky Way with a shapeshifting killer on the loose. Detective Linh must use her empathic abilities to root out the killer before sunrise or else endless war stretches across the galaxy. 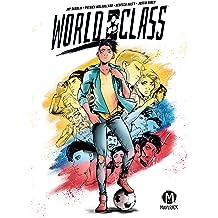 World Class Mar 30, 2022
by Jay Sandlin, Patrick Mulholland, Rebecca Nalty
$14.99
Football is a religion where Adrian “The Colombian Cannon” Molina comes from and with his wicked right leg, he has a clear shot to the promised land of the European Junior Leagues.

But when a football scout offers him a full scholarship to an elite prep school in London, the news seems too good to be true. His enrollment hits a snag upon meeting the team’s star striker, Titan Evans. Titan is everything Adrian is not; rich, powerful, connected, and with a hunger to dominate the school as well as the pitch. The constant fighting, teasing, and bullying, brings about crippling anxiety of losing his spot on the team. That’s until Luciano DeSilva takes him under his wing, and gives Adrian the confidence to be himself and value his position on the team.

From visionary writer and podcaster Jay Sandlin (Over the Ropes), illustrator Patrick Mulholland (Power Rangers), and superstar colorist Rebecca Nalty (GLOW) comes a foot- ball story, that blends the energy and heart of Shonen manga with a story about finding the right people in your life to not only make you a better player, but a better person. 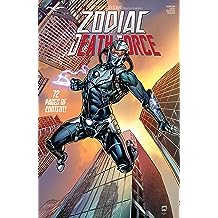 Grimm Universe Presents Quarterly: Zodiac vs Death Force Aug 18, 2021
by Jay Sandlin, Alessandro Uezu, Gabriel Rearte, Babisu Kourtis, Jorge Cortes
$6.99
Two of the Grimm Universes most dangerous antiheroes face each other for the first time ever in a life or death battle, neither knowing they are just pawns in a bigger game. Who is the puppet master behind the scenes pulling their strings?

Find out in this special, oversized one shot!
Read more 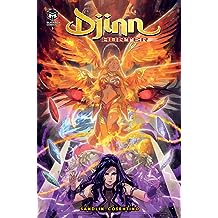 Djinn Hunter #5 Nov 19, 2021
by Jay Sandlin, Jay Sandlin, Fabrizio Cosentino
( 3 )
$3.99
Zara and her allies launch their last stand against Abyss. Endowed with god-like powers, the ex-Elder Djinn will stop at nothing to complete his absolute rule over the realms. How can the Djinn Hunter stop a nearly omnipotent foe? What must she sacrifice to restore balance to the realms?
Read more 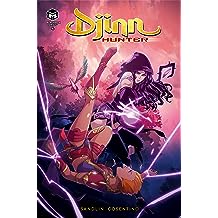 Djinn Hunter #04 Dec 1, 2021
by JAY SANDLIN, FABRIZIO CONSENTINO, DIMITRIOS ZAHARAKIS, CYNNA AEL
( 2 )
$3.99
Zara faces Abyss, learning quickly the Elder Djinn is far too powerful. Having no other alternative, Zara turns to the one person in the realms she hoped never to face again: the Sorceress Samira, her lost love. But after ghosting her centuries ago, will Samira be thrilled to see her ex again?
Read more 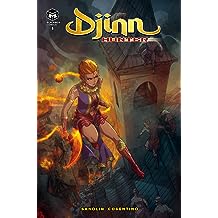 Djinn Hunter #03 Nov 30, 2021
by JAY SANDLIN, JAY Sandlin, FABRIZIO CONSENTINO, DIMITRIOS ZAHARAKIS, CYNNA AEL
( 2 )
$3.99
What happens when Zara and Bennu crash a wedding? A groom's wish to save his bride's life transforms a village of peaceful mortals into walking undead legions. Finding and trapping the rogue Djinn is only the beginning, as Abyss arrives for the reception.
Read more 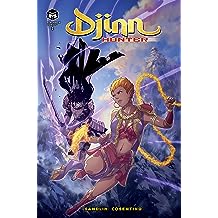 Djinn Hunter #02 Nov 30, 2021
by JAY SANDLIN, FABRIZIO CONSENTINO, DIMITRIOS ZAHARAKIS, CYNNA AEL
( 1 )
$3.99
After stopping the demon possessed serial kidnapper, Devlynn defeats the Horseman of War, wounding the Horseman and burying him alive. Devlynn arrives in a new town where she tries to stop a waitress and her demon succubus from devouring everyone.
Read more 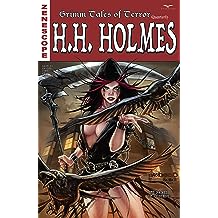 Tales of Terror Quarterly: HH Holmes Apr 7, 2021
by Jay Sandlin, Various
( 2 )
$6.99
With nine confirmed and 200 suspected souls on his hands, HH Holmes is one of the most notorious serial killers of all time. It has been over 100 years and his name is still synonymous with murder and torture.

But now over a century later in the city of Chicago bodies are showing up, and the way they are being found is way too familiar to those who know the history of this city. Is there a copycat loose showing their idolization for the famed killer or is there something more sinister happening here?
Read more 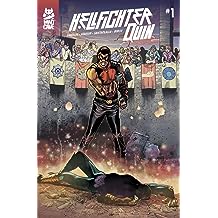 Hellfighter Quin #1 Mar 4, 2020
by Jay Sandlin, Atagun Ilhan, Maria Santaolalla
$3.99
Quinlan Jones, AKA the Hellfighter, thought he'd hung up his mask for good. That all changed when Harlem's own vigilante is forced into a tournament controlled by hidden clans to gain control over the Azure Sun; a mystical stone that provides abilities to those who come into contact with it. Here, Quin will fight for his life in a series of brutal contests against assassins, cyborgs, and other beings of unimaginable power. Alliances are formed and bones will be broken, but no matter what happens, only one may claim the Azure Sun!