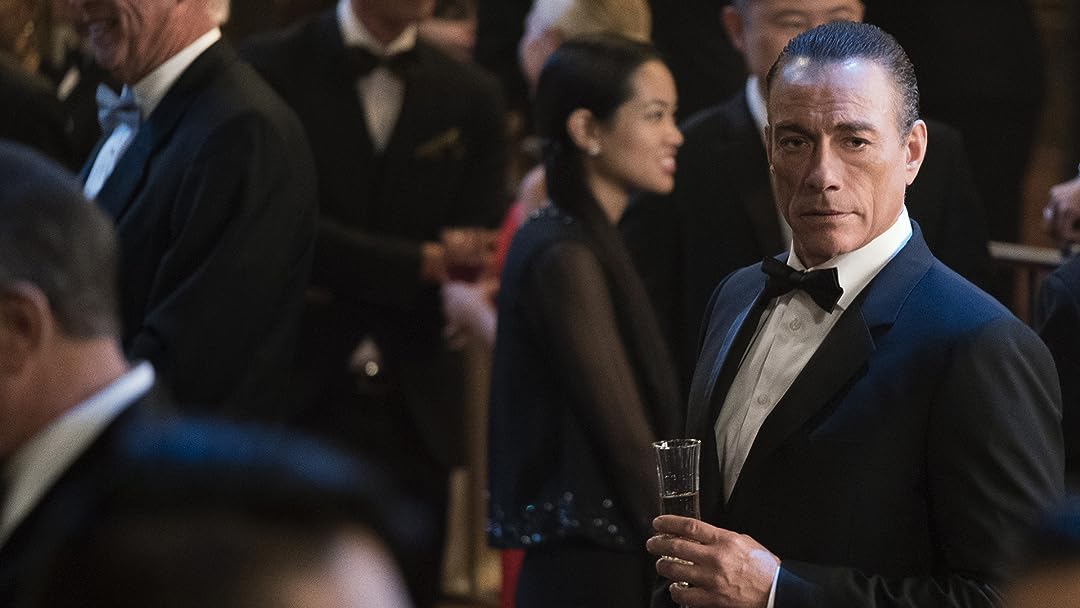 BRIANReviewed in the United States on August 19, 2016
5.0 out of 5 stars
IF we get No more VAN DAMME.....WE RIOT!!
Verified purchase
It is so clever. I so love unique tv and movies. I love that J.C. Is ok with making fun of his past. That's perfect comedy to me. The timecop and bloodsport references were so funny. I watched it while at burger king and people were staring because i was laughing so hard. PLEASE GREEN LIGHT MORE J.C.V.J.
915 people found this helpful

P.T.Reviewed in the United States on August 20, 2016
5.0 out of 5 stars
The Best Show I've Seen In Years - Hilarious, Heartfelt, Fast Moving, A Delight to Watch
Verified purchase
Fantastic show. It was well-acted and had a great script and story, that was irreverent without being obnoxious, and highlighted some 1980's type movies in a way that was kind. This entire show is a delight to watch. If you have not watched it, watch it. The only type of person who would give this a bad rating is someone who has bad taste and is a culture snob. This was a delightful surprise and Jean-Claude Van Damme has some serious acting skills. Bravo!
301 people found this helpful

Brandon SMithReviewed in the United States on August 20, 2016
5.0 out of 5 stars
So Fun It Could Be As Instantly Classic As The Evil Dead Television Series
Verified purchase
This is probably the most clever writing I've seen in a pilot in a LONG time. The screenplay was clearly written with some love and Jean-Claude was a perfect fit for this brand of comedy action. The truth is, the 80's and 90's were filled with cheese as far as cinema goes, but they were FUN, and, they wore their testosterone proudly. We need more of this right now. I grew up with those movies, and I have to say today's entertainment just doesn't have that element of fun anymore. Either you have to be brooding and ugly, or you have to be insanely politically correct. That kind of storytelling is boring audiences to tears. We long for something different.

Comic book films and TV shows dominate, but a lot of originality as been sacrificed in the process. This show felt original and alive; as if, god forbid, the makers of the show actually enjoyed making it. I seriously hope that Amazon continues backing this series because if they can keep producing it with the same level of sincere comedy and imagination in every episode, I think they could have something as good as the Evil Dead television series on their hands. If they are smart, they will hold onto this show for dear life.

Jeffrey D. LaneReviewed in the United States on September 2, 2016
5.0 out of 5 stars
Surprisingly fun to watch, much better than I had hoped it would be.
Verified purchase
I wasn't quite sure what to expect, but the previews I'd seen were interesting. Finally getting to watch the pilot episode, I was pleasantly surprised.

JCVD hasn't had a really good role in quite a while. Lately, it seems that the best work he's done is work poking fun at himself and the trope of 80's Action Hero (See his Split commercials). This is a great example of this. The pilot was pretty well done, though the dialog DID seem a bit too much 80s bad scripting in places. It was cheeky, and fun to watch, and doesn't take itself too seriously.

The various in-jokes at 80s and 90s action franchises are great for those of us who grew up watching the likes of Van Damme, Schwarzenegger, Norris, Willis et al. take on comic-esque baddies around the world.

The energy between the characters was not quite where I'd want it to be, it seemed a bit cold and awkward at times, but again, that's not too far from the action genre this show attempts to poke fun at.

So all in all, I really enjoyed this show. I do hope Amazon makes more episodes and gives JCVD at least one full season to redeem himself. My only fear is that it will fall into a sad formula relying on those in-jokes and easter eggs to get by, rather than creating something new and fresh while maintaining those nods to history to make us old people smile and giggle as we get the jokes younger watchers will miss.
26 people found this helpful

FranReviewed in the United States on August 19, 2016
5.0 out of 5 stars
I loved the first episode
Verified purchase
I loved the first episode. For some reason, Jean-Claude is at his best acting when he's self-depricating. It's great acting mixed with some hilarious moments and down to earth with him showing us his sensitive side, not to mention the great martial arts performance. It was very entertaining.
193 people found this helpful

cannonvisionReviewed in the United States on August 20, 2016
5.0 out of 5 stars
Brilliant show JCVD at his best and funniest
Verified purchase
Brilliant show JCVD at his best and funniest! <3 His love for his Dogs as shown by the photos of them is so on point and true. His sense of Humor is funnier than most fans would realize and his dramatic range is strong. Amazing cast ALL very funny and talented, they compliment each other. Phylicia Rashad is always a pleasure to watch and Kat Foster & Moises Arias were perfectly cast. The writing clever and directing superb. It's great to see a Genius like FOUR time Oscar Nominee Ridley Scott (The Martian, Gladiator) believe in JCVD! During his entire career he never had someone of this magnitude guiding his projects. Imagine how differently if JC had more people like Scott at the Helm of his work. It's that combination that I believe will elevate JCVD from the ranks of cheeky 80's-90's films to a newer appreciation of his hidden talent! Bring on a full series as well as a Film Directed by Ridley Scott Starring our hero......
29 people found this helpful