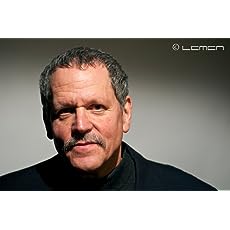 Jeffrey M. Schwartz, M.D. is Research Psychiatrist at UCLA School of Medicine and a seminal thinker and researcher in the field of self-directed neuroplasticity. He is the author of over 100 scientific publications in the fields of neuroscience and psychiatry, and several popular books including You Are Not Your Brain: The 4-Step Solution for Changing Bad Habits, Ending Unhealthy Thinking, and Taking Control of Your Life co-authored with Rebecca Gladding, M.D. (2011), as well as The Mind and the Brain: Neuroplasticity and the Power of Mental Force (2002), and Brain Lock: Free Yourself from Obsessive-Compulsive Behavior (1997). Dr. Schwartz has been featured nationally on prominent TV shows, including Oprah, 20/20, Today Show, Donahue and Leeza. He was a consultant to Martin Scorsese and Leonardo DiCaprio on The Aviator (and appears with them on the bonus DVD extras of that film) and appeared in Expelled: No Intelligence Allowed.

Dr Schwartz's primary research interest over the past two decades has been brain imaging and cognitive-behavioral therapy, with a focus on the brain mechanisms and psychological treatment of obsessive-compulsive disorder (OCD). Dr. Schwartz's most recent academic writing has been in the field of philosophy of mind, specifically on the role of volition in human neurobiology. He has also applied his approach of "mind over brain" to the fields of business leadership and organizational behavior, as featured in two articles in Strategy+Business magazine in 2006 and 2011.

After receiving an honors degree in philosophy from the University of Rochester, Dr. Schwartz began to devote a substantial amount of time to Buddhist philosophy --- in particular to the philosophy of mindfulness, or conscious awareness, which revolves around the central idea that the mind is an active participant in the world and that its actions have a physical effect on the workings of the brain. He thus set out to find a scientific underpinning for the belief that mindfulness affects how the brain functions, and in the 1990s finally made his key discovery at UCLA. As shown on PET scans, a four-step cognitive behavioral therapy that he has pioneered is capable of actually changing the activity in a specific brain circuit of patients with obsessive-compulsive disorder.

Dr Schwartz's current passions include the philosophy of Soren Kierkegaard and Dietrich Bonhoeffer, classic jazz, and the role of Christian meditation in enhancing mindful awareness and it's effects on mind-brain relations. 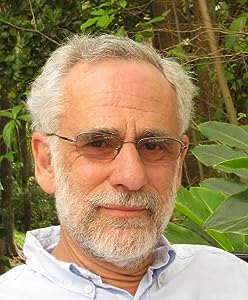 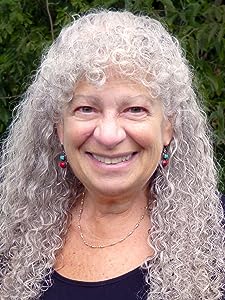 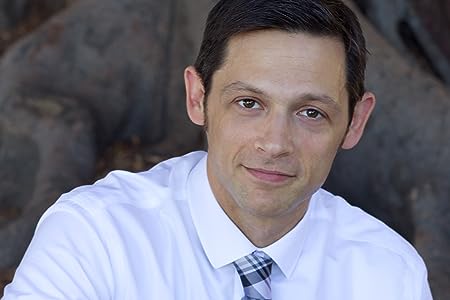 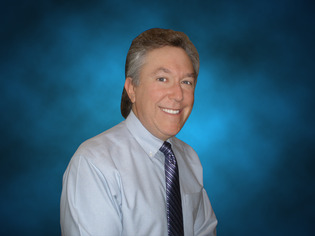 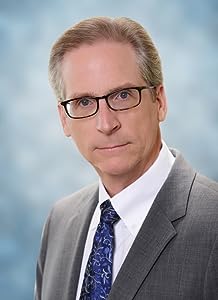 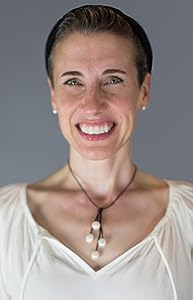 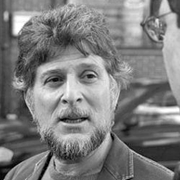 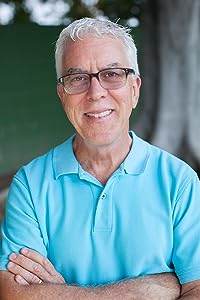 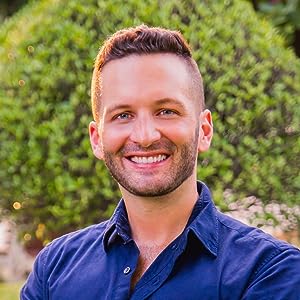 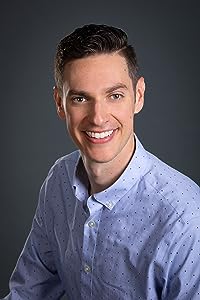 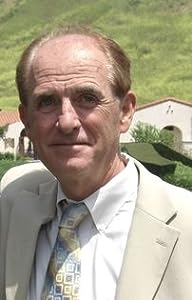 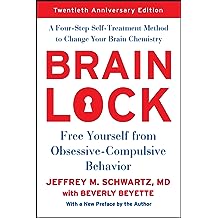 The definitive classic that has helped more than 400,000 people defeat obsessive-compulsive behavior, with all-new material from the author

An estimated 5 million Americans suffer from obsessive-compulsive disorder (OCD) and live diminished lives in which they are compelled to obsess about something or to repeat a similar task over and over. Traditionally, OCD has been treated with Prozac or similar drugs. The problem with medication, aside from its cost, is that 30 percent of people treated don't respond to it, and when the pills stop, the symptoms invariably return.

In Brain Lock, Jeffrey M. Schwartz, M.D., presents a simple four-step method for overcoming OCD that is so effective, it's now used in academic treatment centers throughout the world. Proven by brain-imaging tests to actually alter the brain's chemistry, this method doesn't rely on psychopharmaceuticals. Instead, patients use cognitive self-therapy and behavior modification to develop new patterns of response to their obsessions. In essence, they use the mind to fix the brain.

Using the real-life stories of actual patients, Brain Lock explains this revolutionary method and provides readers with the inspiration and tools to free themselves from their psychic prisons and regain control of their lives. 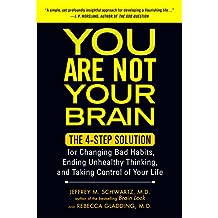 You Are Not Your Brain: The 4-Step Solution for Changing Bad Habits, Ending Unhealthy Thinking, and Taki ng Control of Your Life Jun 9, 2011
by Jeffrey Schwartz MD
( 373 )
$14.99
Two neuroscience experts explain how their 4-Step Method can help break destructive thoughts and actions and change bad habits for good.

A leading neuroplasticity researcher and the coauthor of the groundbreaking books Brain Lock and The Mind and the Brain, Jeffrey M. Schwartz has spent his career studying the structure and neuronal firing patterns of the human brain. He pioneered the first mindfulness-based treatment program for people suffering from OCD, teaching patients how to achieve long-term relief from their compulsions.

For the past six years, Schwartz has worked with psychiatrist Rebecca Gladding to refine a program that successfully explains how the brain works and why we often feel besieged by bad brain wiring. Just like with the compulsions of OCD patients, they discovered that bad habits, social anxieties, self-deprecating thoughts, and compulsive overindulgence are all rooted in overactive brain circuits. The key to making life changes that you want-to make your brain work for you-is to consciously choose to "starve" these circuits of focused attention, thereby decreasing their influence and strength.

As evidenced by the huge success of Schwartz's previous books, as well as Daniel Amen's Change Your Brain, Change Your Life, and Norman Doidge's The Brain That Changes Itself, there is a large audience interested in harnessing the brain's untapped potential, yearning for a step-by-step, scientifically grounded and clinically proven approach. In fact, readers of Brain Lock wrote to the authors in record numbers asking for such a book. In You Are Not Your Brain, Schwartz and Gladding carefully outline their program, showing readers how to identify negative brain impulses, channel them through the power of focused attention, and ultimately lead more fulfilling and empowered lives.
Read more
Other Formats: Hardcover , Paperback , MP3 CD 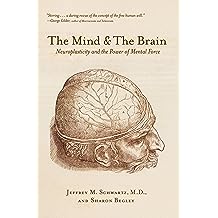 A groundbreaking work of science that confirms, for the first time, the independent existence of the mind–and demonstrates the possibilities for human control over the workings of the brain.

Conventional science has long held the position that 'the mind' is merely an illusion, a side effect of electrochemical activity in the physical brain. Now in paperback, Dr Jeffrey Schwartz and Sharon Begley's groundbreaking work, The Mind and the Brain, argues exactly the opposite: that the mind has a life of its own.Dr Schwartz, a leading researcher in brain dysfunctions, and Wall Street Journal science columnist Sharon Begley demonstrate that the human mind is an independent entity that can shape and control the functioning of the physical brain. Their work has its basis in our emerging understanding of adult neuroplasticity–the brain's ability to be rewired not just in childhood, but throughout life, a trait only recently established by neuroscientists.

Through decades of work treating patients with obsessive–compulsive disorder (OCD), Schwartz made an extraordinary finding: while following the therapy he developed, his patients were effecting significant and lasting changes in their own neural pathways. It was a scientific first: by actively focusing their attention away from negative behaviors and toward more positive ones, Schwartz's patients were using their minds to reshape their brains–and discovering a thrilling new dimension to the concept of neuroplasticity.

The Mind and the Brain follows Schwartz as he investigates this newly discovered power, which he calls self–directed neuroplasticity or, more simply, mental force. It describes his work with noted physicist Henry Stapp and connects the concept of 'mental force' with the ancient practice of mindfulness in Buddhist tradition. And it points to potential new applications that could transform the treatment of almost every variety of neurological dysfunction, from dyslexia to stroke–and could lead to new strategies to help us harness our mental powers. Yet as wondrous as these implications are, perhaps even more important is the philosophical dimension of Schwartz's work. For the existence of mental force offers convincing scientific evidence of human free will, and thus of man's inherent capacity for moral choice. 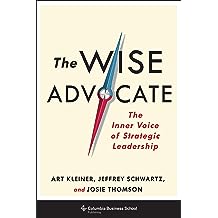 Leadership is the habit of making good choices. Even in difficult and uncertain circumstances, the most effective leaders focus their attention and overcome entrenched patterns of behavior to push an organization to new heights of success. This capability is no fluke: the latest research on the brain shows that we can pinpoint the mental activity associated with it—and cultivate it for our benefit.

In this book, Art Kleiner, a strategy expert; Jeffrey Schwartz, a research psychiatrist; and Josie Thomson, an executive coach, give a transformative explanation of how cutting-edge neuroscience can help business leaders set a course toward better management. Mapping the functions of a manager onto established patterns of mental activity, they identify crucial brain circuits and their parallels in organizational culture. Strategic leaders, they show, play the role of wise advocates: able to go beyond day-to-day transactional behavior to a longer-term, broader perspective that articulates their organization’s deeper purpose. True leaders can play this influencer role in an organization because they have cultivated similar self-reflective habits in their own minds. Providing a powerful guide to decision strategies and their consequences, The Wise Advocate helps managers find their own inner voice and then make that voice ring out loud and clear, with a four-step program for practice and catalytic implications for management strategy, executive education, and business results. 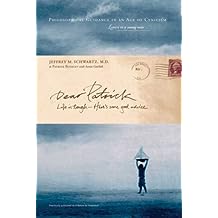 For five years I have been witness to your struggles to grow up without a father. As a family friend, I can't make that up to you. What I can do is stand by you, and teach you how to be the kind of man you wish your father had been ...

So begins the correspondence of two unlikely friends, Patrick Buckley, a sixteen-year-old New York City high schooler, and Jeffrey M. Schwartz, internationally renowned neuroscientist and the critically acclaimed author of Brain Lock and The Mind and the Brain. Inspired by Patrick's straight forward questions, Schwartz examines the moral teachings of our greatest spiritual leaders -- Jesus, Buddha, and Moses -- and filters them through the lens of his cutting-edge psychiatric research, as well as his own experiences of childhood loneliness and loss. With fierce certainty and love, Schwartz provides Patrick with a blueprint for breaking free from the culture of corrosive cynicism that threatens to destroy him, and for constructing a decent, meaningful, and fulfilling life. The result is a fascinating and revolutionary new code for living born of a man and a boy who sought honor and self-command in a culture of self-indulgence.