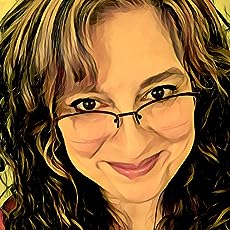 Jennifer Foehner Wells' debut novel, Fluency, rocketed up the Amazon charts in 2014 and was a frequent KDP Select All-Star. Her sequel, Remanence, was a finalist in the 2016 Goodreads Choice Awards.

Jen is a serial hobbyist (Handy to have around in any upcoming zombie apocalypse). She cooks, bakes, knits by hand, dyes fiber, spins yarn with a spinning wheel, paints with watercolor, and cares for aquaria and houseplants. In the past she has also made beer and wine, quilts and hand-hooked rugs, socks with antique sock machines, soap, gardens, paper, and bound books. She also games. And reads science fiction and fantasy almost exclusively.

Jen currently lives in Pennsylvania with the geekiest literature professor on the planet, two video-game crazed teenaged boys, a couple of unhinged cats, a very barky Great Pyrenees, and a Pekingese/Chihuahua mix that will steal your heart, if you let him.

To find out more about Jen, visit: www.jenthulhu.com.
Read more 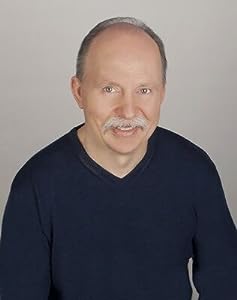 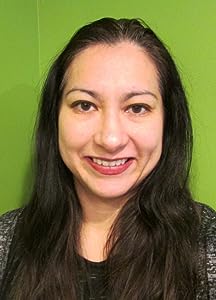 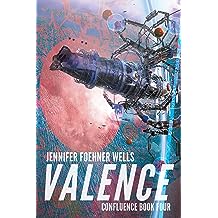 Two very different women race to prepare for the battle to come. The future of Earth is in their hands.

One struggles to resurrect her ruined ship so she can navigate the politics at the galactic core in a desperate bid to recruit allies.

The other strives to master alien technology to supply the forces of Earth with the tools needed to defend themselves against the ravenous Swarm.

Between them, Jane and Zara offer humanity its best chance at survival, but the odds are stacked against them and their best may not be good enough.
Read more
Other Formats: Audible Audiobook , Paperback 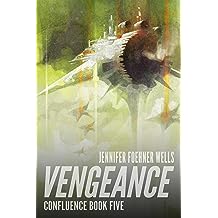 Darcy and her ragtag multispecies crew have used those years well, searching for her lost love, Adam, throughout the disreputable fringes of galactic society—though the odds are stacked against them. Along the way, they liberate the vulnerable and accumulate allies, some of them dubious. Meanwhile, Darcy continues to master her newfound powers in secret.

A cryptic message raises a ghost from the past to haunt her, forcing her to a crossroads that could lead to a reunion with Adam, or keep him forever beyond her reach.
Read more
Other Formats: Paperback 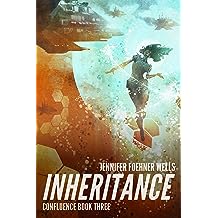 Abducted. Forced to fight. Darcy has a 10,000 year old secret buried in her genetic code. It makes her a target, but it may also save her.

As a second year medical student, Darcy's life revolves around classes, studying, and her boyfriend Adam—until she treks through the desert, touches some mysterious stacked stones, and a network of glowing blue lines radiates under her skin.

Then she saw the spaceship. And it was coming for her.

She faces impossibly bad choices and a missing boyfriend.

Darcy struggles to accept her heritage and master her newfound powers as she navigates deception, betrayal, and mortal danger in order to prevail in the galaxy’s most dangerous game—and survive to save Adam.
Read more
Other Formats: Audible Audiobook , Paperback 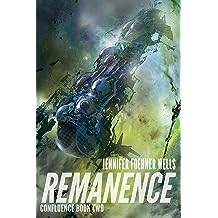 Remanence (Confluence Book 2) Mar 11, 2016
by Jennifer Foehner Wells
( 797 )
$3.99
In defiance of NASA, Jane Holloway, the linguist of the Providence expedition, commandeers the alien ship that her crew explored. She sets off to return that ship’s marooned navigator to his home world, determined to discover who was behind the genocide that destroyed his original crew.

But when she gets there, she finds his world devastated by the same plague. The remaining members of his race, uniquely gifted at navigating the stars, are stranded across the galaxy. And someone, it seems, doesn’t want those lost navigators to be found.

As Jane unravels the mystery of the plague and works to ensure the survival of Ei’Brai’s race, she discovers that the life of every sentient being in the galaxy may be in jeopardy…and the clock is ticking. 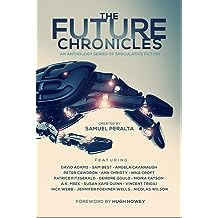 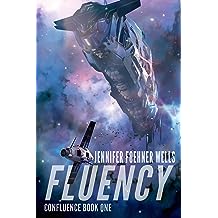 Fluency (Confluence Book 1) Jun 18, 2014
by Jennifer Foehner Wells
( 3,608 )
$2.99
NASA discovered the alien ship lurking in the asteroid belt in the 1960s. They kept the Target under intense surveillance for decades, letting the public believe they were exploring the solar system, while they worked feverishly to refine the technology needed to reach it.

The ship itself remained silent, drifting.

Dr. Jane Holloway is content documenting nearly-extinct languages and had never contemplated becoming an astronaut. But when NASA recruits her to join a team of military scientists for an expedition to the Target, it’s an adventure she can’t refuse.

The ship isn’t vacant, as they presumed.

A disembodied voice rumbles inside Jane’s head, "You are home."

Jane fights the growing doubts of her colleagues as she attempts to decipher what the alien wants from her. As the derelict ship devolves into chaos and the crew gets cut off from their escape route, Jane must decide if she can trust the alien’s help to survive.
Read more
Other Formats: Audible Audiobook , Paperback 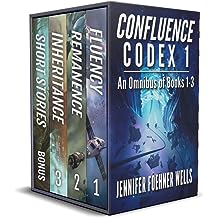 Confluence Codex 1: An Omnibus of the Scifi Series, Books 1-3 Jul 25, 2020
by Jennifer Foehner Wells
( 136 )
$7.99
Available For the First Time: The First Three Novels PLUS the Related Short Stories--All in One Volume and in the Author’s Preferred Reading Order!


A linguist, a medical student, and a gifted teen each unexpectedly find their way into space in this scifi adventure series full of first contact with unique alien species, twisty escapes, inspiring inventions and stunning discoveries. As these three women assemble teams and gather allies, their timelines converge. Ultimately, they will face the greatest foe that sentient life in the galaxy has ever known.


FLUENCY The Breakout Amazon Bestseller of 2014!


REMANENCE Nominated For the Goodreads Choice Awards of 2016!


And three of Wells’s most popular short stories, some never published before outside of anthologies:

The Fall of the Percedus


All for less than the price of the novels purchased separately!


FLUENCY, the story that started it all:


Dr. Jane Holloway is a language savant, living a staid academic life, studying dead languages. But when NASA offers her a spot on a team that will be exploring a derelict alien ship found decades before in the asteroid belt, she shoves aside her discomfort to go on an adventure.


Except the ship is far from derelict.


What she assumed would be more of an archeological dig, turns into a fight for her life and the lives of her teammates as the mission devolves into chaos.


And all along Jane is receiving strange psychic transmissions that she can’t explain, can’t quite believe are real, and can’t reveal to her team, for fear they’ll assume she’s gone insane.


Jane fights the growing doubts of her colleagues as she attempts to decipher what the alien voice wants from her. As the crew gets cut off from their escape route, Jane must decide if she can trust the alien’s help to survive.
Read more
Other Formats: Paperback 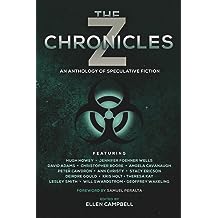 In this title in the acclaimed Future Chronicles series of speculative fiction anthologies, fourteen authors confront the nightmare, that horrific mirror of ourselves that pursues us with untiring hunger. 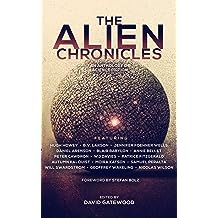 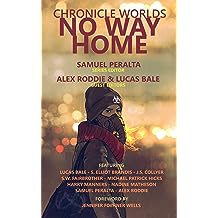 A soldier trapped in an endless war dies over and over, only to be awakened each time to fight again - one of the last remaining few seeking to save mankind from extinction. An RAF radio engineer in an abandoned military installation, who begins to suffer hallucinations, shifts in time and memories that are not his own. A colonial space explorer, sent alone to determine a planet's suitability for human colonization, who stumbles across a woman who is part of the same program but shouldn't be there at all. An assassin from the future, stranded when he fails in his mission, who knows he will soon cease to exist.

In this title in the acclaimed Future Chronicles series of speculative fiction anthologies, Amazon Breakthrough Novel finalist Michael Patrick Hicks and USA Today bestselling author Samuel Peralta join with some of the most exciting new voices in speculative fiction explore the mental, physical and metaphysical boundaries that imprison us when we are lost.

-----
★★★★★
"The best place to discover new SF authors, I think, is any of the anthologies coming from Samuel Peralta"
-- Hugh Howey, NY Times bestselling author of Wool

Its unique take on major science fiction and fantasy themes - A.I., time travel, dragons, robots, aliens, zombies, immortality, galactic battles, cyborgs, doomsday - has made it one of the most acclaimed anthology series of the digital era.
Read more 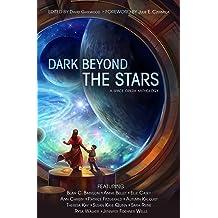 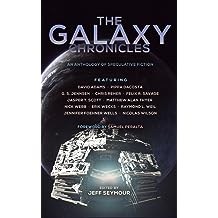 The Galaxy Chronicles (Future Chronicles Book 8) Nov 30, 2015
by Samuel Peralta , Nick Webb , Raymond L. Weil , Jasper T. Scott , Jennifer Foehner Wells , David Adams , G. S. Jennsen , Pippa DaCosta , Matthew Alan Thyer , Chris Reher , Felix R. Savage , Nicolas Wilson , Jeff Seymour
( 112 )
$2.99
Space. Some call it the ultimate frontier. Humans are the verge of breaking its bonds with Earth and reaching other planets, other worlds, other galaxies. And when we do, will we go forth in peace? Or take with us our conflicts, our battles, our wars?