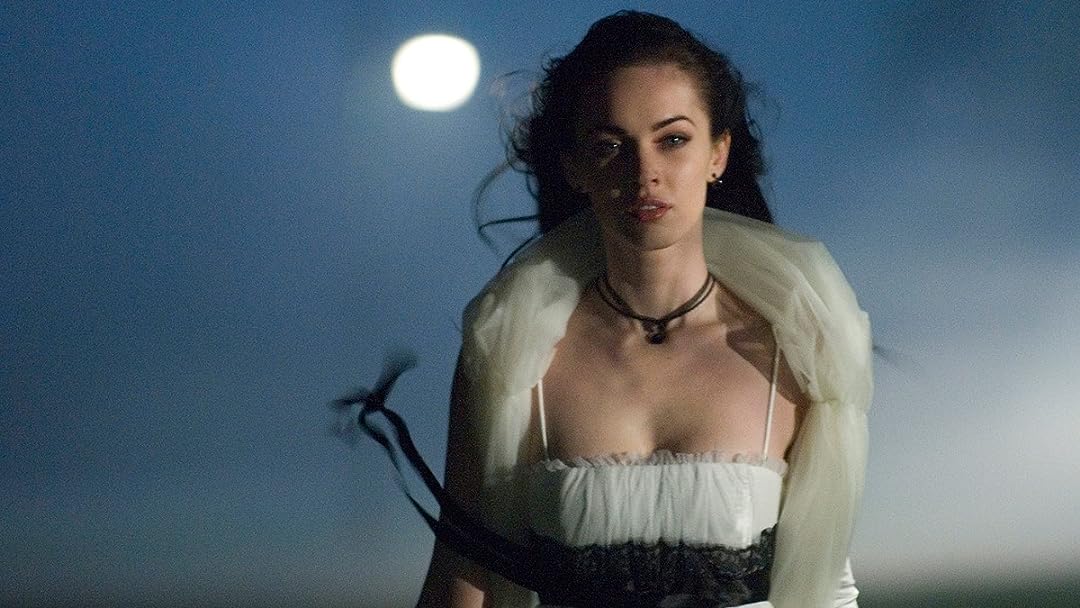 (6,910)5.31 h 42 min2009X-RayR
When small-town high school hottie Jennifer is possessed by a hungry demon, guys who never stood a chance with her take on new luster in the light of Jennifer's insatiable appetite. From the Oscar-winning screenwriter of Juno.

joel wingReviewed in the United States on May 17, 2020
4.0 out of 5 stars
Very good dark comedy-horror flick of 2 friends turned enemies because of evil
Verified purchase
Needy Lesnicki (Amanda Seyfried) is the narrator of this horror flick. She used to be a normal high school kid full of hormones, having a boyfriend named Chip (Johnny Simmons) and her best friend Jennifer (Megan Fox). Needy was the square girl and Jennifer was a popular cheer leader. They’d been friends since childhood but evil would come between them with one becoming a reluctant hero and the other a boy eater.

The supernatural in the film was mixed with some very dry humor. Needy and Jennifer go to a small bar to see a Rock band. As they start their first song a fire suddenly breaks out and people start dying left and right. Needy and Jennifer escape the burning inferno and outside they run into the band’s singer. He acts nonchalant and asks Jennifer to get into his van which she does like she’s under his spell. Jennifer later turns up at Needy’s house with blood all over her and spitting black goo out of her mouth. It’s a great two scenes. Later they show the band’s motivation and it even gets better. A Rock band brings the evil to a little town? They turn Jennifer into a monster? It’s cliché and genius at the same time.

The dark jokes really come later when Jennifer seduces a student who lost a friend in the fire. She takes him to the woods and suddenly all these animals including two rabbits gather around and stare at them. A teacher later hears the boy’s screams but thinks he’s just mourning from his loss and says to himself, “Let it all out.”

This movie explores the relationship between Needy and Jennifer that go from best friends to enemies because evil comes between them.
C

Kody BoyeReviewed in the United States on November 7, 2019
5.0 out of 5 stars
Such a fun movie
Verified purchase
Jennifer's Body was a movie ahead of its time, and it still holds up well. Megan Fox does an excellent job as playing Jennifer -- the sexy, seductive, funny, and downright-scary best friend of co-star Amanda Seyfried (who plays Anita, otherwise known as Needy.)

Beyond being an overall fun movie, it's currently priced at around $8, which is a steal if you're buying it brand new!

Check this out for sure!
20 people found this helpful

SammyReviewed in the United States on September 29, 2020
5.0 out of 5 stars
Overall, a great flick
Verified purchase
Karyn Kusama is so talented. As one of her early works, Jennifer's Body gets a bad rap (horrible critical reception) for being cliche, shallow, pop-horror trash. In reality, it is a film with a lot to say about sex, female friendship, and selfish materialism. It is also super self-aware, something the critics perhaps were not able (or unwilling) to pick up on. I love The Invitation; it's one of my favorite movies, and though this film is a lot different in tone and aesthetics, it is also great in its own right.
Jennifer's Body perfectly captures a moment in time and space in American teendom: the smalltown interconnectedness and trapped feeling, the idolization of stylish and androgynous alt bands (who turn out to be just as bad as the hyper masculine quarterback types), the slang and costumes and set dressing, the social dynamics... it all takes me back and immerses me.
I'm glad this film is finally (years after its release) getting reevaluated and getting the credit it deserves.
9 people found this helpful

Mark BeckfordReviewed in the United States on February 9, 2021
4.0 out of 5 stars
Misguided marketing - better than you'd think
Verified purchase
To be honest, I didn't have fond memories of Jennifer's Body first time around. I think at the time I subconsciously discounted Megan Fox's performance given her role in the mostly forgettable Transformers and that was a mistake.

It's easy to be distracted by Fox given she was sexualized from the very beginning, but both she and Amanda Seyfried are absolutely excellent in this.

There's something deeper going on within story which I'm not going to even try to analyze or express. If someone wants to start a discussion around this in the comments I'll try to contribute some of my thoughts.

So for now I'll play it safe and give a shoutout to the soundtrack. There were so many good songs on here including:

There are so many interesting things going on in this horror-comedy that elevate Jennifer's Body rom just being another teenage splatter fest.
6 people found this helpful

alexis jorgensenReviewed in the United States on February 17, 2019
5.0 out of 5 stars
Well-Executed Thriller Comedy
Verified purchase
This movie was undeniably funny while maintaining a good aspect of horror and suspense. The actors all played their roles really well and I loved the dynamic between each character. It took me a while to ever get around to watching this movie despite all the people I heard talking about it, but once I did, I was so extremely happy that I had. I loved every second of this film and plan to watch it countless more times. I absolutely recommend it!
16 people found this helpful

Trish M.Reviewed in the United States on July 9, 2020
4.0 out of 5 stars
Surprisingly Good
Verified purchase
I must admit when I saw this DVD cover years ago, I was not interested. I didn't take Megan Fox seriously as an actress and the fact that it was called "Jennifer's Body" made me think it contained a lot of nudity and sex. Don't get me wrong, sex is definitely a theme in this movie, but I didn't find any of it vulgar and there was no nudity. In fact, I was surprised that this horror flick is actually pretty good. It's got the right blend of blood and horror mixed with humor and pop music. Not a great suspenseful horror, but fun to watch. I really enjoyed the ending as they started to show the credits...poetic justice, one of my favorite movie themes.
7 people found this helpful

CrystalReviewed in the United States on May 3, 2019
2.0 out of 5 stars
Typical low budget, made for teenagers horror film.
Verified purchase
No plot, bad acting, bad effects. Typical teen horror film. Low budget. Even my teenager didn’t enjoy this movie. Probably better things you can do with your time. Consider this a near miss.
13 people found this helpful

D. GoodwinReviewed in the United States on April 10, 2021
1.0 out of 5 stars
Great Dark Comedy Horror
Verified purchase
The movie itself is great. It hails back to old-school horror like Nightmare on Elm Street where there is a mix of gore, a small plot, and dark/black comedy. Expecting a movie that intentionally plays up campy horror to be a high-brow film is just an error. Go into watching this just wanting to have a good time and make fun of cliche horror things because that is a big part of what makes this gold just like the older horror films.

I would give this a five for just the movie alone, but, the extended version of the film keeps skipping. I don't know what is causing it. The disc doesn't appear damaged but yet it is skipping. It isn't the player either as I tested it with a different disc.
One person found this helpful
See all reviews
Back to top
Get to Know Us
Make Money with Us
Amazon Payment Products
Let Us Help You
EnglishChoose a language for shopping. United StatesChoose a country/region for shopping.
© 1996-2021, Amazon.com, Inc. or its affiliates