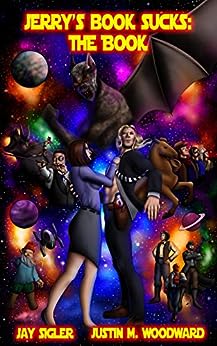 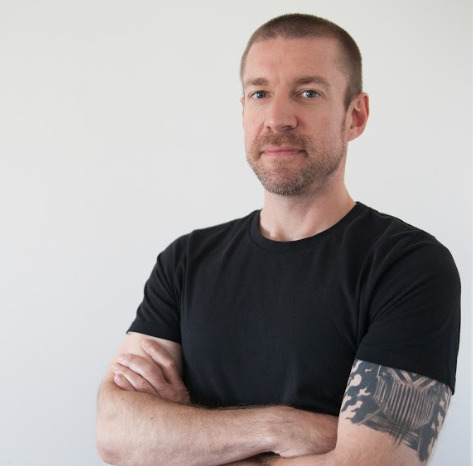 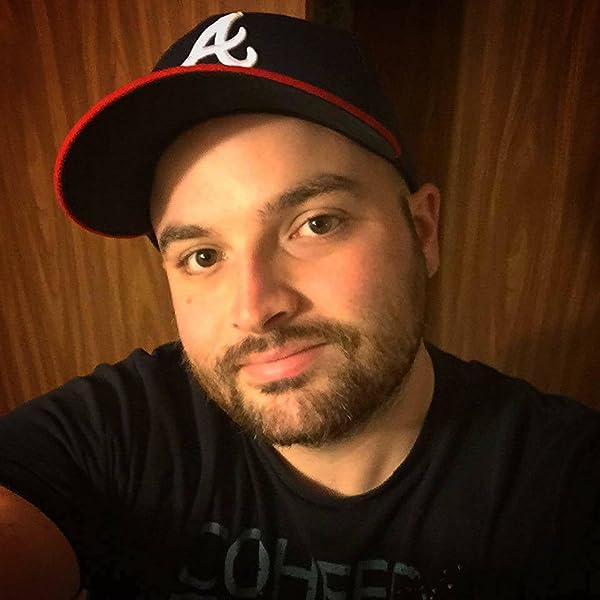 "An absolute must-read if you like a well written, fun story that will have you laughing as well as enthralled." - Kendall Reviews

4.0 out of 5 stars
4 out of 5
22 global ratings
How are ratings calculated?
To calculate the overall star rating and percentage breakdown by star, we don’t use a simple average. Instead, our system considers things like how recent a review is and if the reviewer bought the item on Amazon. It also analyzes reviews to verify trustworthiness.
Top reviews

Jeanne25
5.0 out of 5 stars WOOP WOOP!
Reviewed in the United States on September 26, 2019
Verified Purchase
Just when you needed a little nonsense in your life! I started out expecting to not like this book. I don’t much like sci-fi and too many authors seem to fail when trying to write humor. So why did I buy it? Everyone was talking about the book and it was only 99 cents. How could I pass it up? I not only ended up liking it, I also bought a signed physical copy and the audio book. The narrator is excellent and adds another whole element of humor to this already fun book. He obviously was having a good time and that can’t help but flow on down to the listener. There is a fine line between “roll your eyes” corny and “bust a gut” corny. Sigler and Woodward are gut busters. “Who you gonna call?”

My only complaint is a small one and didn’t impact my enjoyment for more than a few seconds and didn’t effect my review/rating at all. There is one word, used four times in the book, to describe the physical appearance of Helen. This is a highly controversial word and I don’t care on which side of the debate you fall, it isn’t a FUN word. Yet – this IS a fun book. I believe that two such highly creative authors such as these two could/should have come up with a better option.

I was wavering between a 4 and a 5 star rating until Chapter 24, Why Can’t We Be Friends? I live in the Oklahoma panhandle. We decorate tumbleweeds instead of trees at Christmas. I know a dumb sum***** when I see one. This is one instance where the authors tip toe up to that fine line of corny repetition and purposely vault over it. Someday I am going to go back and count up how many times the phrase is used in that chapter alone. The narrator had me laughing so hard that I had to pull my earbud because those dumb sum***** at work were all looking at me funny.

I have always been fascinated with the seven deadly sins and I really enjoyed the gang's tests. I especially loved Gary’s challenge with his reflection. “Feelin’ way too damn good.” I wondered about the choice of using Nickelback at this point but I figured ok they are just a little softer than I had figured. I was thrilled to see it brought up again further into the book!

Brad Tierney
5.0 out of 5 stars Senior Regional Manager, AKA The Boss, AKA Gary F. Jenkins
Reviewed in the United States on September 28, 2019
Verified Purchase
I don't really understand it.
How in the hell can a book, especially Jerry's Book, be this funny?
I don't think things are funny. Not stand-up, not comedies, maybe I giggle at the occasional offensive meme, but that's about it. I haven't laughed at a joke in years.
This book had me howling! At one point my wife came in to see if I needed medical attention! She kicked me out of my OWN bedroom for laughing because she was trying to sleep! I did that snort thing! Two times I had to stop, press down on my fat roll, and hold my ribs because they hurt! It was awesome!
It's not "joke" funny per-se, it's the titanic amount of scathing sarcasm that puts Jerry's Book on the next level. Jerry's Book doesn't suck, it's the absolute funniest thing I've ever read. Period.

Roles1331
5.0 out of 5 stars Two powerhouse authors together for the first time!
Reviewed in the United States on September 15, 2019
Verified Purchase
A sprawling space epic from authors Sigler and Woodward, what are you waiting for?! I loved every second I devoted to read this book. Take The Office, throw in some Guardians of the Galaxy and top off with a nice Harry Potter cherry and you've got yourself a JBS sundae! These two horror authors dipping their toes in to the comedy/bizarro genre is everything you didn't know that was missing in your life. Take it from me and don't waste another second, read this book! Even if it does SUCK. ;)
Read more
2 people found this helpful
Helpful
Report abuse

hongdo
2.0 out of 5 stars This book has absolutely no redeeming value
Reviewed in the United States on January 20, 2020
Verified Purchase
This is not a bad book. It simply has no redeeming value whatsoever such as characters or plot. It does seem to be written in good English. The author just makes up characters and stuff for them to do for no reason with no limiting factors that usually constrain a normal plot. Reminds me of the on-line reviews of the newer Star Wars movies where the reviewers complain Rey has whatever super powers she need at the moment without worrying about any continuity or consistency or logic. The plot stumbles along at random.
The best I can say to anyone who has bought this book, is to save it for a time when you have absolutely nothing of any interest to do and you are desperate. Such as at an airport where your flight is delayed and you are stuck for hours at a boarding gate under a monitor constantly playing CNN.
Read more
Helpful
Report abuse

Berg Sigal
5.0 out of 5 stars Creative! Funny! Witty!
Reviewed in the United States on October 2, 2019
Verified Purchase
Creative, funny, witty. Sigler and Woodward take you on a fast paced entertaining and bizarre adventure as you travel up and down through time and space to Bedlam, Foop, and beyond. There are so many hilarious parts and references in this book, but mentioning them in this review would only spoil the fun. If you really want to know what book is about, just look at the brilliant book cover. It pretty much tells it all! I can’t wait for the sequel.
Read more
2 people found this helpful
Helpful
Report abuse

Beezer34
5.0 out of 5 stars This book is very enjoyable.
Reviewed in the United States on October 8, 2019
Verified Purchase
Not your typical Justin Woodward book. Very enjoyable. The book does not suck. Funny and weird at same time. Look forward to others like this.
Read more
2 people found this helpful
Helpful
Report abuse

Henry Kline
1.0 out of 5 stars They're not joking.
Reviewed in the United States on October 18, 2019
Verified Purchase
Unfortunately, the book really does suck. I know it's supposed to be a joke, but it's just a lot of translucent running around with no meat.
Read more
One person found this helpful
Helpful
Report abuse

Ian J. Vullo
5.0 out of 5 stars Jerry’s book sucks but, a great read nonetheless!
Reviewed in the United States on October 14, 2019
Verified Purchase
I enjoyed this book and it made me smile! I hope the sequel comes out soon! Oh and Jerry your book sucks!
Read more
One person found this helpful
Helpful
Report abuse
See all reviews
Back to top
Get to Know Us
Make Money with Us
Amazon Payment Products
Let Us Help You
EnglishChoose a language for shopping. United StatesChoose a country/region for shopping.
© 1996-2021, Amazon.com, Inc. or its affiliates