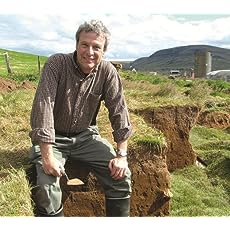 Jesse Byock is Prof. of Old Norse and Medieval Scandinavian Studies at the University of California(UCLA) and Prof. at UCLA's Cotsen Institute of Archaeology. He directs the Mosfell Archaeological Project in Iceland.

He is author of: Viking Age Iceland (Penguin); Medieval Iceland (UC Press); and Feud in the Icelandic Saga (UC Press). His translations from Old Norse include The Prose Edda: Norse Mythology (Penguin), The Saga of the Volsungs: The Norse epic of Sigurd (Penguin), The Saga of King Hrolf Kraki (Penguin), and Grettir´s Saga (Oxford). Download a -FREE ANSWER KEY- to Viking Language 1 learn Old Norse, Runes, and Icelandic Sagas at www.vikinglanguage.com 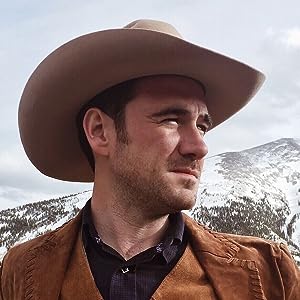 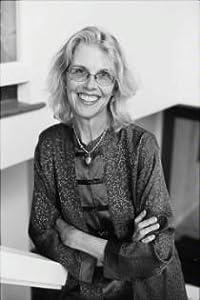 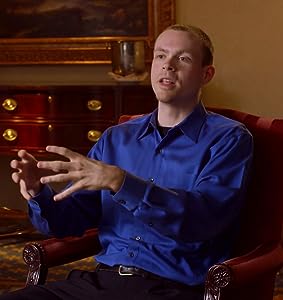 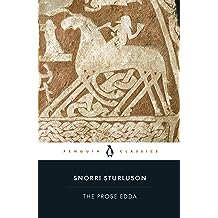 The Prose Edda: Norse Mythology (Penguin Classics) Jul 28, 2005
by Jesse L. Byock
( 1,080 )
$9.99
The Prose Edda is the most renowned of all works of Scandinavian literature and our most extensive source for Norse mythology. Written in Iceland a century after the close of the Viking Age, it tells ancient stories of the Norse creation epic and recounts the battles that follow as gods, giants, dwarves and elves struggle for survival. It also preserves the oral memory of heroes, warrior kings and queens. In clear prose interspersed with powerful verse, the Edda provides unparalleled insight into the gods' tragic realization that the future holds one final cataclysmic battle, Ragnarok, when the world will be destroyed. These tales from the pagan era have proved to be among the most influential of all myths and legends, inspiring modern works as diverse as Wagner's Ring Cycle and Tolkien's The Lord of the Rings.
Read more
Other Formats: Paperback 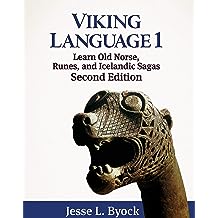 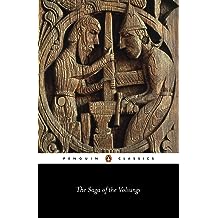 Written in thirteenth-century Iceland but based on ancient Norse poetry cycles, The Saga of the Volsungs combines mythology, legend and sheer human drama. It tells of the cursed treasure of the Rhine, a sword reforged and a magic ring of power, and at its heart are the heroic deeds of Sigurd the dragon slayer, who acquires magical knowledge from one of Odin's Valkyries. One of the great books of world literature, the saga is an unforgettable tale of princely jealousy, unrequited love, greed, vengeance and the downfall of a dynasty.

Translated with an Introduction by Jesse L. Byock 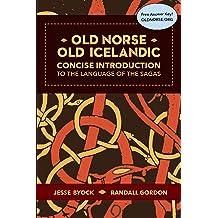 Old Norse - Old Icelandic: Concise Introduction to the Language of the Sagas (Viking Language Old Norse Icelandic Series Book 3) Feb 19, 2021
by Jesse Byock , Randall Gordon
( 15 )
$9.99
Old Norse - Old Icelandic: Concise Introduction to the Language of the Sagas (with free Answer Key and further resources at www.oldnorse.org) is a new book in the “Viking Language Old Norse Series” from Jules William Press (www.juleswilliampress.com). Answering the need for a modern Old Norse primer, Old Norse – Old Icelandic is designed for self-learning, class teaching, and remote instruction. The straightforward, incremental approach requires no previous foreign language knowledge. The book provides everything necessary to read the sagas. The 17 self-contained lessons are short and supply all necessary vocabulary, grammar, and explanations. Each lesson is built around original passages from Icelandic sagas and Norse mythological sources, so that students read original material from the first lesson. Exercises in each lesson greatly assist the beginner and those more advanced. The book contains an extensive Old Norse Reference Grammar, a Pronunciation Guide, and a full Vocabulary of All Words and Phrases. The Old Norse passages in the lessons are drawn from a wide variety of sagas and sources, including: Egil's Saga; Ragnar Lodbrok´s Saga; Njal's Saga; History of the Kings of Norway (Heimskringla); The Book of Settlements (Landnámabók); The Prose Edda; Saga of the Families of Weapon's Fjord; Saga of the Ynglings; Saga of the Foster-Brothers; Tale of Thorstein Staff-Struck; Saga of Gisli Sursson; Saga of Gunnlaug Serpent-Tongue; Saga of Havard; Saga of Hrafnkell the Priest of Frey; Saga of Magnus Erlingsson; Saga of Olaf Tryggvason. For more information visit our websites: www.oldnorse.org and www.juleswilliampress.com
Read more
Other Formats: Paperback 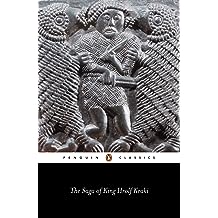 The Saga of King Hrolf Kraki (Penguin Classics) Jun 30, 2005
by Jesse Byock
( 96 )
$8.99
Composed in medieval Iceland, Hrolf's Saga is one of the greatest of all mythic-legendary sagas, relating half-fantastical events that were said to have occurred in fifth-century Denmark. It tells of the exploits of King Hrolf and of his famous champions, including Bodvar Bjarki, the 'bear-warrior': a powerful figure whose might and bear-like nature are inspired by the same legendary heritage as Beowulf. Depicting a world of wizards, sorceresses and 'berserker' fighters - originally members of a cult of Odin - this is a compelling tale of ancient magic. A work of timeless power and beauty, it offers both a treasury of Icelandic prose and a masterful gathering of epic, cultic memory, traditional folk tale and myths from the Viking age and far earlier.
Read more
Other Formats: Paperback 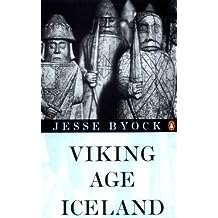 Viking Age Iceland Feb 22, 2001
by Jesse Byock
( 68 )
$12.68
Medieval Iceland was unique amongst Western Europe, with no foreign policy, no defence forces, no king, no lords, no peasants and few battles. It should have been a utopia yet its literature is dominated by brutality and killing. The reasons for this, argues Jesse Byock, lie in the underlying structures and cultural codes of the islands' social order. 'Viking Age Iceland' is an engaging, multi-disciplinary work bringing together findings in anthropology and ethnography interwoven with historical fact and masterful insights into the popular Icelandic sagas, this is a brilliant reconstruction of the inner workings of a unique and intriguing society.
Read more
Other Formats: Paperback 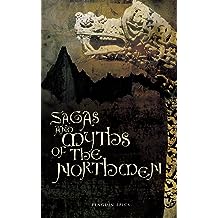 In a land of ice, great warriors search for glory...

When a dragon threatens the people of the north, only one man can destroy the fearsome beast. Elsewhere, a mighty leader gathers a court of champions, including a noble warrior under a terrible curse. The Earth's creation is described; tales of the gods and evil Frost Giants are related; and the dark days of Ragnarok foretold.

Journey into a realm of legend, where heroes from an ancient age do battle with savage monsters, and every man must live or die by the sword ... 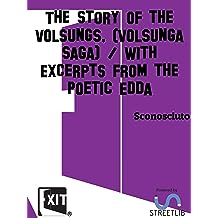 It would seem fitting for a Northern folk, deriving the greater and better part of their speech, laws, and customs from a Northern root, that the North should be to them, if not a holy land, yet at least a place more to be regarded than any part of the world beside; that howsoever their knowledge widened of other men, the faith and deeds of their forefathers would never lack interest for them, but would always be kept in remembrance. One cause after another has, however, aided in turning attention to classic men and lands at the cost of our own history. Among battles, "every schoolboy" knows the story of Marathon or Salamis, while it would be hard indeed to find one who did more than recognise the name, if even that, of the great fights of Hafrsfirth or Sticklestead. The language and history of Greece and Rome, their laws and religions, have been always held part of the learning needful to an educated man, but no trouble has been taken to make him familiar with his own people or their tongue. Even that Englishman who knew Alfred, Bede, Caedmon, as well as he knew Plato, Caesar, Cicero, or Pericles, would be hard bestead were he asked about the great peoples from whom we sprang; the warring of Harold Fairhair or Saint Olaf; the Viking (1) kingdoms in these (the British) Western Isles; the settlement of Iceland, or even of Normandy. The knowledge of all these things would now be even smaller than it is among us were it not that there was one land left where the olden learning found refuge and was kept in being. In England, Germany, and the rest of Europe, what is left of the traditions of pagan times has been altered in a thousand ways by foreign influence, even as the peoples and their speech have been by the influx of foreign blood; but Iceland held to the old tongue that was once the universal speech of northern folk, and held also the great stores of tale and poem that are slowly becoming once more the common heritage of their descendants. The truth, care, and literary beauty of its records; the varied and strong life shown alike in tale and history; and the preservation of the old speech, character, and tradition—a people placed apart as the Icelanders have been—combine to make valuable what Iceland holds for us. Not before 1770, when Bishop Percy translated Mallet's "Northern Antiquities", was anything known here of Icelandic, or its literature. Only within the latter part of this century has it been studied, and in the brief book-list at the end of this volume may be seen the little that has been done as yet. It is, however, becoming ever clearer, and to an increasing number, how supremely important is Icelandic as a word-hoard to the English-speaking peoples, and that in its legend, song, and story there is a very mine of noble and pleasant beauty and high manhood. That which has been done, one may hope, is but the beginning of a great new birth, that shall give back to our language and literature all that heedlessness and ignorance bid fair for awhile to destroy.
Read more
Other Formats: Paperback