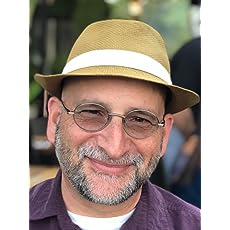 After a career in sports information and publishing in which he worked for the University of Southern California, the Los Angeles Dodgers, and the National Football League, Jim Gigliotti became a freelance writer in 2000. Since then, he has written more than 100 books for adults and children, many of them on sports, but also on topics ranging from medieval knights to hurricanes to the polar regions. His most recent titles include several entries in the New York Times Best Selling Who Was? Children's Series from the Penguin Young Readers Group, including Who Was Mother Teresa?, Who Was Bruce Lee?, Who Was George Washington Carver?, and more.
Read more 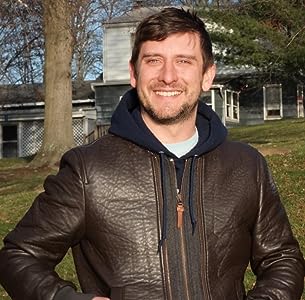 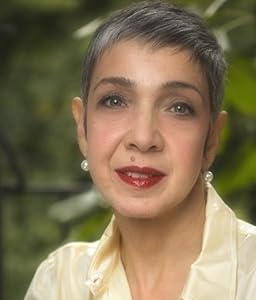 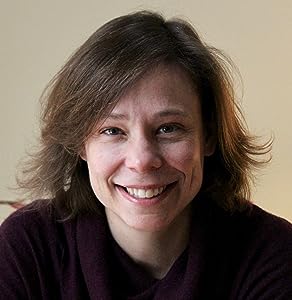 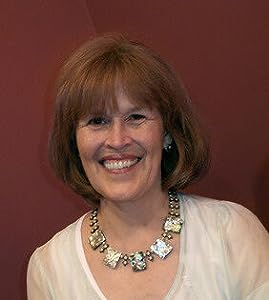 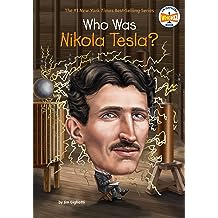 When Nikola Tesla arrived in the United States in 1884, he didn't have much money, but he did have a letter of introduction to renowned inventor Thomas Edison. The working relationship between the two men was short lived, though, and the two scientist-inventors became harsh competitors. One of the most influential scientists of all time, Nikola Tesla is celebrated for his experiments in electricity, X-rays, remote controls, and wireless communications. His invention of the Tesla coil was instrumental in the development of radio technology.
Read more
Other Formats: Library Binding , Paperback 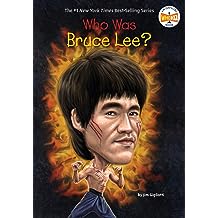 Who Was Bruce Lee? (Who Was?) May 1, 2014
by Jim Gigliotti, Who HQ, John Hinderliter
( 425 )
$5.99
Bruce Lee was a Chinese American action film star, martial arts instructor, filmmaker, and philosopher. His Hong Kong and Hollywood-produced films elevated the traditional martial arts film to a new level of popularity and acclaim.  Through such films as Way of the Dragon and Enter the Dragon, Lee helped to change the way Asians were presented in American films and, in the process, he became an iconic figure known throughout the world. Although he died at the young age of 32, Bruce Lee is widely considered to be the one of the most influential martial artists of all time.
Read more
Other Formats: Audible Audiobook , Library Binding , Paperback 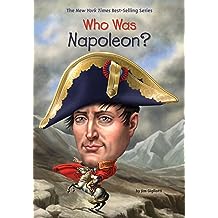 Who Was Napoleon? (Who Was?) Dec 4, 2018
by Jim Gigliotti, Who HQ, Gregory Copeland
( 456 )
$5.99
Learn more about Napoleon Bonaparte, the decorated French military leader who conquered much of Europe in the early nineteenth century.

Born in the Mediterranean island of Corsica, Napoleon Bonaparte felt like an outsider once his family moved to France. But he found his life's calling after graduating from military school. Napoleon went on to become a brilliant military strategist and the emperor of France. In addition to greatly expanding the French empire, Napoleon also created many laws, which are still encoded in legal systems around the world.
Read more
Other Formats: Library Binding , Paperback 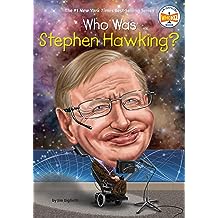 Who Was Stephen Hawking? (Who Was?) Jun 4, 2019
by Jim Gigliotti, Who HQ, Gregory Copeland
( 399 )
$5.99
Learn more about the renowned British scientist, professor, and author who spent his entire career trying to answer the question: "Where did the universe come from?"

Stephen Hawking was born exactly three hundred years after the death of the scientist Galileo, so maybe it was written in the stars that he would become a famous scientist in his own right. Although he was diagnosed with a neurological disease at age 21, Stephen did not let the illness define his life. Known for his groundbreaking work in physics, and identified by his wheelchair and computerized voice system, Stephen continued his research until his death in 2018. He is best known for his black hole theories and his best-selling book A Brief History of Time. Stephen Hawking is an example of a person who had a great mind, but an even greater spirit.
Read more
Other Formats: Hardcover , Paperback 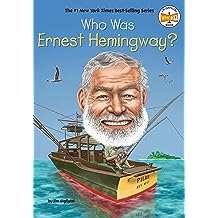 Who Was Ernest Hemingway? (Who Was?) Mar 1, 2022
by Jim Gigliotti, Who HQ, Gregory Copeland
$5.99
Find out how a journalist and sportsman became one of the most famous American novelists of the twentieth century!

Ernest Hemingway wasn't just a novelist. He was a hunter and a fisherman; he became an ambulance officer in Paris, France, during World War I; and he worked as a reporter during the civil war in Spain in the 1930s. All of these experiences had such an important impact on Ernest's life that he used them as inspiration for some of his most notable works of fiction, including The Sun Also Rises, A Farewell to Arms, and For Whom the Bell Tolls.

He wrote short stories, novels, and articles in an understated, direct style, that is still beloved by readers today. Hemingway is remembered as much for his fiction as he is for his adventurous lifestyle.
Read more
Other Formats: Audible Audiobook , Hardcover , Paperback 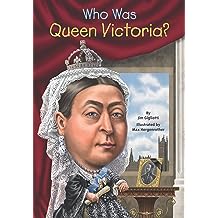 Who Was Queen Victoria? (Who Was?) Jul 10, 2014
by Jim Gigliotti, Who HQ, Max Hergenrother
( 185 )
$5.99
Her reign of 63 years and seven months is known as the Victorian Era, a period of industrial, cultural, scientific, and political change that was marked by a great expansion of the British Empire.  But Victoria was raised under close supervision and near isolation until she became Queen of the United Kingdom at the young age of 18. She married her first cousin, Albert, and had nine children who married into families across Europe. By the time she had earned the nickname “The Grandmother of Europe” and the title “Empress of India” it was indeed true that the sun never set on the British Empire. Publicly, she became a national icon, but privately, Who Was Queen Victoria?
Read more
Other Formats: Audible Audiobook , Library Binding , Paperback 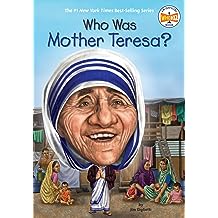 Who Was Mother Teresa? (Who Was?) May 5, 2015
by Jim Gigliotti, Who HQ, David Groff
( 533 )
$5.99
Born a humble girl in what is now Albania, Agnes Bojaxhiu lived a charitable life. She pledged herself to a religious order at the age of 18 and chose the name Sister Teresa, after the patron saint of missionaries. While teaching in India, where famine and violence had devastated the poor, Teresa shed her habit and walked the streets of Calcutta tending to the needs of the destitute. Her charity work soon expanded internationally, and her name remains synonymous with compassion and devotion to the poor.
Read more
Other Formats: Library Binding , Paperback 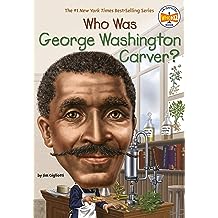 Who Was George Washington Carver? (Who Was?) Dec 29, 2015
by Jim Gigliotti, Who HQ, Stephen Marchesi
( 443 )
$4.99
Born in 1860s Missouri, nobody expected George Washington Carver to succeed. Slaves were not allowed to be educated. After the Civil War, Carver enrolled in classes and proved to be a star student. He became the first black student at Iowa State Agricultural College and later its first black professor. He went on to the Tuskegee Institute where he specialized in botany (the study of plants) and developed techniques to grow crops better. His work with vegetables, especially peanuts, made him famous and changed agriculture forever. He went on to develop nearly 100 household products and over 100 recipes using peanuts.
Read more
Other Formats: Audible Audiobook , Library Binding , Paperback 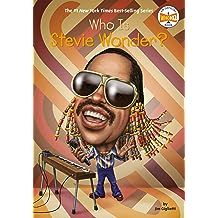 Who Is Stevie Wonder? (Who Was?) Oct 18, 2016
by Jim Gigliotti, Who HQ, Stephen Marchesi
( 157 )
$5.99
Discover more about Stevie Wonder, the music prodigy whose awards include 25 Grammy Awards and the Presidential Medal of Freedom.

Stevie Wonder is one of the most successful singer-songwriter-musicians of our time. Signing his first record deal when he was only eleven, he had his first No.1 hit when he was thirteen. Since then he has had thirty US top ten hits, won a range of awards for his music and his civil rights work, and created such iconic songs as "Isn't She Lovely" and "I Just Called to Say I Love You." Stevie Wonder is a beloved entertainer who continues to tour and perform around the world.
Read more
Other Formats: Audible Audiobook , Library Binding , Paperback 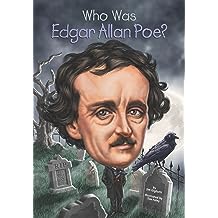 Who Was Edgar Allan Poe? (Who Was?) Aug 11, 2015
by Jim Gigliotti, Who HQ, Tim Foley
( 146 )
$5.99
Filled with broken hearts and black ravens, Edgar Allan Poe’s ghastly tales have delighted readers for centuries. Born in Boston in 1809, Poe was orphaned at age two. He was soon adopted by a Virginia family who worked as tombstone merchants. In 1827 he enlisted in the Army and subsequently failed out of West Point. His first published story, The Raven, was a huge success, but his joy was overshadowed by the death of his wife. Poe devoted his life to writing and his tragic life often inspired his work. He is considered to be the inventor of detective fiction and the father of American mystery writers. His work continues to influence popular culture through films, music, literature, and television.
Read more
Other Formats: Library Binding , Paperback 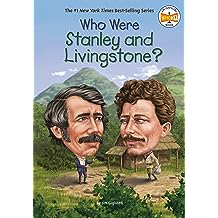 Who Were Stanley and Livingstone? (Who Was?) Dec 7, 2021
by Jim Gigliotti, Who HQ, David Malan
$5.99
Join the American journalist Henry Morton Stanley on his amazing quest to find David Livingstone, England's most celebrated explorer.

The world was fascinated and concerned. Dr. David Livingstone's 1866 expedition to find the source of the Nile River in Africa was only supposed to last two years. But it had been almost six years since anyone had heard from the famous British explorer. That's when a young American newspaper reporter named Henry Morton Stanley decided to go on his own expedition to find Dr. Livingstone. Author Jim Gigliotti chronicles the lives of both of these men and details the dangerous two-year journey that would eventually bring them face-to-face.
Read more
Other Formats: Audible Audiobook , Hardcover , Paperback 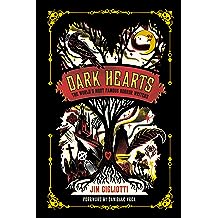 Dark Hearts: The World's Most Famous Horror Writers Dec 28, 2021
by Jim Gigliotti, Karl James Mountford, Danielle Vega
$8.99
Sometimes the truth can be much scarier than fiction. And this collection is no exception. Uncover what fascinated and frightened some of our favorite horror writers of all time.

Who are the people who make our hearts race and our minds spin? Why are they so good at making us fear what goes bump in the night? What are the stories behind the writers who give us goosebumps? Dark Hearts is a collection of fourteen short biographies of the world's best-known horror writers, including Mary Shelley, Shirley Jackson, Neil Gaiman, R. L. Stine, Stephen King, Bram Stoker, and others. Their stories are gathered in this beautiful, gift-able book that is perfect for any horror fan.
Read more
Other Formats: Hardcover