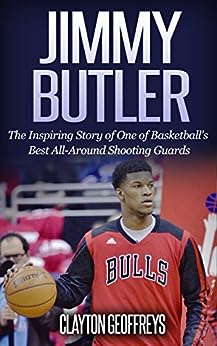 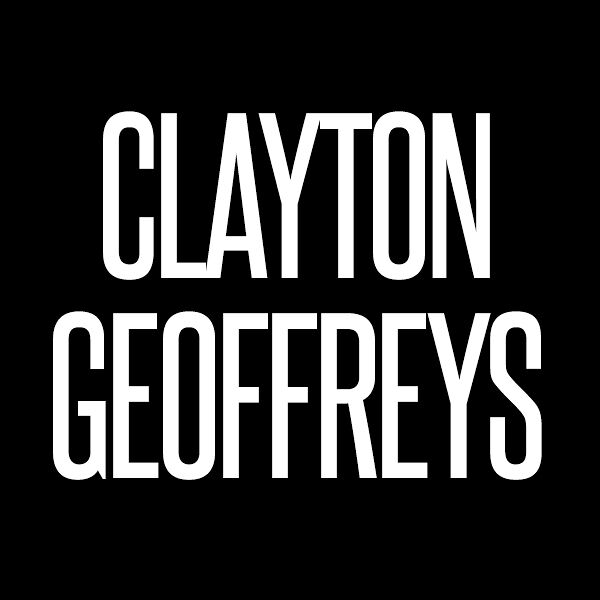 Read on your PC, Mac, smartphone, tablet or Kindle device! One of many riveting reads in the Basketball Biography Books series by Clayton Geoffreys.

Newly revised for the start of the 2019-2020 season, Jimmy Butler: The Inspiring Story of One of Basketball's Best All-Around Shooting Guards details the the inspirational story of one of basketball's premier shooting guards, Jimmy Butler. Over the last few years, Jimmy Butler emerged as one of the key leaders of the Chicago Bulls franchise. While Derrick Rose was the leader of the Chicago Bulls for the first few years of Butler's career, Butler became the main leader of the Bulls when Rose unfortunately came down with a series of tough injuries. In the summer 2017, Butler was traded to the Timberwolves to reunite with his old coach, Tom Thibodeau. After a little more than one season with the Timberwolves, Jimmy Butler was traded to the Philadelphia 76ers. He stayed one season there before signing with the Miami Heat in the summer of 2019.

Once overlooked in the NBA Draft, as Butler was drafted with the 30th overall pick in 2011, Butler has proven all the scouts wrong on their initial assessments of his abilities, as Butler had demonstrated a high degree of athleticism, basketball intelligence, and influence over games. It will be interesting to watch as Jimmy Butler continues to develop his basketball career, what accomplishments he will be able to achieve.

Here is a preview of what is inside this Jimmy Butler biography book:


An excerpt from this Jimmy Butler biography:

Finding the road to success usually comes with a few bumps along the way. Those can include having to deal with a period of not having a permanent home and trying to find places to stay on a nightly basis or having your family kick you out of your home and forcing you to rely on yourself. Sometimes, rewards await those who persevere, and Jimmy Butler is a perfect example of that.

Butler's case of starting from poverty to basketball stardom is not a rare one. There have been many players that have gone through similar circumstances. Allen Iverson and his family had lived in deep poverty before he broke out of it when he started starring in Georgetown in college. Kevin Durant was similarly situated. His mother had to support him and his brother by herself as they jumped from apartment to apartment. Even LeBron James had to suffer through poverty when his mom had him in her teens. However, Butler's story has a slight difference in how those other basketball superstars got out of poverty. Jimmy had to work his way up to it intensely.

The thing about Jimmy Butler is that his NBA stardom was not as apparent and as quick as some of the league's best players. His debut did not carry the same weight as some of his peers who came straight out of high school or after just one season in college basketball.

Did you like this excerpt? Then scroll up and pick up a copy of this basketball biography on Jimmy Butler today. This is the perfect basketball book for kids or sports fans of all ages.

Clayton Geoffreys is a multi-time best-selling author on Amazon. He was born and raised in Norwalk, Connecticut. Growing up, Clayton could often be found spending afternoons reading in the local public library about management techniques and leadership styles, along with overall outlooks towards life. It was from spending those afternoons reading about how others have led productive lives that Clayton was inspired to write books. Usually Clayton write works around sports to learn more about influential athletes in the hopes that from his writing, you the reader can walk away inspired to put in an equal if not greater amount of hard work and perseverance to pursue your goals. If you are a sports junkie like Clayton, you can read his #1 Best Seller books on Stephen Curry, LeBron James, Michael Jordan, Russell Westbrook and Tom Brady.

Geoffreys has also written on a variety of other interests including but not limited to vitamins &amp; supplements, retirement, psychology tests, and personal development.

You can sign up for goodies and the latest updates of his newest books at his website www.claytongeoffreys.com

Commuter Mom
1.0 out of 5 stars Not worth the paper it's printed on
Reviewed in the United States on September 5, 2017
Verified Purchase
This could be such an interesting book, based on the extraordinary circumstances surrounding the rise of this NBA player. However, the writing is complete trash. It plods along and basically just cites endless statistics of his professional career. It's truly awful. Such a shame for the middle schooler looking for some interesting non-fiction. sigh.
Read more
2 people found this helpful
Helpful
Report abuse

B. Apollo
5.0 out of 5 stars I gave this book to my children and they loved it.
Reviewed in the United States on September 2, 2017
Verified Purchase
Great book
Read more
Helpful
Report abuse

D. Howard
1.0 out of 5 stars Boring
Reviewed in the United States on August 18, 2020
Nothing new here. Sophmoric writing and full of stats. I should have gone to a movie or watched the NBA
Read more
Helpful
Report abuse

Anthony Lam
5.0 out of 5 stars Cool
Reviewed in the United States on February 7, 2016
This is another superb book in the series. Anyone who reads this book will be enthusiastic . § ® © ™
Read more
One person found this helpful
Helpful
Report abuse
See all reviews