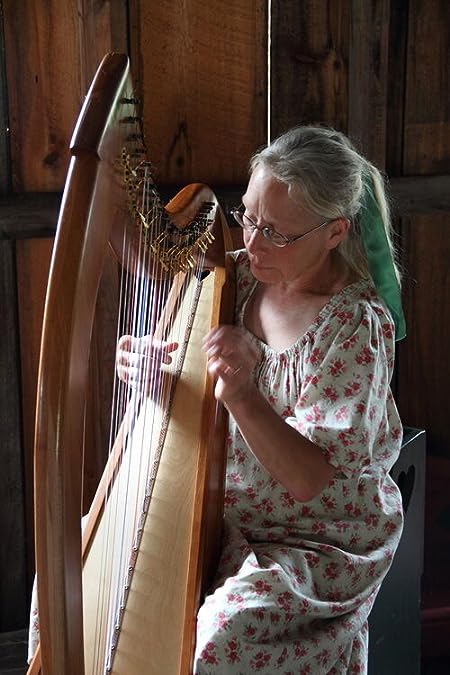 I love stories and listen for them when I share meals with friends or travel to wonderful historical location such as Rugby, Tennessee. Writing is how I share those narratives with others and hopefully offer insight into various situations. When not writing, I work on the organic blueberry farm that I share with my husband, John. I love weeding in my garden, playing my Celtic harp, and sewing quilts. I live a blessed life and am thankful for editors, readers and reviewers who enjoy what I write.

My latest news is that Indie Reader chose Hearts of Mercy as a September pick, and the novel won first place in the historical romantic suspense category of the 2019 PenCraft Awards. 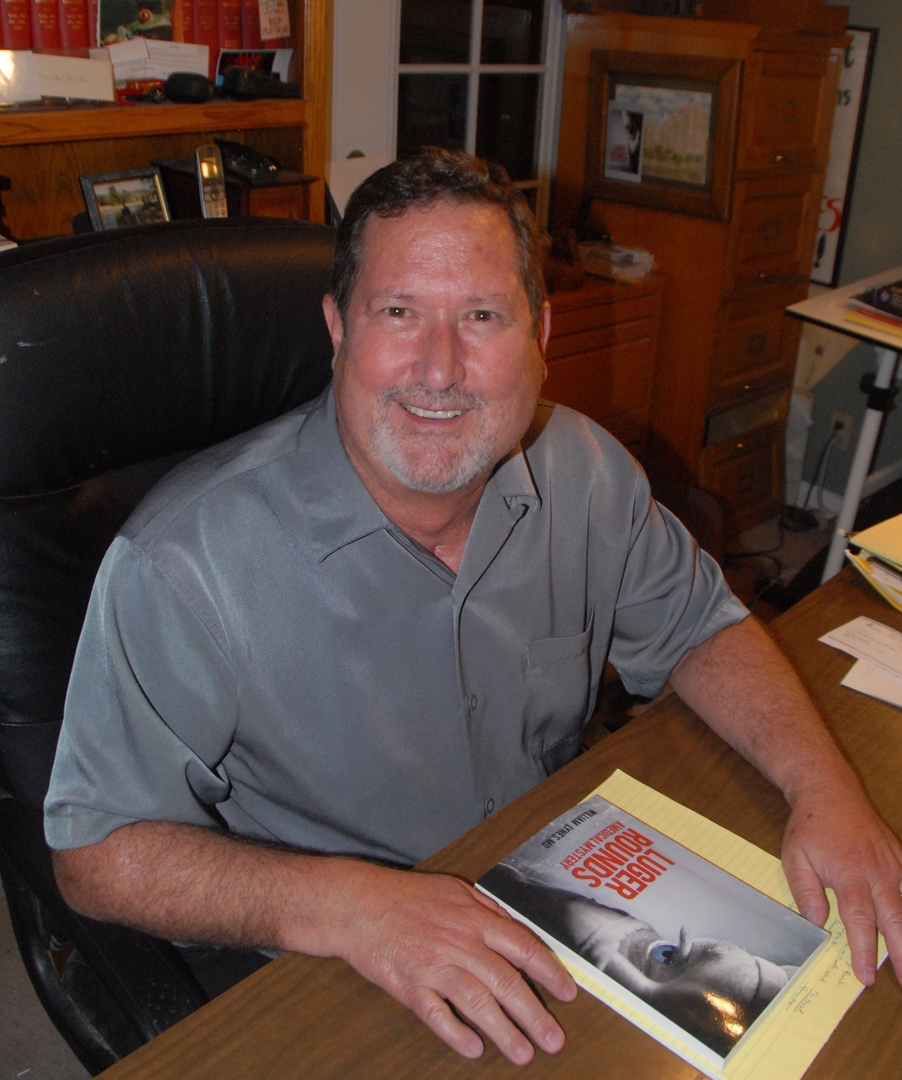 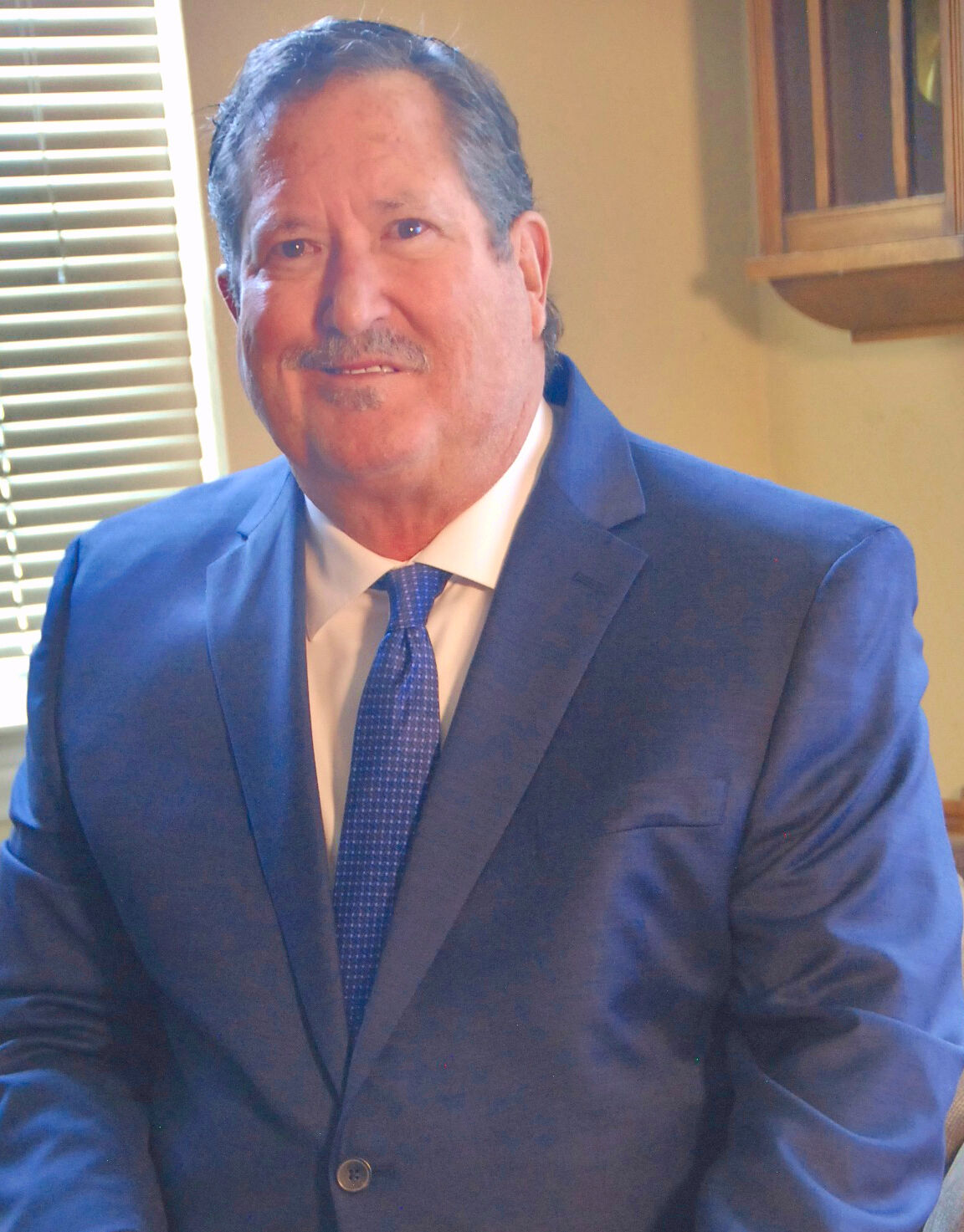 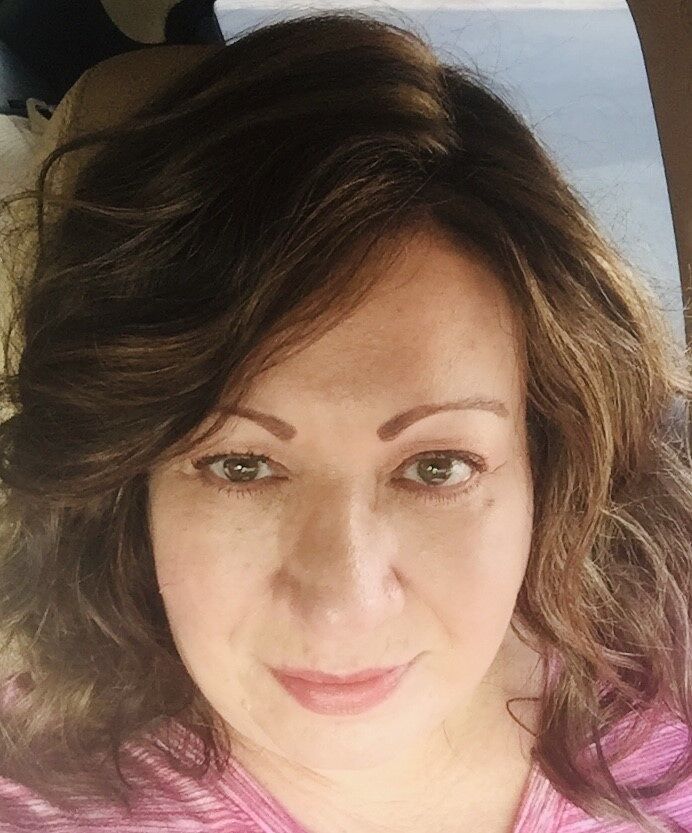 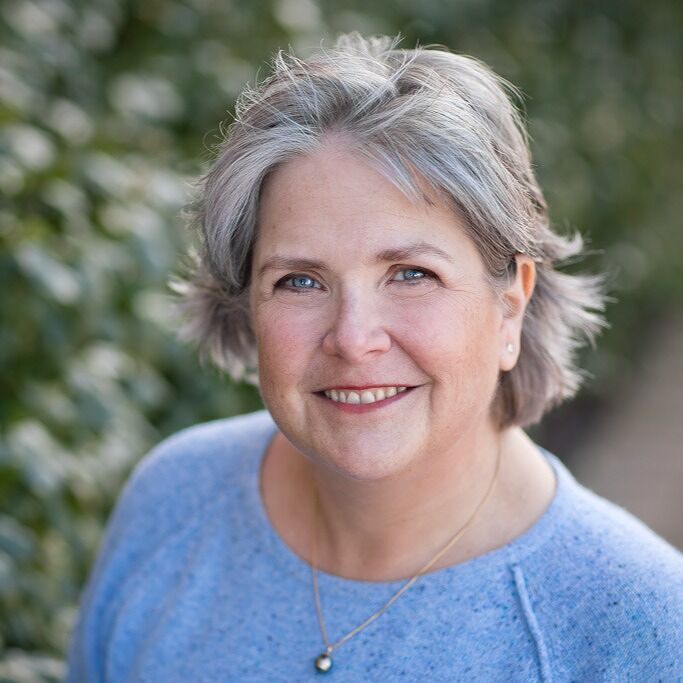 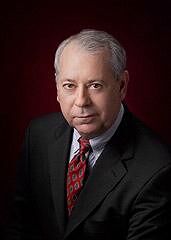 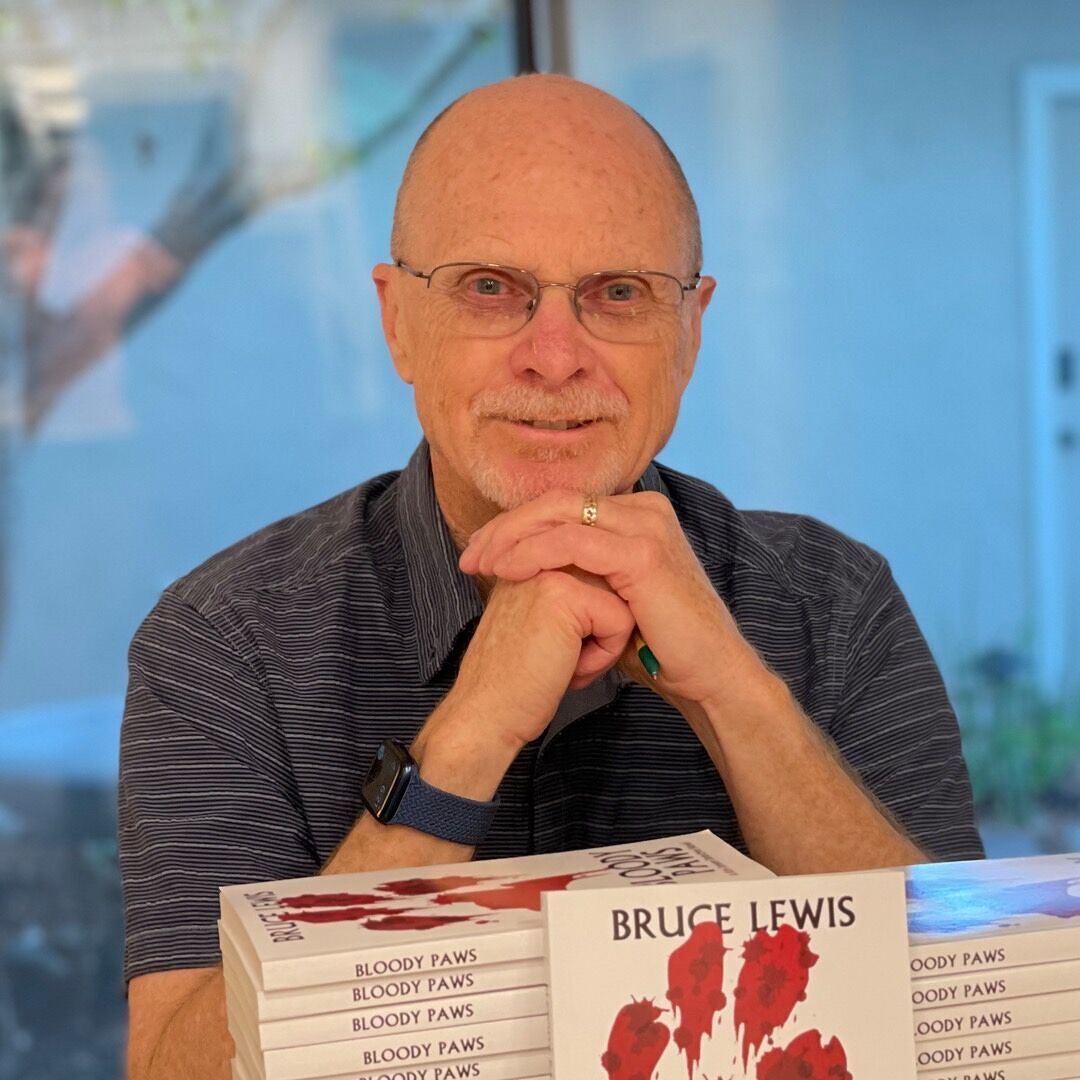 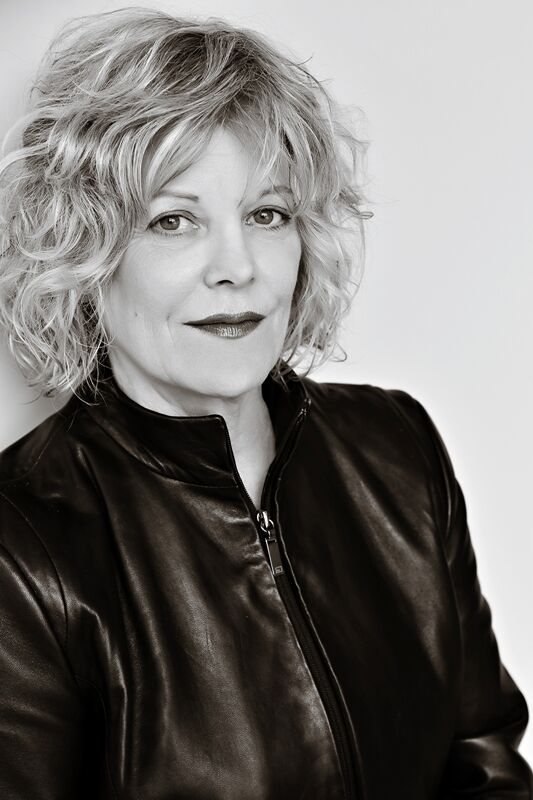 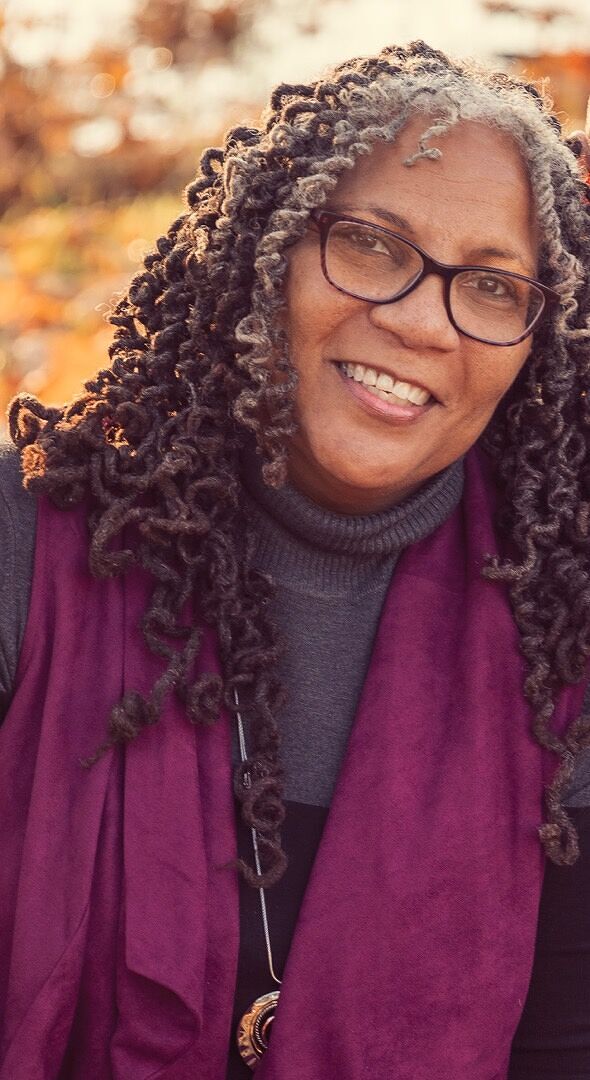 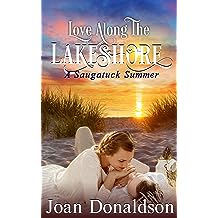 Love Along the Lakeshore: A Saugatuck Summer Jun 6, 2021
by Joan Donaldson
( 2 )
$2.99
When wealthy Ginny Madden encounters a rugged fruit farmer, Andrew McBride, she questions her future as prescribed by her parents. It’s 1915 in the art colony of Saugatuck, Michigan, and Ginny prefers sketching with other artists. Weary of her parents’ expectations to marry the man of their choice and enter the prestige and power of Chicago’s society, Ginny Madden chooses a different path. When the family’s summer cook suddenly cancels, Ginny assumes and revels in the responsibilities of cooking at their Lake Michigan cottage. Needing advice from lighting a fire to baking biscuits, Ginny bonds with Andrew McBride and his mother and they instruct her in homemaking skills. She also offers to help at certain jobs on Andrew's farm and comes to love both the farmer and his orchards. But her parents reject her romance with Andrew and insist upon a courtship with a family friend who is determined to marry Ginny. Fueled by her passion for the suffragist movement and her friendship with a female art student, Ginny grows in confidence and dreams. She flees from her parent’s choices and into Andrew’s arms who encourages her newfound identity. 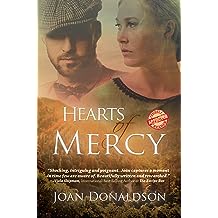 When Viney Walker’s long, absent father arrives in the 19th century Utopian Community of Rugby, TN, he begs her to return with him to the Great Smoky Mountains. Viney’s sister, Lizzie urges her to go, because a new setting will help Viney heal from a broken engagement. Viney acquiesces and in her new home, she meets her Walker cousins, including handsome and brawny James. The couple’s romance angers the White Caps, a vigilante group that whips lewd women, and they warn Viney to mend her ways.

Seeking revenge and the freedom to love James, Viney joins a counter vigilante group. She plots a trap for the White Caps, but finds herself tied to a post, with a whip racing toward her.
Read more
Other Formats: Audible Audiobook , Paperback 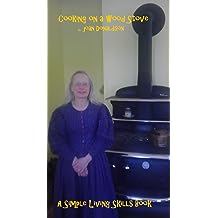 Cooking on a Wood Stove (Simple Living Skills Book 2) Apr 10, 2013
by Joan Donaldson
( 15 )
$1.99
Donaldson takes you from choosing a wood cook stove, to building your first fire,to how to arrange your pots on the stove's surface from her years of experience of cooking with wood. Includes humorous stories that correspond to the process along with basic recipes.
Read more 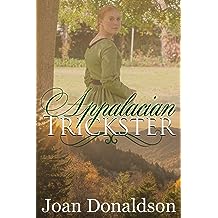 Appalachian Trickster: Shortstory Prequel to On Viney's Mountain (Cumberland Mountain Series) Nov 11, 2015
by Joan Donaldson
( 2 )
$0.99
When a schoolmaster torments fourteen-year-old Viney Walker and behaves in impropriate ways towards her female friends, Viney plots mischief to expose the coward’s nature and drive him off her mountain. Along the way, Viney frees her sister, Lizzie, from an entanglement with the schoolmaster and discovers a ridge secret. Set in 1876, in the days before Thomas Hughes settle his Utopian Community, of Rugby, Tennessee, Appalachian Trickster introduces the main characters of the Cumberland Mountain Series.
Read more 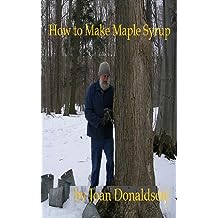 How to Make Maple Syrup: Simple and Sweet Directions (Simple Living Skills Book 1) Feb 25, 2013
by Joan Donaldson
( 10 )
$0.99
Would you like to make maple syrup from the trees in your yard? This little volume will tell you what you need to know to make, preserve and cook with your syrup. Joan Donaldson's warm and down to earth writing will transport you to a simpler time as she takes you into her kitchen.

Joan has been making maple syrup on her organic blueberry farm for almost forty years.

For more information about Joan, go to www.joandonaldson.com
Read more 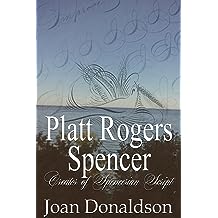 Platt Rogers Spencer: Creator of Spencerian Script Nov 15, 2017
by Joan Donaldson
( 3 )
$0.99
While some may think that handwriting is archaic skill in a keyboard world, researchers have learned that teaching children penmanship benefits brain development and enhances their ability to think.
“When we write, a unique neural circuit is automatically activated,” said Stanislas Dehaene, a psychologist at the Collège de France in Paris. “There is a core recognition of the gesture in the written word, a sort of recognition by mental simulation in your brain.” https://www.nytimes.com/2014/06/03/science/whats-lost-as-handwriting-fades.html
What most Americans do not know is that the handwriting they learned was created by a ten-year boy who lived at the edge of the Northwest Territory.
In 1810, Platt Rogers Spencer eyed the angle of the rolling waves of Lake Erie and the oval pebbles scattered across the strand. With a quill, Spencer transferred these common shapes found in nature into a new style of penmanship. Instead of only moving his wrist as Spencer wrote, he employed his shoulder muscles to move the quill. The young penman created a uniquely American form of handwriting that would reflect the vibrant spirit of his nascent country, and for the rest of his life, Spencer promoted the script that bore his name. The Father of American Penmanship published the first copy books that featured his script so that school teachers didn’t need to prepare small paper slips with examples of letters for their students to replicate. Spencer’s books were the most commonly used in American schools. Believing in practical education, he founded the first business college in Pittsburgh, PA and also enrolled women in his Log Cabin Seminary so that they could train to become clerks.
When not teaching Spencer also wrote and published poetry. A reformed alcoholic, he lectured on behave of the Temperance Movement and promoted the end of slavery. His artistic mind also envisioned how to utilize the shapes from his letters to create “off-hand flourishing”, a pen and ink folk art that creates graceful birds, cartouches and sometimes leaping stags. After his death, Spencer’s children continued to teach his script, publish new editions of his curriculum, and kept his legacy alive.

“We never give much thought to handwriting these days, especially as the ubiquitous keyboard has lessened the call for it and fewer children are taught penmanship. But in nineteenth century America, Platt Rogers Spencer developed a curriculum for legible handwriting that schools adopted. The Spencerian style, as it came to be known, provided an essential uniformity in communication. The story of the man, his method, and widespread influence he had in helping Americans make their written thoughts understood is neatly told in Platt Rogers Spencer. In the era before typewriters and computers, handwriting mattered and Joan Donaldson’s Kindle Single will provide deserved attention to Spencer’s achievement.”
—James McGrath Morris, author of Pulitzer: A Life in Politics, Print, and Power. 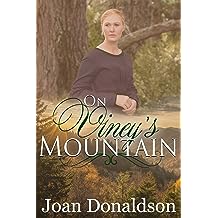 On Viney's Mountain (Cumberland Mountain Series Book 1) Jun 29, 2014
by Joan Donaldson
( 22 )
$2.99
Strangers have come to Viney's mountain, and she is furious! The arrogant invaders are leveling acres of forest in her beloved home in the Cumberland Mountains of Tennessee to establish a Utopian democratic settlement in 1880, the dream of English writer and labor pioneer Thomas Hughes. Sixteen-year-old Viney Walker is determined to sabotage their plans, but her sister Lizzie is thrilled, convinced that she will find a wealthy husband among the newcomers. Independent and uncompromising, Viney rails against the traditional fate of a mountain woman--marriage, children, unending drudgery--and prefers to focus on her true love and extraordinary talent--weaving. But Viney hasn't reckoned on Charlie Breckenridge, a handsome Englishman who takes a fancy to her. When she feigns a relationship with Charlie to put an end to the pressure from her family to find a man, her plot backfires in surprising ways, changing Viney and her mountain forever.
Read more
Other Formats: Hardcover , Paperback 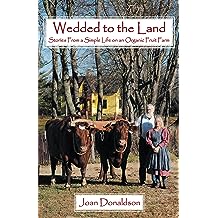 Whether shes writing about the staccato of a hairy woodpecker echoing through the woods, tapping sweet sap from a cluster of maples during a spring sugaring ritual or mourning the loss of her ox, Tolstoy, Joan Donaldsons sensuous prose shimmers and surprises. Her collection of essays, Wedded to the Land, peels back the skin of her blueberry farm with the precision and eloquence of a Wendell Berry, Edward Abbey, and other agrarian essayists who make us pine for the lost heart of the country.
George Getschow, writer-in-residence, The Mayborn Graduate Institute of Journalism, former editor for the Wall Street Journal

John thought he was building a garage when he erected a timber-frame building only a stones throw from the house we built on the back of our farm. While washing the dishes, I mulled over how pleasant it would be to look out our kitchen window and watch goats lounge in a paddock. If goats lived in the new shed, the walk wouldnt be far when milking in the winter or during kidding season.

Once outside, I scanned the sixteen-by-twenty-foot framework. You know, a couple of goats would fit nicely in here. Theres room for two stalls. Johns hammer paused. I continued. The aspens and honeysuckle on the north would shelter an outdoor pen. I tied on a nail apron and picked up a hammer. 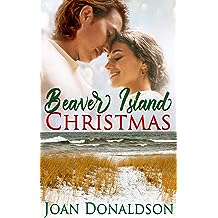 Beaver Island Christmas Nov 5, 2020
by Joan Donaldson
( 4 )
$0.99
During the Thanksgiving holiday weekend, recently widowed Annie Keane returns to her family cottage on Beaver Island, Michigan seeking refuge from her grief. She also wants to learn more about Phoebe Wright, her ancestor who was the fourth wife of James Jesse Strang, the nineteenth century self-proclaimed King of Beaver Island. When her Jeep refuses to start, Neil Beaton, the director of the local museum, offers Annie a ride home, and they learn how they share a mutual enthusiasm for the film, Princess Bride. After Annie reveals her quest to discover more details about her great-great-grandmother, Neil provides her with a diary written by Phoebe. Because of Neil’s kind deeds and encouragement, Annie releases her grief and renews her creative spirit. On Christmas Eve, with a view of Lake Michigan before them, Neil and Annie commit to a life together.
Read more