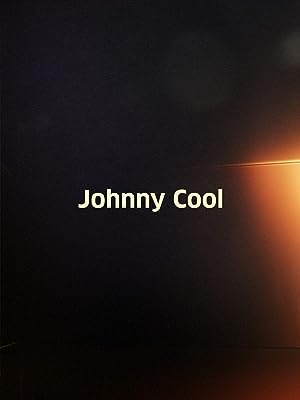 Coronet BlueReviewed in the United States on March 14, 2019
5.0 out of 5 stars
Simply the greatest cast ever assembled.
Verified purchase
Johnny Cool is available for free viewing on Amazon Prime, and it's worth every penny. There is so much to to take in, it might not be possible if you weren't there, but I'll try to explain.

First, the time period. On the cusp of rock and roll. Johnny Cool's theme is Sammy singing a jazzy stream of conciousness that's cool, man. If you can dig it. But in the movie, there's a party scene with folks doing the twist. Men still wear hats, but Johnny doesn't because he's cool.

Anyway, the cast. Sammy, of course, and Joey Bishop is sublime as a used car salesman. Frank's not in the movie and that might be because he didn't want to put any noses out of joint. Speaking of bent noses, the chick is Elizabeth Montgomery! She's an odd fit, and Allison Hayes or Mamie Van Doren would have been better. But being a fine actress, she's able to deliver stuff like "Johnny, I want you...now!"

The plot? It's about a gangster who gets even with a bunch of guys who didn't do anything to him. Money was spent on this, because there are scenes in old Penn Station one day and the next, Silva lobs a suitcase full of TNT into a swimming pool in in southern CA. And of course, there's Vegas.

None of the violence is very violent; Johnny simply goes about his business, bumping guys off, doing as little acting as possible. But the guys getting whacked do lots of acting. Mort Sahl, god bless him, has a tough time not laughing while getting executed. Just so you know, the ending is a blah 1960s ending that makes you wonder if they ran out of money.

While I wait for the Criterion Collection to discover Johnny Cool, I'm going to watch it again. The only other movie I can think of with familar faces in such suprising roles is A Face In the Crowd. Maybe there's a movie with Dick Van Dyke as a serial killer but if there isn't, Johnny Cool may be as close as you can get.

Thomas N. ThomasReviewed in the United States on June 10, 2019
5.0 out of 5 stars
Fast Paced and Well Written
Verified purchase
Some might look down on this film as being "low budget and low brow". However, in my view, everything about this picture works; the writing, performances, pacing and soundtrack. Henry Silva's portrayal of Johnny Colini is as violent and faced paced as the great Billy May score. Additional appearances by everyone from Telly Savalas to Mort Sahl and Elisha Cook Jr. are first rate and their performances all ring true. My guess here is that the death meted out to Johnny ("The Living Death") was probably a method employed by Sam Giancana. But the real honors go to the beautiful Elizabeth Montgomery ("...dearest, darling love") as Dare Maguyness. Her turn from jet-setter to gangster's moll to trapped accomplice is pitch perfect at each turn. Carried away by her thrill-seeking lifestyle, she comes face to face with the horrors of the real world and the "monsters" which inhabit it. From her red-hot desire ("I want you Johnny...right now!") to her all-too-late realization that she has trashed whatever may be left of her life, Montgomery gives a smoldering to white-hot performance. She was so much more than just "Samantha" on Bewitched. Bless her memory.
6 people found this helpful

SBC97223Reviewed in the United States on June 17, 2020
4.0 out of 5 stars
Not quite a Five Star Piece of Film History, but well done considering the topic in 1963
Verified purchase
Spoilers included for a proper review:
Elizabeth Montgomery carries this amazing piece of film history. She gets some great lines in and in the end takes control of her life, and righting the wrongs she managed to get herself into while taking awalk near the edge. Henry Silva is convincingly brutal as Johnny Cool as his dispenses a particularly code of justice within its element. But for that to truly make sense, we must listen for Dare as she says the bold for the day, "Intelligence is not confined to men!" Later, dare must clean up the mess she makes by setting Johnny up for capture by his foes who are arguably the slightly less evil. She realizes before this while telling "Suzy, Do you have any idea what goes o out there? While you couldn't. Underworld. I always thought it was a word for the movies. It is not. It exists. Right below. The Monsters." We do not learn how she recovers as she departs with the police.
This is a dark film in the end about making the best from a bad hand And, there may very well be no winners, just survivors. If you needed a slice of 1963 that is not nostalgic, Johnny Cool is an interesting trip.
One person found this helpful

Kindle CustomerReviewed in the United States on December 9, 2020
4.0 out of 5 stars
TV movie-ish, but better than usual for its time
Verified purchase
You'll recognize a half a hundred familiar faces from mid-century TV, but most played tougher characters than you'd expect. The violence and "sex" are not even PG-13 these days, but for the time were right up to the edge. Elizabeth Montgomery is outstanding. Henry Silva is perfect for the role. Sammy Davis, Jr. is perhaps the best of the bunch and cooler than the title character. Almost noir, the story is reminiscent of the Count of Monte Cristo at first, then spirals quickly to a proper, down-beat end which, nonetheless is open-ended. Makes me think there could be a modern sequel if the writing and casting were just right.

jaydroReviewed in the United States on April 29, 2016
3.0 out of 5 stars
An Enjoyable Curiosity
Verified purchase
What a weird little movie, not great, not flashy, but a lot of great character actors, and the editing and script seem to know exactly what they're trying to do and no more or no less. I liked that there was a lot left unsaid and unexplained, because it didn't need to be, which so many people seem to miss with movies like this. And what an ending. Nice to see a young Elizabeth Montgomery playing an ingenue.

It's mediocre, but head and shoulders above a Roger Corman film, and enjoyable as a curiosity. I completely understand both sides of the reviews here where some hate it and some love it--if it sounds interesting to you, then you will probably like it.
4 people found this helpful

Jack ShatterReviewed in the United States on January 12, 2012
4.0 out of 5 stars
"The International Murder Machine They Couldn't Turn Off! The Truth Behind 'Cosa Nostra' -- The Brotherhood of Crime!"
Verified purchase
J.F.K.'s brother-in-law Peter Lawford executive produced this stark b/w crime
thriller, and roped in Rat Pack pals Sammy Davis Jr. and Joey Bishop for bit
roles, and also Brad Dexter, noted for once saving Old Blue Eyes Sinatra from
actually drowning in the ocean. Fans of sixties' T.V. will also enjoy har-har-
ing Jim Backus, bald-but-sexy Telly Savalas, and delectable Elizabeth Montgomery
as the gorgeous gal that Johnny Cool makes into his moll.

A Mafia chieftain (the great cobra-faced Marc Lawrence) captures a notorious Sicilian
bandit (the tall, cruel-eyed Henry Silva), and grooms him for two years into a
cultured, well-dressed professional assassin. Now called "Johnny Cool," Silva is
sent to the U.S.A. on a coast-to-coast rampage of revenge on the "Don's" enemies.
In between murders, Johnny sweeps Liz Montgomery off her delightful feet. When
he is away, Liz weeps to her gal pal, "If I saw him now, I know I would crawl just
to be with him!" The lucky dog! Posing as cops, two rival hoodlums burst into
her hotel room, and abuse her most sorely. When Johnny returns and sees Liz
hurting, he pockets a Ginsu steak knife and goes to show those rats "It cuts,
it slices, or your money back!"

"Johnny Cool" was originally reviewed as a brutal, sadistic, vicious, non-stop
bloodbath. As a matter of fact, much of the violence is not shown directly,
and no blood is on display. What does come across is a completely ruthless
attitude on the part of Johnny, his employer, and also their enemies. I must
say the conclusion, rife with betrayal and fiendishly lingering punishment, should
chill you to your marrow. Dig the furioso jazz music by Billy May, and the
immortal "Ballad of Johnny Cool" (Sammy Cahn, Jimmy Van Heusen), sung over the
finale by Sammy Davis, Jr. "Johnny Cool" was "Headline Hot" in 1963, and it's
still pretty cool today.
17 people found this helpful

JohnReviewed in the United States on November 5, 2020
3.0 out of 5 stars
Okay
Verified purchase
I watched this moving because Elizabeth Montgomery is in it. It is an okay movie but the stilted performances and stunts by Silva and some others took something away from the movie. Even Elizabeth Montgomery seemed to have a problem coming off as believable. Even the dialogue came off as more like what you'd hear in a high school play. Having said that, the story line was superb so watch the movie for that.

Fred RexerReviewed in the United States on September 16, 2011
5.0 out of 5 stars
The Lost Rat Pack Movie
Verified purchase
In the early 1960's the Hollywood Rat Pack, made up of Frank Sinatra, Dean Martin, Sammy Davis, Peter Lawford and other so-called swingers of the era, were so popular that they could get any movie green-lighted. Consequently they produced a few great films and several notable turkeys. In my opinion, "Johnny Cool" is one of their best. It's got a fast-moving plot, lots of action and - like all Rat Pack films - beautiful dames. In this case the beauty is stunning young Elizabeth Montgomery a few years before her signature role in TV's "Bewitched." The story line is simple but plausible: an infamous Sicilian gangster is spirited away to the United States in order to kill off the leaders of an opposing mob faction. Surprisingly the story is very loosely based on fact; the real Salvatore Giordano, Henry Silva's character, was a tough Sicilian ganglord who became an American ally and renowned anti-Nazi guerrilla fighter during World War II. After V-E Day Giordano reverted to his criminal ways and was eventually gunned down by the local police. In the film Giordano's death is faked and he's transported to America as a hired gun. The film is in black & white which lends it a kind of gritty timeliness. Henry Silva, who made his bones playing heavies in movies like "The Tall T" and a "Hatful of Rain" before he struck gold in 1960's "Ocean's 11" is at the top of his game here. For those who like vintage action flicks I give this film my highest recommendation.
48 people found this helpful
See all reviews
Back to top
Get to Know Us
Make Money with Us
Amazon Payment Products
Let Us Help You
EnglishChoose a language for shopping. United StatesChoose a country/region for shopping.
© 1996-2022, Amazon.com, Inc. or its affiliates