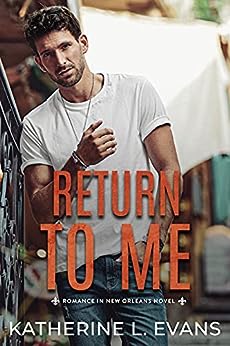 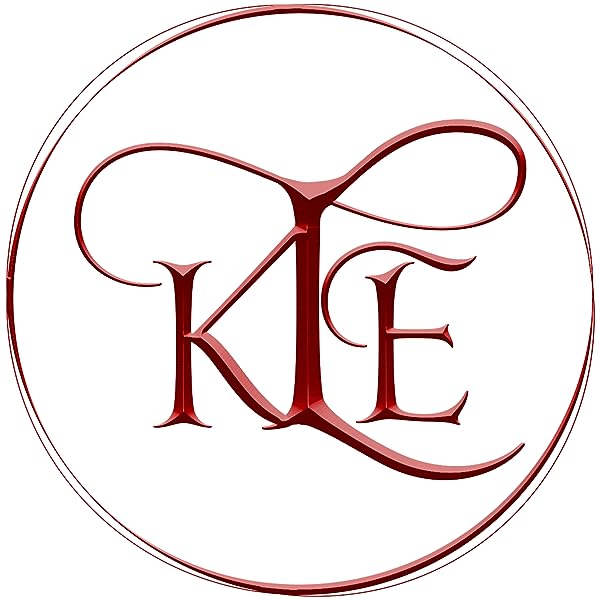 by Katherine L. Evans (Author) Format: Kindle Edition
See all formats and editions
Sorry, there was a problem loading this page. Try again.

She has a failing business, a meddling grandmother, and no time for love. Does a handsome local reporter from her past have what it takes to change her mind?

Ophelia McCarthy and Scott Latimer were perfect strangers when they barely survived a deadly Texas tornado. Seven years later, a chance meeting in New Orleans reunites them, but with her late grandfather’s antique shop struggling to stay afloat, romance is the last thing on her mind.

Scott is a new reporter for the New Orleans paper and needs a great story to start out with a bang. And an ongoing feature following Ophelia’s efforts to save her shop seems like a great way to prove himself to both the paper and to her. He gets to show off his skills to his new boss, she gets free publicity, and they get to spend a lot of time together. Score.

Unfortunately for Scott, he and Ophelia’s shared traumatic past keeps her completely closed off to anything more than friendship with him. He knows it won't be easy to convince the woman he believes is his soulmate to let him out of the friendzone, but that doesn't mean he isn’t going to try.

RETURN TO ME is a second chance romance, small town southern romance, and a friends to lovers romance all rolled into one unforgettable getaway to the Big Easy. This is the prequel to the ROMANCE IN NEW ORLEANS series and is a gripping introduction to the main cast of characters in this epic saga about friends who become family by choice.

The books in the Romance in New Orleans series are interconnected standalone romance novels, but should be read in numerical order to avoid spoilers from previous books.

Katherine L. Evans is an author of contemporary romance that’s shamelessly sweet, sexy, and guaranteed to bring all the feels. Known as simply KLE by people who know all her dirty secrets, her 20+ books are notorious for making readers fan their faces and then reach for the tissues.

When she’s not magically transforming coffee into angsty books, KLE can be found endlessly searching Netflix with her husband for their next show to binge, or running around the backyard chasing her other two favorite boys, her son and their yellow lab, Dave.

Find KLE in the wild by visiting the following places:

Callie Sutcliffe
5.0 out of 5 stars Heartfelt and beautifully written!
Reviewed in the United States on December 2, 2018
Verified Purchase
For someone whose never been to New Orleans, Katherine made the city alive and real to me as a reader. There's so much heart, life, and passion in the residents of the Big Easy.

Katherine takes her reader's through the unspeakable and beyond devastating natural disaster of Katrina. A couple who met through another life-altering event eight years before, are reunited before the catastrophic hurricane hits their city.

You will be taken through the reality of what the residents actually endured, why some refused to leave and how their livelihoods depended on them being there, and find yourself in the midst of the storm with these characters.

Love, music, art, and the sense of community are felt on every page. It is a must read in the world of historical fiction and romance. Be prepared to cry and have a box of tissues nearby. But, I can assure readers, they will be left with an unforgettable and true representation of Katrina and the residents of New Orleans!
Read more
One person found this helpful
Helpful
Report abuse

Kendra
5.0 out of 5 stars Wow
Reviewed in the United States on February 28, 2020
Verified Purchase
So much emotion!; there is a huge story plot and it is all work so well! So much angst and love! Tragedy, heartbreak, love, a perfect blend of all of it! Amazing job Katherine!!
Read more
Helpful
Report abuse

I loved everything about this book, from Katherine L. Evans’ wonderful writing style to the beautiful story and characters she created. The storylines are original and realistic, they grabbed both my attention and my heart and held it captive the entire book. The characters are complex and well developed, they are likable and easy to relate to. I adored and admired both lead characters, Ophelia for her inner strength, a strength she always had but never knew it until she reached for it and for her drive and determination to make her grandfathers business a success. Scott Latimer for his patience and good heartedness and for also following his dreams, determined to become a successful reporter & writer. The two met under tragic circumstances, it was a brief but meaningful meeting. It was during a time both wanted to forget but they never forgot each other. Years later they meet again, he is doing a news piece and she is trying to run the antique show her Grandfather left her a long side her Grandmother, who was a hoot. Scott is attracted to Ophelia but he has to go slow because she has self esteem issues but he does gain her trust and friendship. I loved these two together, they were perfect for each other. Also loved the descriptive details especially that of life in New Orleans, the big easy is not so easy. Great job capturing the struggles and times of Katrina and giving a glimpse of what it was like for some. This book is lengthy but do not let that scare you, it plotted out nicely and is so engrossing that you forget time and it seems to fly by. There is never a dull moment with plenty of drama, a bit of angst, some heartbreaking moment, heartfelt ones and a slow burn romance. Katherine L. Evans, thank you for this wonderful story and the emotional rollercoaster ride. I am looking forward to what comes next in this series, I hope it comes to Audible soon.

I listened to the Audible edition, Jeff Marcus is a terrific narrator and voice artist. He did a great job portraying the characters, bringing them to life and giving each their own voice, personality and attitude. You could hear how much heart he puts into his work as he projects the character’s passion & emotions into his performance. He is an entertaining storyteller and a pleasure to listen to. Thank for you this great listen🎧
Read more
Helpful
Report abuse

Lenna WB
4.0 out of 5 stars Clean and very touching story
Reviewed in the United States on February 18, 2019
Here’s a small spoiler, remember Hurricane Katrina, it plays a big part towards the end.

They briefly met in Austin, TX in a grocery store but they were caught in the story when they experience a tornado, Scott was relatively unharmed but Ophelia ‘Leah’ wasn’t as lucky, “Her flesh was splayed open at one side of her forehead and opposite cheek, exposing bone and gore, and it almost didn’t look real. The gaping cut sliced diagonally over the bridge of her nose and extended across her face, but missed both of her eyes.” This will be the change in her life and in her memory. That would be the last time Scott would see Ophelia.
7 years later Scott is in New Oleans for a reporter job when his path crosses with the girl he last saw bloody, with a noticeable scar she hides from people. Leah as she now goes by is insecure about her face and will not look at people in the eyes she’s always looking down, even when she hears a name she hasn’t heard out loud but written on a not he left for her all those years ago is standing in front of her she has flashbacks of death. Leah will try to keep Scott away from her but his is putting himself out there for her and she dont know what to do. These two will have tests and trials thrown their way even from her grandmother and her grandfathers business and a legacy he left for her to run after his death the same year as her accident, but these two are so stubborn it will take Mother Nature to get them to see their true love for each other.

Jill A. Freeman
5.0 out of 5 stars A Storm-Tossed Love Affair!!!
Reviewed in the United States on November 18, 2018
“ Joie de Vivre” by Katherine L. Evans is a tale of two storm ravaged lovers ...Scott Latimer and Ophelia McCarthy ....their first encounter featured a dangerous Texas tornado and a full seven years later ...they were dead center for another encounter with the fury of Mother Nature with the immensely destructive capacity of Hurricane Katrina...but not even the forces of nature can defeat these two...they are determined to be together no matter what comes their way....aided by the intoxicating splendor that is New Orleans or as the natives call it ‘Nawlins....the pull of the exotic romance of the city and it’s penchant for survival against all the odds ...these two combine their strengths to carve out a lasting HEA ....no twister can rattle...nor any tempest submerge. MUCH enjoyed and Highly Recommended.

I voluntarily reviewed an Advance Reader Copy of this book.
Read more
One person found this helpful
Helpful
Report abuse
See all reviews