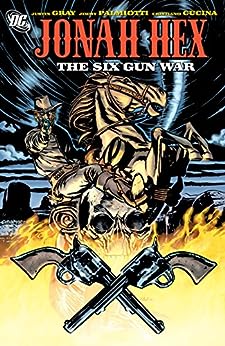 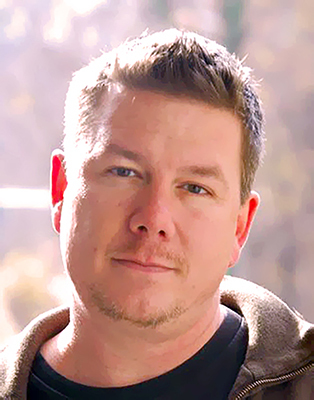 Quentin Turnbull is out for vengeance on the man he believes is responsible for killing his son-and that man is Jonah Hex! Bullets, broads and banditos abound in this 6-part story arc guest-starring El Papagayo, Tallulah Black and the always-charming Batlash! Collects JONAH HEX #44-49.
Read more
Previous page
Next page
Kindle e-Readers
Fire Tablets
Free Kindle Reading Apps
Available on these devices

Next 4 for you in this series See full series
Total Price: $39.96
Books In This Series (11 Books)
Complete Series 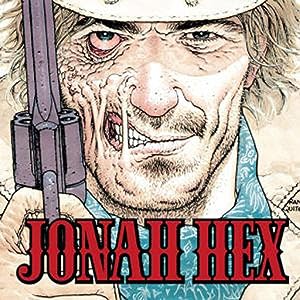 Justin Gray AKA JVGray, is an Eisner nominated and Ringo Award winning author, graphic novelist, scriptwriter, and video game writer. He has written hundreds of comics and graphic novels for publishers like Marvel DC Entertainment, DarkHorse, Image Comics and many more. previously worked as an advocate for victims of crime, a chef, a fossil hunter and a micro-photographer specializing in prehistoric insects and plants trapped in amber.

Evan Rodriguez
4.0 out of 5 stars All in all, a fun read for any Jonah fan, but newcomers should get more acquainted with the material before jumping in.All in al
Reviewed in the United States 🇺🇸 on July 17, 2016
Verified Purchase
Huge Jonah Hex fan. I try to read as many of his comics as I can, though I still haven't dug into the New 52 run. I heard that one was good, but back on topic. If you're not already a Jonah Hex fan, I wouldn't recommend starting here. I would direct you to the Jonah Hex origin story for that, it's honestly really good. Or go try that New 52 run, then come back. For all those of you like me and think Jonah is the most underrated DC character then welcome. This story has all 2 of Jonah Hex's arch enemies! They team up! So Jonah has to get his own team! They fight!
That's about it, which is why it loses a star for me. I get that it's a western and simple plots are standard of the genre but Jonah doesn't get to kill either of the bad guys. That was a huge letdown. El Papagayo gets his due in another story, but the reason for letting him live is so dumb here. I think it would have been better if he just got away instead. Quentin Turnbull almost dies but he lives too. I won't spoil what happens but the reasoning for him living made a lot more sense to me.
Don't get me wrong, I love both of these characters... It just took me out of the moment when I realized the status quo is exactly the same by the end of the story. Seemed like a waste of a big "Event". Personally, I prefer stories that effect things.
But speaking of characters, I really did like all of them. Jonah is a bad@$$. El Papagayo is a hilarious comic relief villain, the perfect foil to Quentin, his more serious partner in crime. I haven't even mentioned the people who help Jonah in this story. Tallulah Black is awesome, Bat Lash is a charming devil, and Lazarus Lane is... conflicted. If you don't know any of these characters before hand, this story isn't really a great jumping on point. I would definitely recommend the uninitiated to do a little research on each of the characters I just mentioned. It'll really lead to a better understanding of the text.
All in all, a fun read for any Jonah fan, but newcomers should get more acquainted with the material before jumping in.
Read more
Helpful
Report abuse

Joseph J. TruncaleTop Contributor: Boxing
TOP 100 REVIEWERVINE VOICE
5.0 out of 5 stars Another fantastic Jonah Hex tale that is full of the kind of action we have come to expect from our favorite bounty hunter.
Reviewed in the United States 🇺🇸 on December 11, 2013
Verified Purchase
I have become an enthusiastic fan of DC comics Jonah Hex series. This one, "The Six Gun War" begins with Jonah riding into a trap set by his enemies Quentin Turnbull and El Papagayo. Quentin shoots Jonah in the left shoulder and has his gang beat the hell out of Jonah. Quentin wants Jonah to suffer before he dies because he blames Jonah for killing his son during the civil war.

This volume is the first one I have read about some of Jonah's old friends. The most intriguing character is Tallulah Black, who is a mean and tough female bounty hunter whose scared face matches Jonah's ugly face. Tallulah also has a patch over her left eye and carries a sawed off shotgun. In fact, I consider her a female Jonah Hex. The other friends include is El Diablo, spirit of vengeance, and Bat Lash, gentleman gambler.

After Jonah recovers from his injuries he sets out for revenge with his friends to hunt down and kill Quentin Turnbull, El Papagayo and their ruthless gang of killers. You can always count on plenty of shooting action in these adult graphic novels, along with fights, unique characters and even some lust.

If you are a Jonah Hex fan I am sure you will want to check out "The Six Gun War."

Hermgerm
5.0 out of 5 stars Vengeance is mine, sayeth Hex!
Reviewed in the United States 🇺🇸 on July 12, 2010
Verified Purchase
Seriously, who in their right minds wouldn't give this trade paperback 5 stars? It's so good that I've reread it a couple of times already even though it's only recently been released. I just can't seem to get enough of Jonah Hex, DC's scarred bounty hunter from the Old West!

For those Hex afficionados out there you will be delighted to hear that several of the supporting cast (if you can call them that) make appearances, among them Bat Lash, El Diablo, and even Tellulah Black, the scarred gunwoman embroiled in a weird love/hate relationship with Hex. Together they take on Quentin Turnbull, Hex's arch-nemesis, and the madness of the Mexican bandit El Papaguyo, not to menton a cadre of the most ferocious killers from foreign lands all eager to carve Hex another pretty face. Gunplay and all manner of bloodshed follow, and Jonah ends up getting more than he bargained for. Brilliant art and some amazing writing make this trade another winner. For those of you new to the world of Jonah Hex feel free to get on the bandwagon as the stories are often completed in single issues, making it easy for new readers to jump in at any point. Applause for Jimmy Palmiotti and Justin Gray for writing such an amazing title that has stayed fresh even after almost fifty issues. Buy this TP, and the others preceding it. Trust me, you'll be glad you did.
Read more
3 people found this helpful
Helpful
Report abuse

George Hagenauer
3.0 out of 5 stars A lot of shooting not much story
Reviewed in the United States 🇺🇸 on November 6, 2022
I have been a Jonah Hex fan since the first appearance decades ago in All Star Western. I was missing some sections of this phase of the series and decided to fill them in by getting the 4 graphic novels. I have enjoyed The Gary Palmiotti series but this just didn't work for me. It seemed uneven/choppy and the characters didn't work as well as usual (part of the problem probably being too many of them) Review 897
Read more
Helpful
Report abuse

Apollinero
5.0 out of 5 stars Excellent
Reviewed in the United States 🇺🇸 on January 7, 2013
Verified Purchase
This is what all comics should be. Simply excellent. I need to have 11 words total in this review, so here they are.
Read more
Helpful
Report abuse

S. Penrose
3.0 out of 5 stars Not what I wanted for the first big arc
Reviewed in the United States 🇺🇸 on April 14, 2019
A definite change in story telling style compared to the previous books. Gray and Palmiotti deliver their first big arc, a six-parter. Honestly, it read more like fan fiction than what has come before. It wasn't bad but the authors have done so much better in the past. The art by Cucina was very solid though. Overall, a fine book that just doesn't live up to its history.
Read more
Helpful
Report abuse
See all reviews
Report an issue
Does this item contain inappropriate content?
Report
Do you believe that this item violates a copyright?
Report
Does this item contain quality or formatting issues?
Report